With a moving cloud cover and light drizzle in the air, our day's beginning Jeep meanderings led us out of the Park heading east.  Turning north on Stirlings Line I glanced in my rearview mirror and saw a momentary splash of sunshine far behind us.  Stopping, I quickly hopped out of the Jeep and took this post's first and last photos.  Seconds later the Sun was gone again.  Minutes before that on Bayfield River Road I had spotted the furry face cow guys in a recently harvested cornfield.  (Highland Cattle) 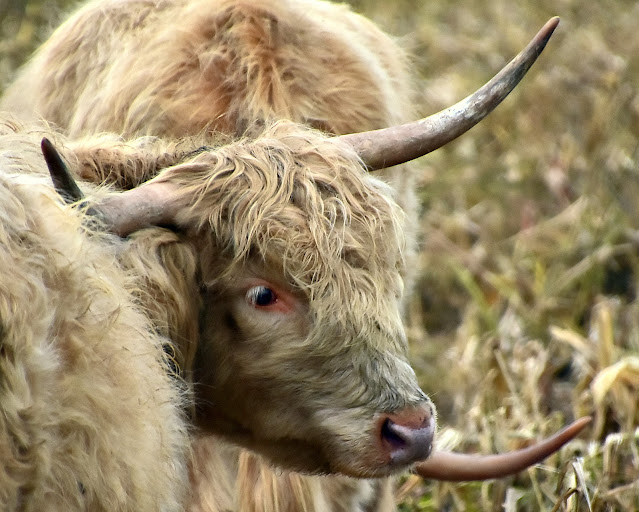 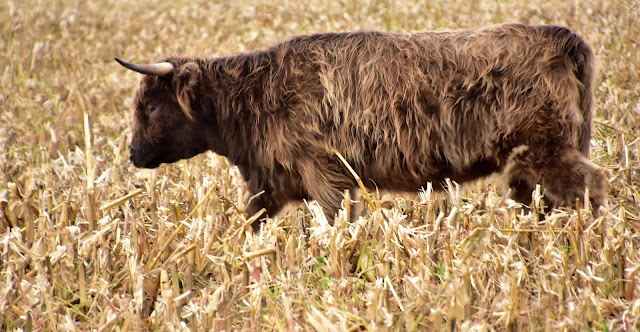 Continuing east again we eventually wandered ourselves over to the Hullett Marsh.  Not much stirring out there and the only sound in the air was a large multi-engine jet aircraft flying low and slow somewhere overhead just above the low hanging mottled cloud cover.  Following its sound, I thought it most unusual as that large jet slowly wandered back and forth around the area for the best part of ten minutes before its engine sound slowly faded away somewhere out over Lake Huron.  In all that time the engines never powered up or down, they remained in a steady idle.  I knew it was a large jet because of the many times I've heard jets coming and going at Pearson International Airport in Toronto plus the many air shows I've attended years ago.  The large jet aircraft was way out of place for this area. 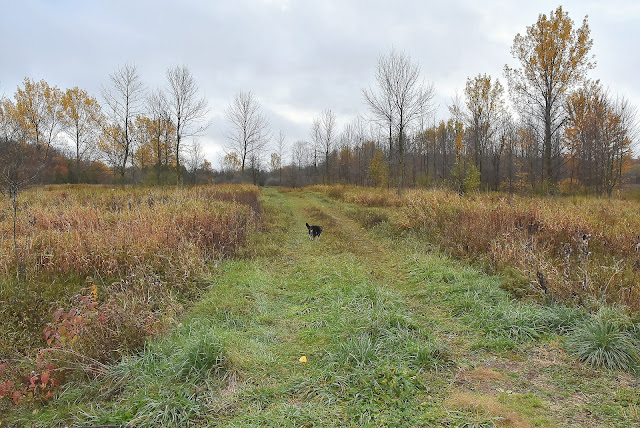 Managing a short walk in the marsh dodging around through rain sprinkles I couldn't help but think how fortunate I am having first developed a photography interest many years ago.  How lucky I am in these latter years that that interest has stuck with me for so long and has ended up giving me this wonderful hobby.  If it were not for photography (and the Pheebs) there probably would not be any morning Jeep rides and for sure there would be no blog.  My reward for this photo hobby of mine is simply being able to freely share these many photos of mine with so many people each day.  I don't know what other things I would be enjoyably filling much of my day's with but whatever it might have been I don't think it would have given me the enjoyment and rewards photography has.  Yes, I am truly a lucky fellow to have something to creatively focus on each day as my eyes continuously scan for the beauty I see in so many things. 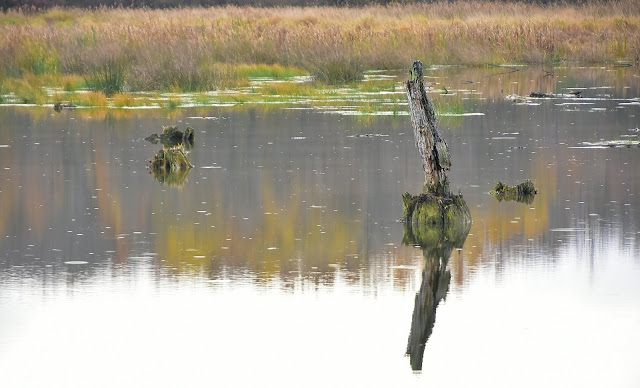 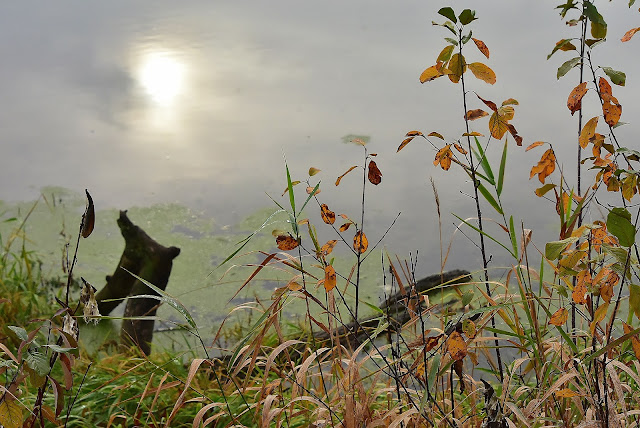 Morning's rain steadily increased so we headed for home.  More rain followed and continued for much of the afternoon.  Aside from feeding the birds, I stayed inside out of the cold 38F wetness for the rest of the day.  There was no afternoon walk for Pheebs and I so I resumed my familiar daily pattern of reading and snoozing.  Sunshine predicted for Wednesday. 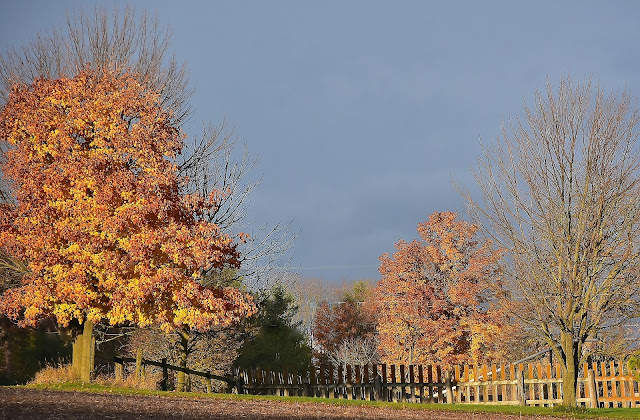 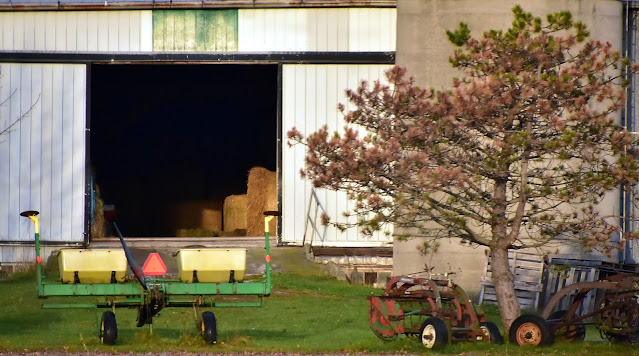 Maybe only temporary but at least for now, I have managed to sidetrack myself away from the looming possible disaster approaching in American politics and all the worldwide pandemic issues.  Through my Kindle reader, I have re-immersed myself in a subject I have had a long time interest in.  A subject that as of late has once again rapidly been gaining strength in the non-fiction true believability realm.  UFO's and Extraterrestrials.  Fascinating stuff and as evidence continues to grow I am convinced more than ever of its validity.   For now anyway, I have replaced much of my upsetting cable news channel watching with page-turning educational reading time.  And I am feeling a snap better about things because of it:))

Whether right or wrong I stopped all my medications a week ago in an effort to see if I would feel any different and hopefully better.  With prescribed diabetic, arthritic, cholesterol, blood pressure, and urinary pills I have to wonder sometimes how all those meds could be reacting with each other.  Could they somehow be the cause of my continuous tiredness?  I will give it another week and see if I notice any changes.  Oh by the way, about that Huron County Swamp Python.....ya, it was just a broken-off tree limb in the water:)) 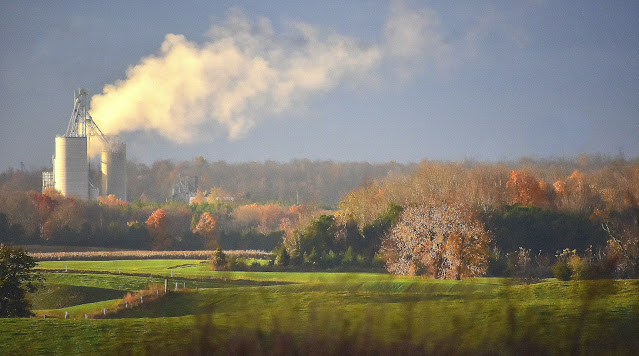 GROANER'S CORNER:((   A guy is going on an ocean cruise, and he tells his doctor that he's worry about getting seasick.  The doctor suggests, ''Eat two pounds of stewed tomatoes before you leave the dock.''  The guy replies, ''Would that keep me from getting sick, Doc?''  The doctor says, ''No, but it'll look real pretty in the water.''

- Doctor, doctor, I keep thinking I'm a snail.Don't worry, we'll soon have you out of your shell. 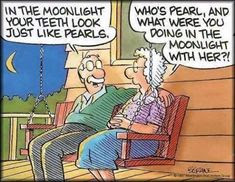