It was shortly before 9 a.m. when a familiar and expected burgundy van came slowly around the corner and pulled into our driveway.  It was Richard of course and we were soon off on our first of two country road coffee runs of the month.  A couple carrot muffins to go with two McDonald coffees to wash the crumbs down and we were soon off around the town of Goderich and out into the countryside.  Lots to talk about with many things to bend and twist in an effort to make some kind of sense out of everything.  In this day and age, it grows tougher by the day to keep our reality-based common sense and logical thinking at the forefront of our discussions without being bowled over by today's increasing illogical madness.  But somehow, and I'm not sure just how, we both seem to come out the other side of our conversations a wee bit the wiser.  Well,  it sometimes seems like that anyway.  Not much else going on here today.  Temps are once again going up and the humidity is slowly creeping back in.  Did a little more polishing on the rig but soon tired out and came inside.  Must have used up all my Thursday energy on Wednesday. 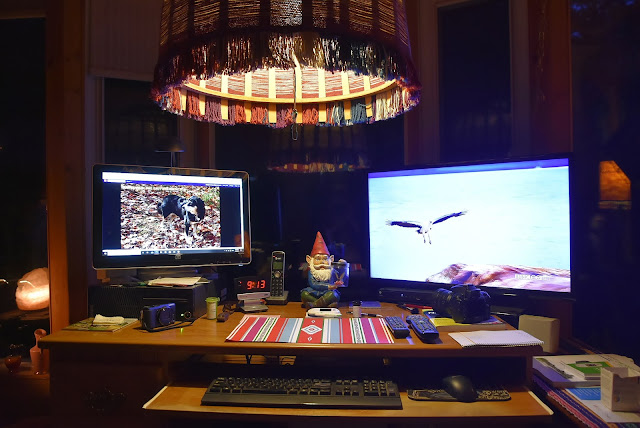 GROANER'S CORNER:(( A pastor who was badly overworked went to the local medical center and was able to have a clone made. The clone was like the pastor in every respect--except that the clone used extraordinarily foul language. The cloned pastor was exceptionally gifted in many other areas of pastoral work, but finally the complaints about the dirty language were too much.The pastor was not too sure how to get rid of the clone so that it wouldn't look like murder. The best thing, he decided, was to make the clone's death look like an accident. So the pastor lured the clone onto a bridge in the middle of the night and pushed the clone off the bridge.
Unfortunately, there was a police officer who happened by at that very moment and arrested the pastor for making an obscene clone fall.
----------------------
A man pulls up to the curb and asks the policeman, "Can I park here?"  "No," says the cop.  "What about all these other cars?"  "They didn't ask!"
A man was found guilty of overusing commas.  The judge warned him to expect a really long sentence.
============== 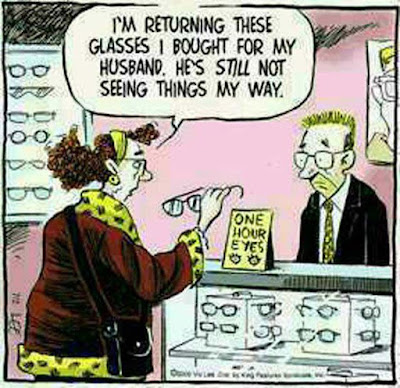