ON HOW I LOOKED FORWARD TO THAT FOR THIRTEEN STRAIGHT YEARS

We could hear the slow approaching storm long before it reached us.  A low rumbling almost inaudible sound confirmed what our live radar map was showing us.  The storm was about a third of the way across Lake Huron, headed our way, and stretched back far enough to almost cover the State of Michigan.  Within the hour it was here.  Kelly and Pheebs barely made it back from their morning walk before the heavy rains hit.  Undaunted by all that water falling from the sky Pheebs and I made a mad dash for the carport.  Minutes later we were sloshing our way to Bayfield for a wee drive-around the village.  Less than half an hour after that we were on our way home again.  There would be no country roads or forest walks for us guys this morning.With cooler air upon us it was a perfect time to concentrate my efforts on a final push to finish up our carport's storage area deep clean-up and reorganization.  Even managed to set aside some stuff for the Goodwill store.  We just got way too much old stuff we don't need. 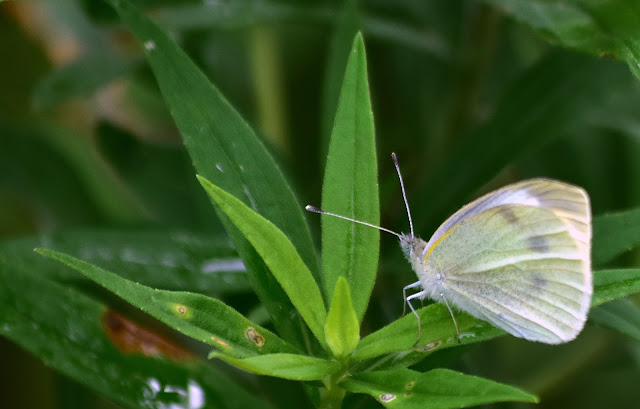 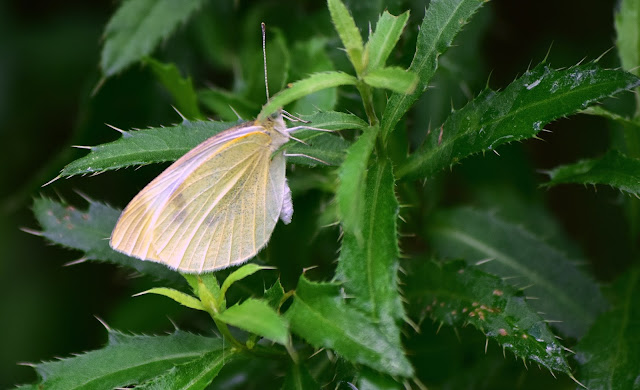 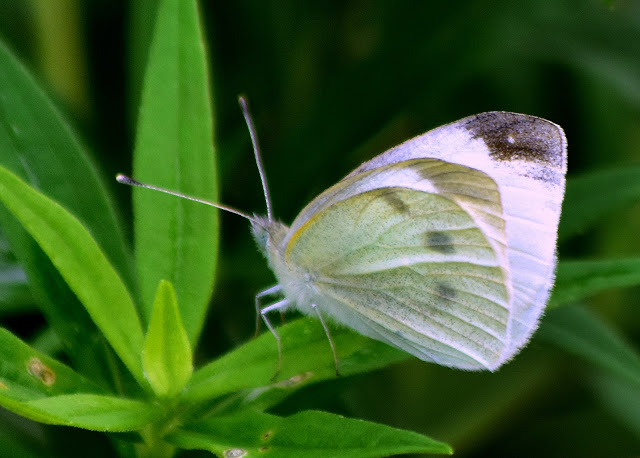 Morning rains finally let up by early afternoon  followed by slowly clearing skies.  Luckily the air remained on the cooler side so Pheebs and I headed out for a muddy mid afternoon walk managing a few photos along the way. 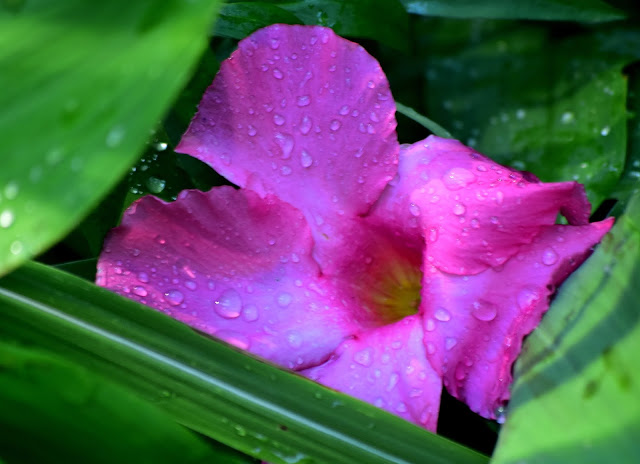 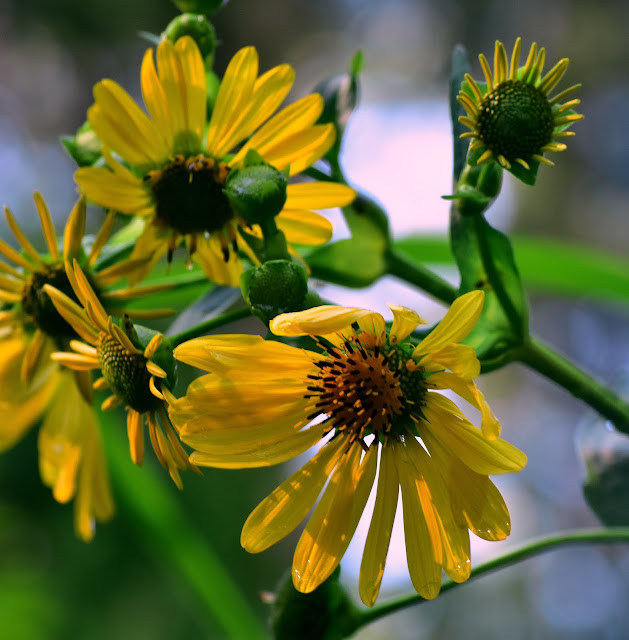 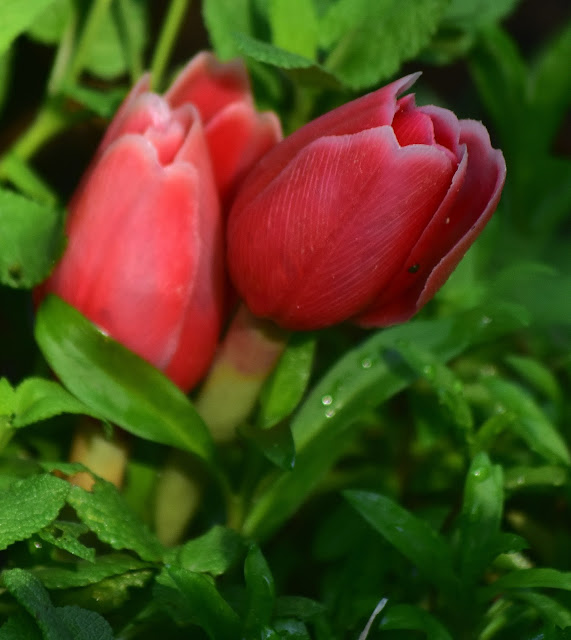 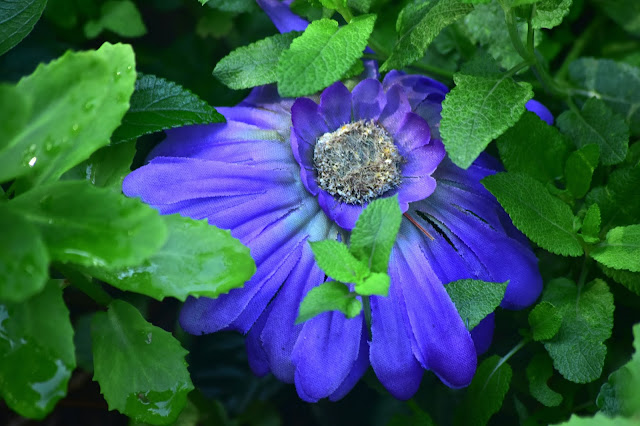 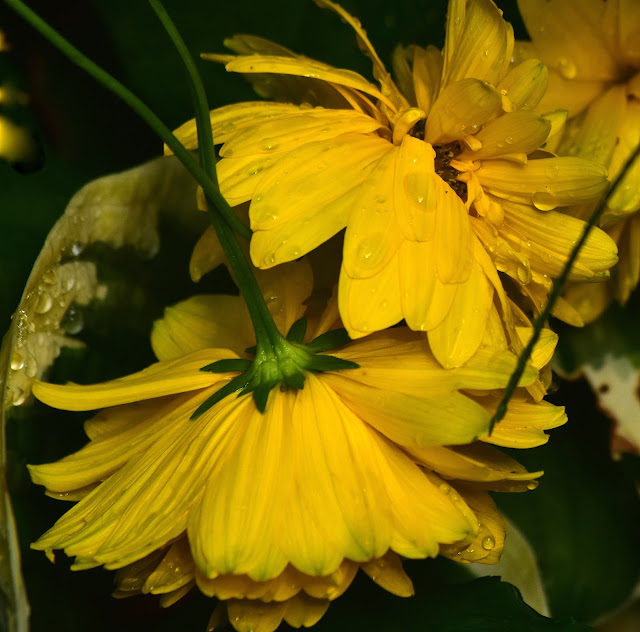 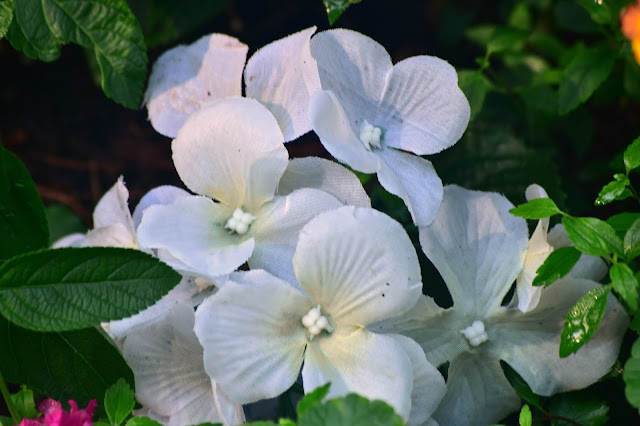 In our past RVing days it was always about this time of year I began to look forward to our future travels and begin to patiently count down the days to our usual third weekend in October departure for the Great American Southwest.  Oh how I looked forward to that for 13 straight years.  And especially so in the first half dozen years when the excitement of travel was at its highest peak for us.  Heading for the Southwest in the Fall and coming home in the Spring were always two of the years biggest things to look forward to.  We always thought of the Southwest as our second home because we would spend almost half of the year there sometimes.  Loved being in the States so much we even bought a house in Arizona once.  Spent four great Winters there.  Sure glad we sold it when we did though with the way things are now.  No regrets.  Don't know if we'll make it back to our beloved Southwest one more time or not but I sure have my heart set on returning to the ever beckoning mountains and deserts someday.  The fiery sunrises and sunsets.  And the endless starry night sky stretching from mountain top to mountain top.  The wind whispering through the Saguaros, coyotes howling in the crispy night air, and the Curved Bill Thrashers and Cactus Wrens piercing the sunny desert air with their chattering calls.  Yes, there is a strong yearning in me to once again return to our home away from home someday......................... 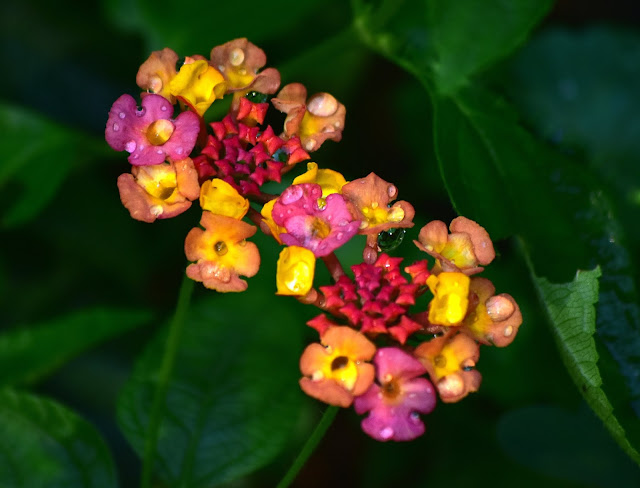 GROANER'S CORNER:((    A drunk was walking down the sidewalk with a limp. A man coming in the opposite direction noticed that he only had one shoe on. The man said to the drunk, "Hey buddy, what's the matter, lose a shoe"? The drunk replied, "Nah, found one".

ATTORNEY: What was the first thing your husband said to you that morning?WITNESS: He said, 'Where am I, Cathy?'ATTORNEY: And why did that upset you?WITNESS: My name is Susan! 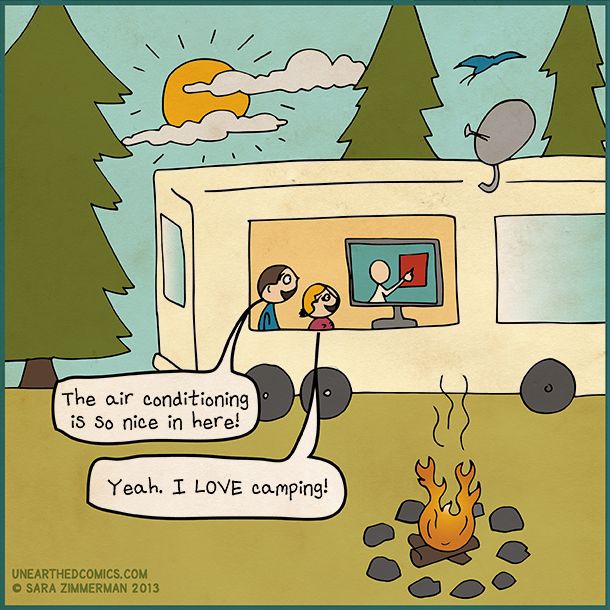 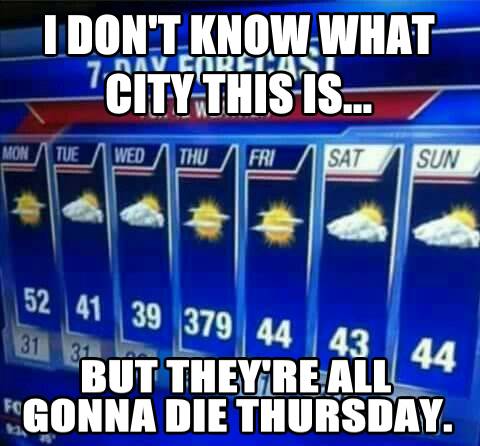