Rainy morning but no matter, at least it was finally comfortably cooler.  Pheebs and I splashed our way around the countryside for a while grabbing a coffee to head home with at Seaforth's Tim Hortons.  Incoming dark skies out over the lake told me we were in for some stormy weather and as it turns out tornado warnings had already been issued.  On the 6 o'clock news tonight they said a mild tornado touched down north of Mitchell Ontario, just a few miles east of Seaforth. 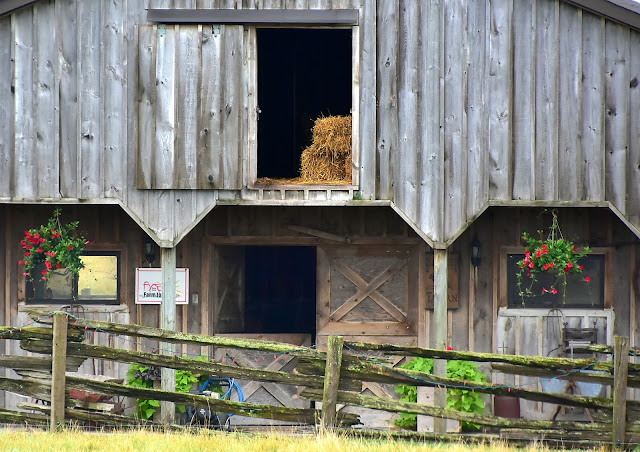 Kelly headed off to Goderich for breakfast with her daughter Sabra and two boys.  I puttered around in the RV running a Sirius Satellite Radio antennae wire from the dash to an out of the way spot up in the overhang atop the cab.  Rearranged a couple things in the rig and figured out a few traveling and stationery set-ups.  At some point, we will add a second coach battery to the rig but it's not likely we will do another solar install.  It all depends of course on how our RV future turns out.  No way of knowing at this point.  Not just for us, but for the majority of other Canadian RV'ers this side of the border hoping to go south this winter as well.  However, we do plan on hitting the road as soon as this miserably hot weather ends.  Our travels will likely take us northwards into Bruce, Grey, and Simcoe Counties.
Although we haven't gone anywhere yet we sure are enjoying having our little Winnebago sitting in our driveway's RV parking spot.  By our enthusiasm, you would think it was our first RV.  It's our ninth.  Kelly busied herself this afternoon putting shelf paper in the cupboards.  Test fired the propane stove and water heater with both working perfectly.  I like it when things work.   I'm still sorting stuff and slowly adding RV related things to the rig.  It's all coming together very nicely and we are happy campers even though it has been well over a year since we last went anywhere.  By the way, the last time we did go somewhere was to New Mexico, Arizona, California and back with a whole bunch of stops along the way:)) 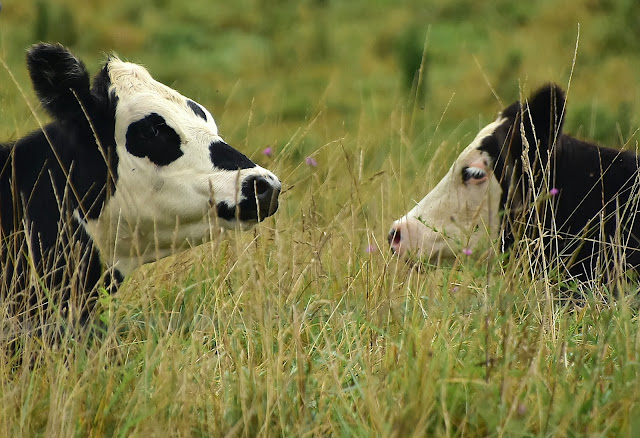 GROANER'S CORNER:(( An Irishman Declares War::
Vladimir Putin is sitting at home when the phone rings. He picks it up and says "Hello". The voice at the end of the phone says "Hello Mr. Putin, it's Paddy here. I'm just ringing to let you know that we've declared war on your country." Putin smiles to himself, "Come on Paddy", he says, "there's no point you declaring war on us, you wouldn't stand a chance." Paddy replies, "No, no, we've had ourselves a meeting, and we've decided to declare war on you."
So Putin says, "OK Paddy, now listen, I've got an air force of over ten thousand planes, what kind of air force have you got to match that? It'd be over in no time." So Paddy says, "Well my lad's got himself a hot-air balloon, and my brother used to work at an airport." Putin laughs, "Oh come on, you've not got a hope". "Hold on a sec, Mr. Putin, ", Paddy says, "we'll just have a quick meeting." So off he goes and has a quick meeting. "Are you still there Mr. Putin?  So Vladimir Putin says, "Right then Paddy, well you know, as well as the air force, we've also got about ten thousand tanks. How are you going to match that." "Well," Paddy says, "I've got an old Austin, and my cousin down the road has got a tractor." "Get real, " says Putin, "that's no match at all."   So Paddy says, "Hold on, I'll just go and have another meeting." "Are you still there Mr. Putin? Yes, well we've had our meeting, and we've decided that we're still going to declare war."  Vladimir Putin thinks this is just amazing, "Well how many soldiers have you got Paddy?". "Well," says Paddy, "there's me, my kid, me 4 cousins, and they all had sons, and there's Bill down the road.... I reckon I could get together about 30." Laughing openly now Putin replies, "Come on Paddy, I've got a hundred thousand highly trained fighting men at my disposal. I think you'd better go and have another meeting." "I will", says Paddy, "I will.""Are you still there Mr. Putin? Yes, well we've had our meeting, and we've decided that we're not going to declare war on you after all." "At last, " replies Vladimir Putin, "What made you change your mind?" "Well, it's those hundred thousand soldiers you see. We can't declare war on you because we've not got the facilities to keep all those prisoners!"
----------------------------
Little Henry sits at the dinner table. He reaches for his plate, picks up a chicken leg, and starts to eat. His mother says, "Henry did you wash your hands?"  Henry replies, "No! I don’t want my chicken to taste like soap, mom!"
====================== 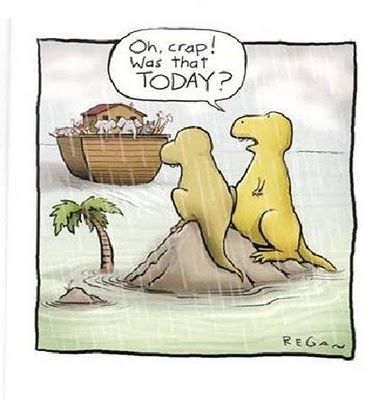