I DO WELL UNDERSTAND AND ACCEPT THE SERIOUSNESS OF IT 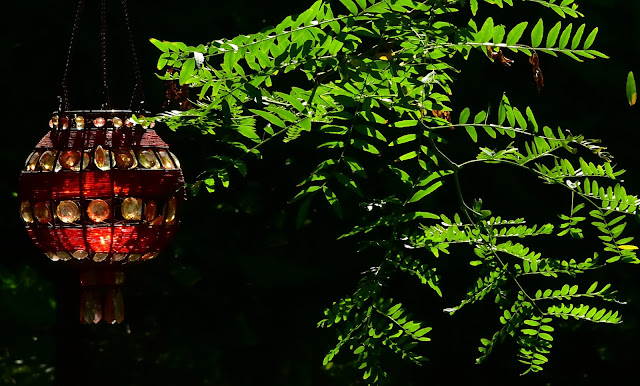 Our heat and humidity have returned again and that, of course, has me grumbling but I'll try not to burden you with too much of my grumble so let's move on shall we. 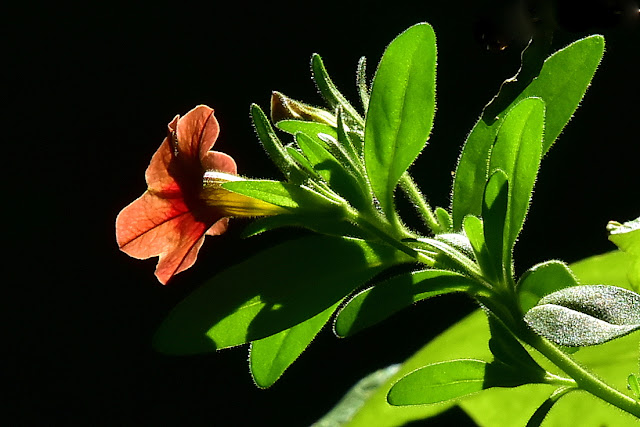 Okaaaaaay, alrighty then, where do I go from here??  Oh Dear......well it was up to Goderich for Pheebs and I 'again'.  Quick stop at Walmart and another one at the Canadian Tire Store.  Say, didn't we just do that same thing a couple days ago?  Down to the harbor and Cove beach area we went to savor a few shady minutes in the cool breeze coming off Lake Huron's placid waters.  Homeward bound there were no windows down to enjoy cool air swooshing through the Jeep.  Just didn't have any cool air to swoosh.  We rolled along with windows rolled up tight and the A/C maxed out.  Pulled into our carport and quickly transitioned from cool Jeep air to cool house air.  And that was it for the day as far as getting anything outside done. 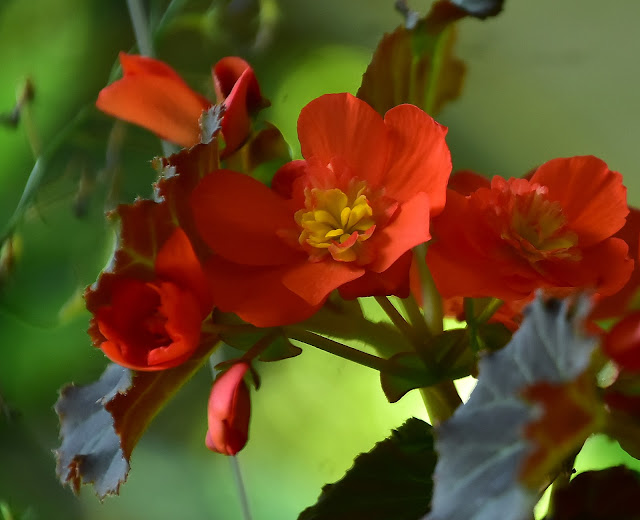 The house beside us has been sold with new owners taking possession at the end of this month.  We now wait with fingers tightly crossed that the owners will be older, mature, and quiet respectful people.  It is the way our Park is supposed to be and for the most part, almost always has been.  'PLEASE'.......no noisy neighbors with loud music, slamming car doors, and late Saturday night parties.  Come October 31rst we will have been living here in our little Park for 18 years and we'd kinda like to stay for a few more years if we can.  And mentioning our Park.....as far as we can figure it is no longer for sale.  There was a deal on the table a year ago but it fell through.  A marriage split up between our Park's owners blew everything sky high and when the dust settled it seems the male side of the marriage split has taken over sole ownership of the Park.  Work continues on the new Park roads back through the forest with the proposed intention of 'someday' adding new units to the Park.  Keyword there of course is 'someday'.  As far as we are concerned......the longer the better. 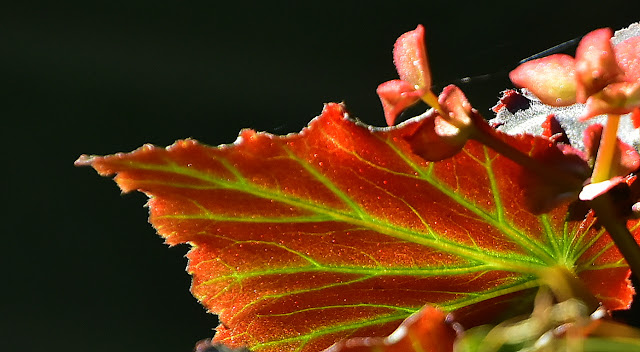 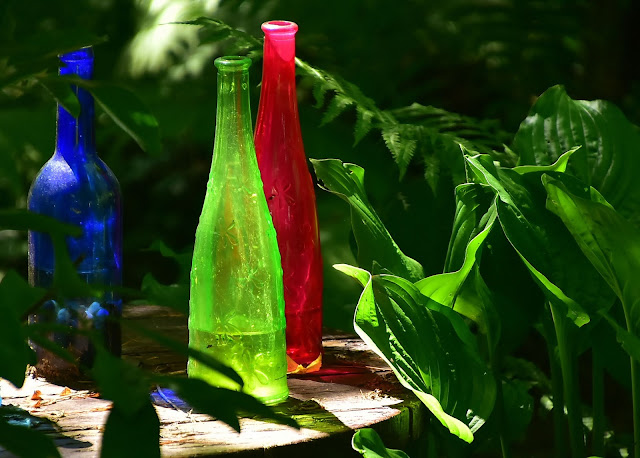 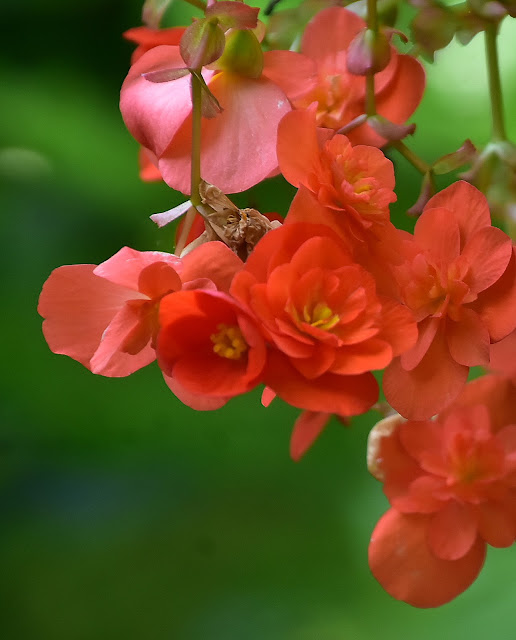 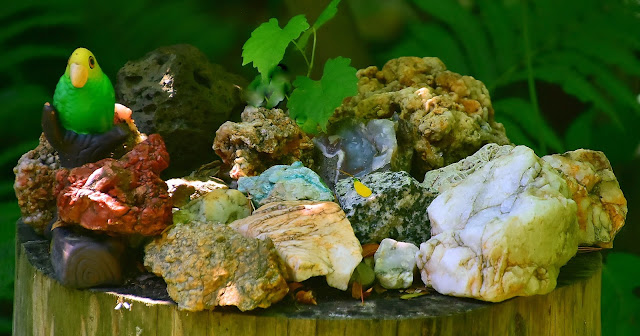 So I go into the Canadian Tire Store this morning with my little notebook in hand to look for a few items.  I have one of those items in my hand when I notice a store customer walk by me with a mask on.  Then I see another customer down the aisle with a mask on as well.  But it wasn't until I saw the third masked person that my mind clued in.  I put my hand up to my face and sure enough, I didn't have a mask on.  I had totally forgotten to do that.  Well, I felt like I might just as well have been standing there without my pants on.  I quickly returned the item I had in my hand to the shelf and hustled myself back out the door before I became the rather obvious center of unwanted attention.  Retrieving my mask from the Jeep I re-entered the store, resumed my shopping, and quickly got the heck out of there so I could once again resume my normal breathing.  Just two short days ago Kelly did the same thing when she accidentally entered two stores without her mask on too.  This mask-wearing is taking a bit of getting used to but I do well understand and accept the seriousness of it.
GROANER'S CORNER:((   10 Reasons Why God Created Eve::
10. God worried that Adam would always be lost in the garden because he knew men would never ask directions.9. God knew that Adam would one day need someone to hand him the TV remote because men don't want to see what's on television, they want to see WHAT ELSE is on television.
8. God knew that Adam would never buy a new fig leaf when the seat wore out and therefore would need Eve to get one for him.7. God knew that Adam would never make a doctor's appointment for himself.6. God knew that Adam would never remember which night was garbage night.5. God knew that if the world was to be populated there would have to be someone to bear children because men would never be able to handle it.
4. As 'Keeper of the Garden' Adam would never remember where he put his tools.3. The scripture account of creation indicates that Adam needed someone to blame his troubles on when God caught him hiding in the garden.2. As the Bible says, 'It is not good for man to be alone.' He only ends up getting himself in trouble.AND the #1 REASON WHY GOD CREATED EVE is ...When God had finished the creation of Adam, He stepped back, scratched his head and said, 'I KNOW I can do better than THIS!!'
---------------------------

“The butcher asked if I wanted my meat measured in pounds or kilograms. I said either weigh would do.” 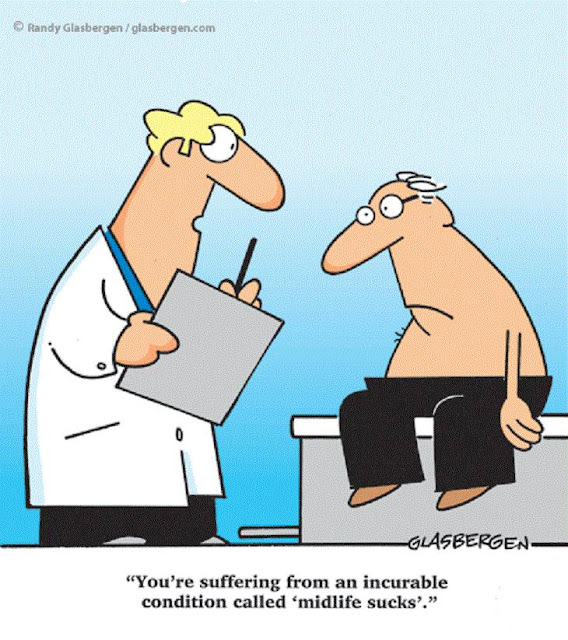