I WAS CLOSE BY IF I WAS NEEDED

A change of routine this morning due in part to a temporary break in our continuing hot and humid weather.  Instead of Pheebs and I heading out in the Jeep we piled into the Winniegator and headed the short distance over to Richard's place.  Even hotter weather is on the way so figured we had better take advantage of this morning's slightly cooler temperatures.  Ever the innovative engineer Richard, as well as ourselves were looking forward to a few more renovations in our rig. 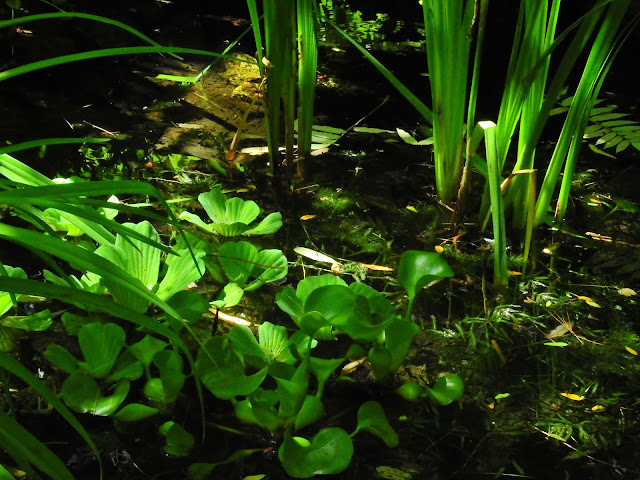 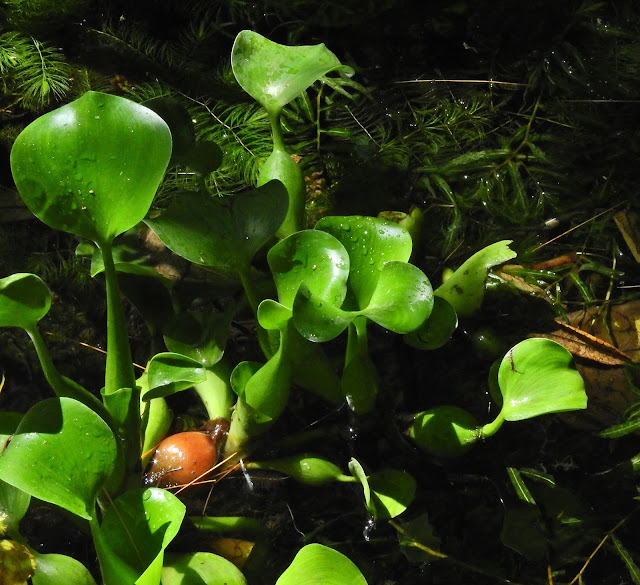 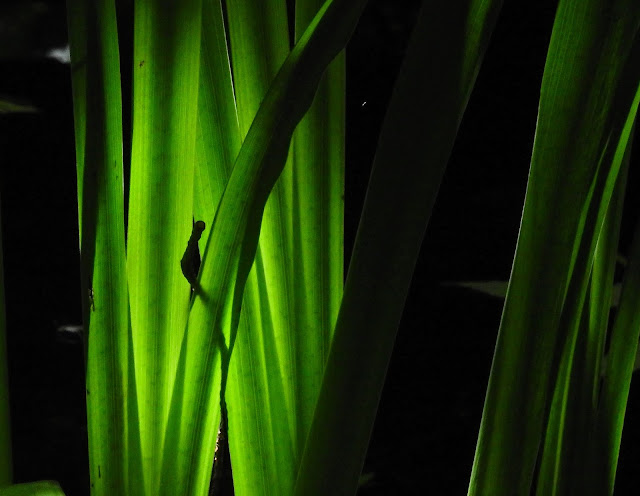 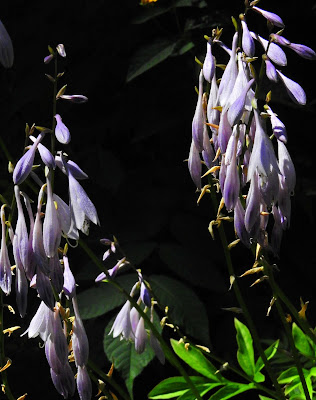 Arriving at 9 Richard wasn't long in getting at things.  He took apart and fixed our bathroom fan, replaced some grill work around our micro-wave, removed some remaining dining room table hardware from the wall, and measured things up for a new shelf/table beside my chair under the dining/living room window.  I busied myself outside cleaning and waxing the bottom driver's side section of the Motorhome.  I was close by if6 needed.  Heavy on the word 'if'.  Heat was building so we broke for coffee around 11.  Kelly rolled in from Goderich with some curtain rod hardware which Richard will also install.  Gayle came out and we all had ourselves a chin wag in our coach.  Leaving the rig there Kelly, Pheebs, and I came home shortly after 1 p.m.  There was no going back outside for a few hours except to straighten up the cooler shady carport a bit.  Too hot!!  With shadows lengthening after supper enabling us to stay out of the Sun, Pheebs and I did finally manage ourselves a walk back through our Park's forest. 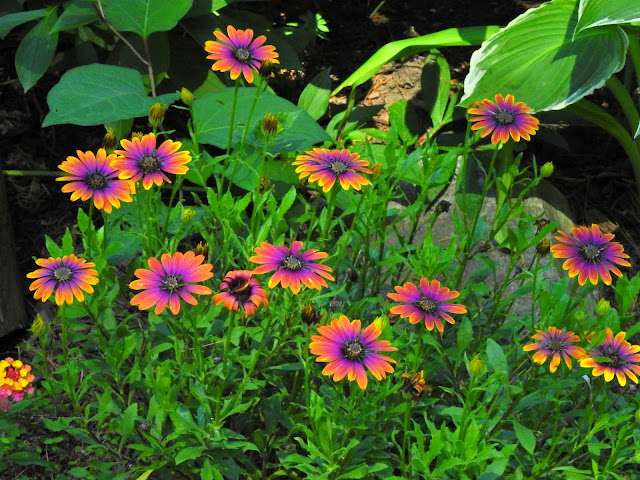 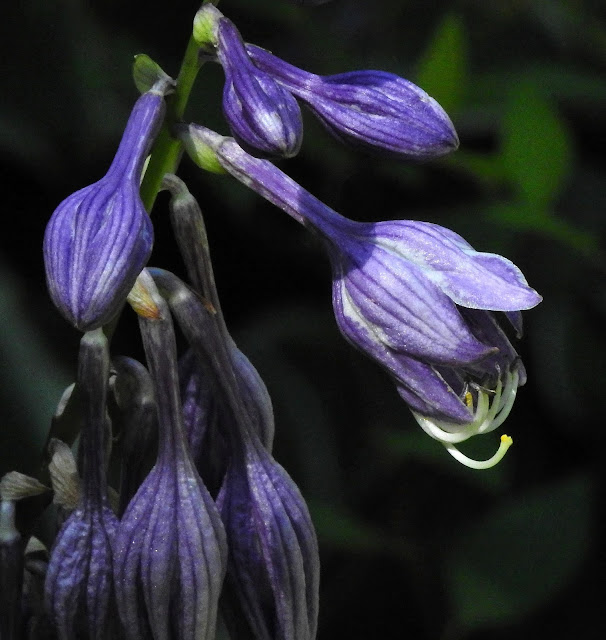 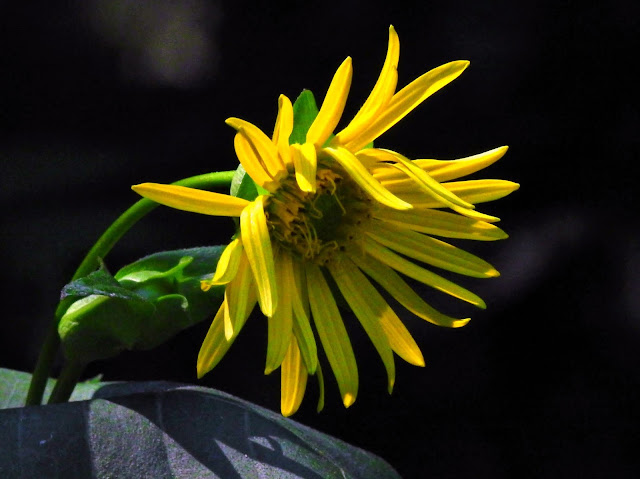 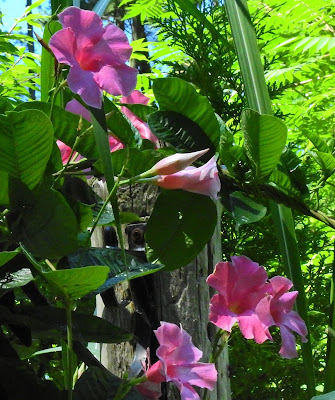 It was later in the afternoon when I realized I didn't have any photos for tonight's post so I had to take myself outside on a wee Safari around our front yard.  I was actually surprised to see a frog in our frog pond.  For some unknown reason our pond has remained mainly frogless this summer. 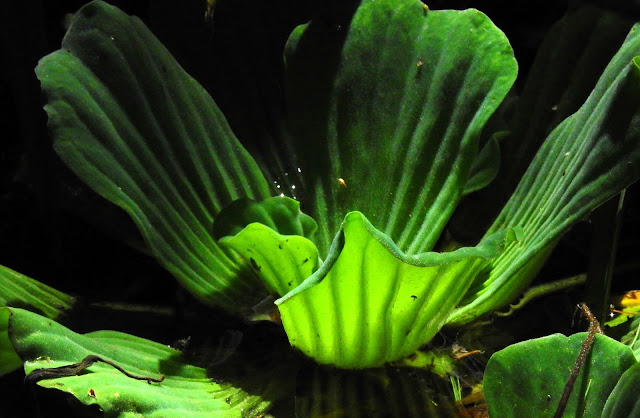 GROANER'S CORNER:(( Brad and Mike are two old retired widowers who reside close to each other and do constant welfare checks on each other. Much of their relationship is based on pragmatism rather than real friendship or personal affection.
One day, as he drinks his morning coffee, Mike opens the morning paper and turns to the obituaries page. He gets the shock of his life when he sees his own obituary in the column. He realizes that the query for info on him by the local newspaper several months earlier, was in preparation for this event. He correctly surmises that it is a mistaken entry from their database.It still excites and rankles him, so he calls Brad up."Brad, are you up yet?" asks Mike.Brad sleepily answers, "Yeah, but I'm only now starting my coffee.""Brad, open the newspaper to page 31.""Why, what's in the paper?""Brad, get the paper and open it to page 31 NOW!""Ok, Ok, I've got the paper here, so what's in page 31?""Brad, open the paper to page 31 already!""All right, don't be such a pain so early in the morning already. So, what's on page 31 that's so important?""Brad, look at the bottom of column 4.""Why? What's that story on?""Brad, read the story on the bottom of the column already!""OK, OK, I'll start reading the column if you stop yelling in my ear!"The paper rustles for a few seconds, then a long silent pause ensues...Finally, Brad comes on the line quietly and fearfully asks, "So Mike, where are you calling me from right now?"
=====================