HAD TO SCRAP MY FIRST POST TODAY AND START OVER 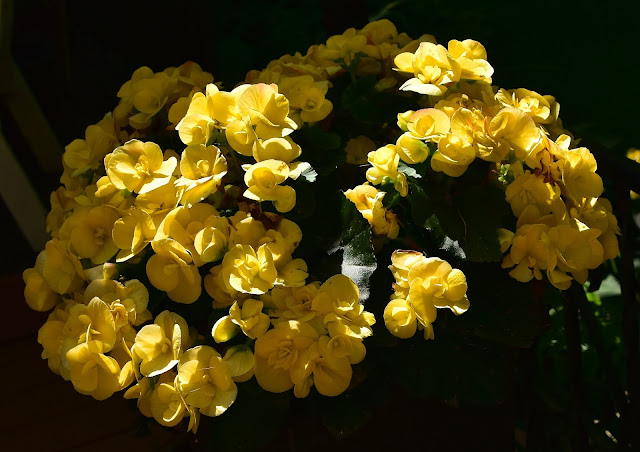 Well, the post I originally wrote for today turned out way too gloomy and I had to scrap it and start anew.  Events south of the border and their repercussions for we Canadian RV'ers sometimes get me down and that along with a few other related things can occasionally bring on a mild temporary depression for me.  The warning signs had set in late Monday morning and I shouldn't have began Tuesday's post Monday afternoon.

Now, on with today and our continuing miserable heat and humidity.  It was off to Goderich for Pheebs and I to pick up a few groceries and have us a drive down around the harbor with a stop at Rotary Cove's beach.  Rather than more pictures of water and rocks I simply stood there listening to the rhythm of the waves as they rolled in and slowly splashed themselves out along the rocky shoreline. 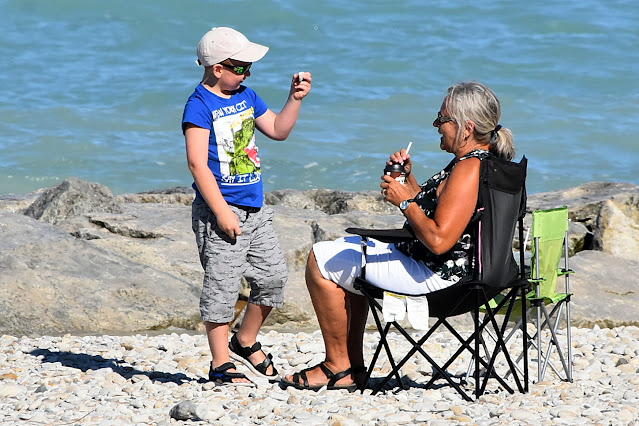 Home again I decided to concentrate my energy in the cooler car-port deciding on what necessary RV stuff will go into our Itasca Spirit and what unnecessary stuff will not.  With far less storage space in our current 24' Class C than our previous 37' Class A its quite a challenge but we're looking forward to traveling lighter.  We generally always had way too much stuff along with us anyway.
Our back-up camera came today so we're hoping to have that up and running shortly.  I may have gone a little overboard in getting one with a large 7" monitor but with my aging eyes I generally like to have things larger so I can see them. 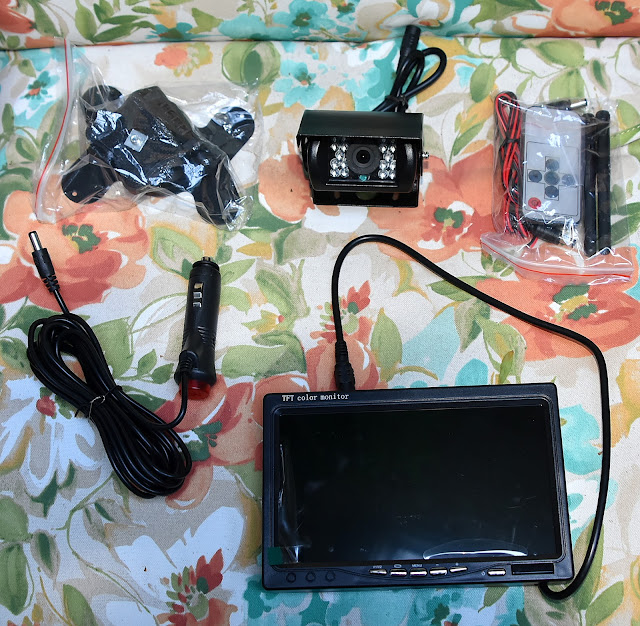 Wednesday at noon I have to be at the Maitland Valley Medical Centre whereupon they are going to wire me up with a blood pressure monitoring system.  I will have to wear this thing for 24 hours returning to the Medical Center Thursday at noon to have it removed.  For a fellow who has had 'perfect' blood pressure for most of his life this is a little discouraging.  However, it is what it is and they may suspect something could be off a wee bit somewhere. 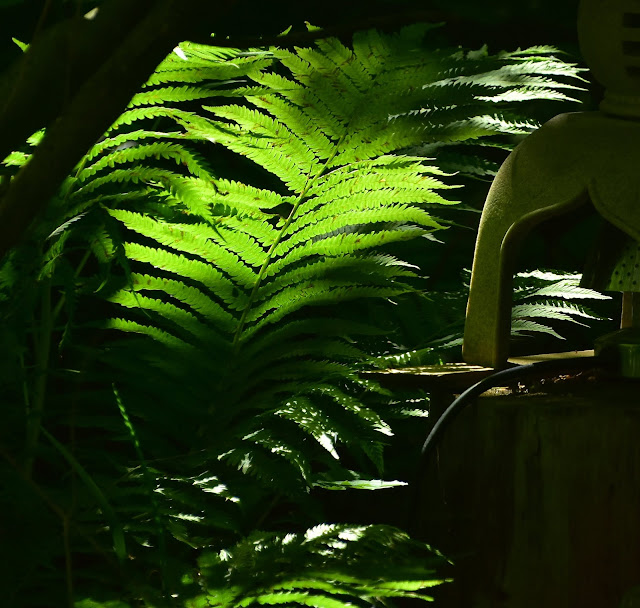 GROANER'S CORNER:((  A man takes his place in the theater, but his seat is too far from the stage. He whispers to the usher, "This is a mystery, and I have to watch a mystery close up. Get me a better seat, and I'll give you a handsome tip."  The usher moves him into the second row, and the man hands the usher a quarter. Yep. 25 cents.  The usher looks at the quarter in his hand, leans over and whispers, "The wife did it."
-------------------------
Howard County Police officers still write their reports by hand, and the data is entered later by a computer tech into their database. One theft report stated that a farmer had lost 2,025 pigs. Thinking that to be an error, the tech called the farmer directly."Is it true Mr. (Smith) that you lost 2,025 pigs?" she asked."Yeth." lisped the farmer.Being a Howard County girl herself, the tech entered: "Subject lost 2 sows and 25 pigs.
================== 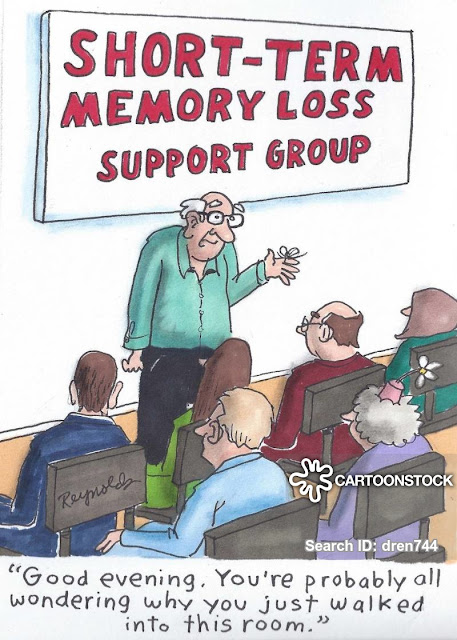