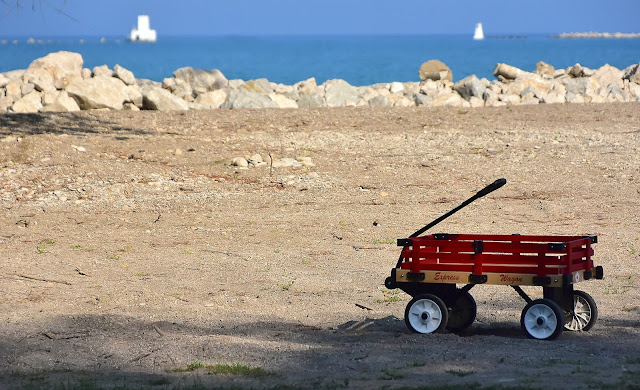 So nice to start each morning off with the twittering of summer songbirds outside our window.  Robins, Cardinals, Wrens, Mourning Doves, Chickadees, Blue Jays, Woodpeckers, and various Sparrows fill the air with song.  Even a Baltimore Oriole this morning.  Distant Crows can usually be heard as well.
Not a leaf stirring when Pheebs and I headed out in the dead calm air.  Another sweltering day headed our way.  When Kelly and Pheebs came back from their morning walk early because of the biting Deer Flies I knew Pheebs and I wouldn't be heading into any forests today.  Instead, it was a simple drive to Goderich and back with a stop at the harbor and Rotary Cove beach areas.  It was only 9 o'clock when with our windows rolled up, the A/C maxed out, and me with my ear muffs and warm mittens on, headed for home. 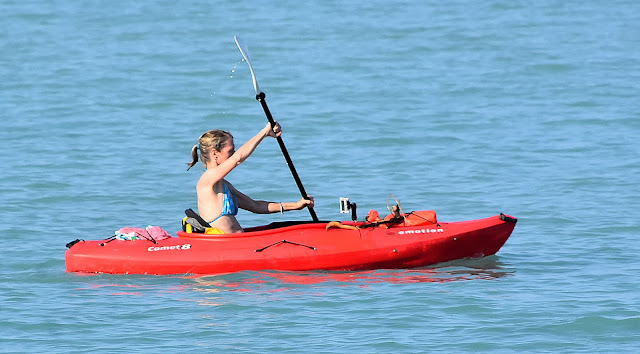 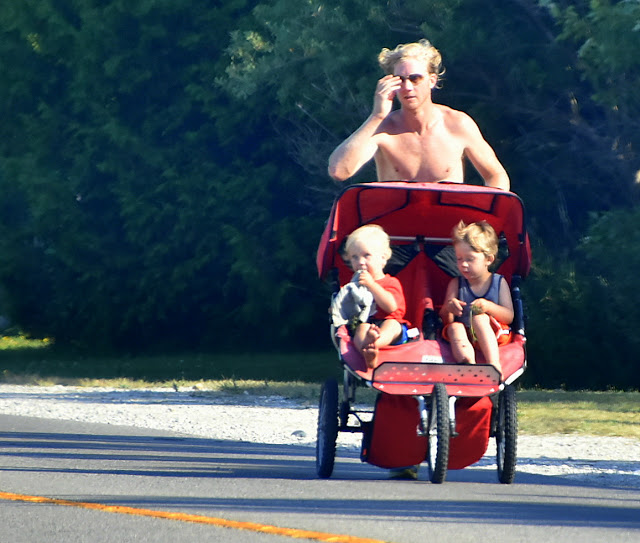 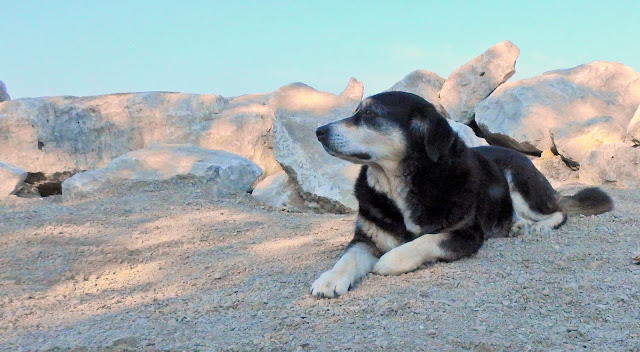 Kelly's youngest son Ben had his two boys Darion and Kai up to the beach for a few days and are staying at Deer Park Lodge.  Ben and the boys dropped in late this morning and being bicycle enthusiasts they were soon out kicking up some dust on our Park's roads. 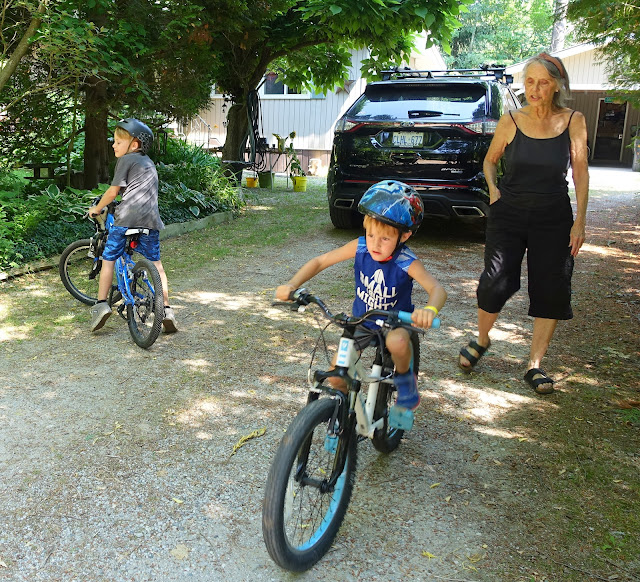 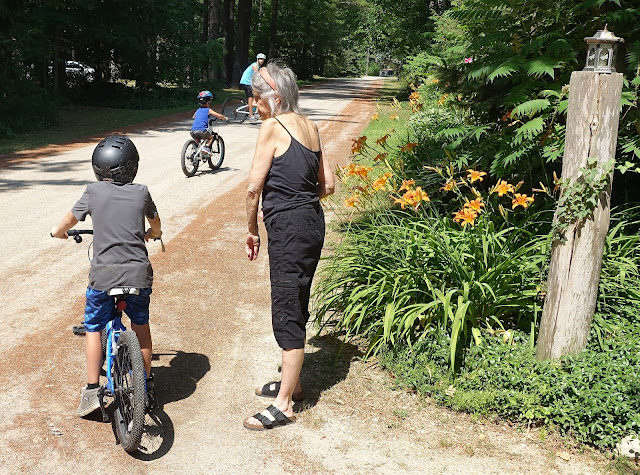 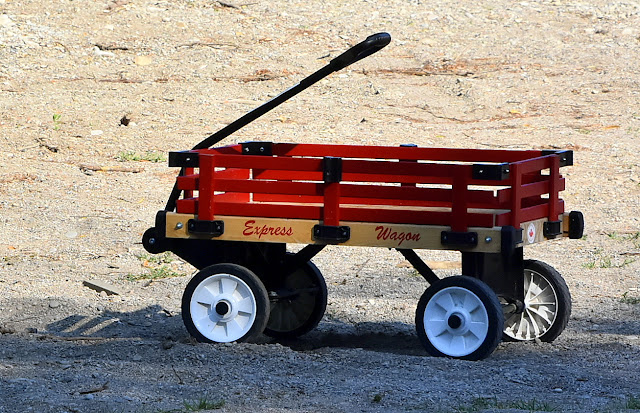 GROANER'S CORNER:((  A couple go for a meal at a Chinese restaurant and order Chicken Surprise. The waiter brings the meal, served in a lidded cast iron pot. Just as the wife is about to serve herself, the lid of the pot rises slightly and she briefly sees two beady little eyes looking around before the lid slams back down. "Good grief, did you see that?" she asks her husband.  He hasn't, so she asks him to look in the pot. He reaches for it and again the lid rises, and he sees two little eyes looking around before it slams down. Rather perturbed, he calls the waiter over, explains what is happening, and demands an explanation. "Please sir," says the waiter, "what you order?" The husband replies, "Chicken Surprise." "Ahh so sorry," says the waiter, "I bring you Peeking Duck."
--------------------
He who drinks a fifth on the fourth...May not be able to go forth on the fifth!
============= 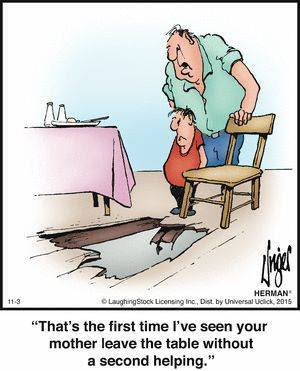