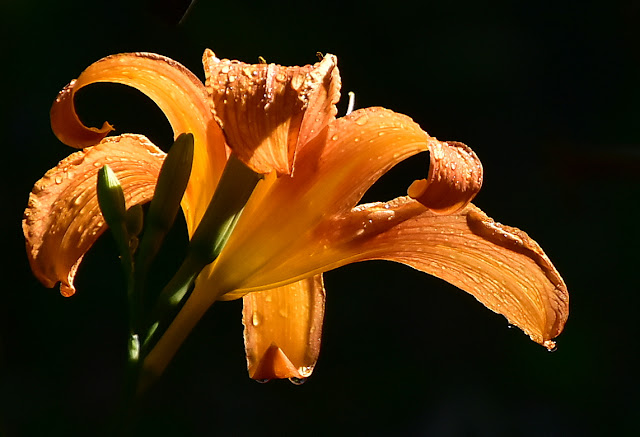 I was about as close to a Fox this morning as I have ever been and there I stood without a camera in my hand.  The Fox was so focused on Pheebs off to my left that it didn't see me.  Of course with a couple tombstones between us I at my height held the visible advantage and saw it first.  The Fox came walking straight towards Pheebs and Pheebs didn't see it.  I stopped the Fox dead in its tracks by simply saying, 'Good Morning Mr. Fox'.  With a sudden startlement in its eyes, the Fox turned and ran like the wind across the cemetery grounds to the forest beyond.  I never did tell Pheebs about Mr. Fox being close to her and all was well.  We left the Bayfield cemetery a few minutes later and headed home after our walk there and earlier short Jeep ride through the village. 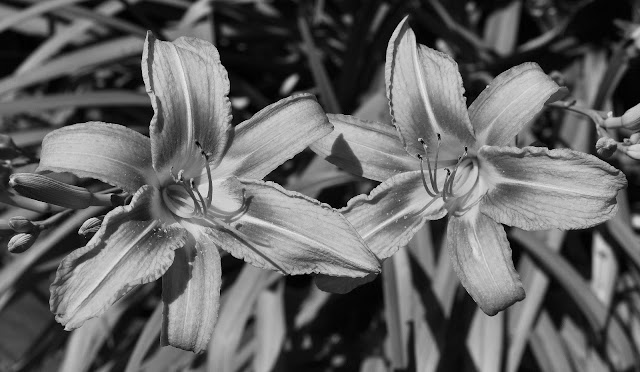 Our good friends Richard and Gayle came over for coffee around 9:30 and we happily chatted the morning away sitting in our sunroom.  It was already too hot to sit outside and who wants to be bothered by them there ding dang miserable bugs anyway. 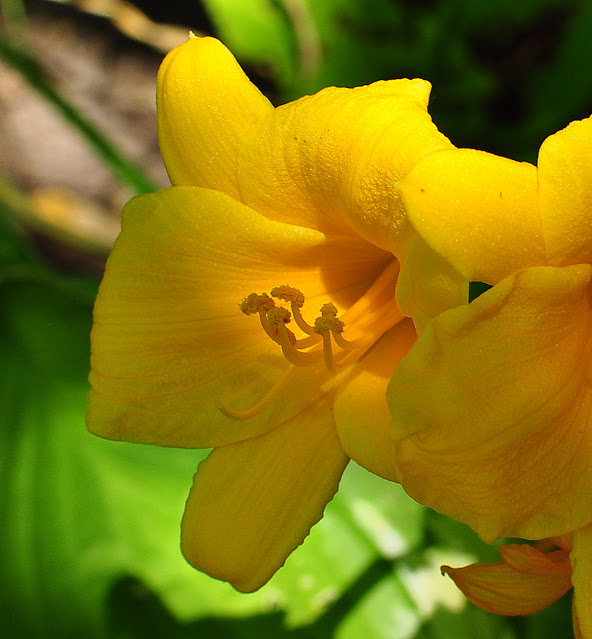 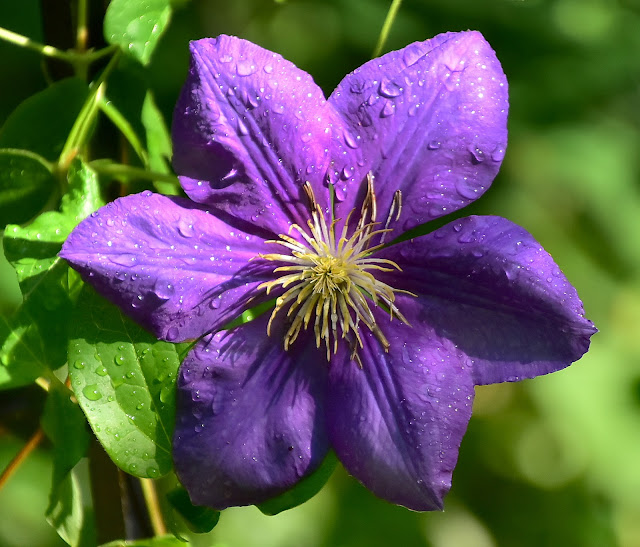 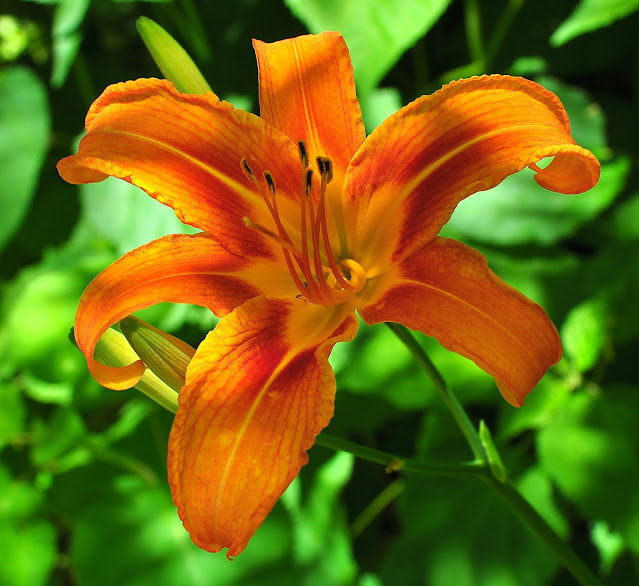 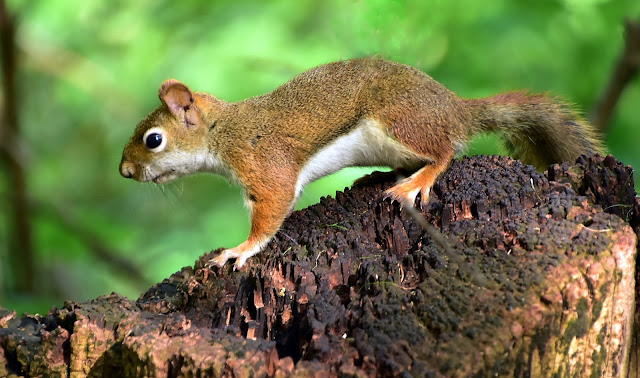 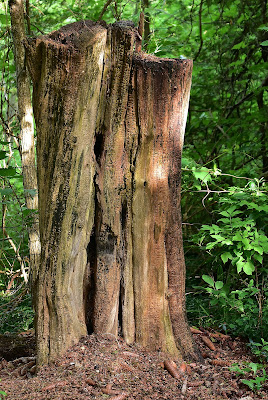 Other than the above there really wasn't much going on today except to say......I'm feeling much better both mentally and physically, I've lost 4 pounds with my new eating habits, and my diabetes blood glucose numbers are on target.  For right now anyway I am enjoyably optimistic and stuff.....so all is good:)) 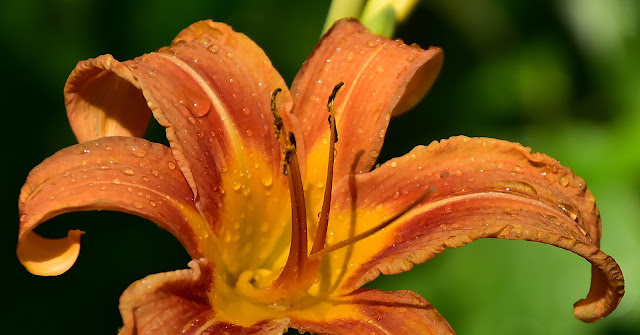 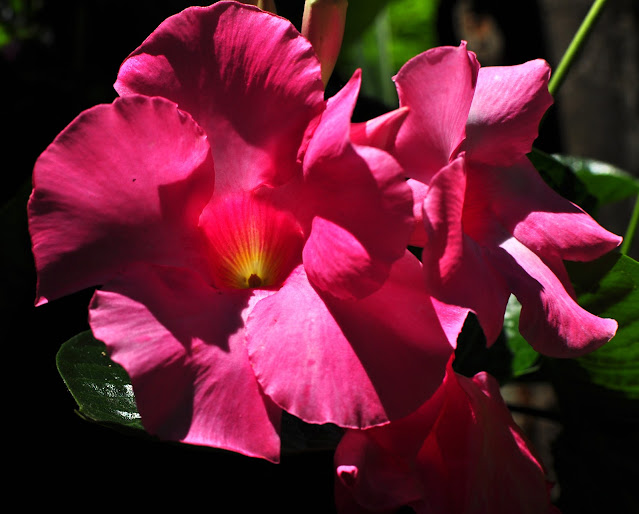 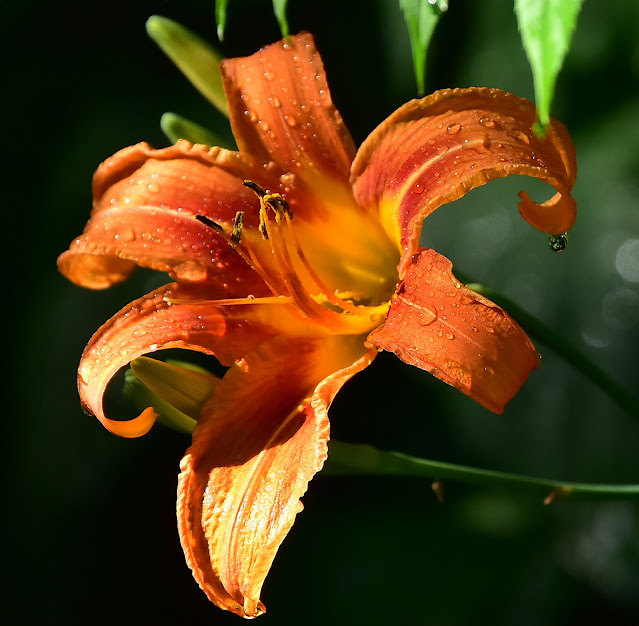 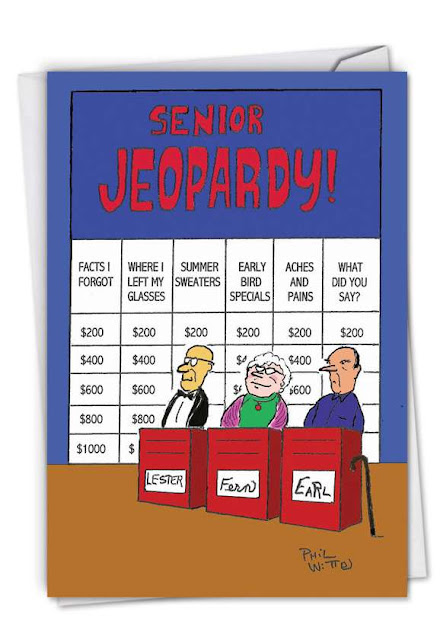