BUT, I HAD BETTER NOT GET AHEAD OF MYSELF

We had lots of Graupel falling out of our dark cloudy sky this morning and at times I had to use the Jeep's windshield wipers to keep it at bay.  Not so much around Bayfield itself but the further inland we went the nastier conditions became.  With strong northwest winds sweeping across open Lake Huron waters picking up moisture turning it into a mixture of snow and sleet we could have sideways blowing Graupel one minute or clear patches of sunlight reaching the ground seconds later.

I was quite pleased to see Huron Counties Hullett Marsh has finally opened its roads to the public again.  Also read today that Provincial Parks and Conservation Areas will begin opening Monday.  About time I'd say. 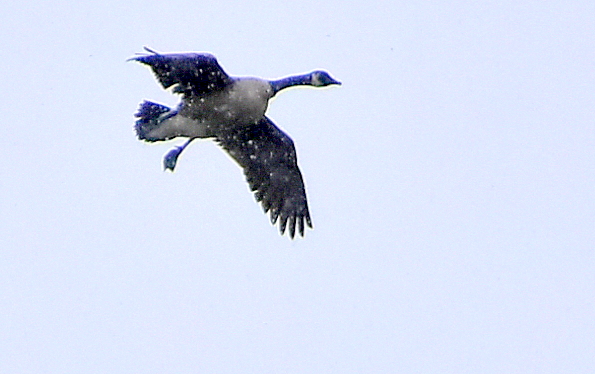 Pheebs and I did manage to step out of the Jeep briefly while at the Marsh but only briefly.  The biting wind was just too cold to even attempt a walk anywhere and I could tell Pheebs wasn't thrilled with the bitter icy winds either. 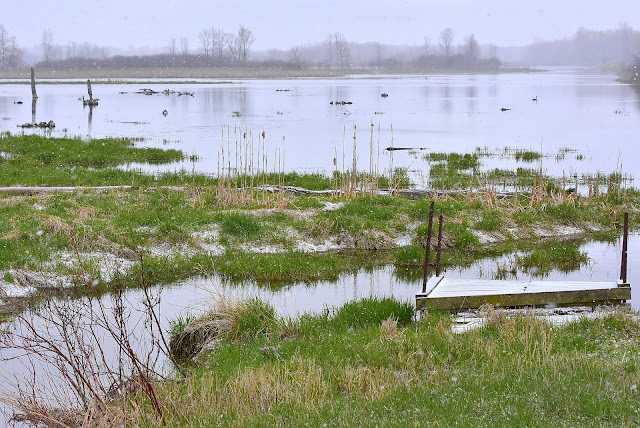 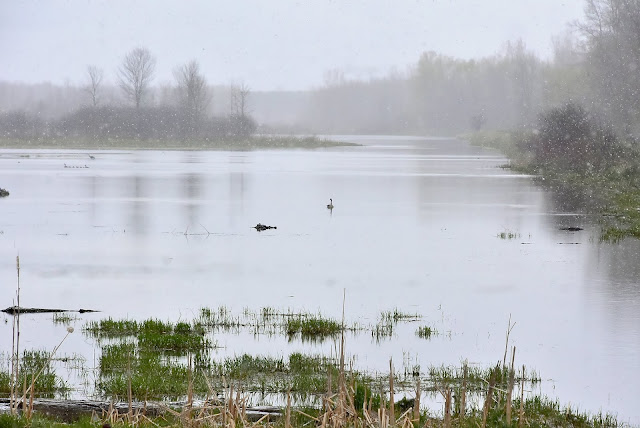 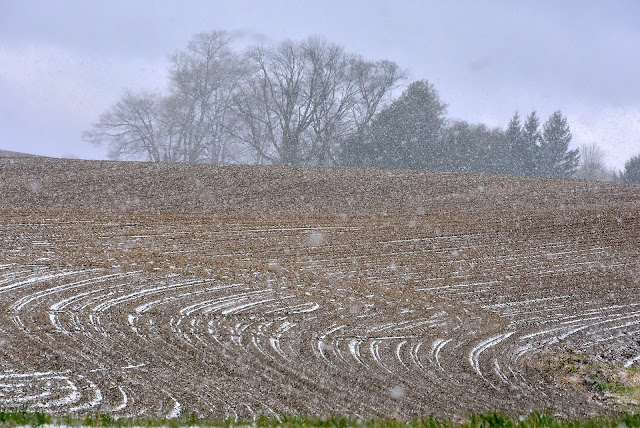 We were home again around 9:30.  Again, tooooo cold to do anything outside so it became another inside day.  And inside days quite often do not make for many things to write about.
We did end the day under semi-sunny skies in the mid 30's and yes temperature cold records were broken overnight.  We are heartened by the thoughts of warmer days heading our way this coming week.  That almost makes me want to leap out of my chair and do a 'Yahouie Louie':))  But, I had better not get ahead of myself.......... 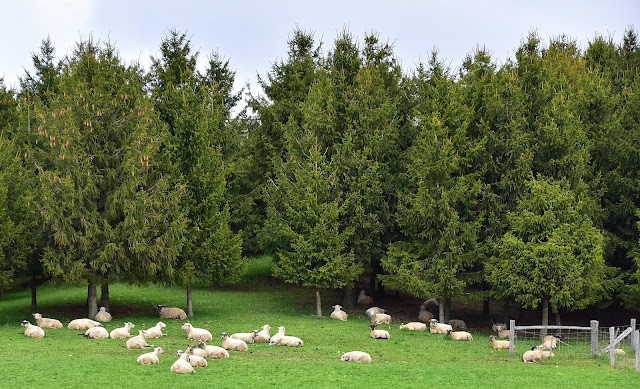 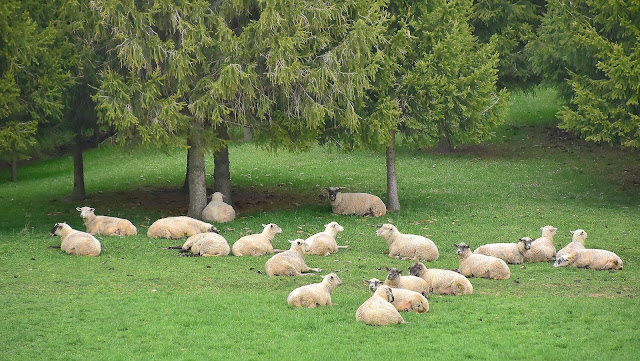 GROANER'S CORNER:((    Tom is applying for a job as a signalman for the local railroad and is told to meet the inspector at the signal box.The inspector decides to give Tom a pop quiz, asking: "What would you do if you realized that two trains were heading towards each other on the same track?"  Tom says: "I would switch one train to another track."  "What if the lever broke?" asks the inspector.  "Then I'd run down to the tracks and use the manual lever down there," answers Tom.  "What if that had been struck by lightning?" challenges the inspector.  "Then," Tom continued, "I'd run back up here and use the phone to call the next signal box."  "What if the phone was busy?" "In that case," Tom argued, "I'd run to the street level and use the public phone near the station."  "What if that had been vandalized?"  "Oh well," said Tom, "in that case I would run into town and get my Uncle Leo.  This puzzled the inspector, so he asked "Why would you do that?"  "Because he's never seen a train crash."
---------------------------------
- Middle age is when you are warned to slow down by a doctor instead of a policeman.
- To sit alone with my conscience will be judgment enough for me.- 18 out of 10 schizophrenics agree- The tongue must be heavy indeed, because so few people can't hold it.- If you want to know more about paranoids, follow them around. 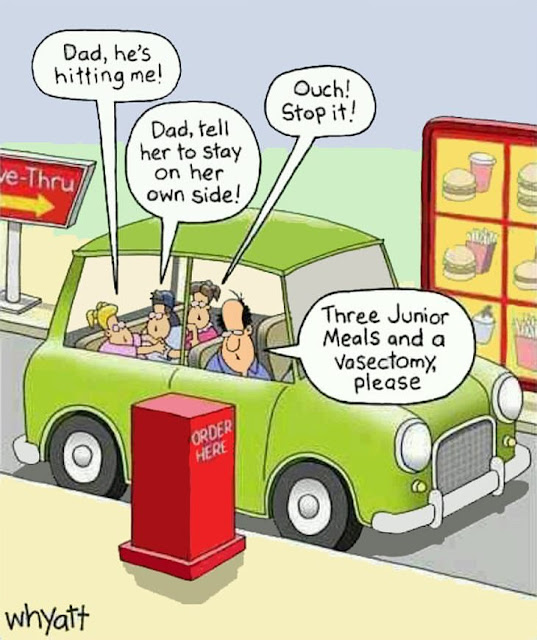