LOTSA RAIN, SOME FOG, AND WE EVEN GOT US SOME IN-PARK VISITING DONE....NOW HOW ABOUT THAT EH:))

With our weather station telling us it was 52F first thing this morning I had to turn our TV's volume up to overcome the noise of pounding rain on our roof.  Not a usual way to start the day at this time of year in Southwestern Ontario Canada.  And not a deterrant for Pheebs and I as we made a rainy dash for the Jeep.  I knew with this heavy downpour there might be some interesting things to see so it was off in the direction of Goderich's harbor we headed with a bit of fog along the way

Being a Saturday the shoreline construction crews were off for the week-end so we took us for a drive along the lakeshore to Rotary Cove's dog walking area for a look see.  No restoration started there yet by I noticed right away high Lake Huron waves had chunked out more of the shoreline and toppled a cluster of small trees.  It was pouring rain so we didn't get out of the Jeep. 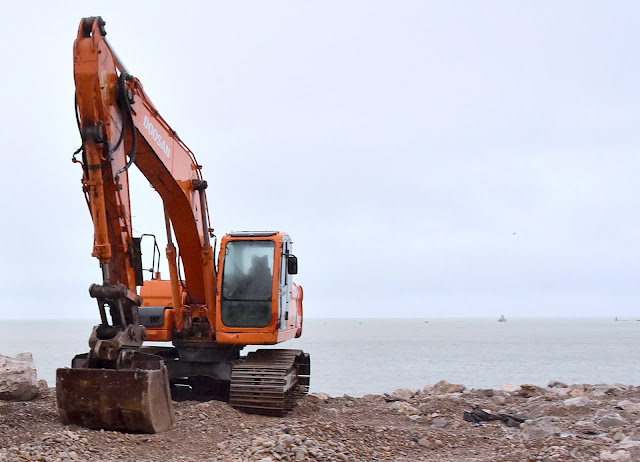 A couple ships docked at the Goderich Salt Mine today.  The Furry Gnome from Seasons In The Valley in a comment last week had asked, 'I don't recall ever seeing a second ship on the far side of the salt mine.  Can they load on that side?' My answer to that is yes they can and there may even be two loading docks on that side because I have seen ships there before but in a slightly different location. 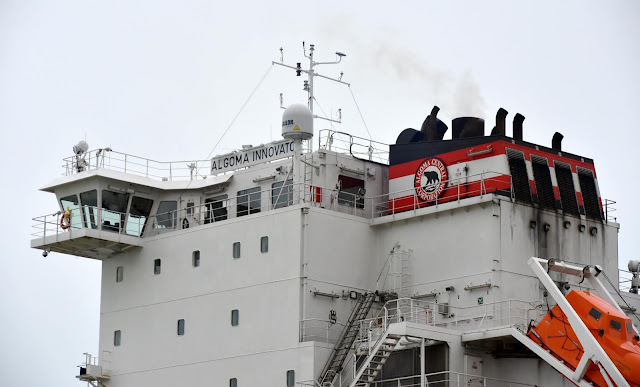 Swinging around to the North side of the harbor I re-took a few photos of the Algoma Enterprise anchored there because Ivan from Road Trip 2020 had asked about a previous photo I had of that ship.  Ivan asks, 'Any idea how they got the anchor up on dry land'??  Clever question and my answer to that is....I don't know.  How indeed did they do that??  Maybe there's an old Sailor out here in Blogland somewhere who could explain how that is done to we mere shore mortals. 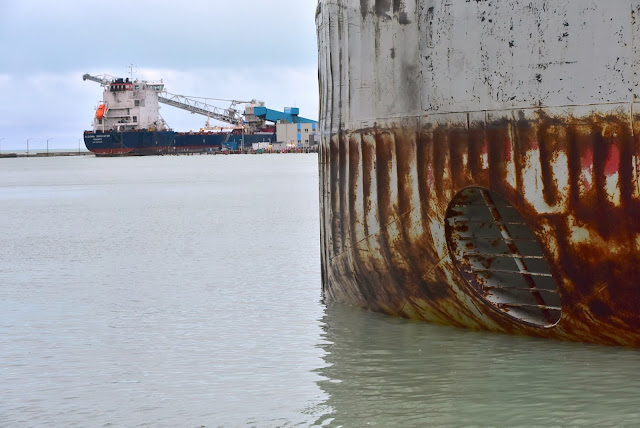 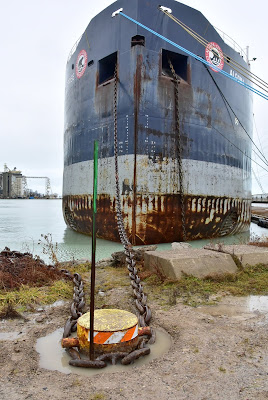 Home by 10 Kelly and I were into the Jeep at 10:30 headed off on a long rainy day drive to visit our good friends Caron and Chris who incidentally live right here in our Park.  Well Okay so it wasn't a long drive but it did take us at least 45 seconds to reach their place.  Karen and Chris are the folks who after reading this silly blog of mind for a number of years and seeing my photos of the Park decided to buy a place here.  That was a few years ago and they haven't looked back since.  I don't have all the details yet but I'll give fellow RV'ers a heads up on something here.  Due to some lifestyle changes Caron and Chris are selling their beautiful 34' 2011 diesel Tiffin Allegro.  This coach is in immaculate condition, well serviced, and caringly looked after.  They bought it new in the States. 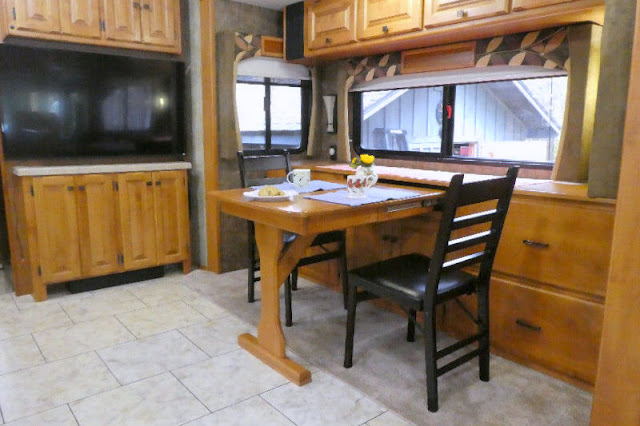 As afternoon temperatures began to fall the rain stopped and we braced ourselves for the next event in this large traveling winter weather pattern of ours.  Freezing rain is predicted to start sometime in the night so it could be an ice encrusted landscape we wake up to in the morning.

::An Archive Post::  It was February 28th, 2009 when we met Two Incredible People And Their 106 Legged Family and here is my photo album for that day....Lotsa Critters.  The outside adobe oven you see in the photos was constructed by the same people who built the adobe oven just off Rockhouse Road at the Clark Dry Lake Bed near Borrego Springs, California.  Many past boondockers will be familiar with that site and we boondocked by that adobe oven three different times over the years. 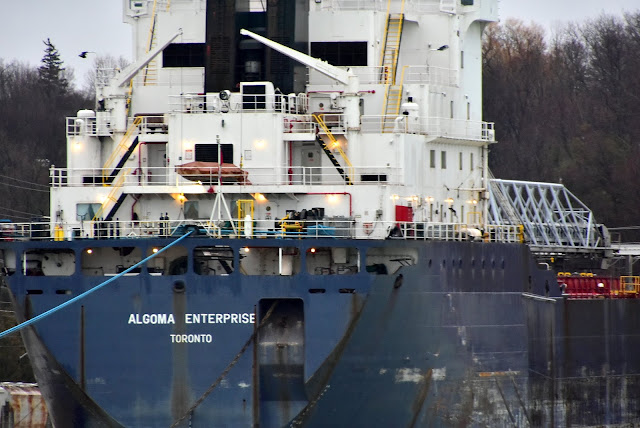 ::Al's Musical Favs:: Die Halbstarken by Martin Bottcher.  Again, a welcome change from what is normally heard on commercial radio around here in these parts.

About a century or two ago, the Pope challenged the Jewish community of Rome to a debate.  The Jews looked around for a champion who could defend their faith, but no one wanted to volunteer. It was too risky. So they finally picked an old man named Moishe who spent his life sweeping up after people to represent them. Being old and poor, he had less to lose, so he agreed. He asked only for one addition to the rules of debate. Not being used to saying very much, he asked that neither side be allowed to talk. The Pope agreed.  The day of the great debate came. Moishe and the Pope sat opposite each other for a full minute before the Pope raised his hand and showed three fingers. Moishe looked back at him and raised one finger. The Pope waved his fingers in a circle around his head. Moishe pointed to the ground where he sat. The Pope pulled out a wafer and a glass of wine. Moishe pulled out an apple. The Pope stood up and said, "I give up. This man is too good. The Jews win."  An hour later, the cardinals were all around the Pope asking him what happened. The Pope said, "First I held up three fingers to represent the Trinity. He responded by holding up one finger, to remind me that there was still one God common to both our religions. Then I waved my finger around me to show him, that God was all around us. He responded by pointing to the ground, showing that God was also right here with us. I pulled out the wine and the wafer to show that God absolves us from our sins. He pulled out an apple to remind me of original sin. He had an answer for everything. What could I do?"  Meanwhile, the Jewish community had crowded around Moishe, amazed that this old, almost feeble-minded man had done what all their scholars had insisted was impossible. "What happened?" they asked.  "Well," said Moishe, "first he said to me that the Jews had three days to get out of here. I told him that not one of us was leaving. Then he told me that this whole city would be cleared of Jews. I let him know that we were staying right here.""And then?" asked a woman.  "I don't know," said Moishe. "He took out his lunch and I took out mine." 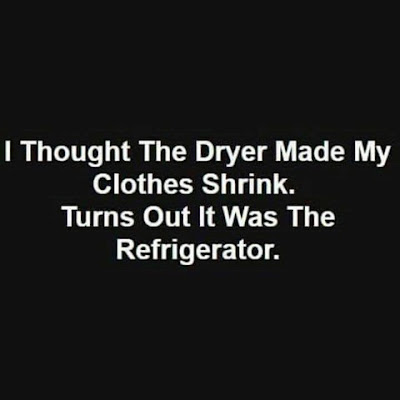 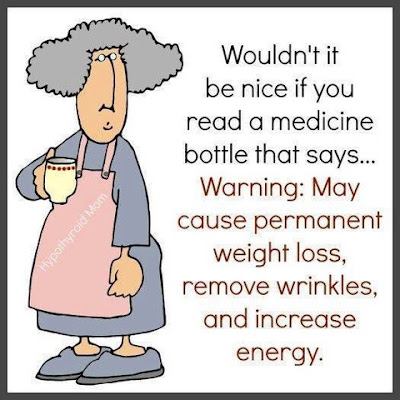