THANKS FOR HANGING IN THERE FOR ANOTHER YEAR

Wind and rain came in overnight with wind causing a most noticeable dull roar in our tall pine trees.  I was surprised our usually shaky power system didn't go out.  Needing a few ingredients for my morning Yukky-Yummy shakes I used that excuse to get Spoogers and I out of the house despite dark skies and pouring rain.  Minutes after leaving our Park heading north skies lightened and I saw clearing skies behind us in my side view mirror.  I tightly crossed my fingers in hopes that clearing was heading our way.  It was but it took about 3 hours to reach us...…..and then it didn't stay.
Coffee to go at McDonalds, down around the south harbor then over to the north side of the harbor.  With all the construction and shoreline restoration going on along the harbors south side we are very limited to where we can go now until the project is completed. 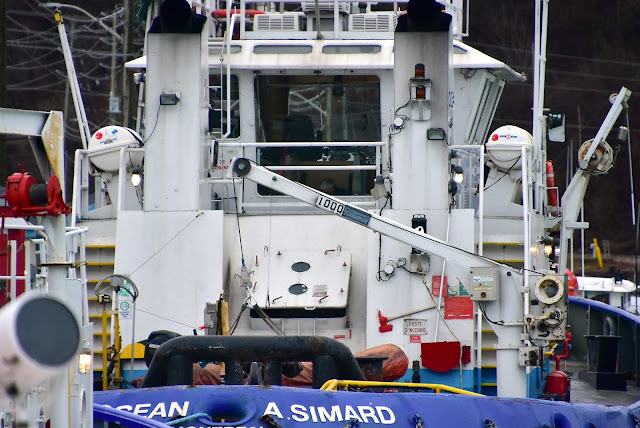 A stop at Zehr's Supermarket where I was able to squeak through the express 12 item lane with exactly 12 items.  I counted my items twice because I felt the lady behind me was also counting my items trying hard to come up with 13 so she could lay a beating on me right there and then at the express counter.  Whewwww, close call for me.  From Zehrs we traveled south about an eighth of a mile then turned into Goderich's Maitland Valley Cemetery heading for the nature walk area on the cemetery's north side.  With it being so wet nobody was there so we had the trails to ourselves and managed to get us a morning walk in.  Our temps made it up to 45F but gusting winds put a chill into those degrees.  No matter, it was just nice to be outside using the legs. 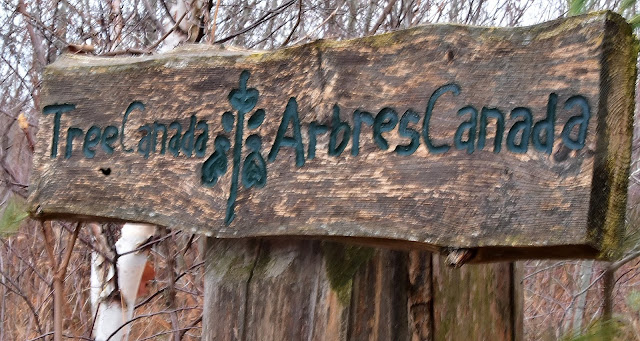 We were back home around 11 and forty minutes later Old Sol burst through this mornings thinning cloud cover and completely covered the land in a most welcoming sunshine.  Although it only lasted about three quarters of an hour before clouds closed in again it was enough to get me happily outside working on a minor front yard lighting project before temps rapidly dropped down to the freezing mark again.  Weather folks are calling for snow Tuesday so we might wake up to a white landscape again. 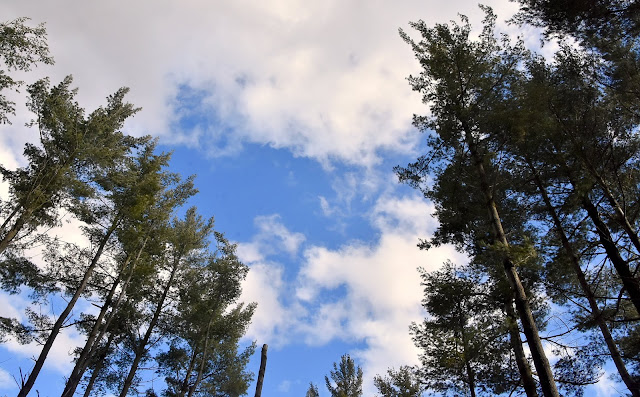 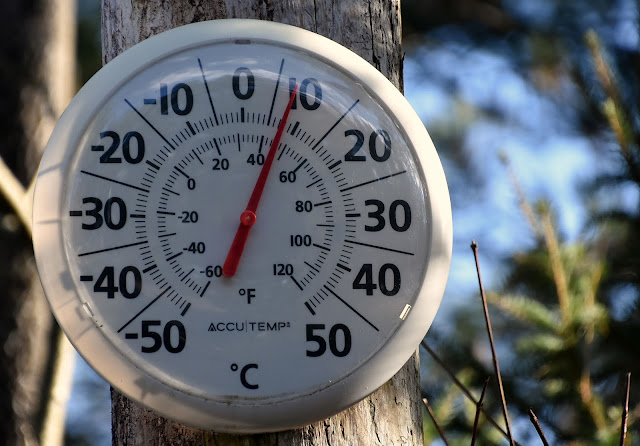 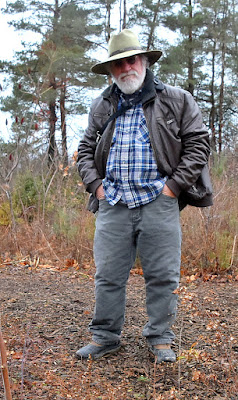 Well here we are in the final couple days of 2019.  For whatever reason I am one of those people who is happy to see each year fading off into the sunset with a new sunrise year about to begin.   No point in me trying to do a re-cap or re-hash of the year simply because that is just too much for my challenged mind to figure out.  What is more important to me is the fact so many readers stuck with me for another whole year despite my ups and downs, moodiness, complaining, and genuine whining along the way.  I don't like it either when I do that but unfortunately I've never been able to get a handle on it.  Just seems to be my way I guess and I can't seem to hold things in and present myself as someone I'm not.  When I'm up I'm up and when I'm down I'm down and sometimes I even have an occasional stop in between.  With that said let me again sincerely thank you folks one and all for helping me along the way with your blog comments, emails, and Facebook responses.   I've said it before but you folks help me more than you will probably ever know.  I was asked one time if I've been writing my daily blog all these years for no other reason than to bring attention to myself.  Had that person asked me if I was looking for 'acceptance' rather than attention I would have jumped up and responded with a resounding 'Yes'.   So I say to everyone 'thank you' for accepting my blog and I just the way we are.  Warts and all...………. 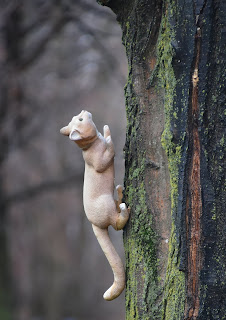 ::Archive Post::  It was December 27th 2016 when we got ourselves lost in the Borrego Badlands just outside Borrego Springs, California.  Here is my post for that day, Got Ourselves Into A Bit Of A Smozzle. 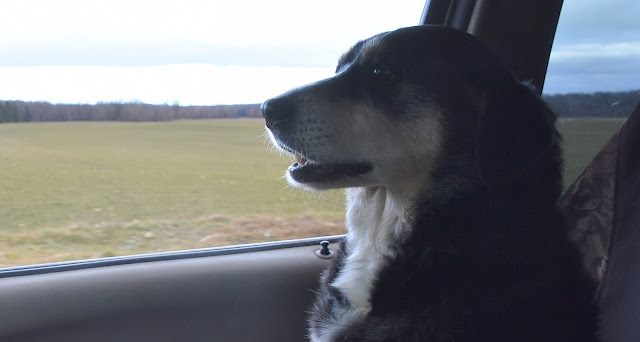 GROANER'S CORNER:(( A film crew is on location in Kenya, when a tribal shaman approaches the director and says, "Tomorrow rain." The director pays no attention, but the following day it pours and shooting has to be delayed.  That night, the director sends his assistant to bring the shaman back. "What will be the weather tomorrow?" asks the director.  "Bigger rain tomorrow, much wind," and sure enough a terrible storm once again delays the filming.  But then the witch doctor disappears for a week and the director, now depending on him, sends his people out to find him and bring him back to camp.  Finally, he is located and brought to the director's tent. "What will be the weather tomorrow?" asks the director in desperation.  "No idea," says the shaman, "Radio batteries dead."
---------------------------- I work in a busy office, and when a computer goes down it causes quite an inconvenience. Recently one of our computers not only crashed, it made a noise that sounded like a heart monitor. "This computer has flat-lined," a co-worker called out with mock horror. "Does anyone here know how to do mouse-to-mouse?"
--------------------------------
Two white guys were in a parking lot trying to unlock the door of their Mercedes with a coat hanger. They tried and tried to get the door open, but they couldn't. The guy with the coat hanger stopped for a moment to catch his breath, and his friend said anxiously, "Hurry up! It's starting to rain and the top is down."
====================