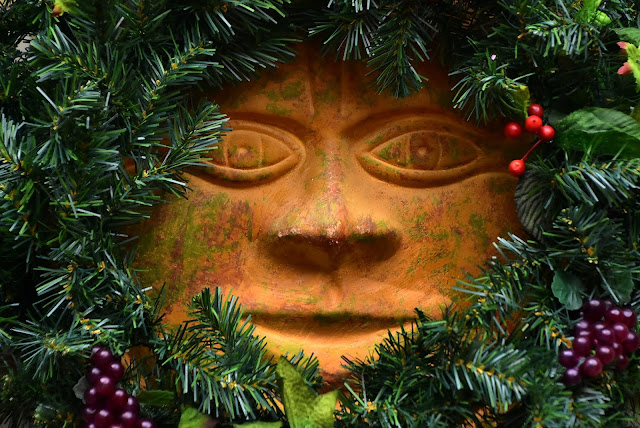 Work begins December 1rst by the town of Goderich Ontario to restore and strengthen their damaged Lake Huron shoreline.  Cove Road and pedestrian access leading to Rotary Cove and the dog walking area will be closed at the water treatment plant until further notice.  I'm guessing this project could last a month or two depending on weather with it's Winter storms.  The next photos I take in that area may show a fully restored shoreline.  You can be assured I will be keeping an eye on the progress having now attained my Senior's 'Sidewalk Superintendent' status.
Pheebs and I slipped up to Goderich.  I go through a fair amount of vegetables each week with my morning Sounds Yukky - Tastes Yummy shakes. (video)  Been doing these shakes for the best part of 15 years now but not on the road when RVing.  A banana goes into each daily shake so I'm always having to replenish bananas, romaine lettuce, carrots, celery, and apples.  Keeps me on the run to the supermarket.  (Quick 2019 update on my shakes....I use only bananas, lettuce, carrots, celery, apple, cinnamon, and vanilla flavored Whey powder now)   While in Goderich we of course swung down around the harbor to Rotary Coves dog walking area.  With a big shoreline restoration project due to begin in a few days it may well be the last time this year we get down there. 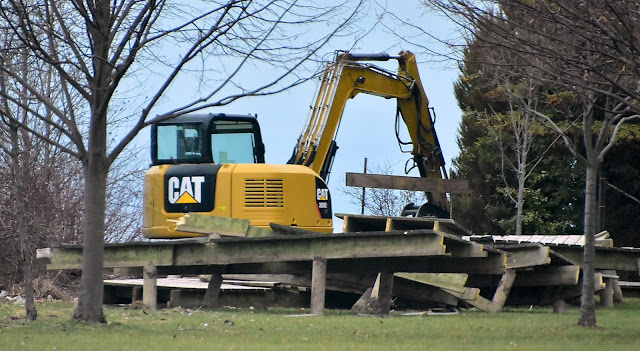 Nobody at the dog walking area so taking advantage of that we took ourselves for a walk along the shoreline noticing along the way other damaged areas of shoreline from high water levels and wind driven waves.  I'm sure there must be a lot of cottage owners up and down this coast line with major structural damage to not only their beach areas but their docks, boat houses, and possibly their dwellings. 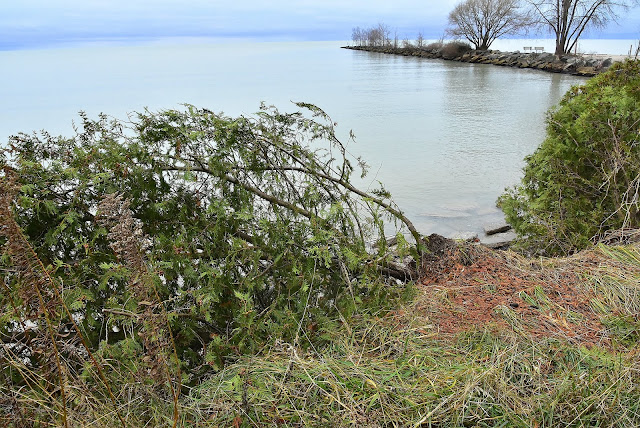 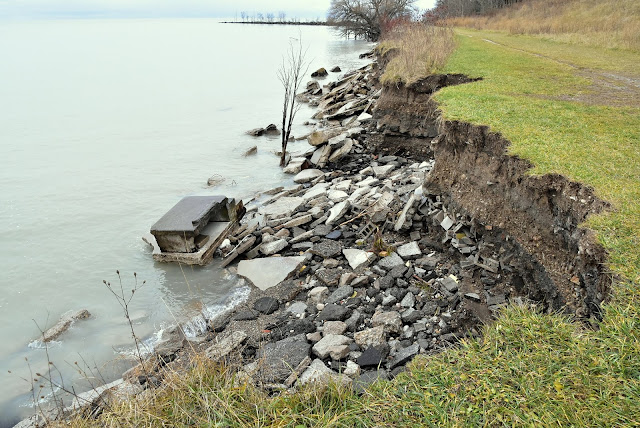 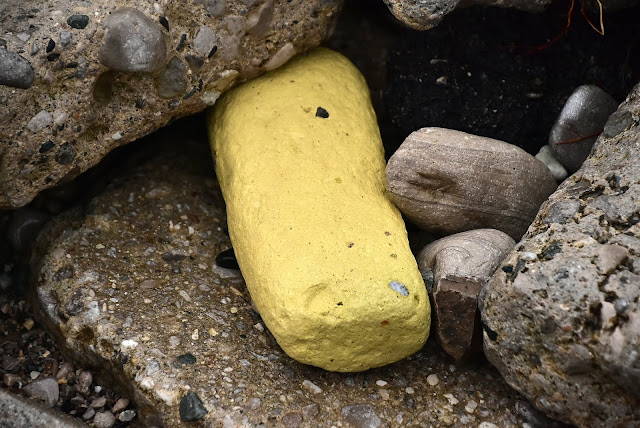 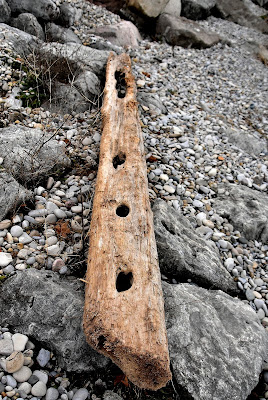 Home shortly after 10 I was soon out in the front yard working again at trying to stop Squirrely from beating up on our hanging bird feeders.  My single bird feeder baffle idea didn't work so I put together this morning what I call my double bubble bird feeder baffle bungle.  Wasn't long before Squirrely tried it out and failed in his first attempt.  However I won't be surprised if he breaches the defences and if so I have an idea already for an adjustment. 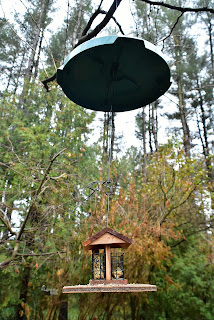 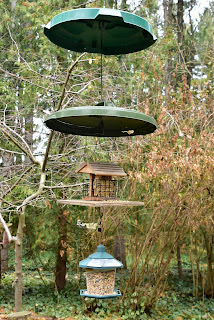 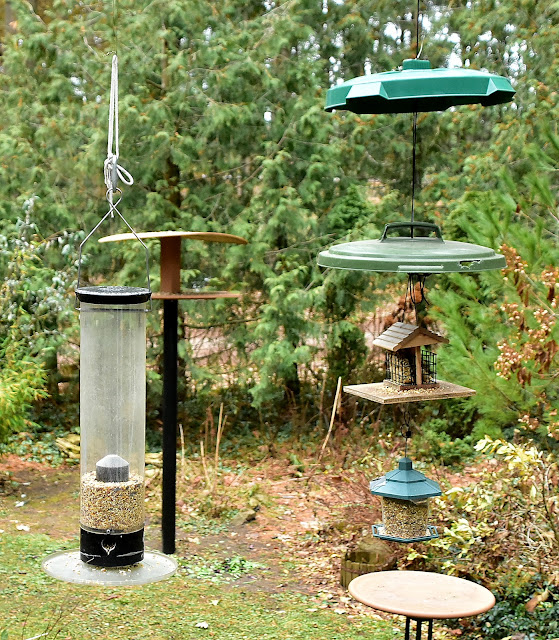 Kelly started on a few outside Christmas decorations today.  With all our snow gone now it's not looking too Christmasy but I'm sure it will before too long again.  We had a nice pre-Christmas two years ago but last year not so much.  We just couldn't seem to get ourselves into Christmas mode.  Two years ago we left for the Southwest a few days before Christmas and last year a few days after Christmas.  In the past we left once in September, twice in November, and eight times in October. 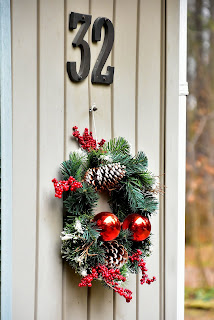 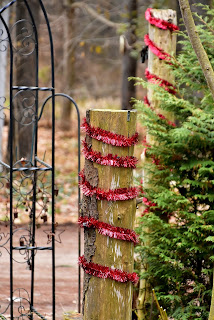 A gray November day sitting just under the freezing mark.  Roads were bare and dry and with country roads slightly frozen there was no dust or mud on them.  Although November is my least favorite month it does have it's own sense of beauty and appeal.  One just has to look a little harder for it.  But it's there. 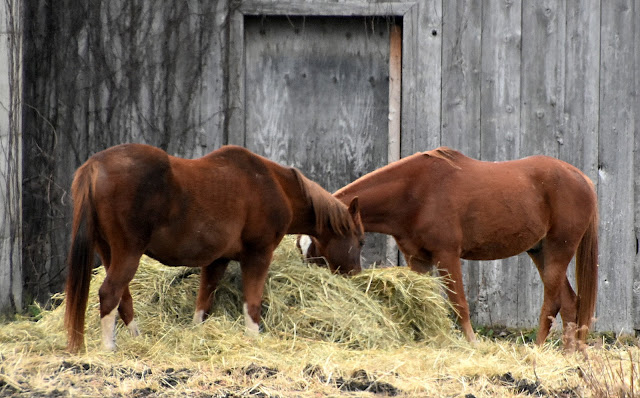 Thanks to readers for your re-assurances.  Wished I had as much confidence in my own abilities as some of you have.  It's a long story I carry with me. 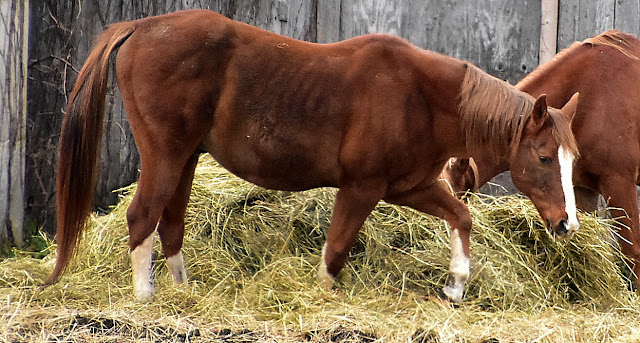 It was 11 years ago today in 2008 while in New Mexico we made the decision to switch from Satellite internet to a Verizon air card.  We've never regretted that decision although both those two communications systems had their own sets of problems.  Here is my post from the day we made an Internet Decision In Silver City New Mexico.  We were staying at City Of Rocks State Park.  Here is my photo album of our time there entitled A Day At City Of Rocks. 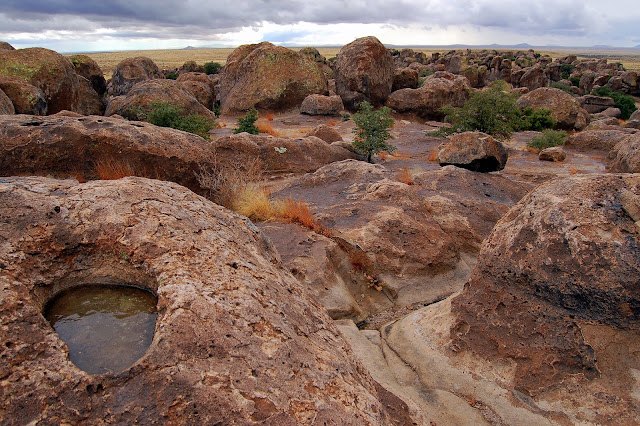 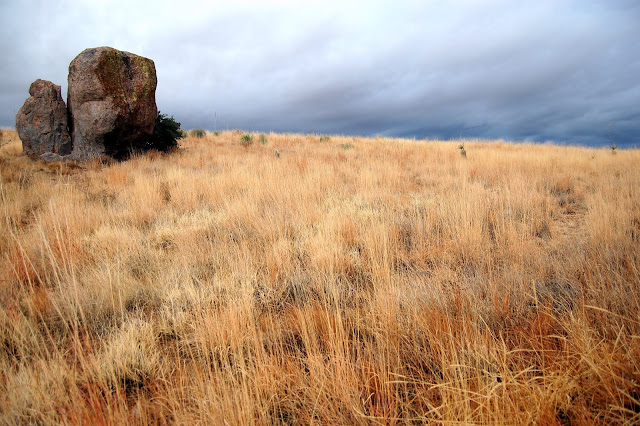 GROANER'S CORNER:((  Evidence has been found that William Tell and his family were avid bowlers. However, all the league records were unfortunately destroyed in a fire. Thus we'll never know for whom the Tells bowled.