WE AGREED NOT TO BOTHER LOOKING AT REALLY OLD RV'S ANYMORE 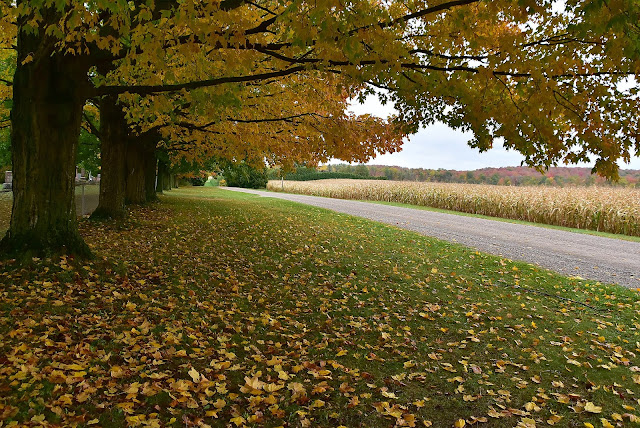 With a loud clap of thunder at 3:23 a.m. I had a doggy on my lap.  First time I've ever seen Pheebs react to thunder but the clap was so loud it scared me awake as well.  Both of us had been sound asleep.  Thirty seconds later Pheebs hopped off my lap and resumed her favorite sleeping spot on the couch and all was well again.  Rains that came Thursday evening lasted all night leaving us with water puddles in the driveway.  No matter as the little Boogs and I splashed our way out the driveway anyway heading for Clinton.  Low on wild birdseed we stopped into the Sun Country Eco Store and stocked up before grabbing a coffee at Clinton's Tim Hortons and heading on out of town.  Noticed right away how quickly our trees are changing now.  Forests are finally becoming ablaze with color. 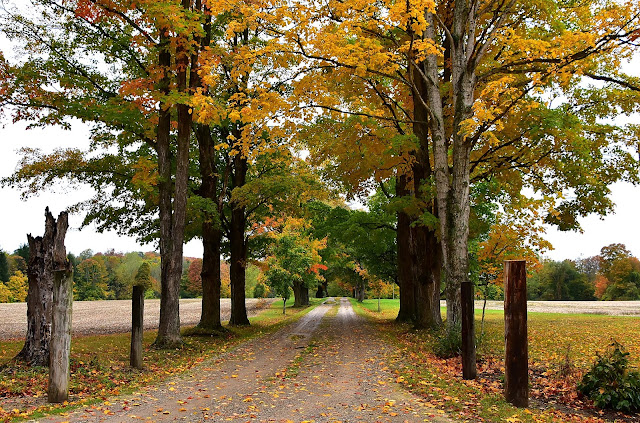 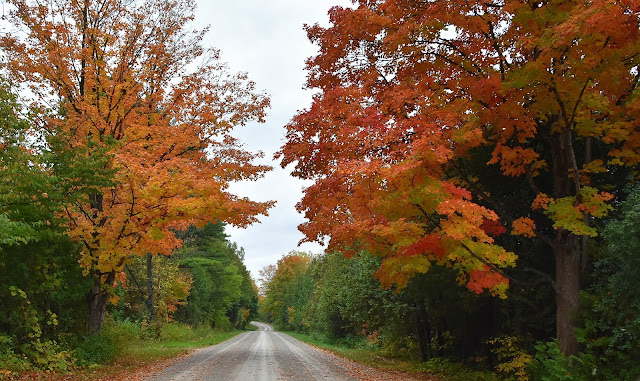 Country roads were muddy but no matter the Jeep was dirty anyway as we headed over to the Bannockburn Conservation area hoping nobody would be there.  Two vehicles in the parking lot so we breezed right on by to the Baird Cemetery nearby.  Quiet cemeteries are always nice people free places to walk. 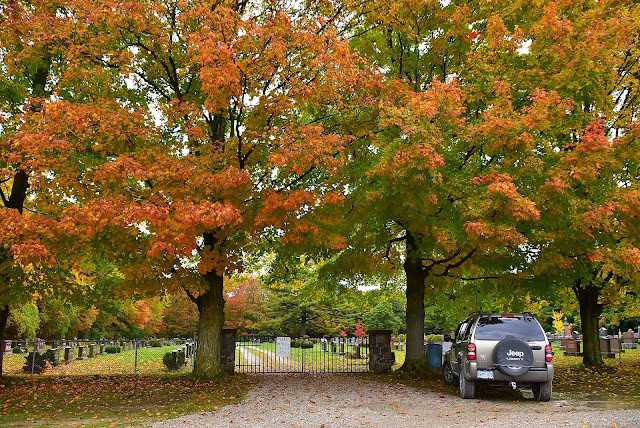 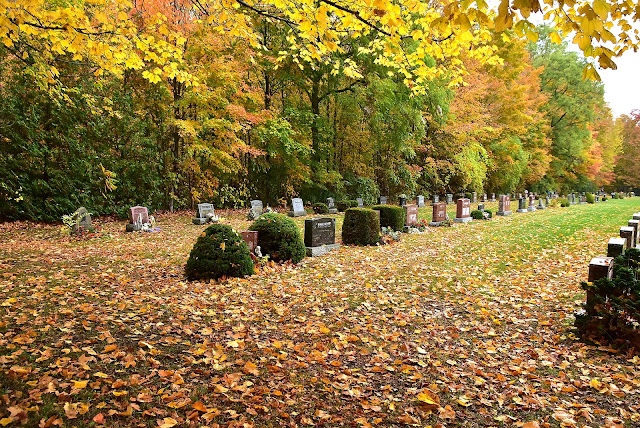 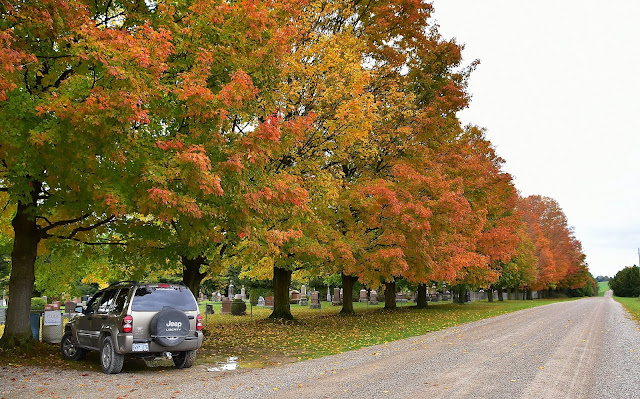 Our dismally dreary skies hung around all day so spent my time reading and snoozing in the sunroom.  Can't seem to dredge up enough energy to get interested in going outside.  Too cold and damp.  However, something did perk my interest later in the afternoon. 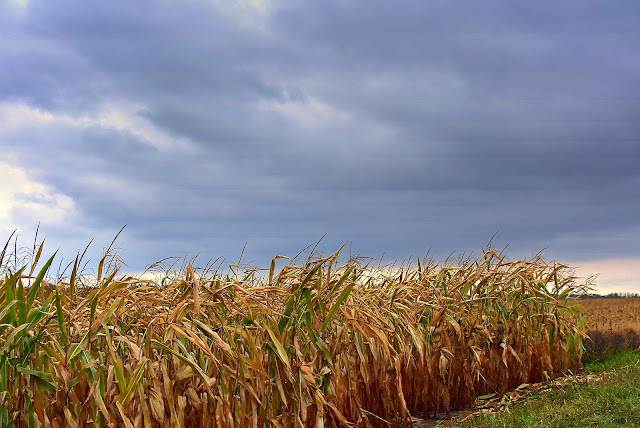 Kelly had spotted an older 1995 Class C 27' Jamboree on Kijiji a half hours drive away from our place so later this afternoon we headed over to Londesborough Ontario to have us a look see.  I didn't have any expectations for something that old and it was just as well I didn't.  It did have some good points about it but it was just too old and had seen better days.  We agreed on the way home not to bother looking at really old RV's
anymore.  Our search continues..............

GROANER'S CORNER:((   In the ascertainment of an excogitation of linguistic proclivity, one might ascribe to the mentation that a phratry exists in which some encyclopedists designedly cultivate a nonplussed ambience hypothecated to befuddle the vox populi.


A research team proceeded towards the apex of a natural geologic protuberance, the purpose of their expedition being the procurement of a sample of fluid hydride of oxygen in a large vessel, the exact size of which was unspecified.  One member of the team precipitously descended, sustaining severe damage to the upper cranial portion of his anatomical structure; subsequently the second member of the team performed a self-rotational translation oriented in the same direction taken by the first team member. TRANSLATION: Jack and Jill went up the hill to fetch a pail of water.
Jack fell down and broke his crown and Jill came tumbling after.
===================