MY UROLOGIST'S OFFICE CALLED WITH THE RESULTS OF MY PROSTATE BIOPSY 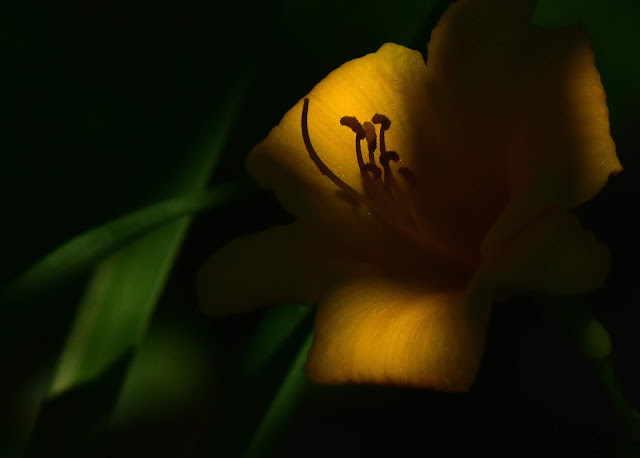 Well I guess there is no point in beating around the bush.  My Urologist's office called Thursday afternoon with the results of my prostate biopsy a couple weeks ago and I have tested positive for prostate cancer. 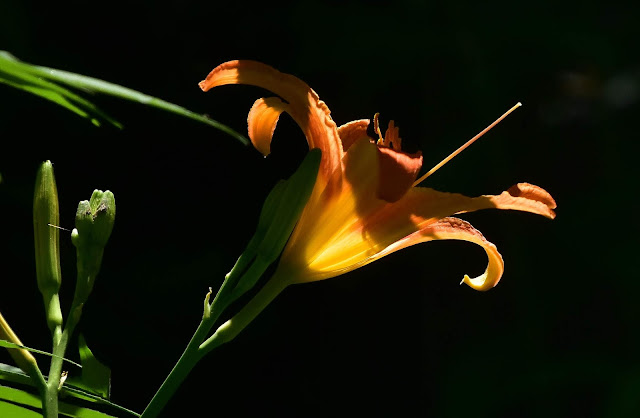 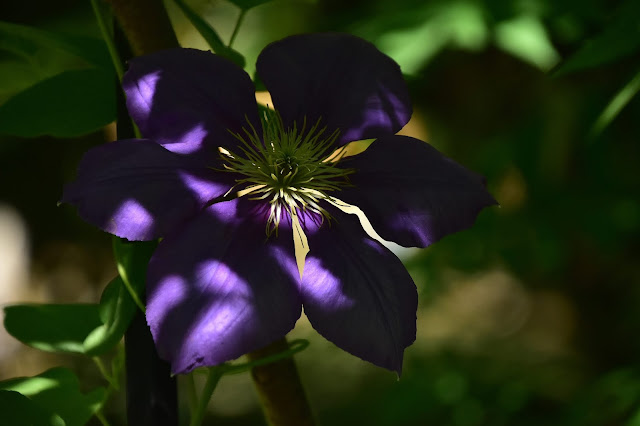 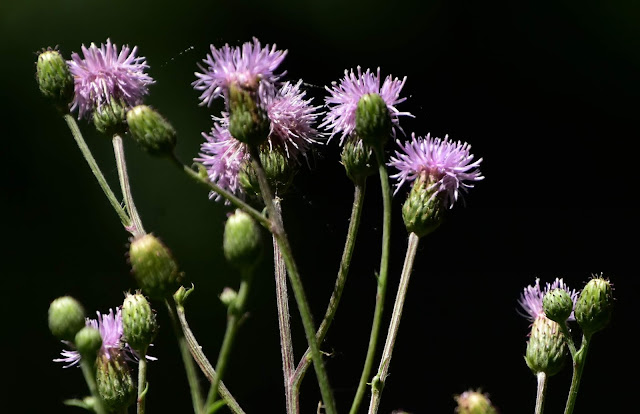 The lady on the phone said she would send a requisition to the blood clinic at Goderich's Maitland Valley Medical Clinic right away and I was to get that blood work done as soon as possible.  She also said she will get back to me with the dates of two scans I now need to have.  One is a Bone Scan and the other is a Cat Scan.  It will depend on the results of these two scans as to what happens next.  Lady on the phone also said Doctor Bukala would speak with me at that time to discuss my options. 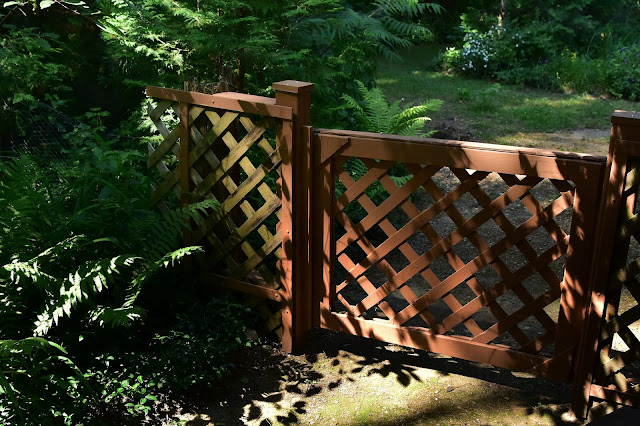 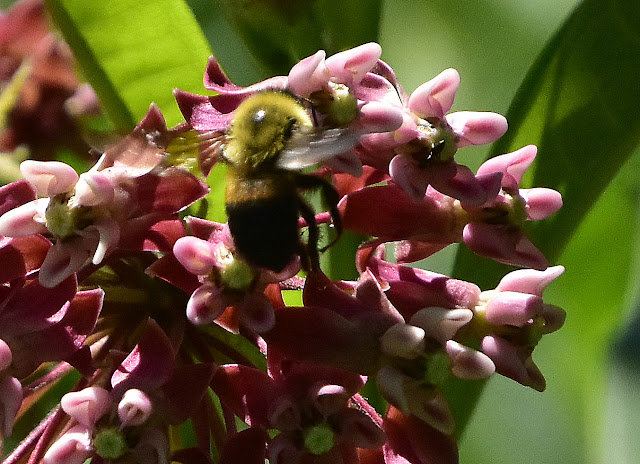 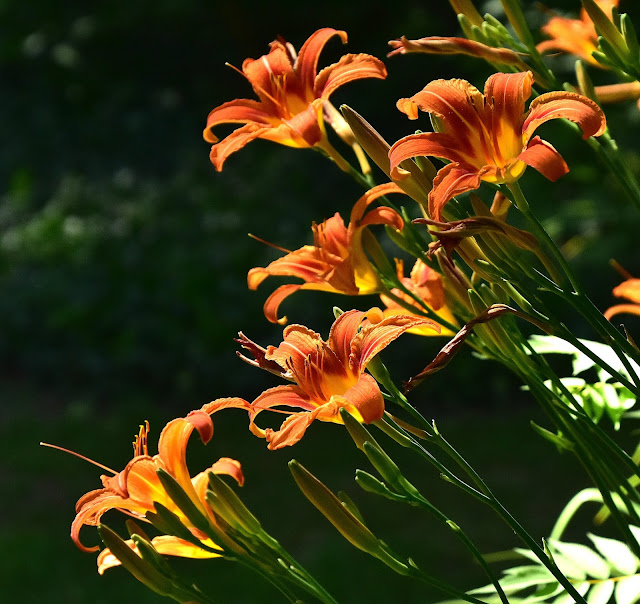 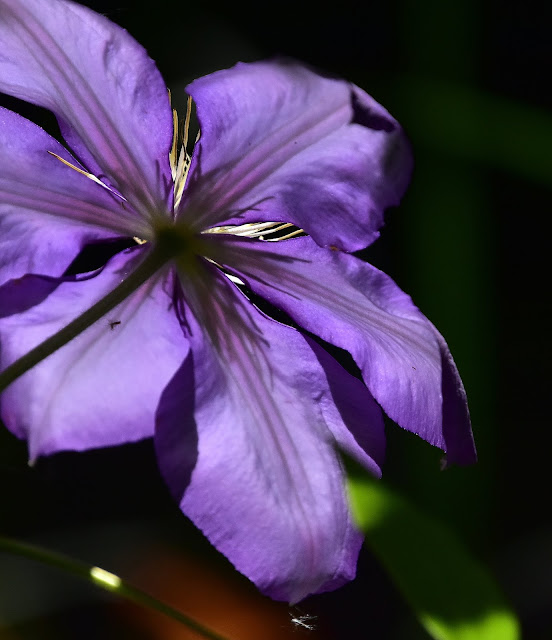 Okay, so how do I feel about all this??  First let me say I was not surprised by the diagnosis.  I had kind of expected and had a feeling it was going to come back positive.  I've been gearing myself up for that eventuality for quite awhile now.  Some other symptoms besides my high PSA numbers had made themselves known awhile back.  As I have said many, many, times in my posts over the years I am a realistic thinker and know enough not to fool myself by sugar coating things.  Not a matter of positive or negative thinking for me, just a matter of thinking realistically about where I am, where I am going, and how I am going to handle things.  So, from that standpoint today I begin an unknown journey and we'll see where it takes me.  It is still my intention to share my thoughts and feelings about all this just as I have been doing with most everything else these past number of blogging years. 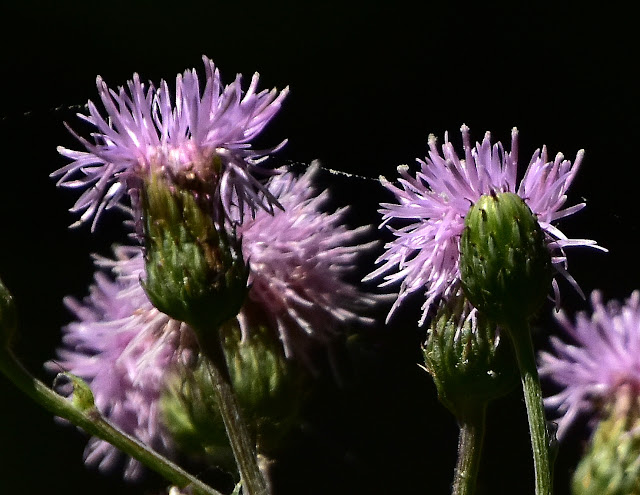 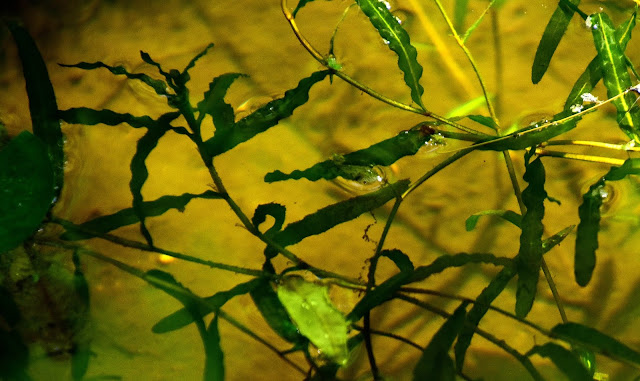 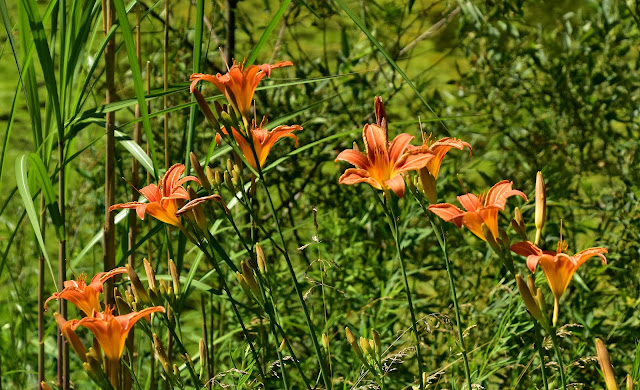 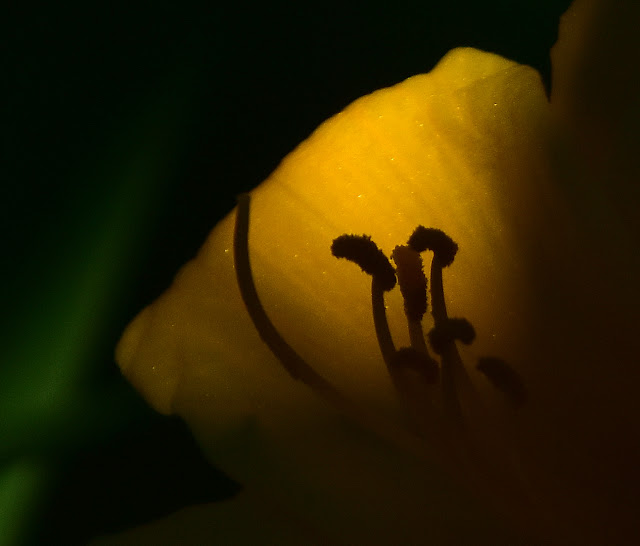 Okay, enough about all that stuff for now so let's get on with our usual ho-hum daily happenings.  Temperatures really plummeted Thursday evening and I think we may have even dropped into the high 50's overnight.  What a pleasant relief from the past few days heat and miserable humidity. 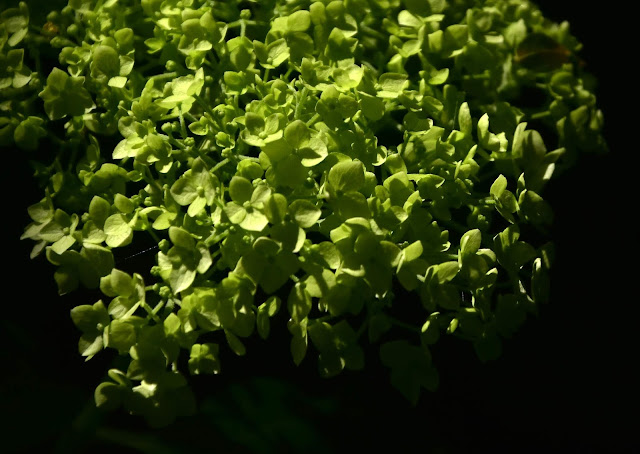 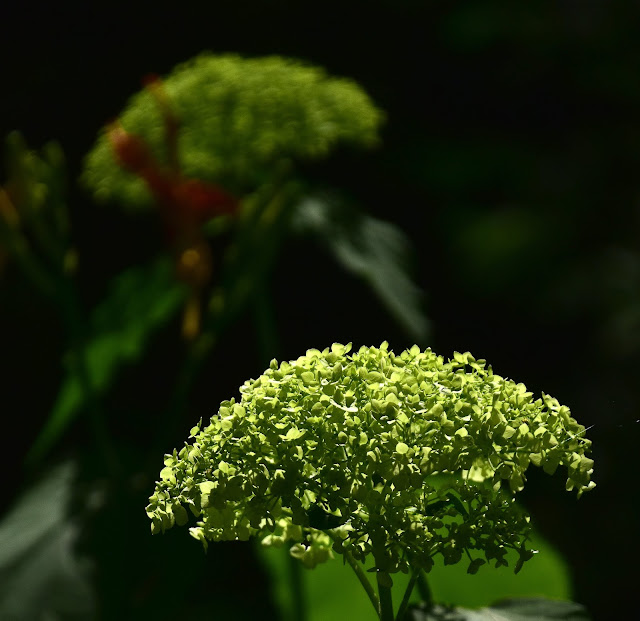 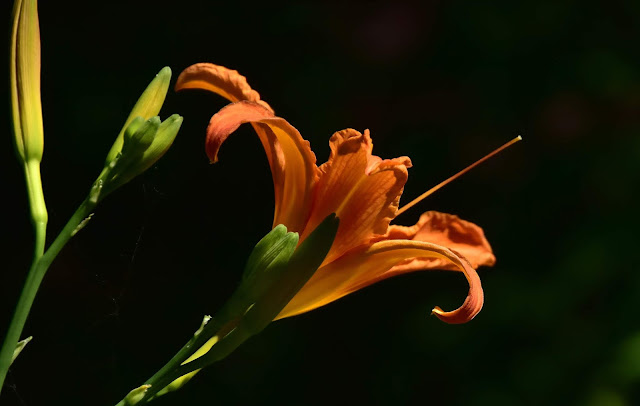 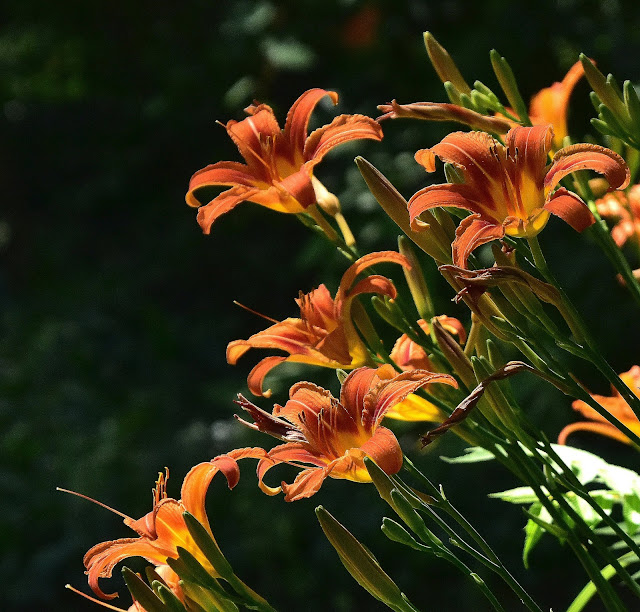 Because I had to go to Goderich for bloodwork later this morning it was a shorter drive for Pheebs and I.  Slipped out around our usual route Southeast of Bayfield for an hour or so.  Reason for not doing the bloodwork earlier in the morning was to avoid the crowd.  Most bloodwork folks pile in there first thing in the morning and it's standing room only sometimes in the little waiting room they have.
Home again we picked up Kelly who had a few errands in Goderich and we all headed off under cool cloudy skies.  Took care of Kelly's errands first then headed for the blood clinic.  I was surprised there were only 4 people ahead of me and doubly surprised when they took me right in ahead of the others.  I have no idea why but I sure didn't look at anyone in the waiting room on my way out.  I am sure they were all glaring daggers at me. 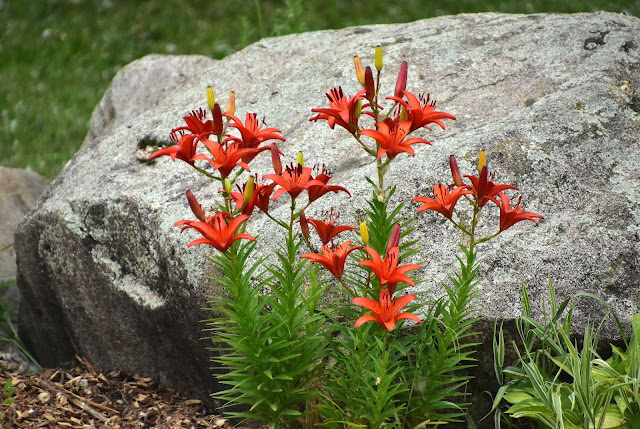 Our next stop was A&W for a couple Teen-burgers then over to Wendys for a couple Frosties.  We were back home shortly after 12. 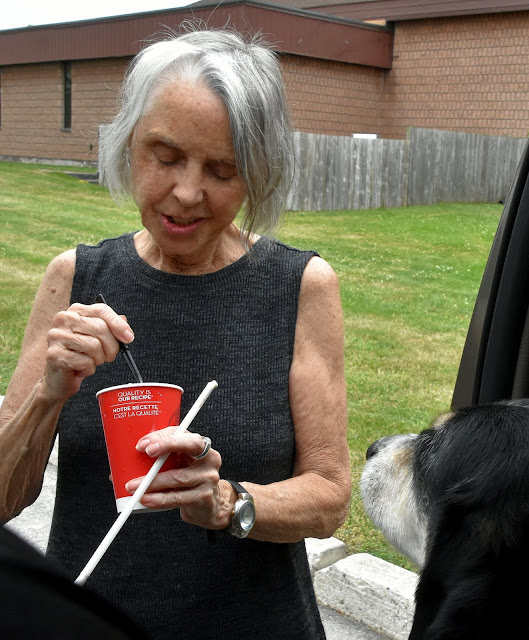 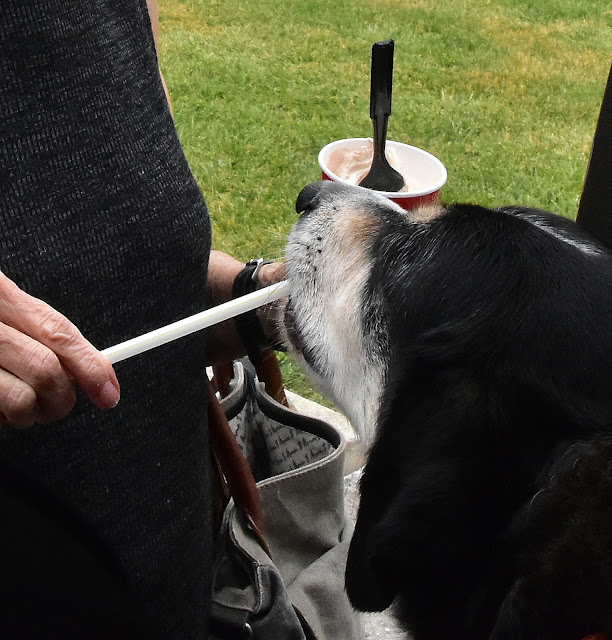 The un-named pink flowers in my Thursday post have been identified Sweet Pea.  Thanks to an email from blog reader Les and a blog comment from fellow Blogster Stew at The Furry Gnome for their response.  I just can't seem to retain flower names from season to season.  Birds and shrubs and a whole bunch of other stuff fall into that same category as well. 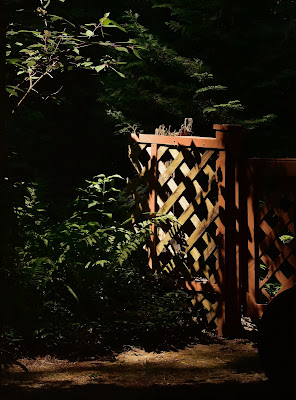 GROANER'S CORNER:(( A man is skydiving, enjoying his free-fall, when he realizes that he has reached the altitude where he must open his parachute. So he pulls on the rip cord, but nothing happens. “No problem,” he says to himself, “I still have my emergency chute.” So he pulls the rip cord on his emergency parachute, and once again, nothing happens.  Now the man begins to panic. “What am I going to do?” he thinks, “I'm a goner!” Just then he sees a man flying up from the earth toward him. He can't figure out where this man is coming from, or what he's doing, but he thinks to himself, “Maybe he can help me. If he can't, then I'm done for.” When the man gets close enough to him, the skydiver cups his hands and shouts down, “Hey, do you know anything about parachutes?” The other man replies, “No! Do you know anything about lighting a gas stove?”
=====================================
Posted by Al Bossence at 7/12/2019