THOUGHT I SAW SOMEBODY JUMP OFF THE BAYFIELD DOCK THIS MORNING.....AND YES THAT IS WHAT I SAW 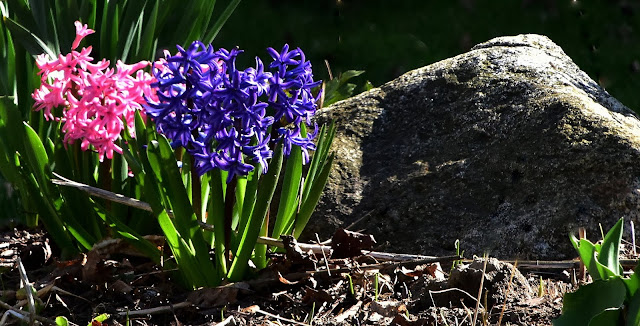 Having folded up and put away my warmly lined winter pants a couple weeks ago I figured I wouldn't need them again until maybe late October or November.  Turns out I needed them this morning.  With temps only a few degrees above freezing and strong icy winds again blowing from the North I once more had to dress for Winter:(( 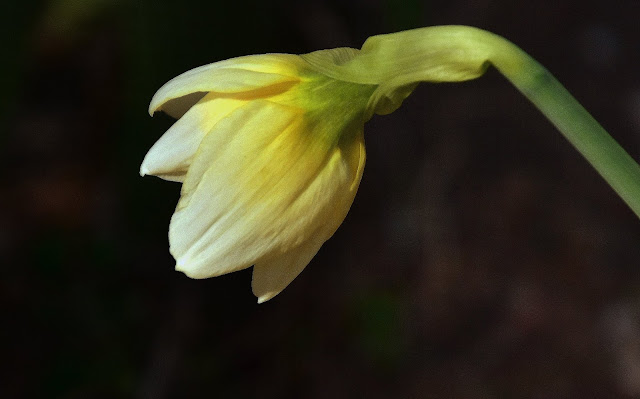 With the Jeep's heater on high Pheebs and I headed towards Bayfield to check out our favorite 'checking out spots'.  Bayfield's Beach is always one of those check points for us and I noticed right away high waves breaking over the piers on both sides of the Bayfield River.  Driving down into the harbor towards the beach I thought I saw someone jump off the end of the south pier into the churning lake waters.  Drove down to the end of the road by the pier quick as I could but no sooner had I parked the Jeep a fellow in a full body wetsuit walks by carrying a surfboard.  What!!  Despite the freezing cold air, blustery winds, and tumbling stormy waves it turns out there were five young guys surfing in those icy bone chilled Lake Huron waters.  And here I was dressed for winter sitting there with the Jeep's heater going full blast.  Some of my photos aren't the clearest but at least you will get the idea of what these young fellas were up to.  Watching them I thought to myself how foolish and dangerous that was and so typical of youth.  But then I had another thought.  All these books I have been reading these past bunch of years about pilots and air crew flying in the Battle of .Britain, the South Pacific, Africa, and Malta etc. have all involved the cream of youth.  Do you know those young fighter pilots flying those Spitfires, Mustangs, Corsairs, Hurricanes, Hellcats, and Thunderbolts were mostly all nineteen, twenty, and twenty one years old.  And the B-17 Flying Fortress's, Lancasters, B-25 Mitchel's, Halifax, and B-24 Liberator bombers were all of the same age as well.  Almost unimaginable and yet watching those young fellas out their in the stormy lake waters this morning I realized it was those very same types of courageous and dedicated young kids who won the Battle of Britain for England.  Yes, I do have to stop and check my thinking some days. 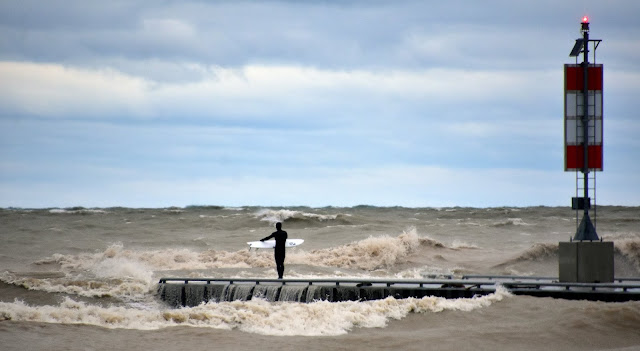 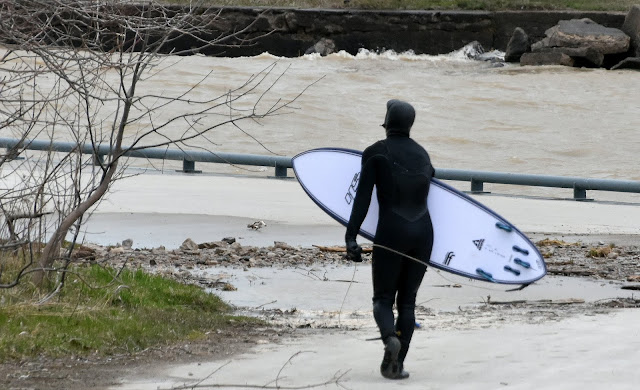 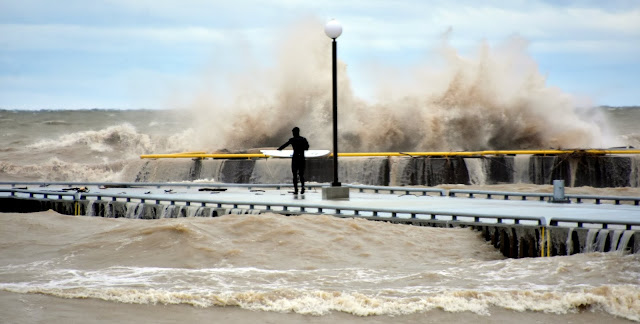 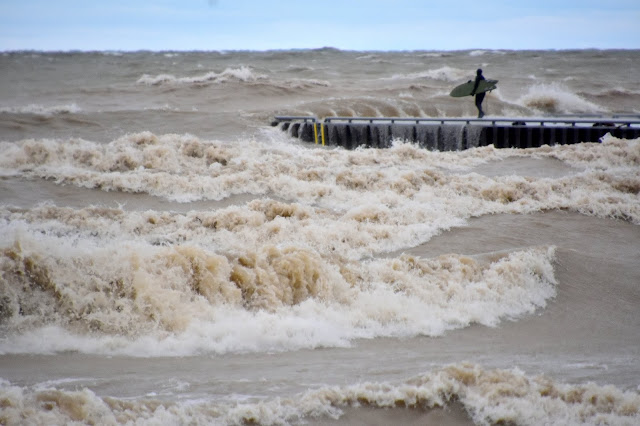 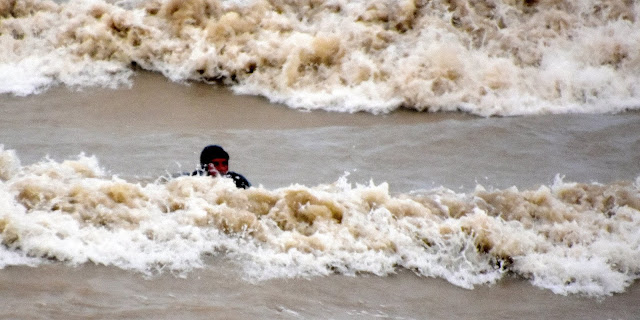 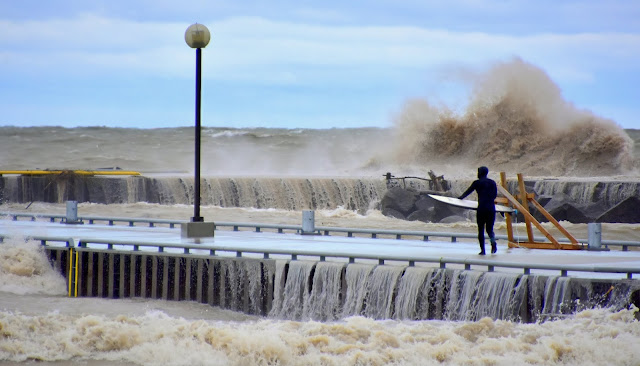 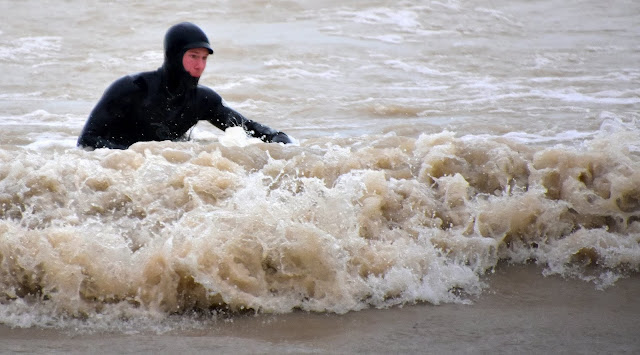 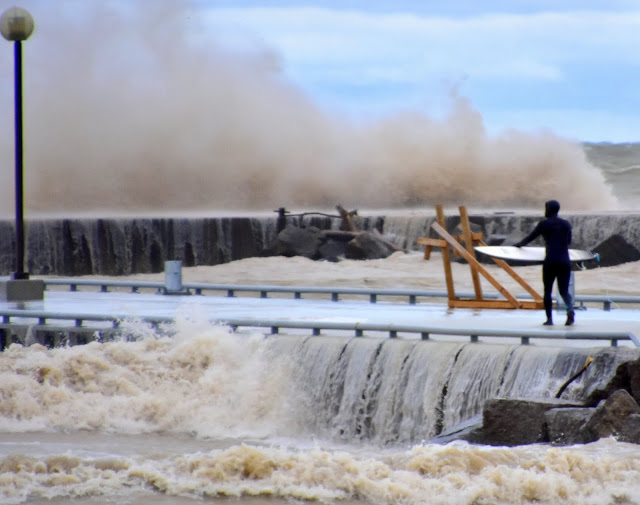 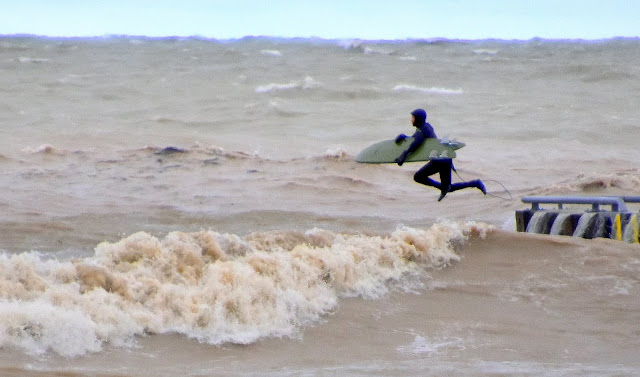 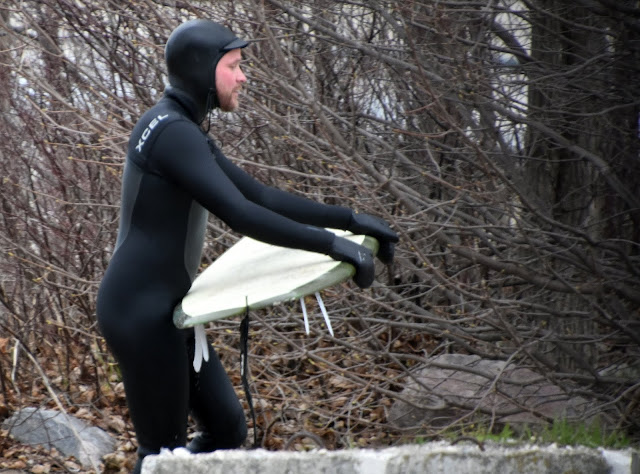 Because of the cloudy cold wind battered morning Pheebs and didn't venture too far again only stopping for one short wind blown leg stretch.  We were back home by ten. 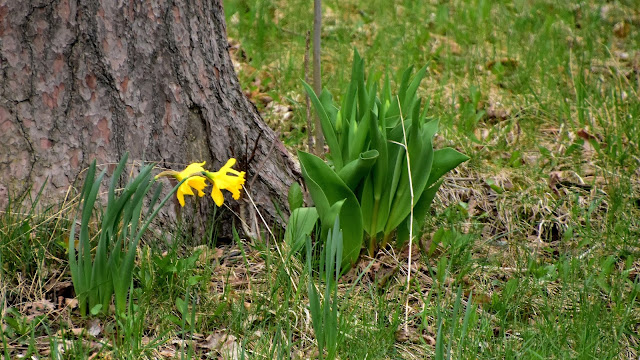 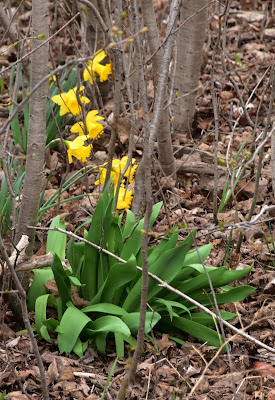 Had intended to stay inside but soon as I saw another Squirrel on the bird station I knew I had no choice but to suit up, head back outside, and re-engage myself in the ongoing battle of just who is going to outwit who next in these ongoing Squirrel Wars.  I had watched the little Red Squirrel earlier and determined how it was gettin up on the feeder so here's what I did.  Ripping a twelve foot piece of plastic siding off the house I (okay okay so I had a spare piece in the shed) I cut a five foot section off and screwed it onto the bird station post where there was a gap exposing the wood post in the tin stove pipe I had wrapped around the post originally.  Now that was this morning and as of tonight I have not seen a Squirrel back up on that feeder.  Score one for me, one for the Squirrels and another one for me.  So far right now it is 2-1 for my side but of course I do realize that I won't remain ahead indefinitely. 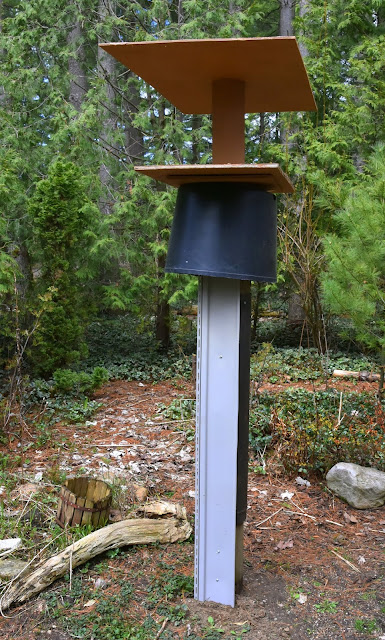 While outside tending to my little Squirrel problem I noticed the skies first lighten, then brighten, then by golly there was Old Sol a peaking down through the dissipating clouds.  Our day was finally salvaged after all and oh how nice to feel that warmth in the Sun's rays. Our temps actually rocketed up to a dizzying height of 37 degrees. 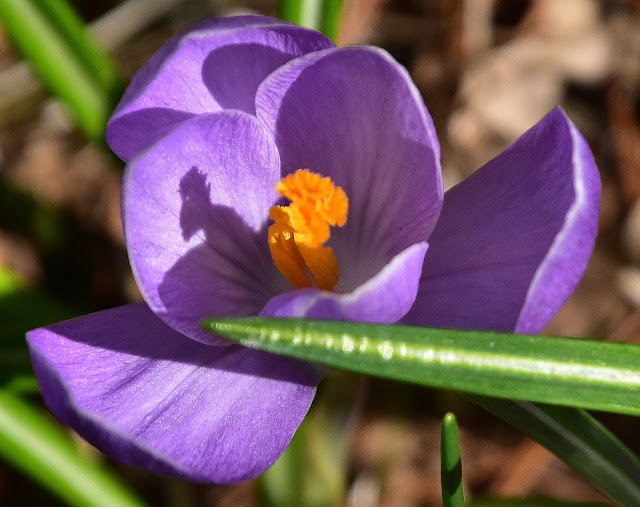 Bruce came over about mid afternoon and it wasn't long before he had the gate pieces fitted together and our west entrance to the back yard once again began taking a shape.  Weather permitting he will be back Sunday to finish up. 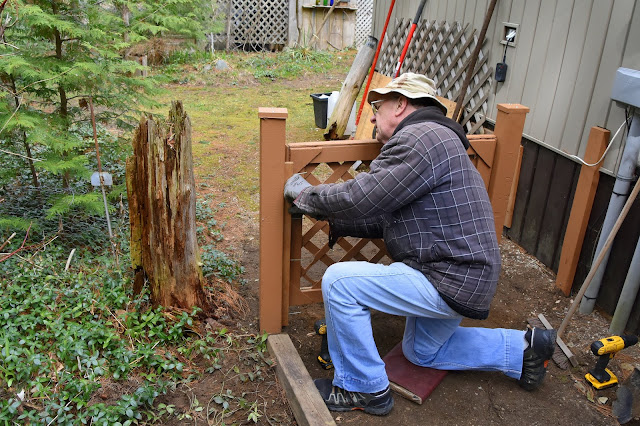 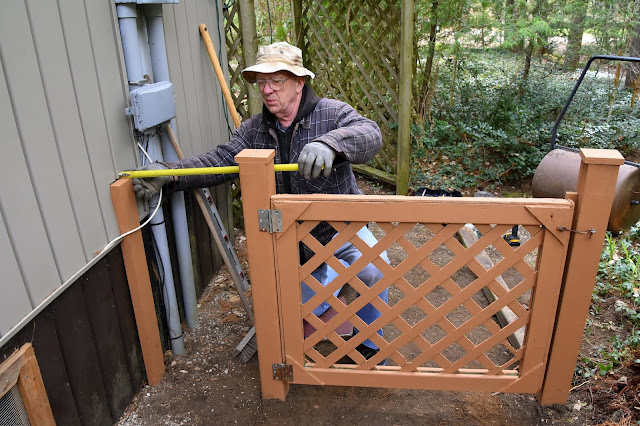