Simplify has become the new norm for me.  Well maybe not new but norm does take center stage.  Although it has been coming for quite awhile it's only recently that I have finally recognized and am trying to accept it.  And I chose to accept it rather than fight it.  Being a reality based person I basically understand how the normal aging stages of my mind are taking place.  This change doesn't happen overnight and it has and is taking time for my mind to deal with itself.  There has to be a reason for my impatience and daily frustrations and I'm realizing I have to back off those areas that cause me to be so upset with myself at times.  In other words, I have to back off and simplify my life.  Like water running down hill I have to, for my own good, seek the path of least resistance.  The days of plowing and powering through obstacles is mainly behind me and I have no interest in being the waterfall anymore and am finding more mental comfort in being the trickling stream.  And I have to learn how to think accordingly.  Case in point::  Two summers ago I got a Smartphone. (Samsung Galaxy A5) I have not used that phone once in the two years I've had it.  Thought originally I would enjoy all the Apps and use the camera.  Nope, didn't happen.  I think Smartphone cameras are technically great but I found it awkward to use and trying to compose a photo looking at the display for me was like trying to read an old faded print out at a self serve gas bar.  Some of the Apps were kinda cool but I never really used them.  The straw that broke the Camel's back for me occurred late last summer when I tried to download a compass app.  My phone was soon flooded with stupid ads and things popping up I had no interest in whatsoever.  It took Kelly quite awhile to get all that junk cleaned out of the phone.  But that was it, I was done with the whole Smart Phone thing.  I laid the phone down on a table and never touched it again.  In other words I had to deal with my impatient frustrations with the phone and make a reality based decision.  Not being a phone person to begin with and being discouraged with the phones learning curve etc. I walked away from it and that technology was another part of my Senior life I had to accept I didn't need.  Bottom line....I had to simplify an area of life that I was no longer coping well with.  Must say I feel much better not having those Smart Phone aggravations over my head.  By the way, that 'very little used' phone is now for sale and comes with two cases.  I carry a simple little 'flip phone' now (for emergencies) which is a third the size of the smart phone and doesn't come with all the annoying glam and glitz to confuse the absolute hell out of me.  Simplify carries on into other areas of my life now as well and I am slowly and sometimes reluctantly coming to grips with how to handle them.  No I'm not ready for a wheelchair in a Nursing home yet and I don't consider myself being anywhere close to that but I do have to work at understanding how to better deal with things I never had to deal with before.  I don't have a little boys mind anymore, nor a teenagers mind, or even the standard middle aged mind.  I have got to go with the changes this Senior mind of mine is demanding.  The mind that is in the process of taking over and running the ship.  Yes, my world is shrinking and it is imperative that I understand how to deal with that.  Simplifying my life is only one of the changes I am facing...….but it's a start. 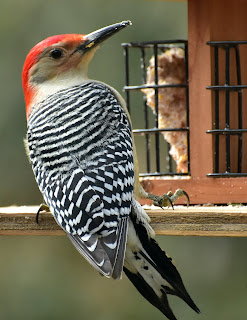 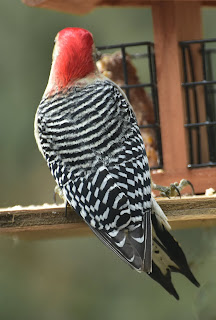 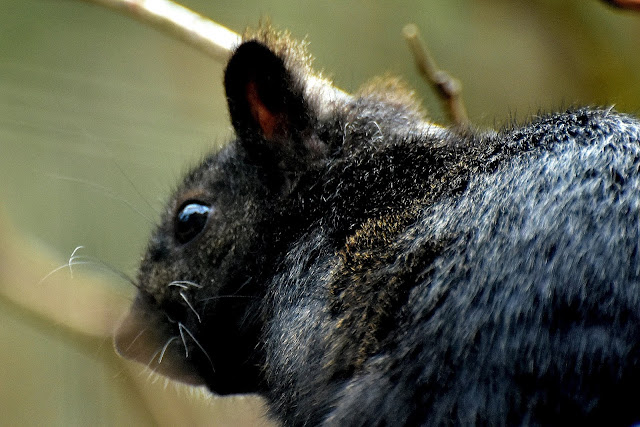 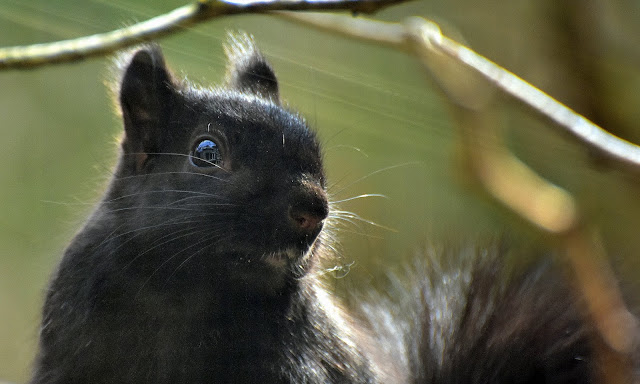 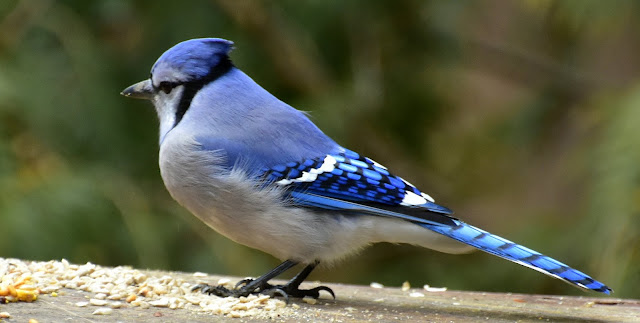 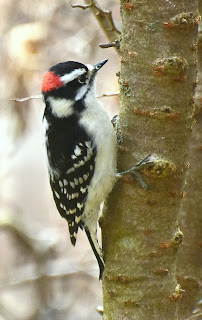 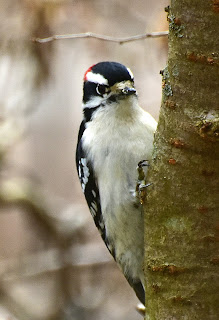 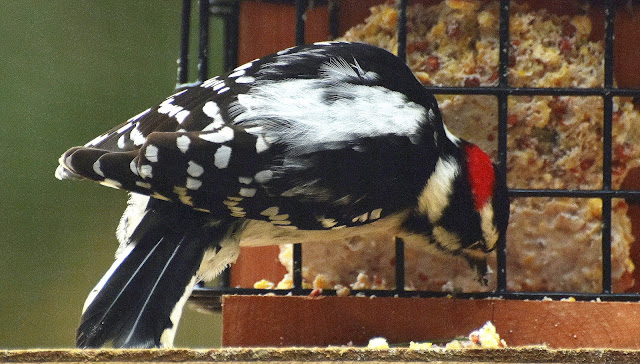 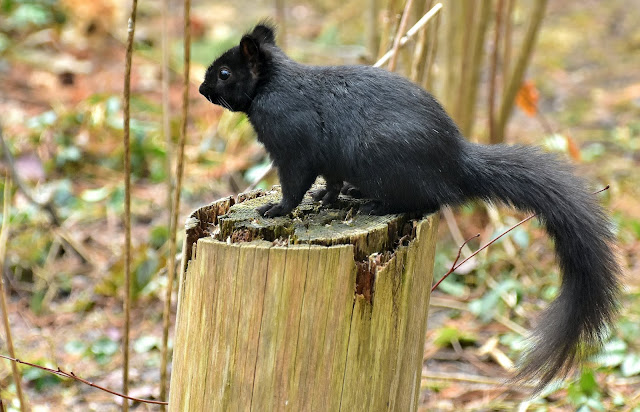 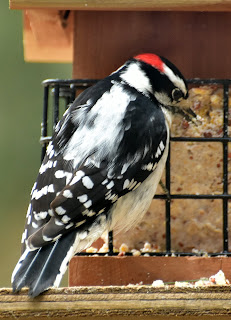 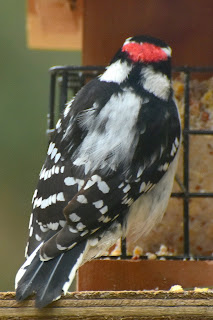 It was a cold North wind blowing this morning as Pheebs and I headed out for a short snort under cloudy skies into Bayfield and a couple country roads south of there.  A few snow flakes in the air later on with bouts of early afternoon sunshine.  Temperatures barely made it above the freezing mark and the wind chill made it too cold for doing anything outside.  It was another afternoon sitting beside the fireplace reading. 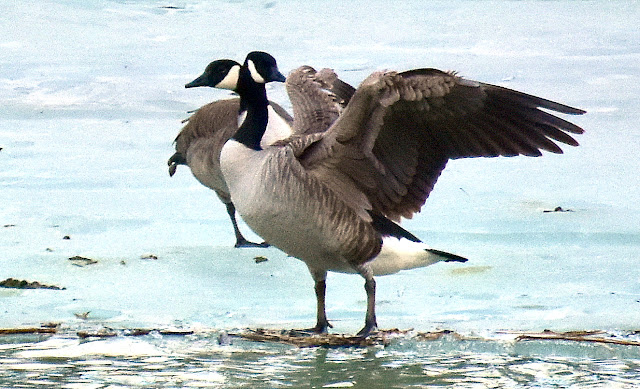 GROANER'S CORNER:(( An old Jewish couple were having an argument.  Sadie, the Wife: "It's Ha-WAI-i!"Morris, the Husband: "No, it's Ha-VAI-i!"Both being extremely stubborn and too proud to look it up, they continued on like this on their way to the grocer's. On their way they bumped into a stranger and decided to finish it once and for all.  Morris: "Hello there. Tell me, please. Is it Ha-WAI-i or Ha-VAI-i?"The stranger: "Ha-VAI-i."Morris to Sadie: "See, Sadie? Never doubt me.  "Morris to stranger: "Thank you very much.  "Stranger: "You're velcome."
----------------------
“What do you call a neighborhood where several authors live? A writers' block.”

Q: Where do sheep get their hair cut?
A: At the baa baa shop!