OH-OH GOOGLE HAS GONE AND DONE IT....COULD THIS BE MY FINAL POST??


Thunder, lightning and short heavy bursts of rain rumbled through our neighborhood about 10 o'clock Thursday night and looking out this morning it really put a dent in the ice and snow outside.  Long range forecast calls for blowing snow Saturday then a steady warm-up as temperatures slowly rise with lots of sunshine.  We'll keep our fingers crossed the forecast is accurate.  No matter what the weather does we are still glad to be home.  Spring is officially less than a week away:))
Nice surprise when I stopped into Bayfield's Shopbike Coffee Roasters .  My coffee and multi-berry muffin were free as well as other folks orders.  Apparently someone had paid for everybody's stuff this morning.  I think that is the second time that has happened to me in there.
Very overcast with a cold wind from the south but no matter, Pheebs and I cranked the heater up and put the front windows down.  Country roads were a bit soupy south of Bayfield but I figured we might as well get the Jeep good and muddied up because when we go to the car wash I will at least get my money's worth washing it.
Couldn't help think this morning how nice it was putt-putting along in a small peppy and maneuverable vehicle on

quiet back roads with little to no traffic.  A big contrast from last week wrestling a big 37' Motorhome with a tow vehicle on behind punching our way through big city traffic and long stretches of Interstates with narrow construction zones.  And the general state of many Interstates is absolutely terrible with all their broken pavement, potholes and ruts.  I think Michigan wins first prize for having the worst roads in America.  I figure tire and front end suspension companies must be paying off State Governments purposely not to fix the roads.  What an absolute shambles some of those Interstates are in and it just beats the absolute hell out of everybody's vehicle. 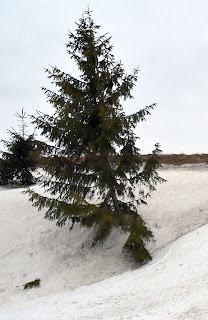 A FEW SNOWY PATCHES ALONG THE WAY Pheebs and I were back home about an hour and a half after we left.  Nothing too exiting going on anywhere and with a rather bland looking landscape it was difficult to find many photos.  Oh well it was just nice being out and about in our rural countryside again.  It's home for me. 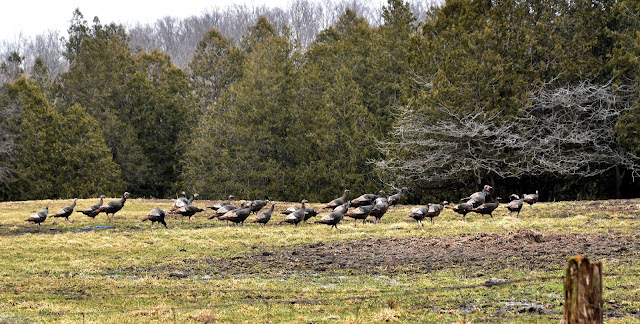 With recent milder temperatures and last night’s heavy rains the ground finally thawed out enough overnight to drain all the surface water that had being lying on top of the ice underneath.  Big change in our driveway this morning and it was actually walkable without slipping and flying upside down. 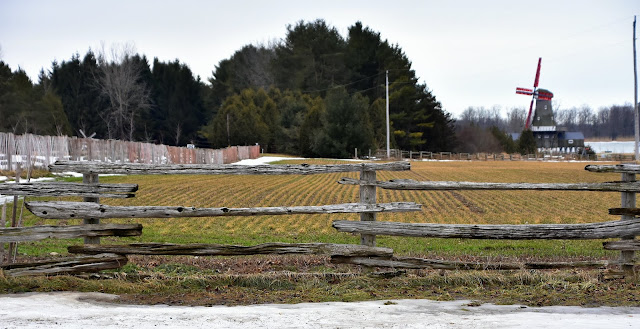 Don’t know what exactly will happen when I hit the ‘Publish’ button on Open Liver Writer tonight.  It’s March 15th and that’s when things are supposed to go all ka-fluey with Picasa, Google Photos, OLW, Blogger, etc. etc. etc.  Update::  Okay, here's what happened.  Open Live Writer threw an error message and it looks like Google, true to it's promise has knocked out Picasa so I'm trying this in Blogger which may or may not work.  If this works I at least have a chance of continuing the blog although I'll be stuck with clunky Blogger again.  If it doesn't work and if Picasa is truly dead don't be surprised if you don't hear from me for awhile.  Without my easy to use Picasa program I am totally dead in the water.  Sure I could still write and publish a post but without photos I have no interest in doing that just as I would have no interest in publishing photos without my usual daily banter.  Okay, here I go to hit the 'Publish' button.  Wish me luck...…..((Picasa is my photo editing program) 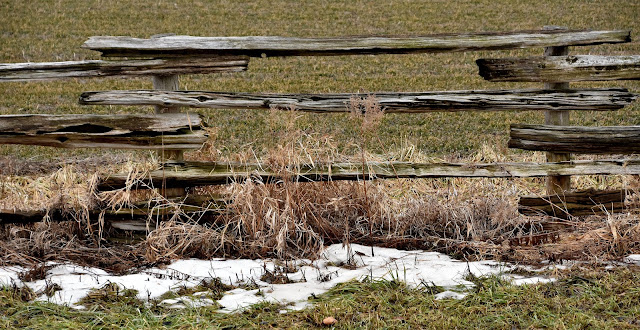 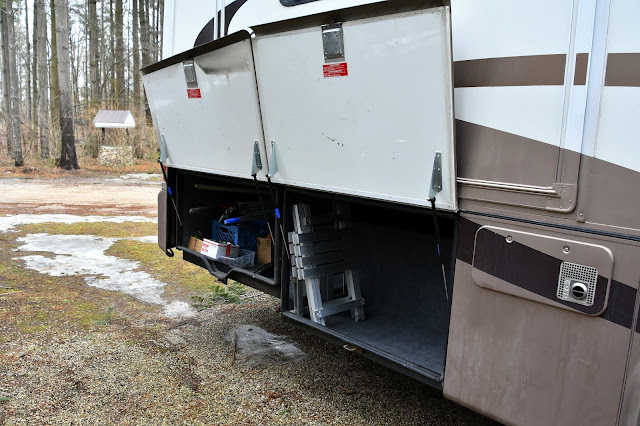 Despite the cold dampness I decided to work on emptying some of the rig’s bins.  It’s just the beginning of a long haul major clean-up again.  I’m tired just thinking about that.
GROANER'S CORNER:((  This preacher was looking for a good used lawnmower one day. He found one at a yard sale that Little Johnny happened to be manning."This mower work, son?" the preacher asked.Little Johnny said, "Sure does...just pull on the cord hard, though."The preacher took the mower home and when he got ready to mow he yanked and pulled and tugged on that cord. Nothing worked. It wouldn't start.  Thinking he'd been swindled, he took the mower back to Little Johnny's house. "You said this would work if I pulled on the cord hard enough.""Well," Johnny said, "you need to cuss at it sometimes."The preacher was aghast. "I've not done that in years!""Just keep yanking on that cord, Preacher. It'll come back to you."