In my Tuesday night post I forgot to include a link to my buddy Jim's blog so before my mind wanders away and leaves me by myself again here is where you can find him....Lifetime Sentences. 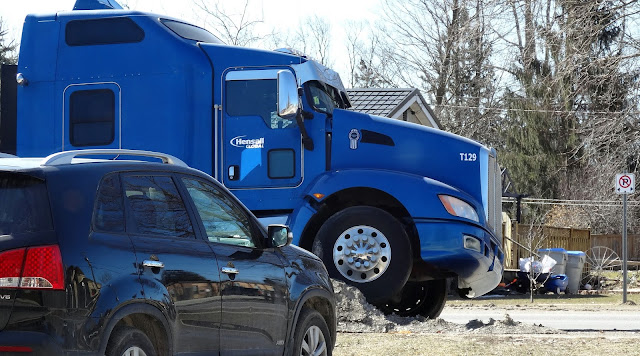 A wee smash warmer today with temps climbing into up the low 40's under clear blue sunny skies.  Of course here beside the icy cold waters of Lake Huron one can generally knock off a few degrees from warmer inland temperatures this time of year. 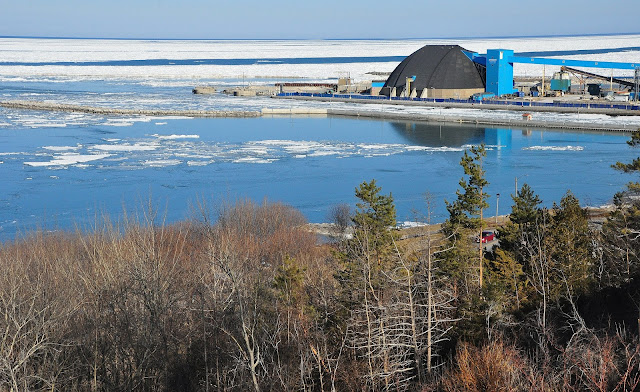 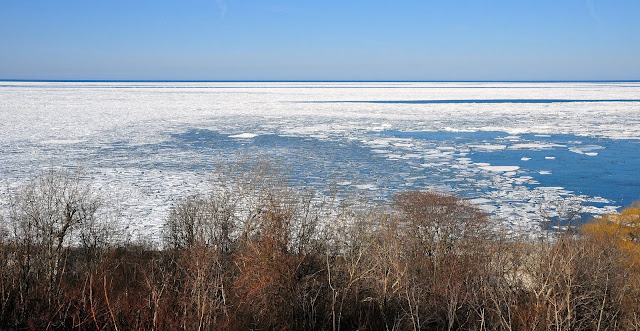 Pheebs and nipped up to Goderich to have us a look see how the harbor ice was doing.  Still lots of it there but maybe not as thick as last week.

Tried out a trail east of Goderich but it was still too muddy in spots.  Won't be long though until we can get ourselves out on a few forest trails again. 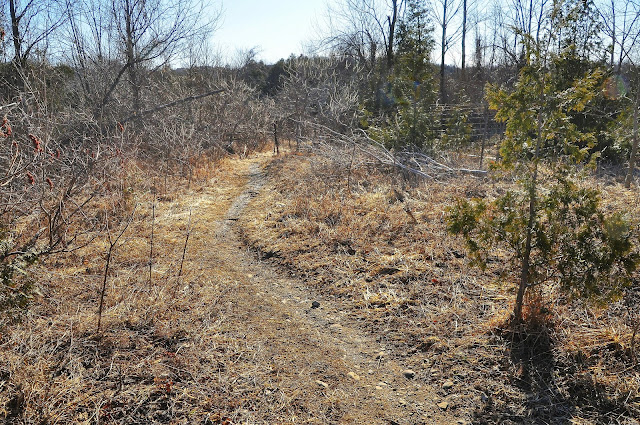 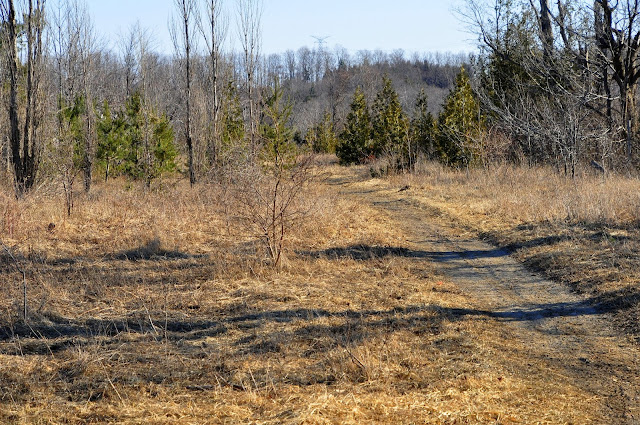 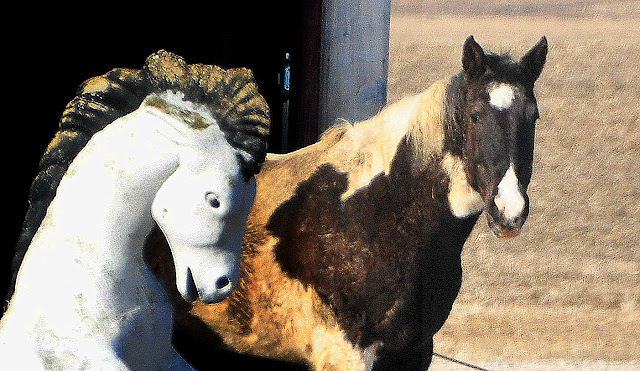 It was a good afternoon to hook up the utility trailer and haul a couple loads of yard waste to our Park's recycling area.  Mostly pine needles with a few downed small branches thrown in.  Nice to be outside getting some much needed exercise and accomplishing something.  Did notice I seemed to tire a bit easier this year which I'm sure had something to with slugging that heavy utility trailer of ours around trying to hitch and un-hitch it..  I swear that thing gets bigger and heavier each year.
It was one month ago today we left Borrego Springs California on our long journey home.  My only regret was that while in Borrego I had forgot to stop into the Anza-Borrego Desert Nature Center store downtown to say hello to a long time blog reader lady who had recognised Kelly when she walked into the store a week or two before.  Next time:)) 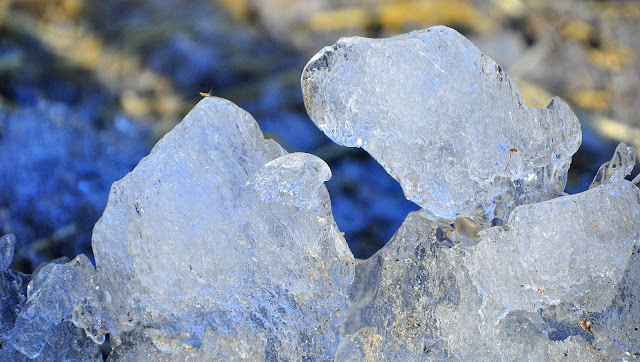 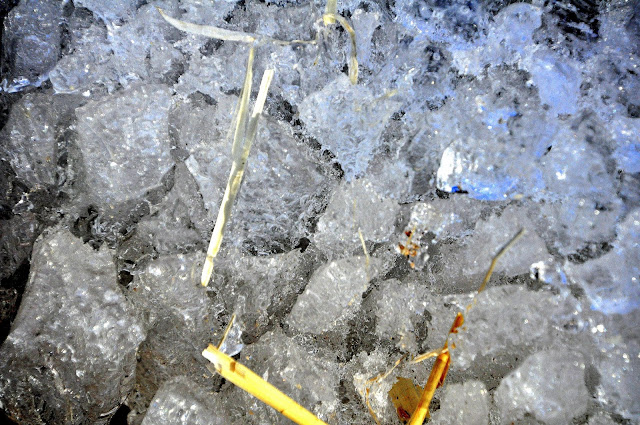 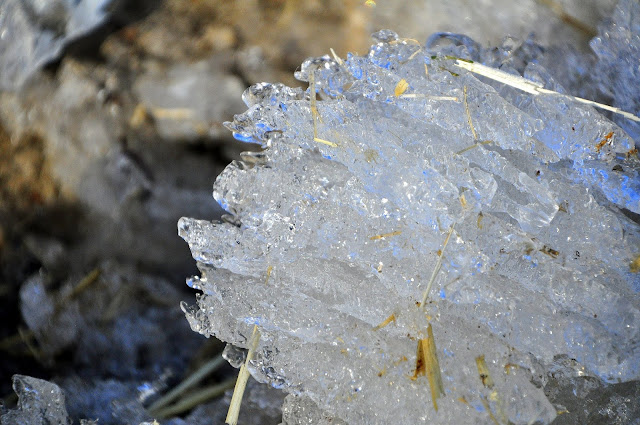 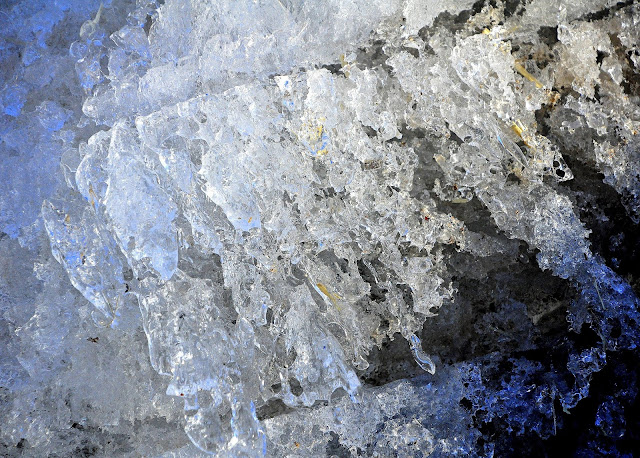 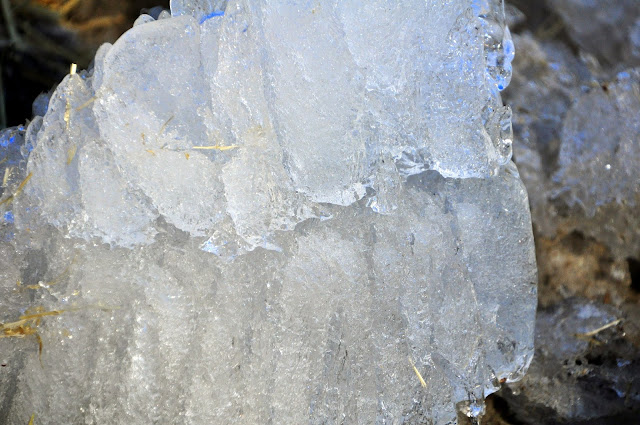 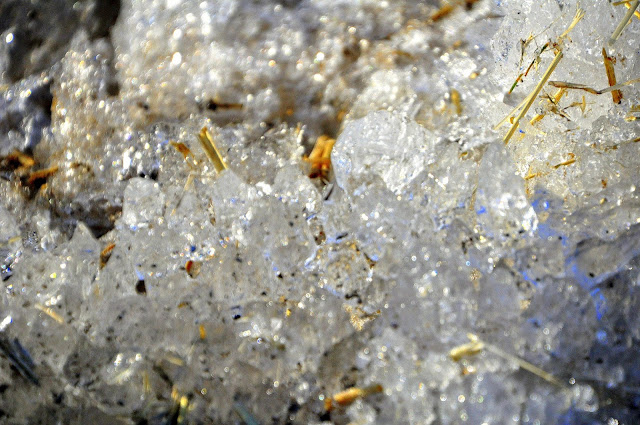 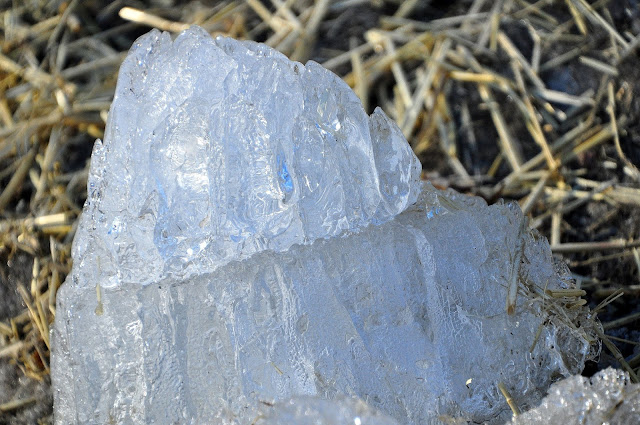 
Q: What do you call a lawyer who has gone bad?
A: Senator.
Q: Whats the difference between a politician and a snail?
A: One is slimy, a pest, and leaves a trail everywhere and the other is a snail.
- A politician will find an excuse to get out of anything except office.
- Congress does some strange things. They put a high tax on liquor and then raises the other taxes that drive people to drink.
- A priest, a politician, and a clown, walk into the bar. The bartender says, "What is this, some kind of joke?"
=====================
Posted by Al Bossence at 3/27/2019