BOUSE ERRANDS, BYE BILL, AND HEADING OUT IN THE MORNING 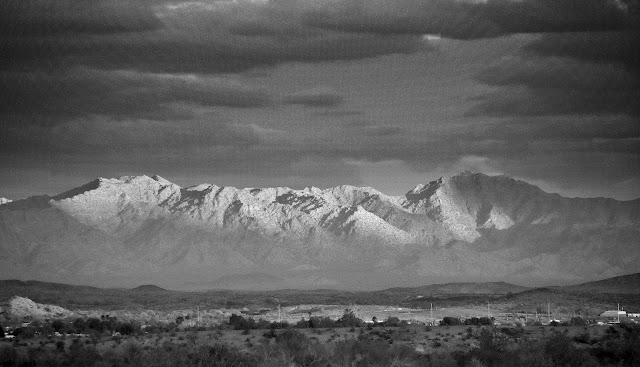 Not many stars visible in the pre-dawn sky so I knew we were in for a cloudy start to the day.  Luckily it was not a solid cloud cover like those lifeless depressing gray days we get back in Ontario during the miserable month of November.  Cloudy skies here in the west usually have a lot of texture giving them a moody personality all there own and I visually love those kinds of skies. 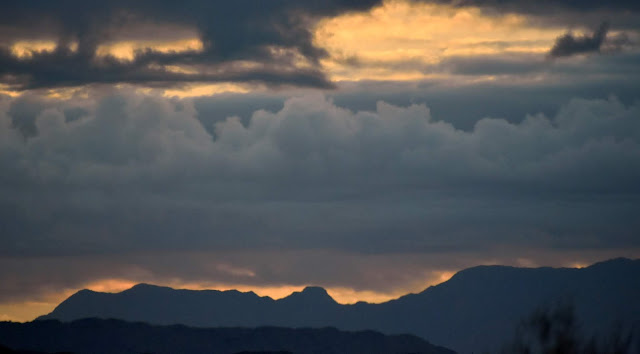 Decided to Bouse ourselves this morning so slipped into town with a small load of laundry.  Popped into the Roadrunner General store for some milk, refilled 4 jugs of water at a roadside water station then took us for a drive around town stopping to take a photo at the Bouse Airport of a plane on the runway waiting to board passengers for a non stop international non stop night flight to Hong Kong:))

With our Bouse errands all wrapped up it was back out to the rig under clearing skies.  Southwest skies sure don't stay cloudy long out here in these parts.  Decided to head out in the morning and head for an area we have only drove through one time years ago. 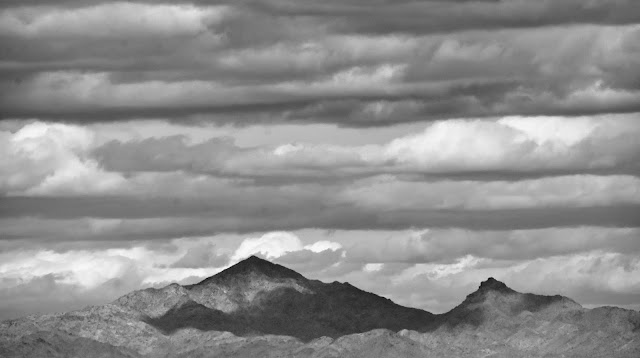 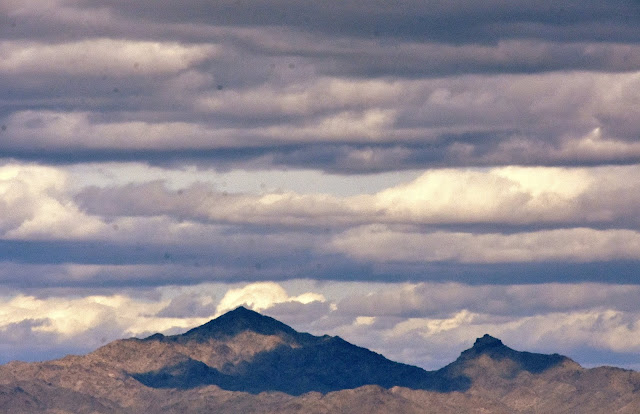 Drove down to Bill's site late this afternoon for a visit and to say 'good-bye.'  Although we may be back through this area later this month Bill is heading out for British Columbia a week from today so he will be gone.  A swell fella that Bill and he's been a good friend over the years.  If we make it out here again next winter we'll know right where to find him:)) 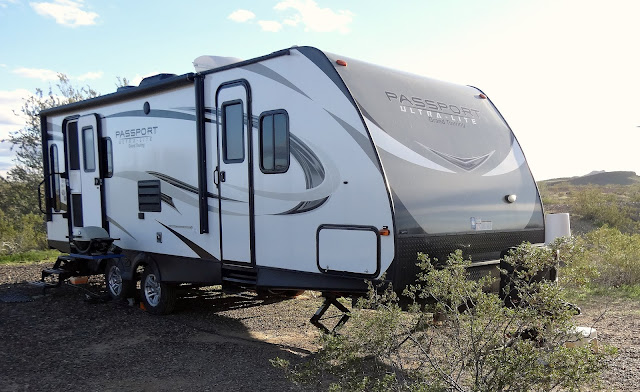 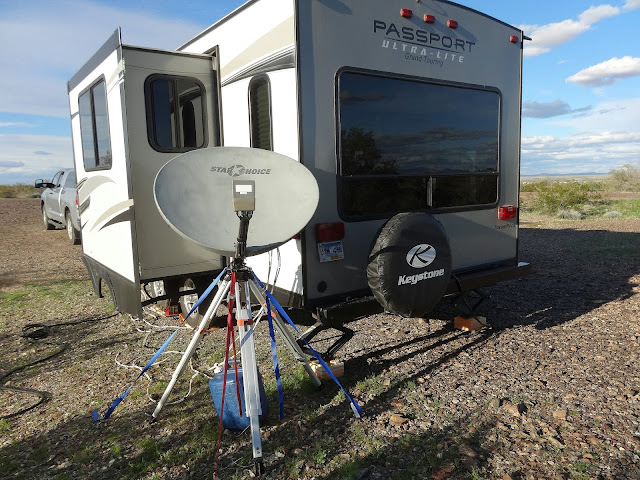 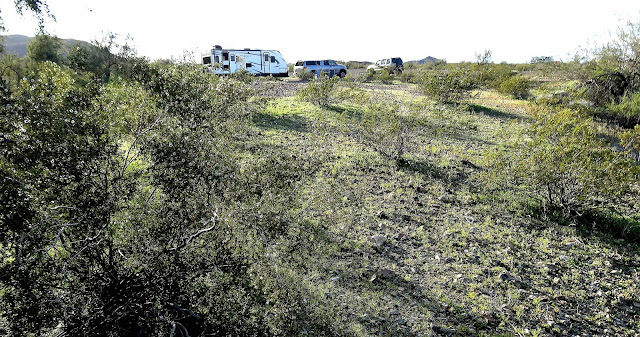 A number of readers haven't been receiving the automatic email notifications for our blog lately so Kelly dug into our settings and found some things had unexplainably changed.  She worked on that for awhile and it might be Okay now.  Look to the top of our sidebar for 'Follow by Email' in case you have to re-subscribe. 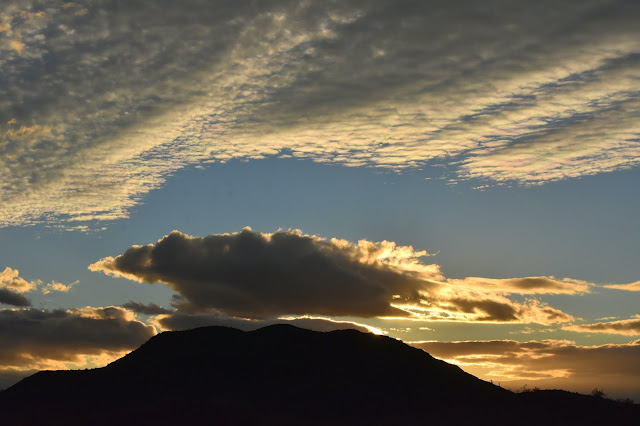 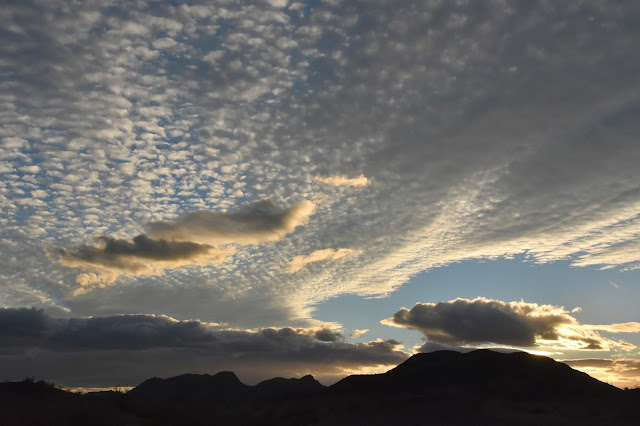 Don't know what kind of an internet connection we will have Tuesday night so if you don't see a post it probably means we are in a Verizon weak spot again. 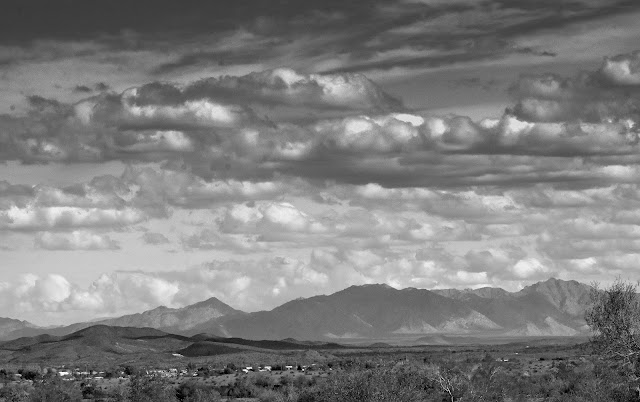 GROANER'S CORNER:((  A wife was making a breakfast of fried eggs for her husband. Suddenly, her husband burst into the kitchen. "Careful," he said, "CAREFUL! Put in some more butter! Oh my GOD! You're cooking too many at once. TOO MANY! Turn them! TURN THEM NOW! We need more butter. Oh my GOD! WHERE are we going to get MORE BUTTER? They're going to STICK! Careful . CAREFUL! I said be CAREFUL! You NEVER listen to me when you're cooking! Never! Turn them! Hurry up! Are you CRAZY? Have you LOST your mind? Don't forget to salt them. You know you always forget to salt them. Use the salt. USE THE SALT! THE SALT!" The wife stared at him. "What in the world is wrong with you? You think I don't know how to fry a couple of eggs?" The husband calmly replied, "I just wanted to show you what it feels like when I'm driving." ----------------------
- Why are frogs always so happy? They eat what ever bugs them
Q: What happens when a Buddhist becomes totally absorbed with the computer he is working with?
A: He enters Nerdvana.
----------------------
A man was recently flying to New York. He decided to strike up a conversation with his seat mate. "I've got a great politician joke. Would you like to hear it?" "I should let you know first that I am a politician." "That's OK. I'll tell it really slow!" ===============
Posted by Al Bossence at 2/04/2019