ABILENE TEXAS TO VAN HORN TEXAS: A LOOOOONG FLATLAND DRIVE WITH A LOT OF TEXAS ‘OIL STUFF’ ALONG THE WAY 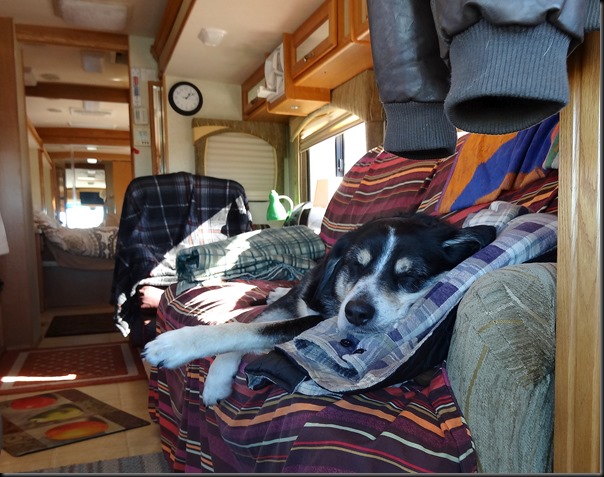 SNOOZING A FEW OF TODAYS MILES AWAY

It was a whole herd of police sirens going by somewhere nearby that roused me out of a sound sleep around 4 a.m.  Luckily I was able to doze off again until nearly 6. 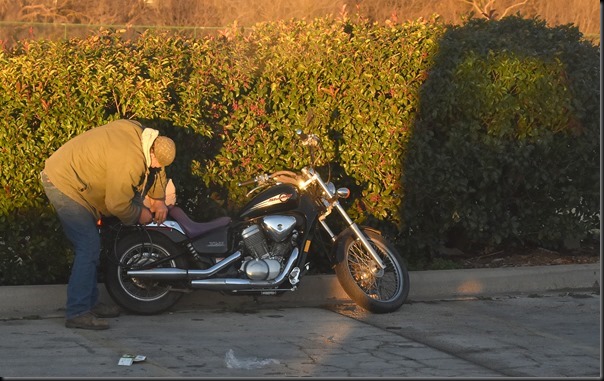 THIS FELLOW PULLED IN NEAR US FRIDAY NIGHT, UNROLLED A SLEEPING BAG AND SLEPT BESIDE THAT HEDGE……THIS MORNING he PACKED UP AND AWAY HE WENT 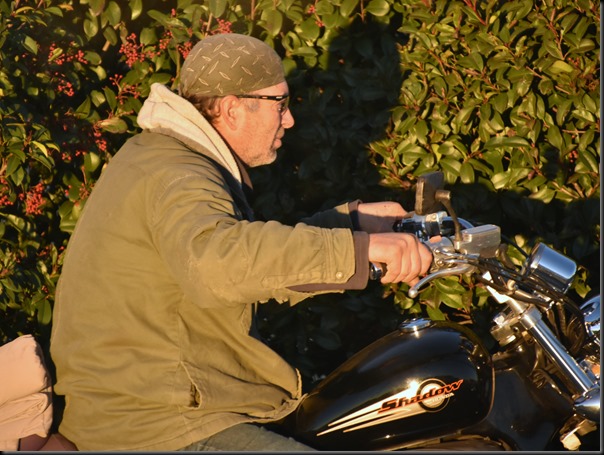 How nice to see clear skies and sunshine right off the bat.  And how nice to feel warmer temperatures.  Kelly said it was the first morning she was able to be outside without her winter hat and gloves on since we left home one week ago. 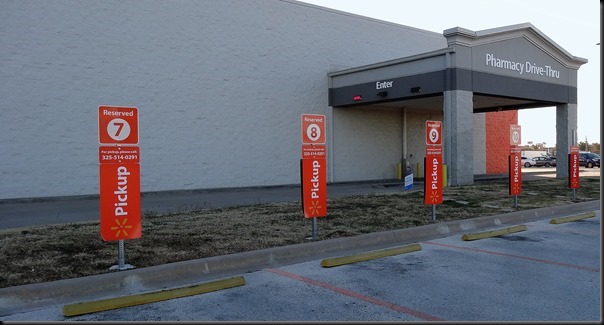 WALMART’S DRIVE-THRU PHARMACY AND HERE’S WHERE YOU PARK TO HAVE YOUR GROCERIES DELIVERED RIGHT TO YOUR CAR…..WHAT’ NEXT!! 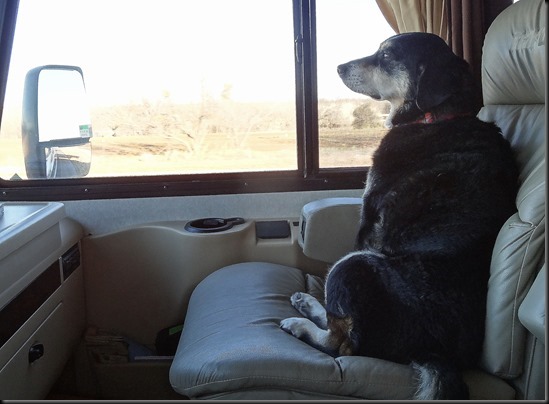 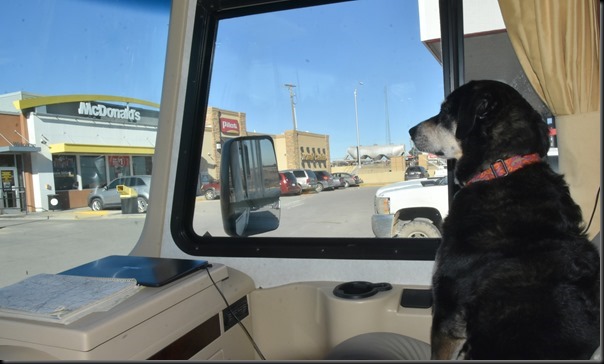 WAITING FOR MOM TO BRING BACK SOME TREATS

It was 8:48 when we put Abilene’s Walmart in our rear view mirror and headed out of the parking lot swinging up onto I-20 heading south.  Being Saturday morning traffic was noticeably lighter. 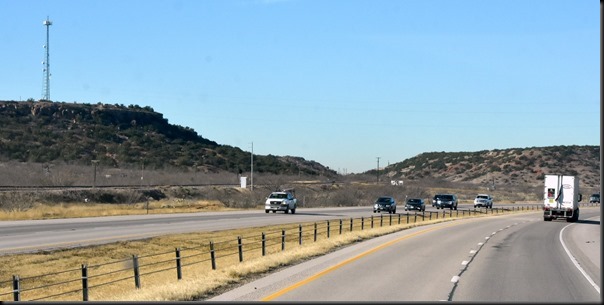 ONLY ONE SLOW DOWN FOR ROAD CONSTRUCTION TODAY

It’s a looooong mostly flat stretch of interstate running west of Dallas and we noticed a big change in something since the last time we traveled this stretch of road just over a year ago.  Couldn’t believe the massive growth in the oil industry all the way from Midland to Pecos.  This whole region is known as the Permian Basin and has now become the second largest oil producing area in the world.  Evidence of the oil boom stretches for miles along both sides of I-20.  Everything involved with oil drilling is here and I bet there are more pick-up trucks per square in this oil patch than anywhere else in America.  And where do all those oil workers stay??  RV trailers, that’s where.  They can rent them here at Workforce Lodging Solutions.

ALONG SOME STRETCHS OF I-20 THERE WAS A STRONG SMELL OF OIL IN THE AIR….I CERTAINLY WOULD NEVER WANT TO LIVE ANYWHERE IN THIS AREA 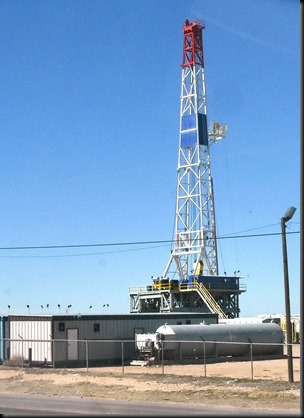 With 2 days to reach El Paso I figured we would stop about half way in Pecos for the night.  Well that is until we reached Pecos.  This former little dusty nothing of a place has also been swept up in the oil boom frenzy like both Midland and Odessa.  The place was a zoo of vehicles running around all willy nilly.  Couldn’t get out of Pecos fast enough.  Decided to push on to Van Horn where we knew of a quiet place to stay for the night.  Same spot as last year when we came through this way and it was shortly after four in the afternoon when we pulled in and shut down. 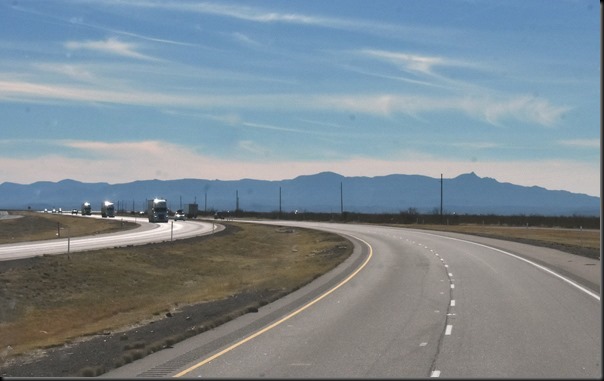 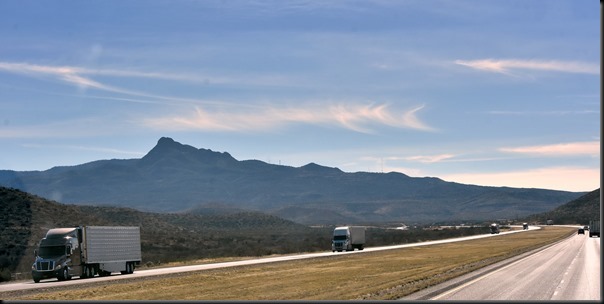 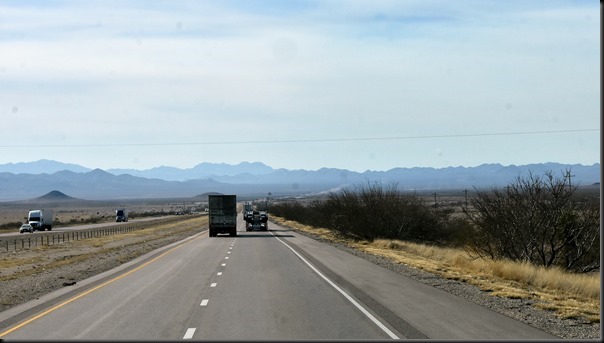 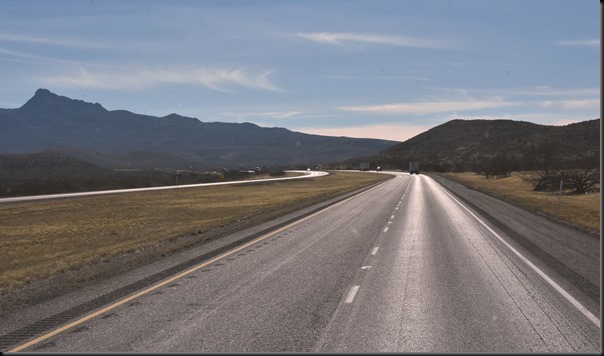 Sunday we only have 120 miles to go so we plan to make it a more relaxing day.  Maybe get some cleaning done around the Motorhome.  Maybe get some walking in to strengthen our rubbery leg muscles. 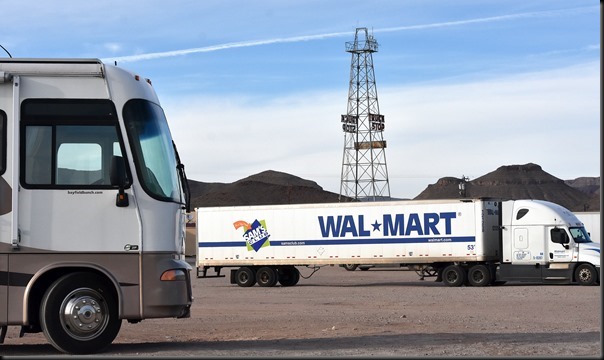 SEEMS WE JUST CAN’T GET OURSELVES AWAY FROM THAT GOL DARN WALMART!! 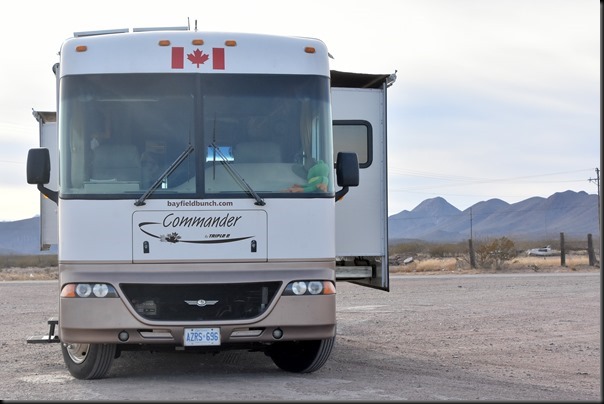 AND YES THOSE ARE REAL MOUNTAINS IN THE BACKGROUND

GROANER’S CORNER:((  A 7-year-old and his 4-year-old brother are upstairs in their bedroom. The 7-year-old is explaining that it is high time that the two of them begin swearing.When his little brother responds enthusiastically, the 7-year old says, "When we go downstairs for breakfast this morning, I'll say 'hell' and you say 'ass'." The 4-year-old happily agrees.As the two boys are seating themselves at the breakfast table, their mother walks in and asks her older son what he would like to eat for breakfast. The 7-year-old replies, "Aw hell, Mom, I'll just have some Cheerios.The surprised mother reacts quickly. "WHACK!"The boy runs upstairs, bawling and rubbing his behind. With a sterner note in her voice, the mother then asks the younger son, "And what would YOU like for breakfast?""I don't know," the 4-year-old blubbers, "but you can bet your ASS it's not gonna be Cheerios!"

It was the usual day at our bank.A woman came up to customer service and demanded, “What do I have to do to change the address on my account?”Without looking up, I replied, “Move.”