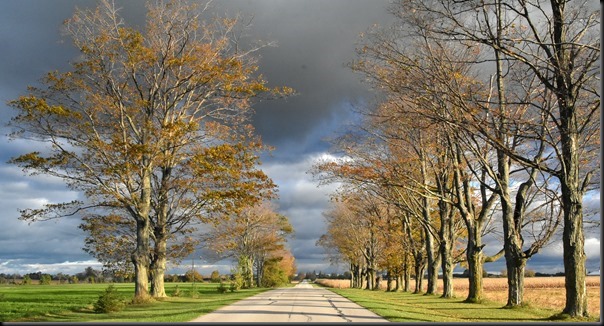 FIVE MINUTES LATER AND THE SUN WAS ALL GONE

It was a beautiful morning, for about 10 minutes then 'zap' we were under clouds again.  Pheebs and I persevered and got us a Jeep ride in despite the impending rain. 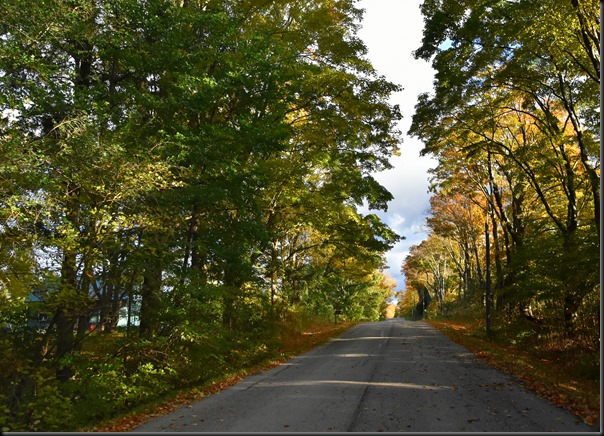 Working away between periods of afternoon thundershowers I was able to set up a few extra birdfeeders for the coming winter. 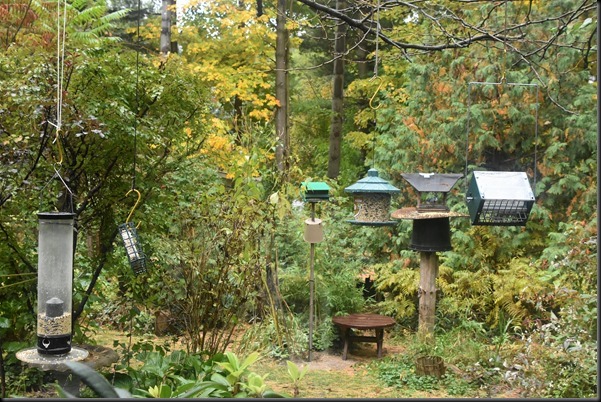 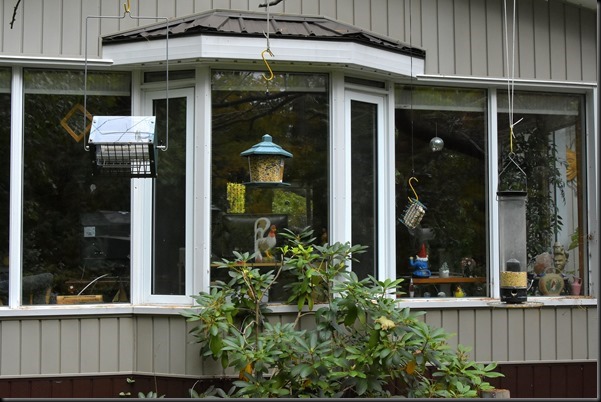 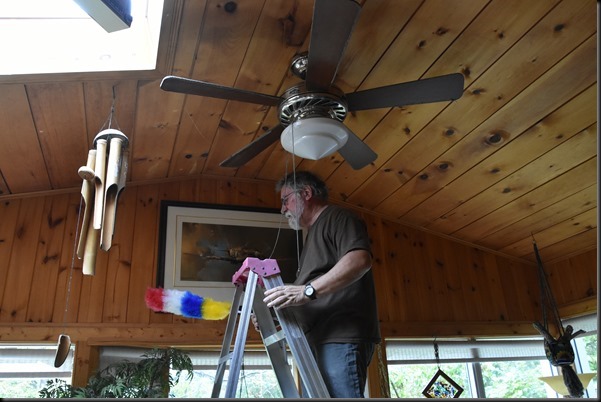 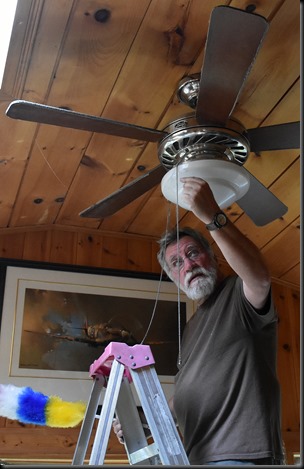 DUSTING DOWN A FEW COBWEBS IN OUR SUNROOM

Often it was the third Saturday in October when we would leave our cozy little place just outside Bayfield, load ourselves into the Motorhome and head off down the road in the direction of America's Great Southwest.  Not so this year but I couldn't help but think late this afternoon which 'Cracker Barrel’ we would have pulled into for supper and an overnighter in their parking lot.  ‘Cracker Barrel’ was always our fav.  We would look for one either somewhere north of Indianapolis or east of Chicago.  Always liked to leave Bayfield early on a Saturday morning to position ourselves for doing either of the big cities on a quieter Sunday morning. 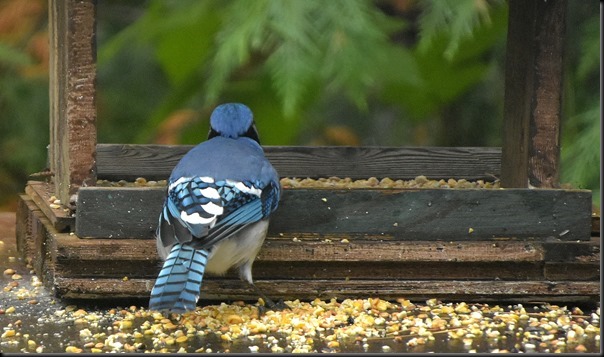 I have travelled through many of the States south of the border and hands down it was, still is, and always will be the Southwest I love best.  Yes the other States all have their good points I suppose but they don’t have the magic or mystique of the deserts and mountains, , nor the same flora or fauna the Southwest has.  And oh those crystal clear winter night skies.  New Mexico, Arizona, California, and Utah.  Love the wide open spaces, the loneliness and longing, the old west’s fascinating history.  Ghost towns, cattle herds, cowboys, Indian lands, mountains and desert roads and trails and oh how many times we have camped out in the Sonoran desert among the tall and stately Saguaro Cactus.  Funny to think we once had 3 of our own very old Saguaros right beside our little Adobe house in Congress Arizona.  Seems so long ago already and yet it has only been a few years.  Oh how I would love to drive by and see how all my planted cactus Pals are doing. 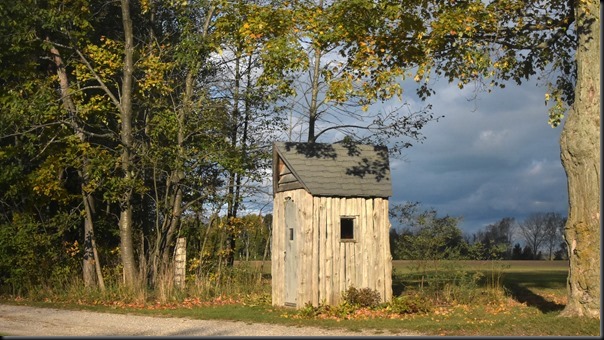 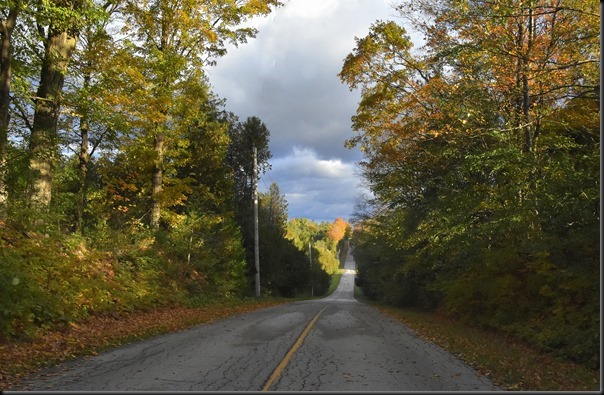 I sit here tonight wishing we were once again on our way and yet there is a calm feeling inside knowing I do not have to endure those stressful highways anymore, the cities, the traffic, the unexpected RV problems and a plethora of other worrisome things that go along with the traveling lifestyle.  I won’t miss them, yet I already miss them.  There is a comfort being away from that stress but I know in my mind just around the corner I will always be longing to climb aboard another RV and adventurously head once again for the great American Southwest to gaze upon distant mountains and hear the whispering of those cactus winds across the desert floor…………. just one more time. 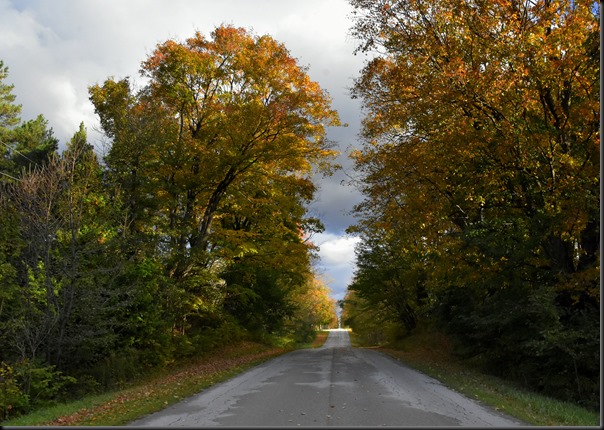 A little kid's in school, taking a true-false test and he's flipping a coin. At the end of the test he's flipping the coin again. The teacher says, "What are you doing?" He says, "Checking my answers."