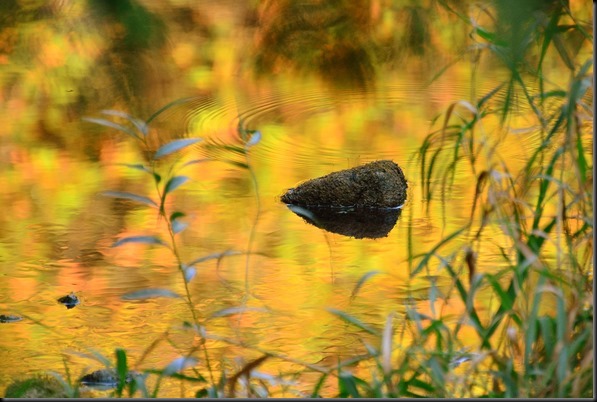 Bit of a change-up in routine this morning.  Instead of it being Pheebs and I in the Jeep heading out, and much to the disappointment of Pheebs, it was just me.  It was later than usual and I was headed east.  There was a time years ago when I would sometimes stop into a coffee shop by myself for a sit down brew but with changes to one's life constantly in flux I haven't done that for a long time now.  And I wasn't about to do that this morning either.  Only time I am ever in a Tim Horton coffee shop anymore is when I meet up with my good buddy and long time friend Jim from Stratford Ontario where I once lived from 1975 to 1995. Jim has just re-started his blog and you can find him at Lifetime Sentences. 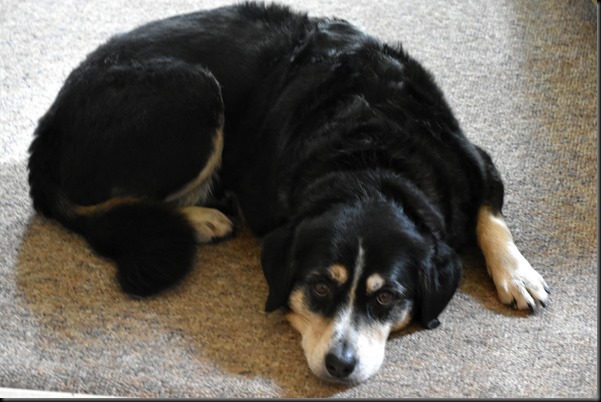 It was 39F under gloomy overcast skies when I rolled out and checking our weather site before I left I saw we have 3 solid days of rain ahead of us.  Oh Dear, I bet it's sunny and warm in Arizona. 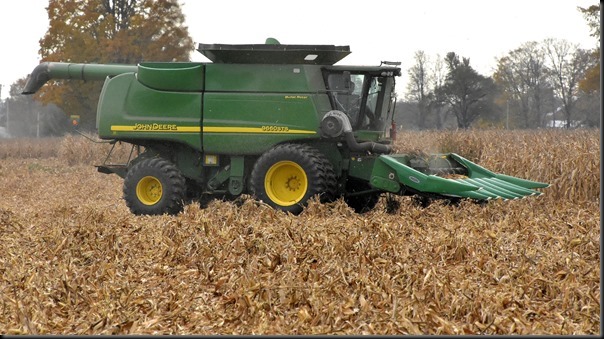 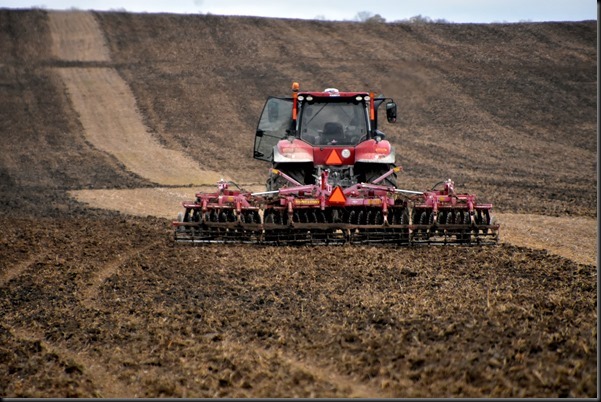 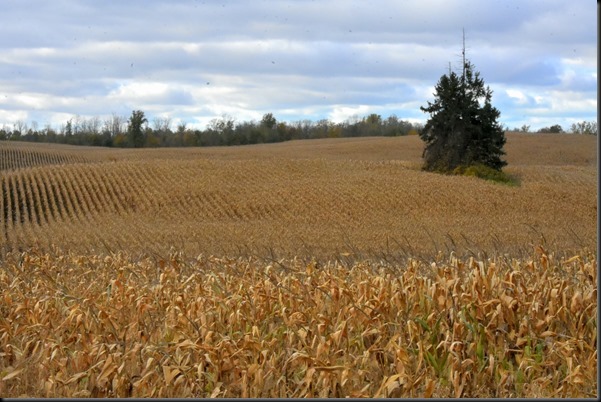 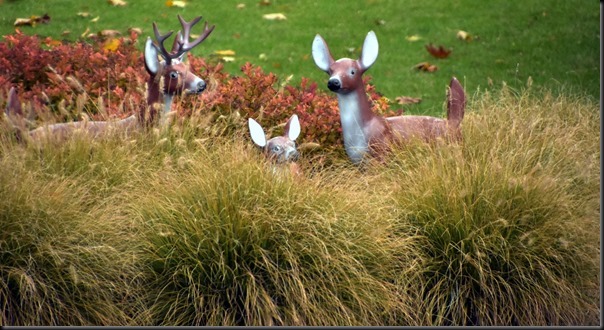 With one cup of coffee, an orange juice, a bagel and one carrot muffin between us Jim and I spent 3 hours catching up on things since our last coffee break a couple months ago.  We first met back in December of 1995 and our friendship has be ongoing ever since.  Although we didn't solve any of the world's problems again we at least had another go at them.  I was back home by 2 p.m. with a happy little dog running out the door to greet me. 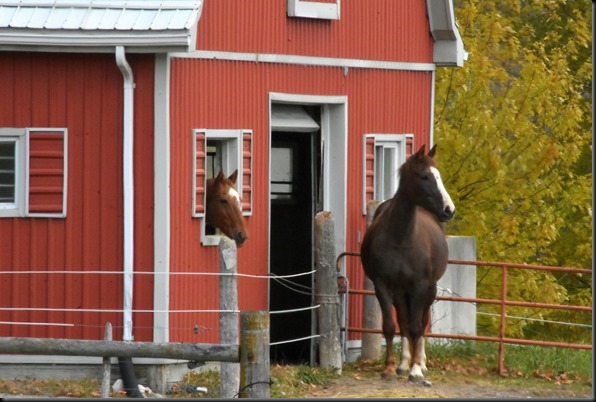 ALTHOUGH THESE HORSE PHOTOS ARE NOT FOCUSED PROPERLY I’VE DECIDED TO INCLUDE THEM ANYWAY….DID YOU NOTICE THE SECOND HORSE?  I DIDN’T WHEN I TOOK THE FIRST PHOTO 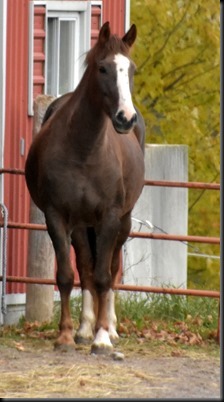 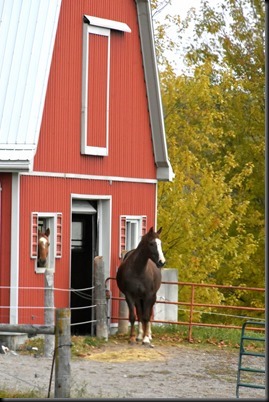 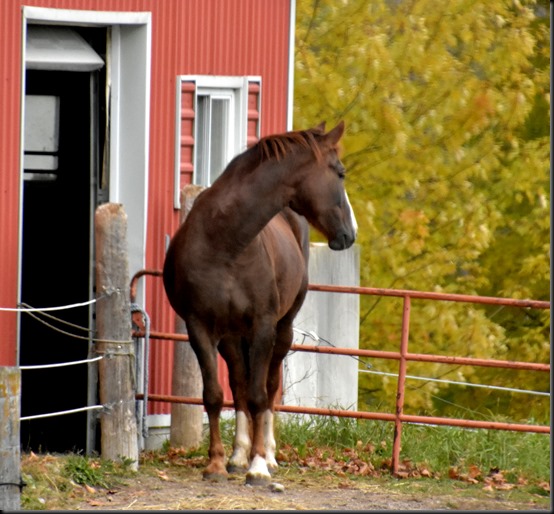 Still coming to early grips with our long distance RV travels at an end I'm maybe doing a little better than I had once feared years ago when I knew one day our Snow Bird lifestyle would be over.  We've been noticing a number of our fellow Bloggers in the same situation lately and I'll let Ara from The Oasis Of My Soul express his thoughts on how his life is also in a state of change now since coming in off the road.  His thoughts about those changes begin the third paragraph down.  For the most part my thoughts mirror Aras.  We never did get to meet Ara and his dog Spirit over the years but we knew of him through mutual friends and his blog. 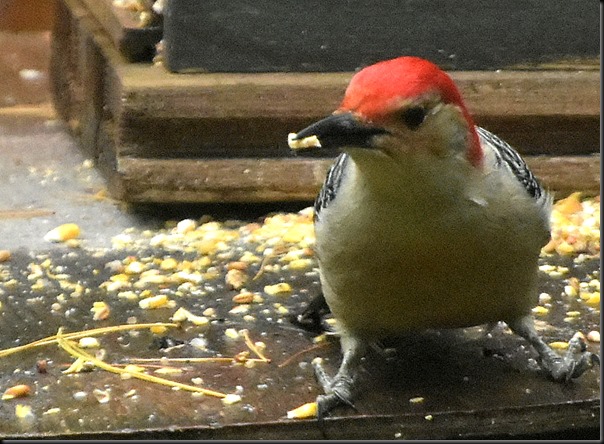 I’M A THINKING THIS IS A RED BELLIED WOODPECKER 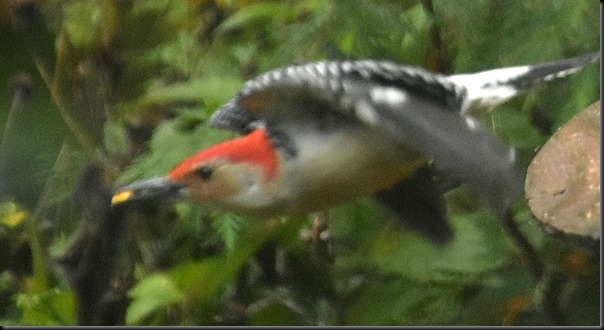 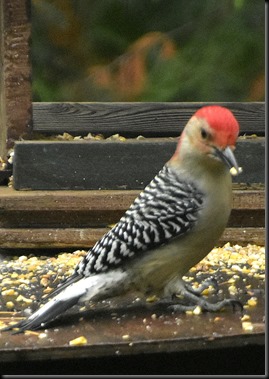 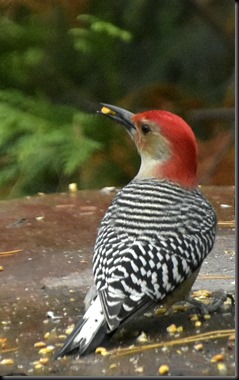 ‘DROPPED IN FOR A SNACK DID YA BLUE’

‘INDEED I DID RED’

‘I SEE YOU DROPPED IN FOR THE SAME REASON’

Received an email from Dee and Mike today regarding the sale of our Motorhome and they have decided to hold off making any RV decisions until Spring.  Like us their lives are in a period of transition as well and decisions have to be weighed carefully.  In short it means our 2003 37’ Triple E Commander Motorhome is still for sale. 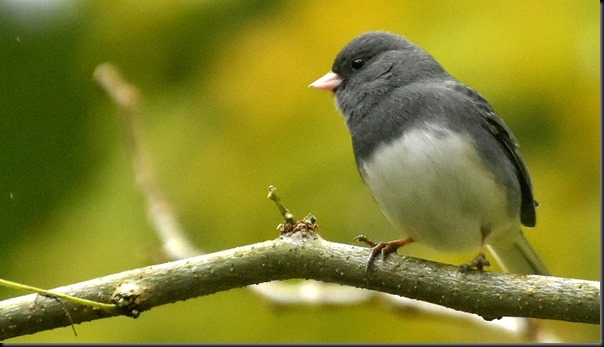 Our Google Analytics indicated we have just rolled over the 7 million ‘Pageviews’ mark.  Still hard for me to believe those kinds of numbers but I guess that’s what it must be. 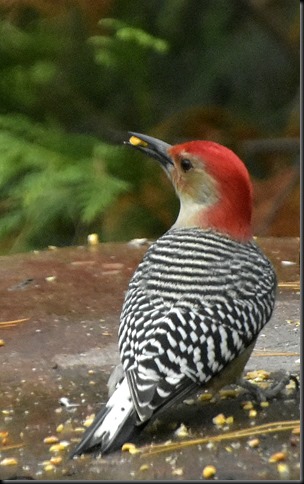 Four year old Linda was with her mother while her older sister was being examined by a dentist. Linda kept herself busy playing with toys in the waiting room until she noticed that her mom was resting, her eyes closed. With about six other patients waiting, Linda marched up to her mother, looked her straight in the face and shook her shoulder.  "Mommy," she yelled, "wake up! This is not church!"

Silence is golden.  Unless you have children.  If that is the case, silence is suspicious.

It was the first day of school and the teacher was asking the little boy about his family. "And what does your Daddy do?""He's a magician.""That must be exciting, what tricks can he do?""He can saw people in half."  "That is clever, and tell me do you have any brothers or sisters?" "Yes, one half brother, and two half sisters."