BASICALLY AN INSIDE DAY 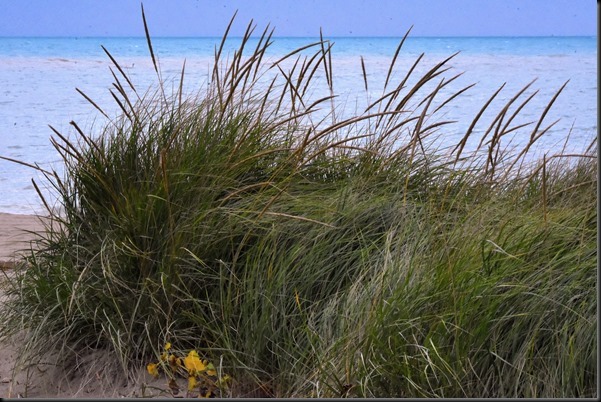 Gray skies but not as cold as previous mornings.  It was 8 a.m. when I dropped the Motorhome off at the Bayfield Garage.  Kelly and Pheebs picked me up and I in turn dropped them off back home.  Headed off to Goderich’s Maitland Valley Medical Clinic and not knowing how long I’d be there I didn’t take the Pheebs.  Turns out I wasn’t long there at all.  Picked up myself a coffee, slid down around the harbor, snapped a few pics, and under rainy skies headed back home. 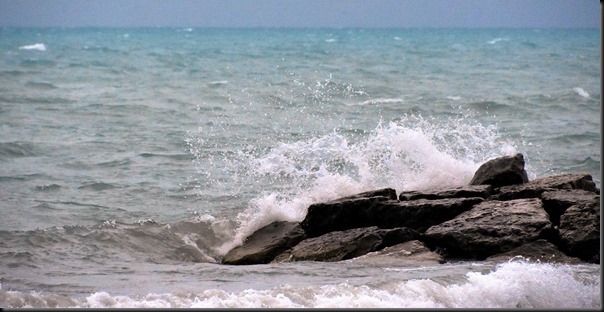 It was late morning when we picked up the Motorhome.  (in the pouring rain of course) Had been concerned about a ‘shimmy’ around 40 mph.  The rig needs two new front tires.  Had noticed a sound in the steering so that little problem was tracked down and repaired as well.  Passenger side windshield which was newly installed two summer’s ago has to be replaced because of a 14 inch crack from a stone chip received the first day of our Maritime trip last month.  Some folks are coming to look at the rig this Friday.

Not very nice out today so we both stayed in.  Spent most of my time in our sunroom reading.  And that’s about it for another day………… 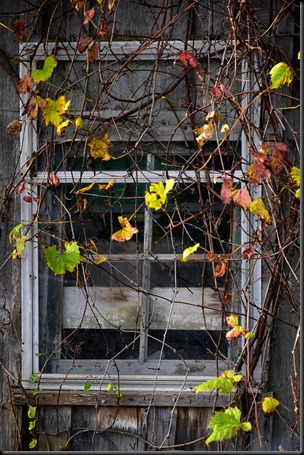 Murphy's First Law: Nothing is as easy as it looks.

Murphy's Second Law: Everything takes longer than you think.

Murphy's Third Law: In any field of scientific endeavor, anything that can go wrong will go wrong.

Murphy's Fourth Law: If there is a possibility of several things going wrong, the one that will cause the most damage will be the one to go wrong.

Murphy's Fifth Law: If anything just cannot go wrong, it will anyway.

Murphy's Sixth Law: If you perceive that there are four possible ways in which a procedure can go wrong and circumvent these, then a fifth way, unprepared for, will promptly develop.

Murphy's Seventh Law: Left to themselves, things tend to go from bad to worse.

Murphy's Eighth Law: If everything seems to be going well, you have obviously overlooked something.

Murphy's Tenth Law: It is impossible to make anything foolproof, because fools are so ingenious.

O'Toole's Commentary on Murphy's Laws: Murphy was an optimist.

There was a young Scottish boy called Angus who decided to try life in Australia. He found an apartment in a small block and settled in. After a week or two, his mother called from Aberdeen to see how her son was doing in his new life. 'I'm fine, ' Angus said. 'But there are some really strange people living in these apartments. One woman cried all day long, another lies on her floor moaning, and there is a guy next door to me who bangs his head on the wall all the time.' 'Well, ma laddie,' says his mother, 'I suggest you don't associate with people like that.' 'Oh,' says Angus, 'I don't, Mam, I don't. No, I just stay inside my apartment all day and night, playing my bagpipes.'