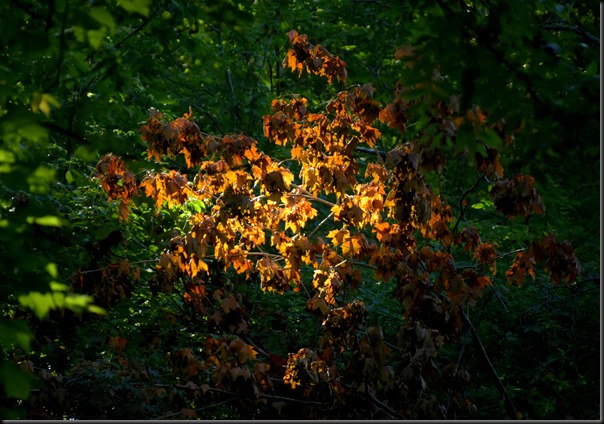 I sensed a slight change soon as I stepped out the door this morning.  Air was cooler and I noticed a heavy due on everything.  I heard Crickets and felt energized.  Aha, the first ever so slight stirrings of Autumn I thought and that of course filled me with encouragement. It was the Hullett Marsh where Pheebs and I ventured off to this morning.  A grand morning for being out in bug free air and best of all the cooler air hung around a little longer than previous days. 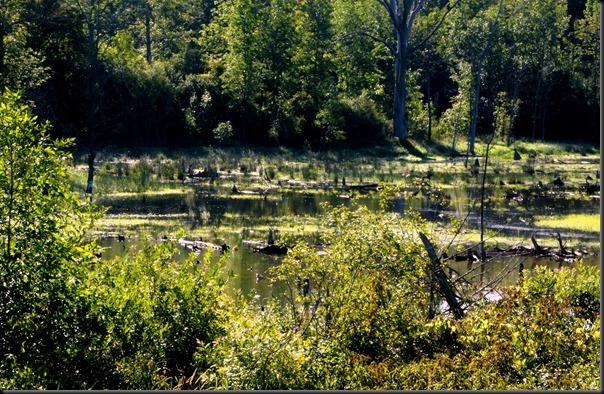 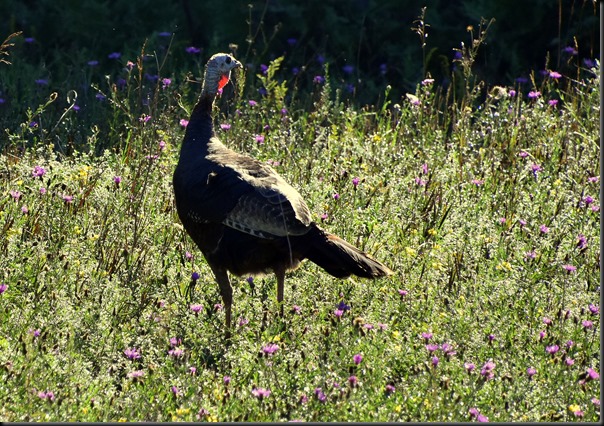 I FIRST SPOTTED THIS WILD TURKEY

THEN SPOTTED THE REST OF THE FAMILY 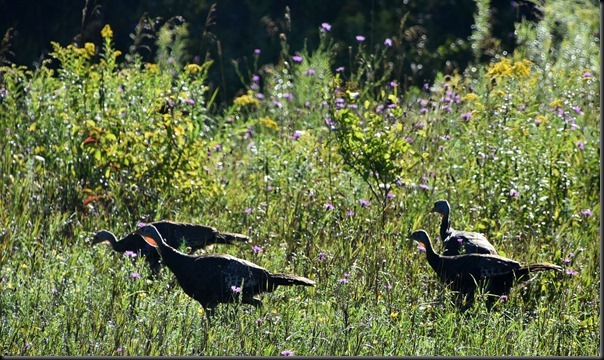 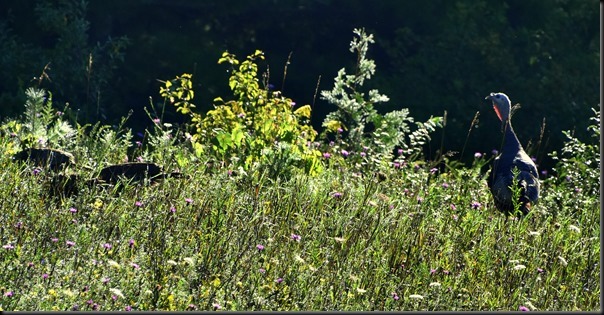 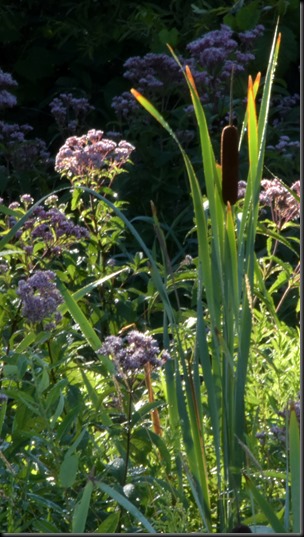 The following sequence of Great Blue Heron (or are they Sand Hill Cranes) photos were taken in the Marsh.  Shooting at a full 300mm I saw a few Blue Herons (or Cranes) lift off and tried to catch them in the air.  It wasn’t until I was home later and edited the photos that I saw all the birds on the ground.  As hard as it might be to believe I did not see them when I took the photos.  These birds were about a quarter mile away and unfortunately were taken through the Jeep’s windshield so the photos are blurry making the proper ID difficult.  Herons or Cranes?? 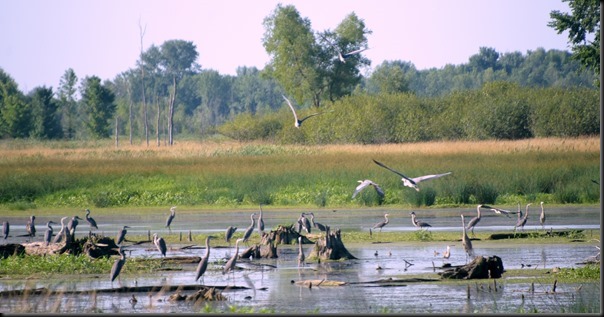 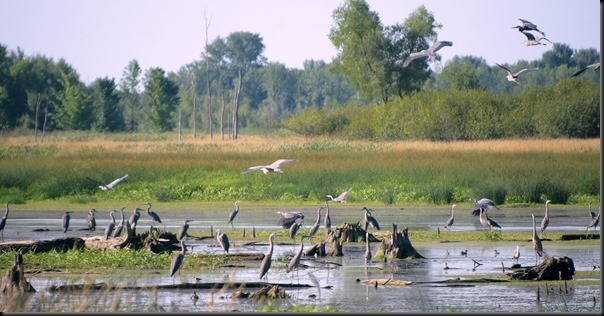 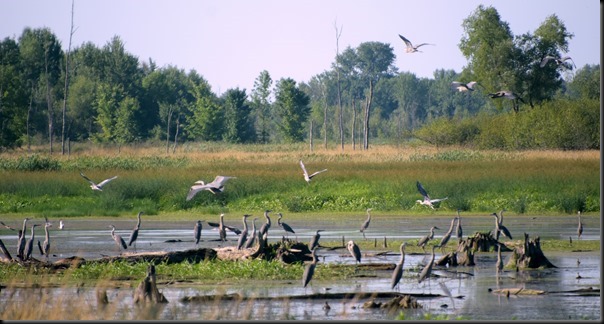 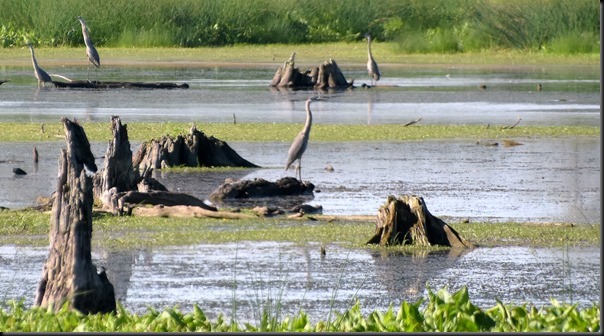 I SAW ONLY TWO HERONS LEFT ON THE GROUND 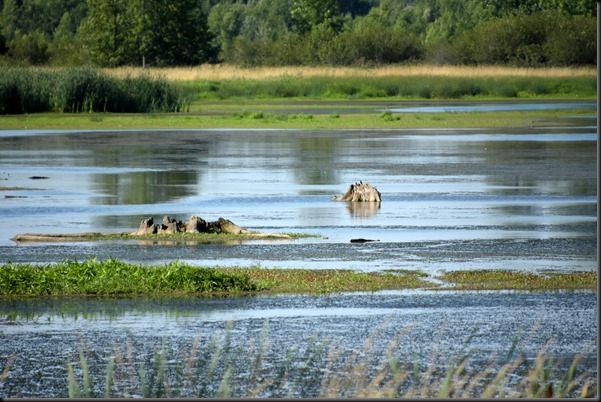 AND THEN THE HERONS WERE ALL GONE 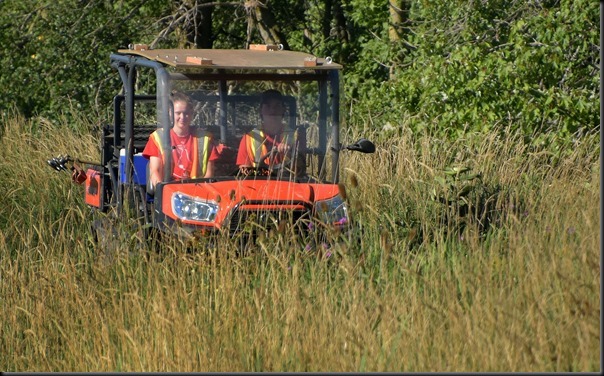 From the Marsh we slowly ambled our way back home the long way on well packed country roads through picturesque rural farm lands.  Once home I was able to get a bit of yardwork caught up.  But once again I tired too quickly and didn’t finish it. 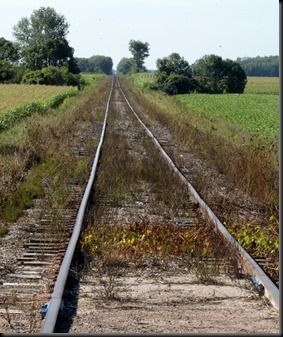 THESE WAGONS ARE SEED HOPPERS METHINKS

Pheebs and I managed a short walk on the Pine Tree trail this afternoon then it was all three of us into the Jeep and off to Zurich Ontario.  Pheebs had to be at the Vets for a second treatment for her itchy ears.  Fifteen minutes later we were back in the Jeep heading home.  Quick stop in Bayfield at the Country Market and Library and that was about it for us guys for another day. 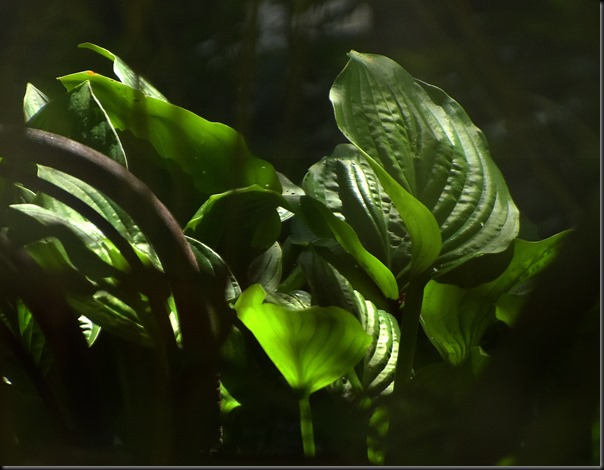 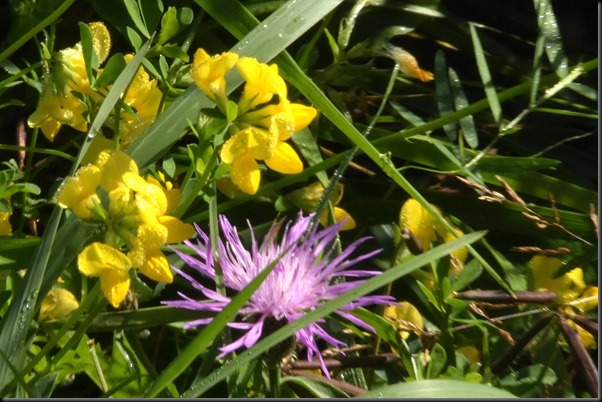 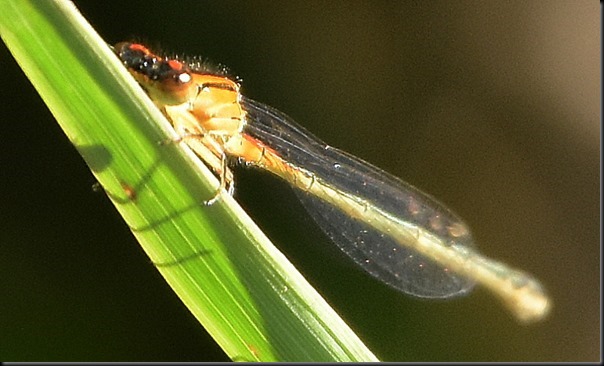 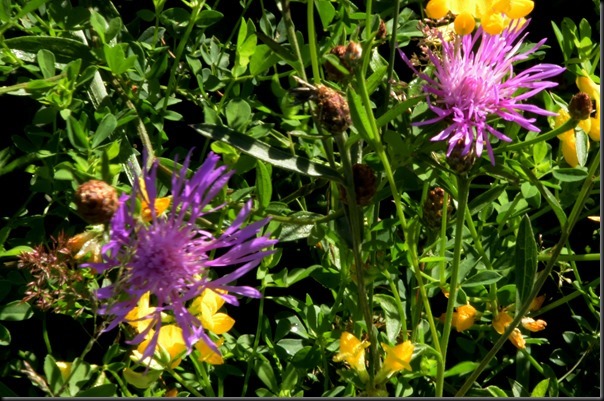 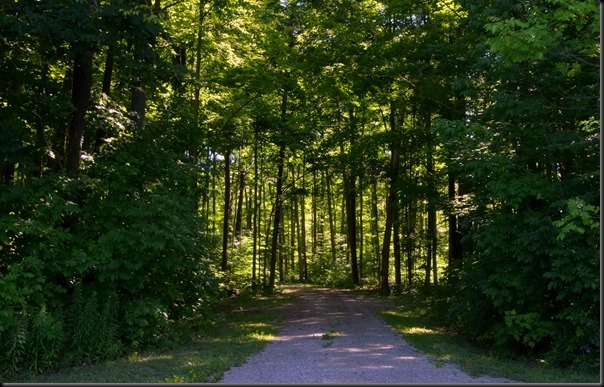 SAW ANOTHER HERD OF WILD TURKEYS ON THE WAY HOME

For so long we’ve had it so nice here in the Five Seasons Estates.  In the nearly 16 years we’ve been here there have only been two new units brought in which replaced one old unit and one that had burnt.  Last year we had a new mobile come in that replaced another old one which had been removed years ago.  But this year it’s like the flood gates have opened with people wanting to get into this Park.  We can understand why because it is hands down the nicest Park we have ever seen.  Around the corner from us is (was) a short quiet road we would sometimes walk.  Max and I often strolled down that way at night years ago to look at the stars.  Right now two new units are under construction there with talk of a third one.  Also talk of other units coming in a few streets southwest of us.  I guess change is inevitable but it’s not exactly the kind of change we had expected.  I suppose it’s my age showing again but we kind of liked our ‘quiet’ little Park the way it was although we also knew that one day this little hidden treasure where we live would sooner or later be discovered by the outside world.  I’m afraid that ‘sooner or later’ day has finally arrived…………………. 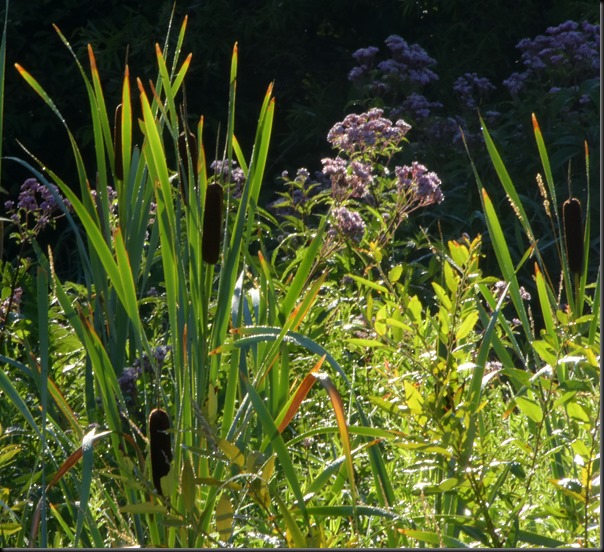 GROANER’S CORNER:(( Mr. Jones, the elementary school principal, made it a practice to visit the classes from time to time. One day he walked into Miss Sandy Smith's 4th grade class, where the children were studying American History. Mr. Jones asked the class how many states they could name. They came up with about 40 names. Miss Sandy Smith came up with four more.  Not impressed, Mr. Jones told them that in his day students knew the names of all the states.  From the back of the room Little Johnny yelled, "Yeah, but way back in those days there were only 13!"

It was the first day of school and the teacher was asking the little boy about his family."And what does your Daddy do?""He's a magician.""That must be exciting, what tricks can he do?""He can saw people in half.""That is clever, and tell me do you have any brothers or sisters?""Yes, one half brother, and two half sisters."