SOMETIMES THINGS JUST HAPPILY HAVE A WAY OF WORKING OUT THAT WAY:)) 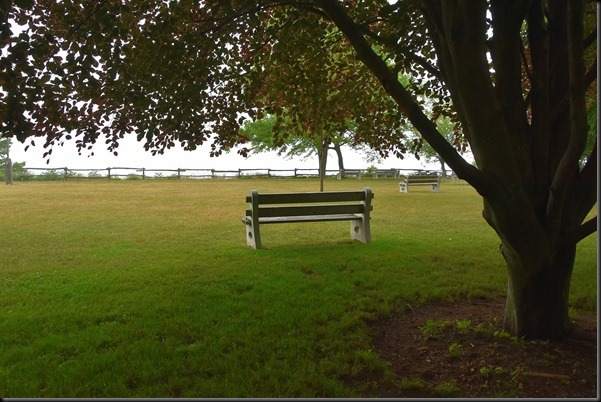 Thunder woke me in the night followed by a gentle rain.  Later looking at our radar map I saw that we had dodged the heavy rainfall which went through the Kitchener and Toronto areas way off to the east of us.  The storm front did leave us with cloudy skies for the rest of the day. 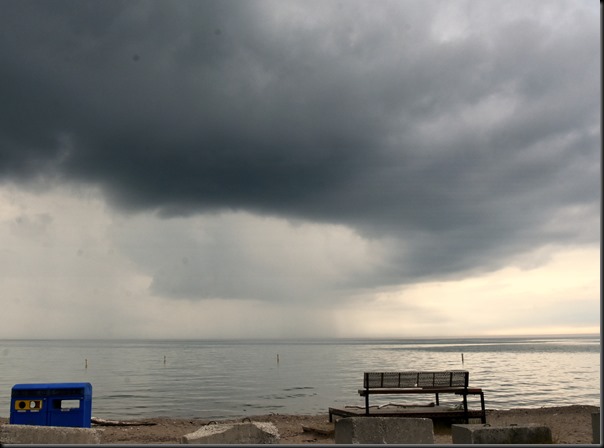 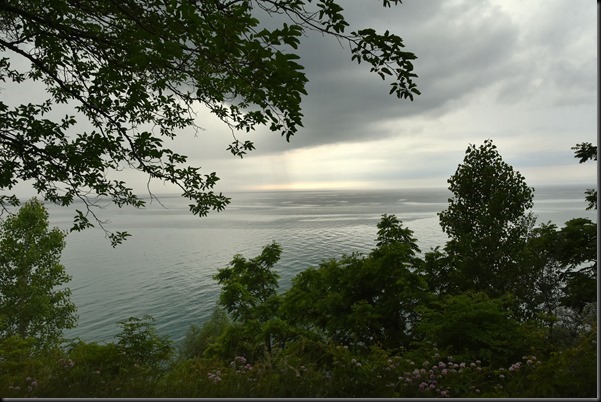 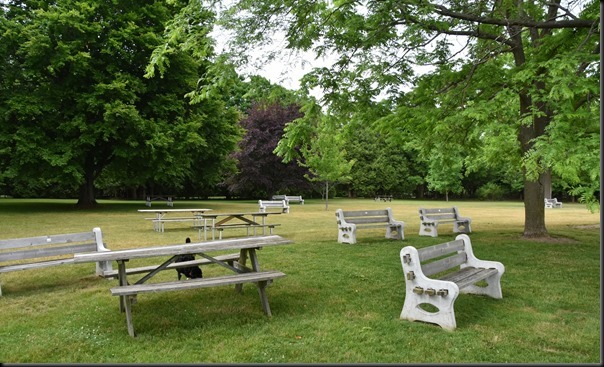 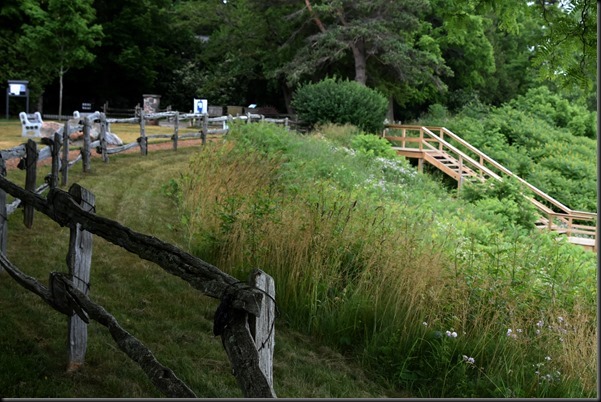 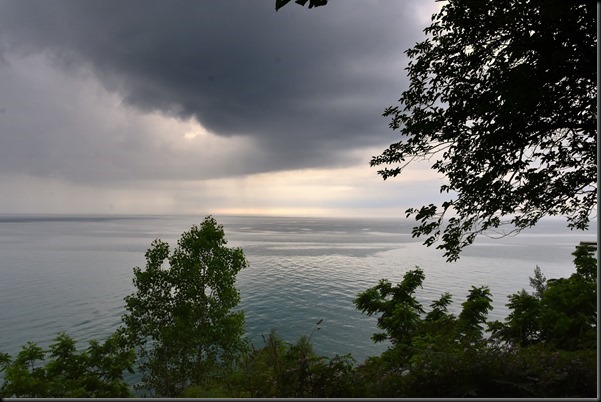 Although uninspired by the weather Pheebs and I did head off for a short drive southeast of Bayfield this morning.  Didn’t even bother to stop for a coffee to go in Bayfield.  We were home again within the hour and I retreated to my reading corner of the sunroom and settled in for a long boring overcast day.  Didn’t get to take any photos until shortly after supper later in the day 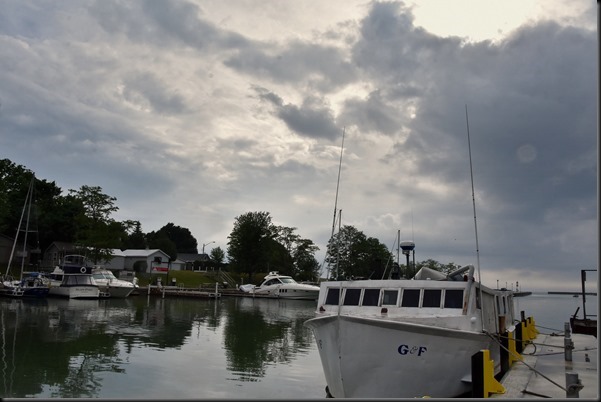 BAYFIELD RIVERS NORTH SIDE OF THE HARBOR AFTER THE RAIN 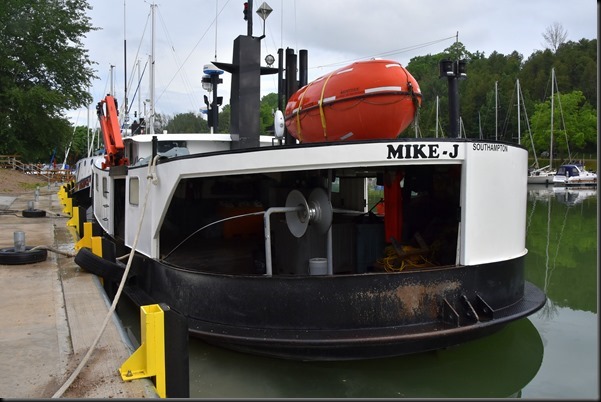 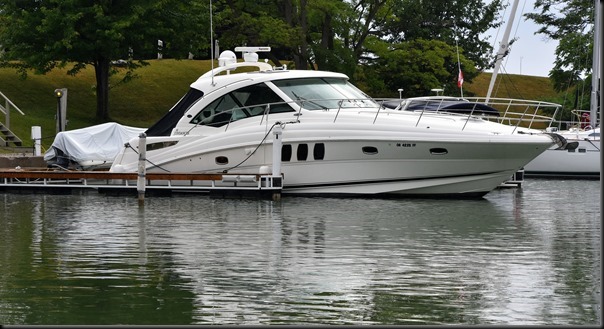 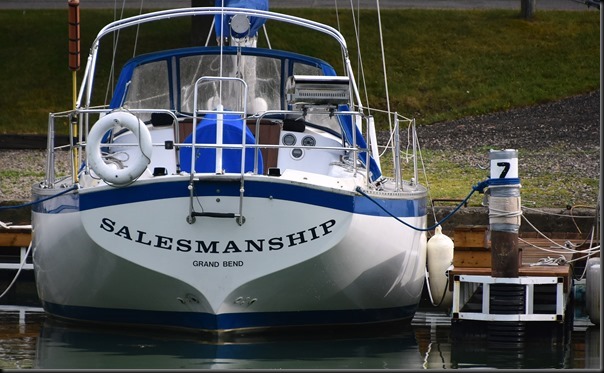 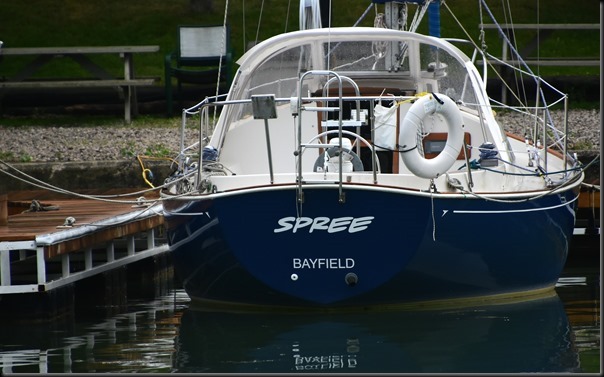 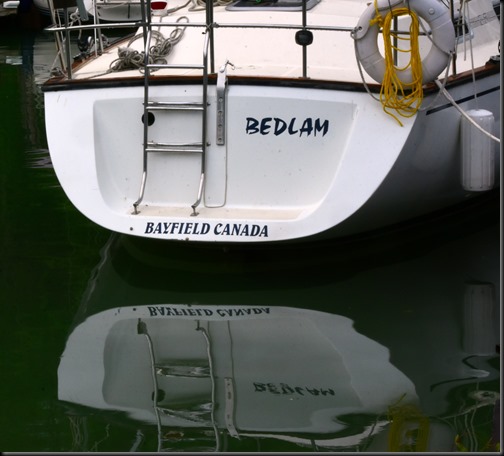 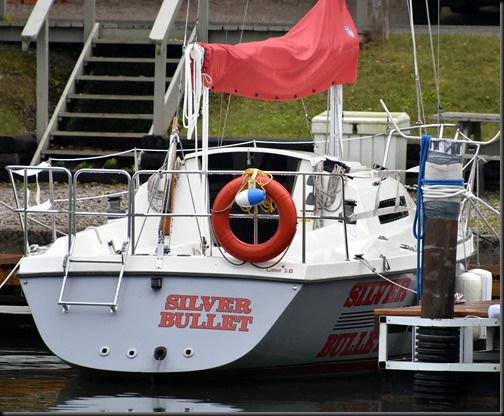 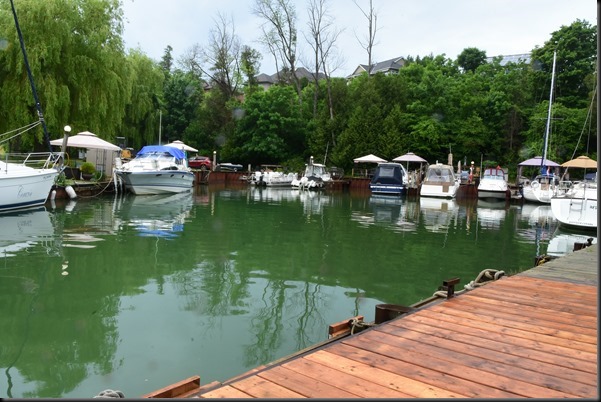 It was just after supper when I realized I was out of bananas.  ‘Oh-Oh’ a banana in my morning shake is a must so I loaded up the Pheebs and we drove into Bayfield’s Foodland store.  Noticed dark clouds out over the lake so we stopped and snapped off a few photos before unexpectantly being caught in a downpour.  Quickly covered my camera with a doggy doodoo bag which I always have in a back pocket and bolted for the Jeep.  Yes we did get a little soggy.  Ten minutes later I could see patches of blue sky to the east.  On our way back home we popped down to the north side of the harbor and managed a few more photos.  Happy to say I ended the day on a high note after a shaky morning start but I have a feeling I am in for some clear sailing again for awhile.  Sometimes things just happily have a habit of working out that way.  Thanks R:)) 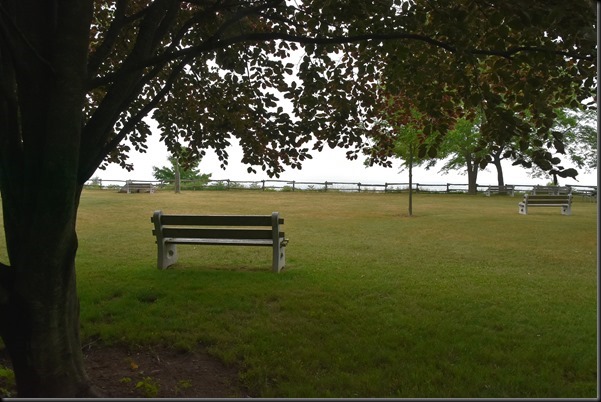 GROANER’S CORNER:((  Three handsome male dogs are walking down the street when they see a beautiful, enticing, female poodle. The three male dogs fall all over themselves in an effort to be the one to reach her first, but end up arriving in front of her at the same time. They're speechless before her beauty, slobbering on themselves and hoping for just a glance from her in return.  Aware of her charms and her obvious effect on the three suitors, she decides to be kind and tells them, "The first one who can use the words "liver" and "cheese" together in an imaginative, intelligent sentence can go out with me." The sturdy, muscular black Lab speaks up quickly and says "I love liver and cheese." "Oh, how childish," said the Poodle. "That shows no imagination or intelligence whatsoever." She turned to the tall, shiny Golden Retriever and said "How well can you do?" "Um. I HATE liver and cheese," blurts the Golden Retriever. "My, my," said the Poodle. "I guess it's hopeless. That's just as dumb as the Lab's sentence." She then turns to the last of the three dogs and says, "How about you, little guy?"  The last of the three, tiny in stature but big in finesse, is the Chihuahua. He gives her a smile, a sly wink, turns to the Golden Retriever and the Lab and says: "Liver alone. Cheese mine."

“Though I may be broke, I still feel compelled to pay people compliments.”

Little Mary was at her first wedding and gaped at the entire ceremony. When it was over, she asked her mother, “Why did the lady change her mind?”Her mother asked, “What do you mean?”"Well, she went down the aisle with one man and came back with another one.”