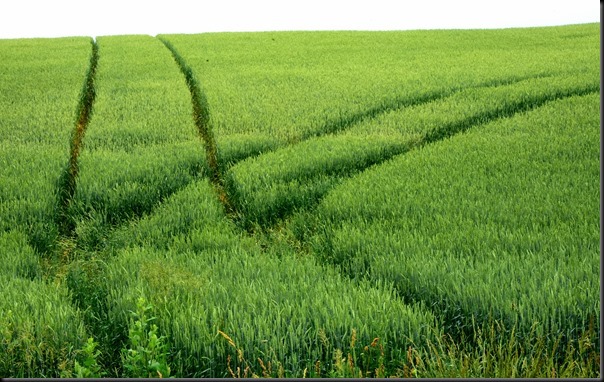 With the patio door open beside my recliner it was the pitter patter of a steady rain that I awoke to this morning.  The thought of sitting around the house all morning looking out the window didn't appeal to me so regardless of the rain I loaded up the Doogins and we took ourselves for a little spin up the road to Goderich for a look around to see if we could find any photos for tonight’s post.  I was a little surprised by a thin fog. 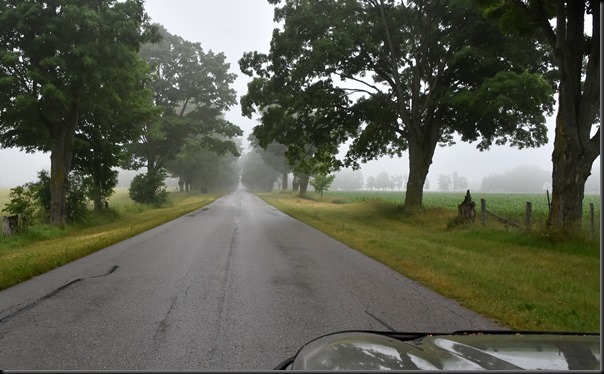 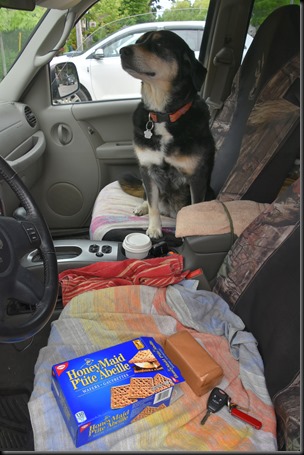 SSHHHHHH, DON’T TELL ANYONE I HAVE A STASH OF GRAHAM CRACKERS  UNDER MY DRIVER’S SEAT….. I DON’T WANT ROBBERS BREAKING  IN AND STEALING THEM >>>>>
Stopped at McDonalds for a coffee to go, took a spin down around the harbor and beach areas with a stop at Walmart and the TSC store.  We also cruised a few car lots to see what was out there in used small fuel efficient vehicles.  Needless to say, the windshield sticker prices were staggering!! 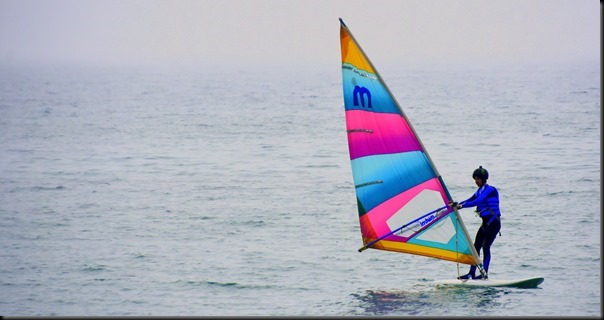 SPOTTED THIS LONE SAILBOARDER TEACHING HIMSELF THE ROPES OF SAILBOARDING 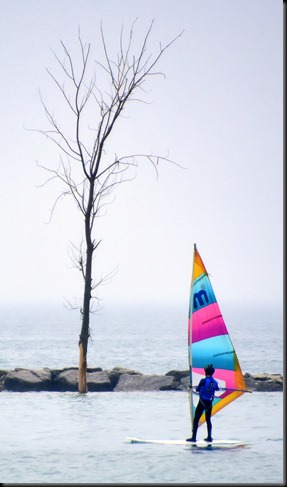 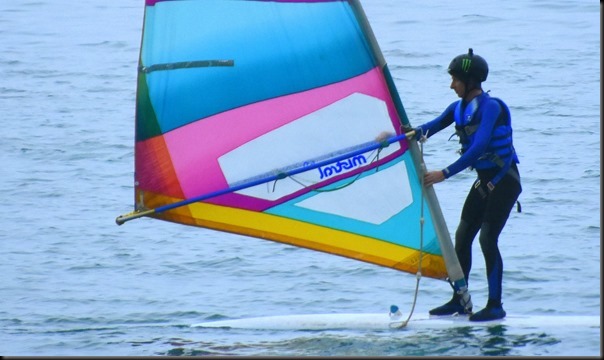 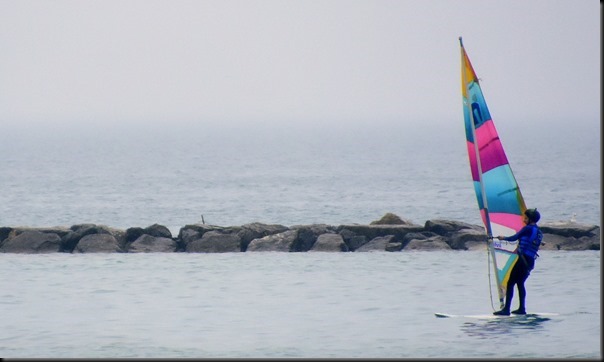 A GHOST SHIP SILENTLY SLIPS BY IN THE MORNING MIST…..MAYBE IT’S THE SLOOP JOHN B 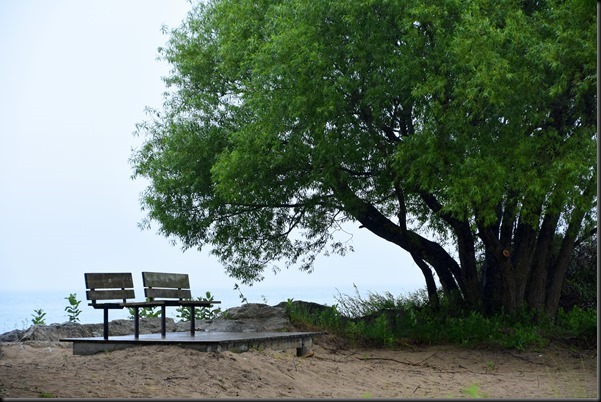 HOW’S ABOUT A COUPLE RAIN SOAKED BENCHES FOR TWO PLEASE

DON’T THINK THERE WILL BE ANY PICNIKING HERE AT THE BEACH TODAY
Being a reasonably organized and somewhat kind of a responsible neat person I really didn't have any big messes to clean up before Kelly got home.  No dishes piled up in the sink or laundry piled up on the floor, etc. (I do my own laundry anyway)  I have found over the years living in or around a messy environment can lead to depression and for me I have to do as much as I can to help myself avoid situations like that.  It doesn't take long for a growing mess to totally overwhelm someone and cause other unneeded and unwanted problems. 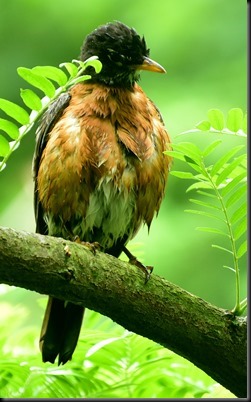 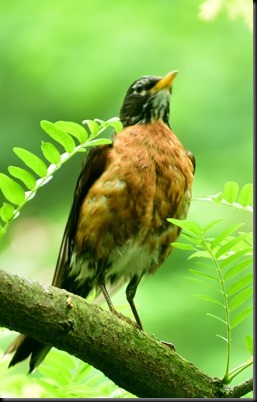 EVEN THIS ROBIN WAS SOAKED IN TODAY’S RAIN
I especially found Nick Russell's recent post interesting and timely.  Nick talks about ‘Hanging Up The Keys’ and touches on 3 reasons why people finally make that decision, a decision all RV'ers face sooner or later.  For Kelly and I trying to decide what to do it is a combination of all 3 for us.  For me, the boy and young man inside are both still excited about RVing but the older fella in me is not so sure of himself anymore.  It's a big decision for Kelly and i and I waffle back and forth with it daily now and it's not a decision that can be put off indefinitely.  Decisions have to be made soon and changes have to be dealt with.  What to do, what to do.…..…:((

‘HEY BILL I NEED SOME BACK UP DOWN HERE’

‘ALRIGHT DOVEY DOVE GET ON OUT OF HERE OR WE’LL GIVE YA A SHOVE!!’
Kelly rolled in about 2:30 this afternoon and Pheebs went bonkers.  How nice to have team Bayfield back together again.   As much as I enjoy my alone times it sure was nice to see her home.  Soon as I saw that white Pontiac Sunfire backing into the driveway I felt strengthened again.  Kelly was gone 2 weeks so we had lots of current events to catch up on. 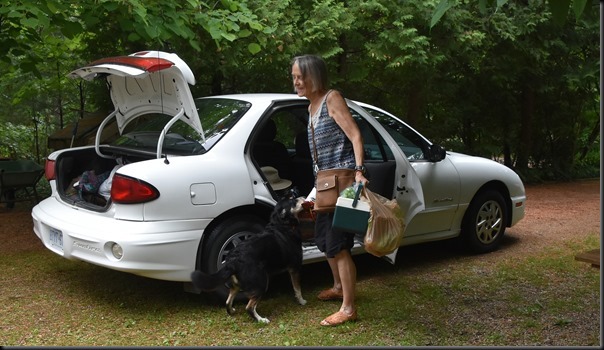 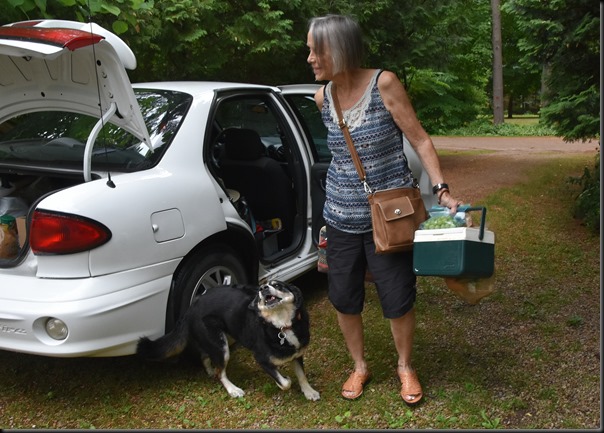 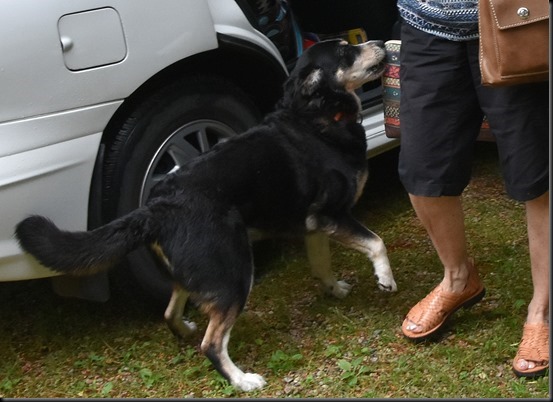 PHEEBS KNOWS KELLY ALWAYS BRINGS HER A TREAT SO SHE HAS HER NOSE RIGHT ON THE BAG KELLY IS CARRYING TO SEE WHERE HER TREAT IS
Today’s rain turned out to be a good one due to the length of time it hung around.  Browning lawns should again be turning green. As I post this tonight we are under sunny skies once more.  First thing Monday morning the big wheels will be rolling again as I take our Motorhome to Clinton for it’s two new tailpipes. 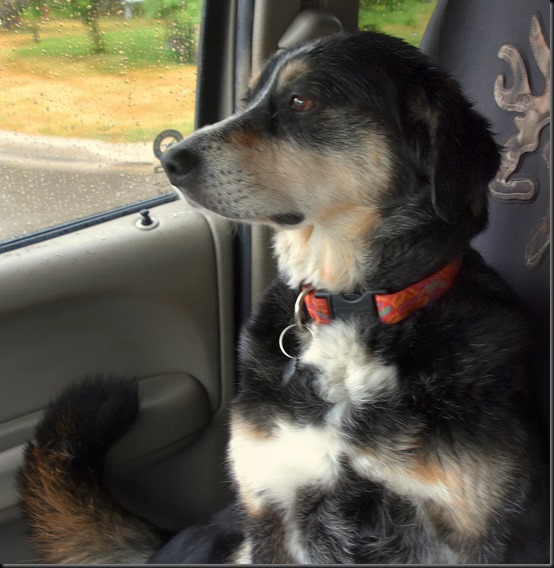 IT’S LOOKING KINDA RAINY OUT THERE SO NO WALKS FOR US GUYS TODAY DAD’
GROANER’S CORNER:((  One of my friends works in the customer service call center of a national pager company. He deals with the usual complaints regarding poor pager operation, as well as the occasional crank caller demanding to be paged less often, more often, or by more interesting people.   The best call came from a man who repeatedly complained that he keeps being paged by "Lucille." He was instructed that he would have to call her and tell her to stop paging him.   "She don't never leave no number, so I can't call her back," he said.   After three such calls, someone thought to ask how he knew it was Lucille if she didn't leave a number.  "She leaves her name," was the reply.  After establishing that the customer had a numeric only pager, the light bulb came on.  "How does she spell her name?" the service rep asked. "L-O-W C-E-L-L".  Another problem solved.
------------------------------------
Several women appeared in court, each accusing the others of causing the trouble that they were having in the apartment building where they all lived.The judge, with Solomon-like wisdom, decreed, 'Okay, I'm ready to hear the evidence...I'll hear the oldest first.'The case was dismissed for lack of testimony.
-------------------------------------
Two girls were having coffee when one noticed that the other girl seemed troubled and asked her, "Is something bugging you? You look anxious."  "Well, my boyfriend just lost all his money and life savings in the stock market," she explained.  "Oh, that's too bad," the other girl sympathized. "I'm sure you're feeling sorry for him."  "Yeah, I am," she said. "He'll really miss me."
========================