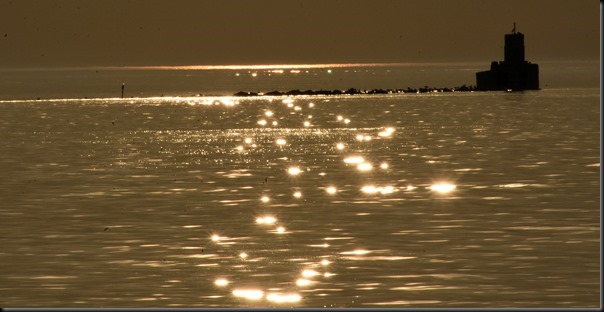 Thought we’d take a short toot to beat the heat this morning but it was already muggy at 8 a.m. so we didn’t go too far and the one spot we stopped Deer Flies were again right upon us.  Pheebs and I were home before 9.  By 9:45 I was back in the Jeep by myself heading for Seaforth Ontario. 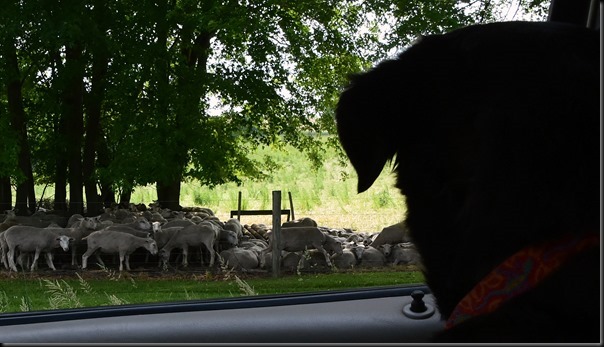 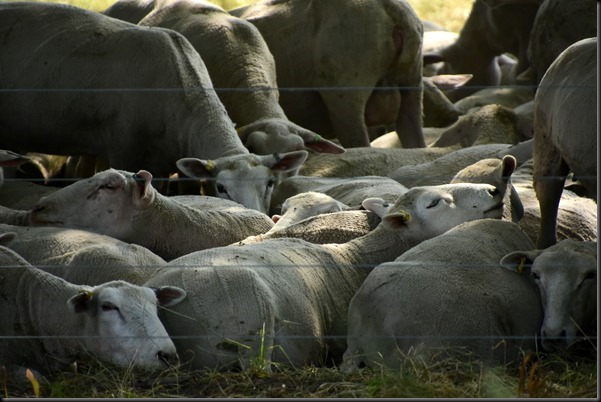 LOOKS LIKE A LAZY SUNDAY MORNING GOING ON HERE

STANDING ROOM ON THE LEFT WITH SEATING TO THE RIGHT 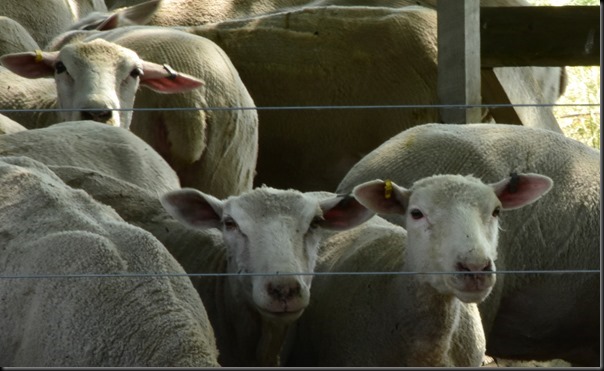 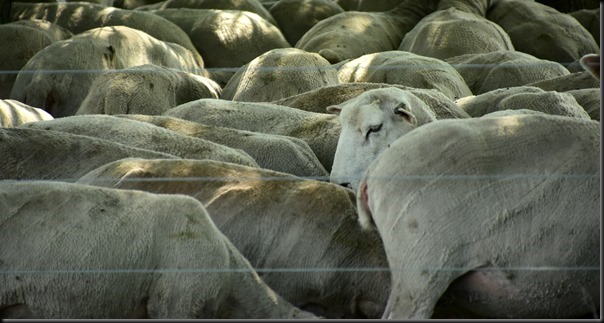 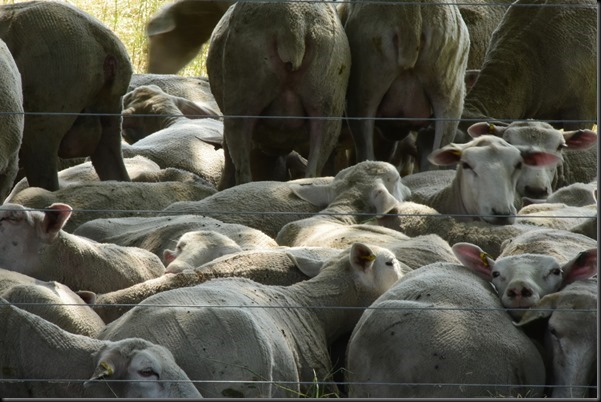 ‘HEY MISTER CAN YOU GET ME OUT OF HERE’

LOOKS LIKE THIS OLD BARN HAS A NEW LEASE ON LIFE

My good friend Jim from Lifetime Sentences and I had a coffee blow-out scheduled at Tim Hortons for 10:30.  Nice looking morning but I had to have the Jeep’s A/C on all the way there and back again in the early afternoon and I left the A/C on in the house for Pheebs.  Jim and I have managed to get our coffees down to three hours from our usual five and six hours which I think is easier on both of us.  As it is for two old guys sitting for three hours at a time on hard plastic seats we both nearly require some serious assistance to haul ourselves out of the booth and remain upright long enough not to teeter over. I bought my first cowboy hat in January of 2006 at a little Apache trading post place near the Carlsbad Caverns in New Mexico.   Since then I have bought 6 more hats over the next dozen years we have been winter Snow Birding to the great American Southwest.  Second hat was bought in Elfrida Arizona with the third one in Tombstone Arizona.  Number four in the Mojave dessert’s Kelso Junction in California and number five in Gainesville Florida.  My last hat was bought a few months ago in Goderich Ontario.  Of all those hats it is my Kelso Mojave Desert hat that remains my favorite and at the moment it is the only hat I do not have.  Being a light beige color and because I wear it a lot it had become quite dirty over the last three years.  I tried hand washing it but to no avail and the wash machine was not an option.  But then a few months ago I got lucky after I wrote about trying to clean my hat when a reader in a comment suggested putting it in a dish washer.  Well hey that made sense so a week ago my Mojave hat left Bayfield Ontario for Spencerport New York without me under it.  Kelly took it with her of course and last Monday she popped my favorite hat into her Mother’s dishwasher, cranked up the dials then sent me a picture of the results.  Wow, looks like a new hat.  Can’t wait to get my head under it again:)) 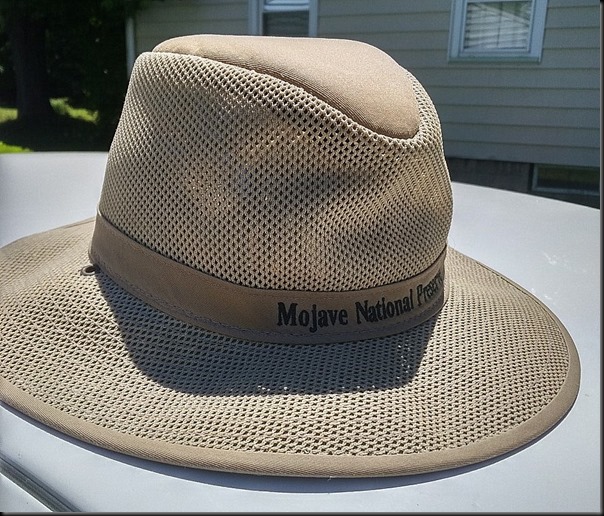 THIS IS MY FAVORITE AND MOST WORN HAT AND THE ONE KELLY WASHED IN THE DISHWASHER LAST WEEK…..SHE TOOK THIS PHOTO OF IT DRYING ATOP HER CAR 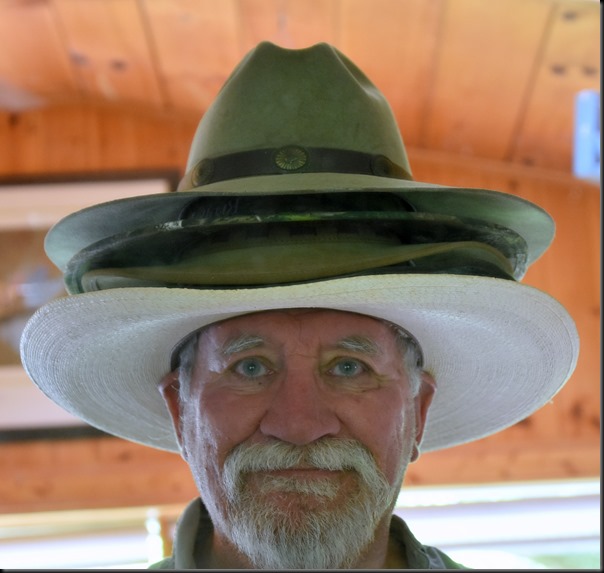 In case anyone has been wondering how I have been making out this past week in the food department since Kelly has been away I want to say not to worry.  I bought two more jars of peanut butter this morning.  However i do have a couple pics of my Saturday morning breakfast after I ran out of peanut butter.  By the way I never eat peanut butter all by itself, I always eat it with honey.  I basically quit eating bread about 20 years ago and flat tortillo flat bread about a month and a half ago.  I now eat my peanut butter and honey on crackers and no more than three at a time.  Don’t ask me how much peanut butter and honey I can build up on one cracker but lets just say sometimes I have to use two hands to lift it:)) 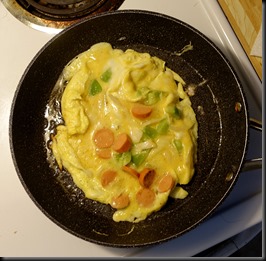 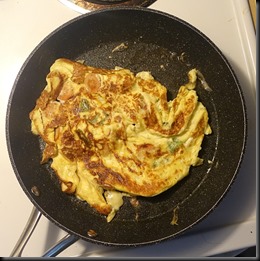 MY SATURDAY MORNING 3 EGG OMELLETTE SHOWING SIDES A AND SIDE B….SO WHO SAYS i DON’T KNOW HOW TO COOK EH…..GREEN PEPPERS, ONIONS, CHEESE, AND WEINER SLICES….OH AND A DASH OF PEANUT BUTTER OF COURSE:))

I still have a number of Saturday night beach sunset photos to fit in so I’ll add a few each night over the next few posts. 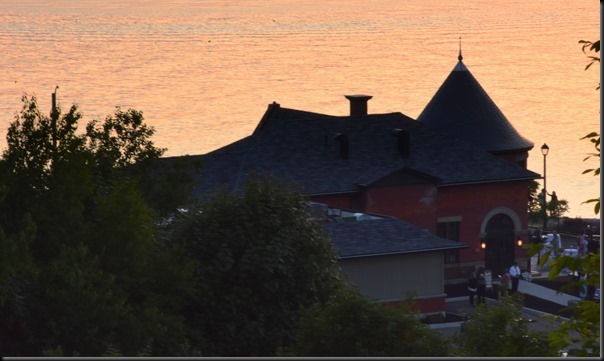 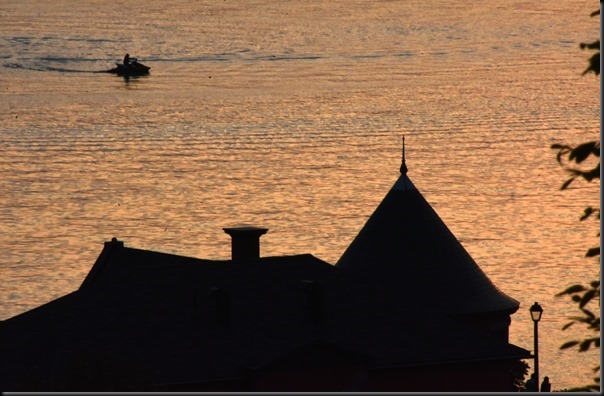 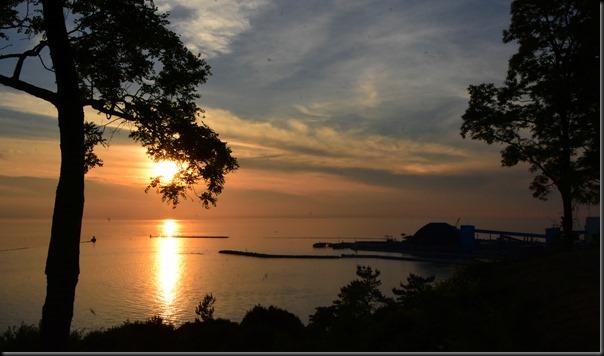 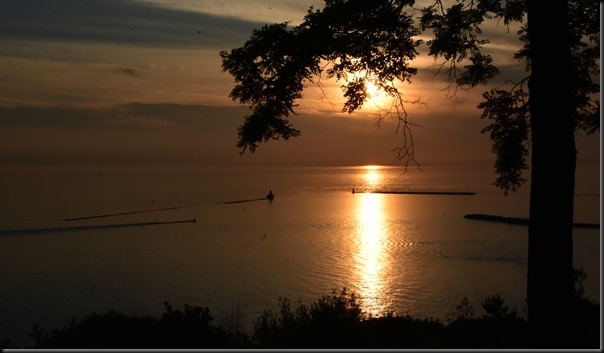 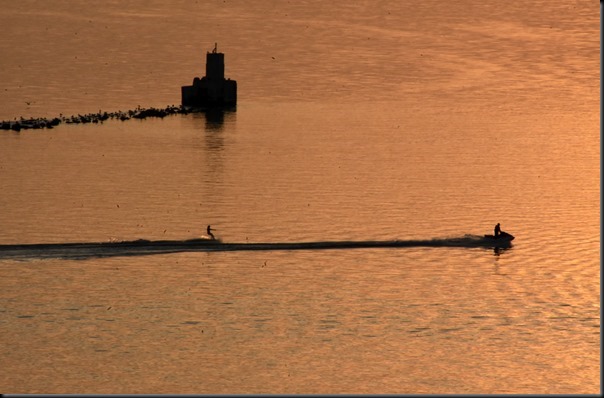 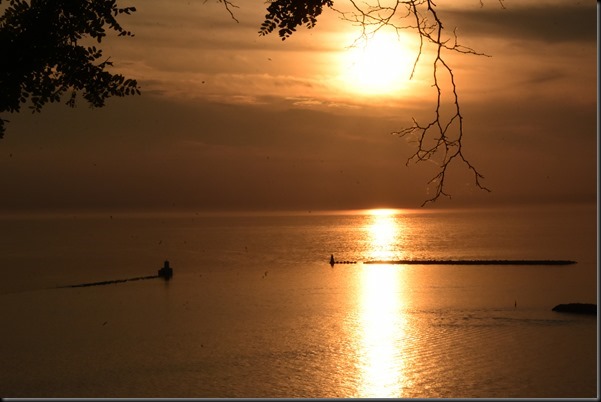 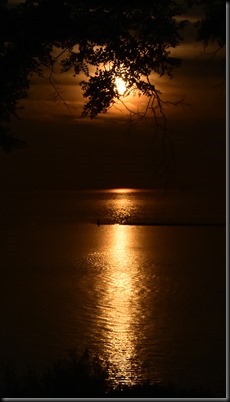 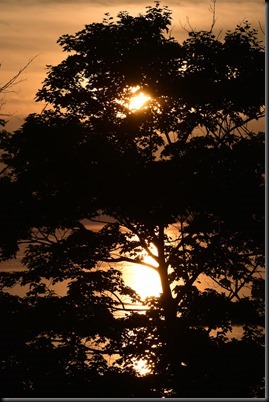 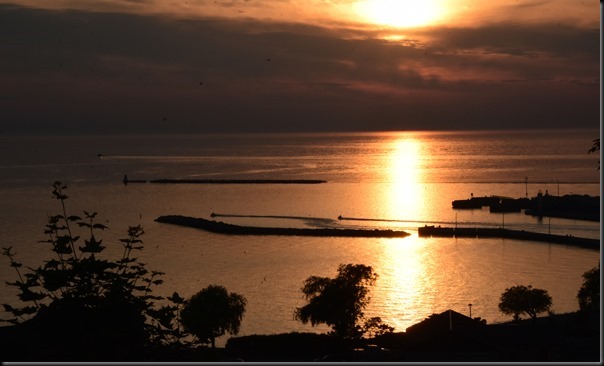 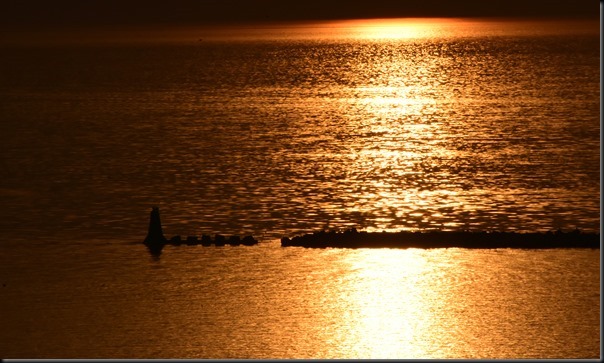 - What did the mayo say when someone opened the refrigerator door?  "Close the door, I'm dressing!"

- What did the digital clock say to the analogue clock?  Look, no hands!

Guy: Haven’t I seen you someplace before?
Girl: Yes, that’s why I don’t go there anymore.

A fellow nurse at my hospital received a call from an anxious patient.   "I'm diabetic and I'm afraid I've had too much sugar today." the caller said.
"Are you light-headed?" my colleague asked.
"No," the caller answered, "I'm a brunette."