IT WAS MY TURN TO BUY THE COFFEE AND MUFFINS 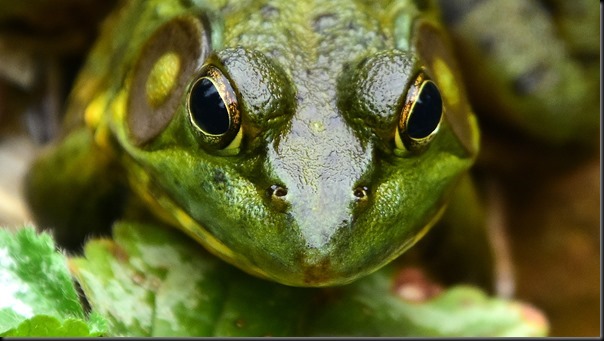 NOT TO WORRY FOLKS IT WON’T BITE YOU….IT’S ONLY ONE OF OUR FRONT YARD FROGS BUT YOU MIGHT GET A LONG STICKY TONGUE STUCK ON YOUR NOSE IF YOU SIT HERE LOOKING TOO LONG

Despite the rain infested morning it didn’t keep a couple of the areas older Senior fellas from their semi-monthly country road coffee run this morning.  Well it did keep them on paved roads instead of muddy gravel of course but other than than that it was another enjoyable 3 hours spent in non stop conversation.  It was Richard’s turn to drive so with me riding shotgun it was my turn to buy the coffee and muffins.  I am down to two muffins a month now with both muffin mornings occurring on our Thursday morning drives.  By the way, for the first time since the summer of 2006 I have finally cracked the 200 pound mark weighing myself in this morning at 197 pounds.  Already my legs are thanking me. 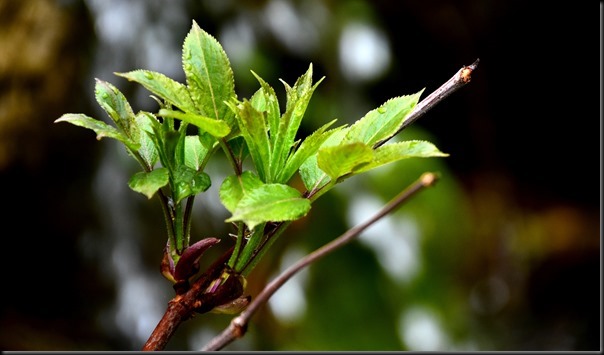 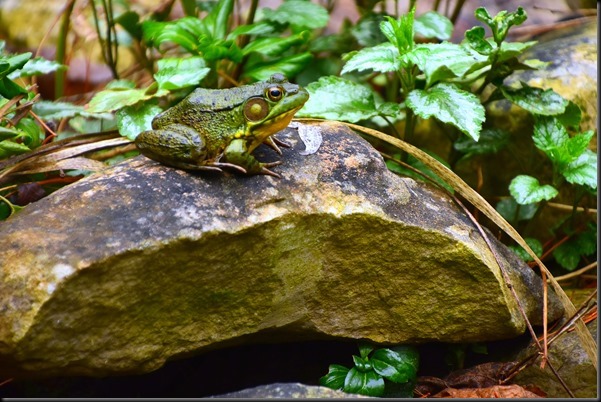 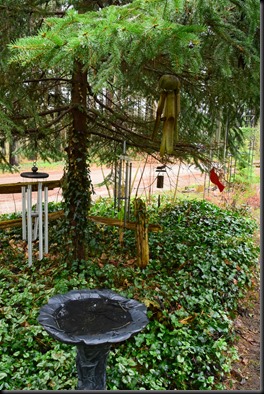 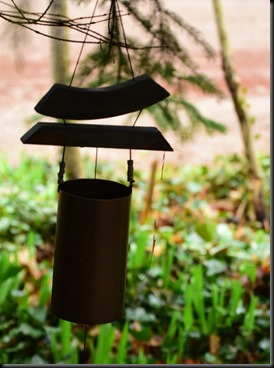 With our cold wet miserable 45F afternoon beside icy Lake Huron here I was left with little incentive to head outside.  Cranked up our furnace a tad to take the chilly dampness out of the air and settled into my recliner.  Wasn’t until after 6 o’clock when the rain had finally let up enough that we had a brief 20 minute period of sunlight.  Well that of course was enough to haul my carcass outside into the front yard where I knew I could probably find a couple pictures for tonight’s post.  There are always a few photos somewhere lurking outside someplace. 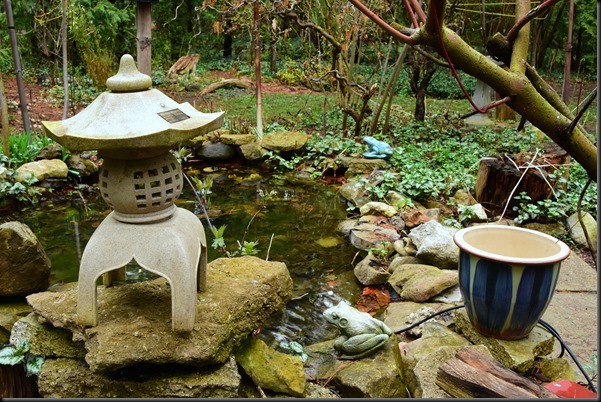 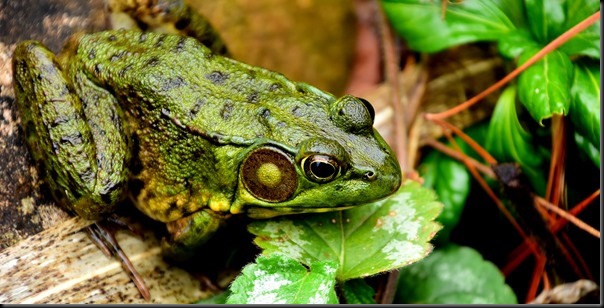 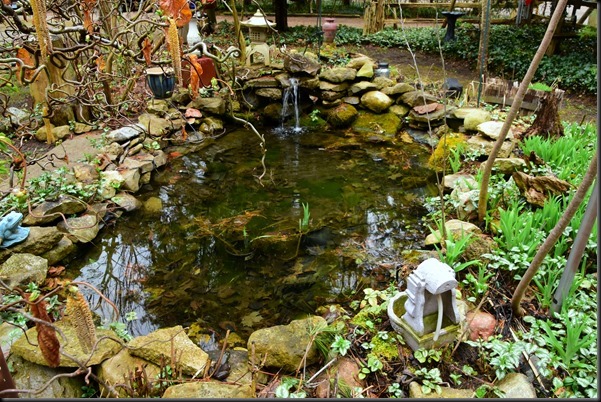 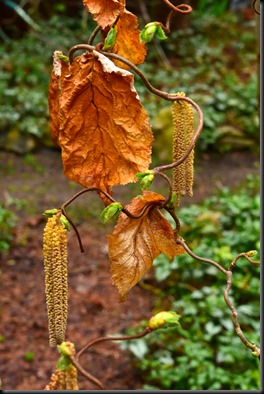 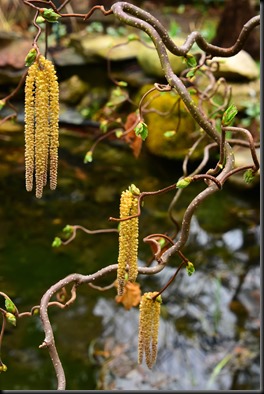 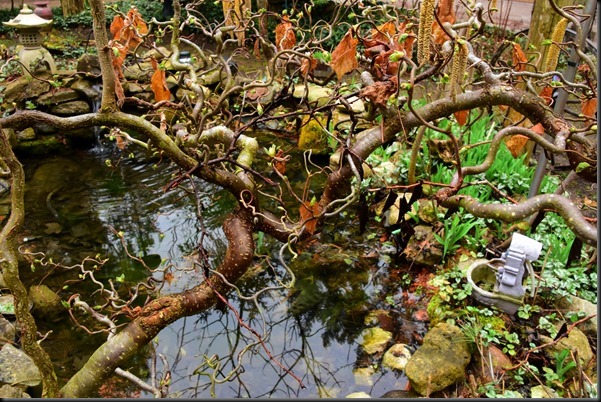 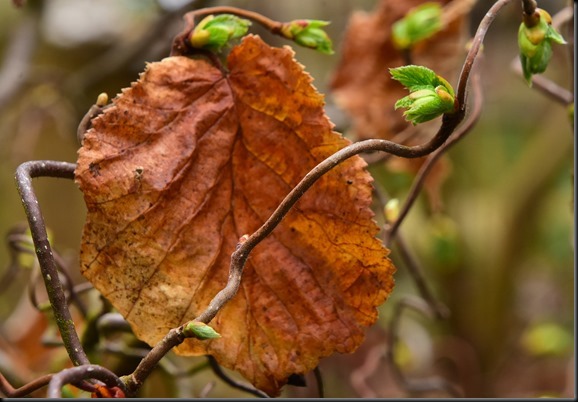 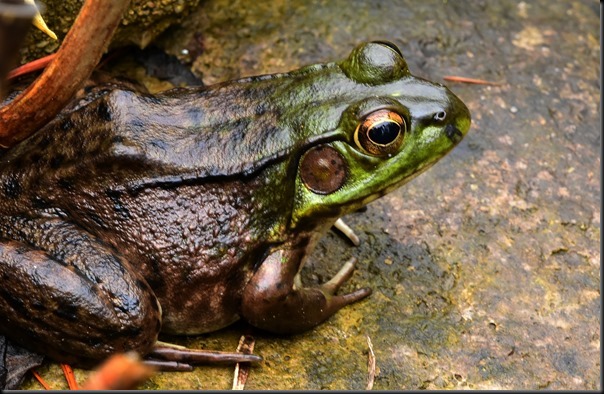 GROANER’S CORNER:((  It was about 15 years ago when the Pope met with the College of Cardinals to discuss a proposal from Shimon Peres, the former leader of Israel. "Your holiness," said one of the Cardinals, "Mr. Peres wants to determine whether Jews or Catholics are superior, by challenging you to a golf match." The Pope was greatly disturbed, as he had never held a golf club in his life.  "Not to worry," said the Cardinal, "we'll call America and talk to Jack Nicklaus. We'll make him a Cardinal, he can play Shimon Peres... We can't lose!" Everyone agreed it was a good idea. The call was made and, of course, Jack was honored and agreed to play.  The day after the match, Nicklaus reported to the Vatican to inform the Pope of his success in the match. "I came in second, your Holiness," said Nicklaus.  "Second?!!" exclaimed the surprised Pope. "You came in second to Shimon Peres?!!"  "No," said Nicklaus, "second to Rabbi Woods.”