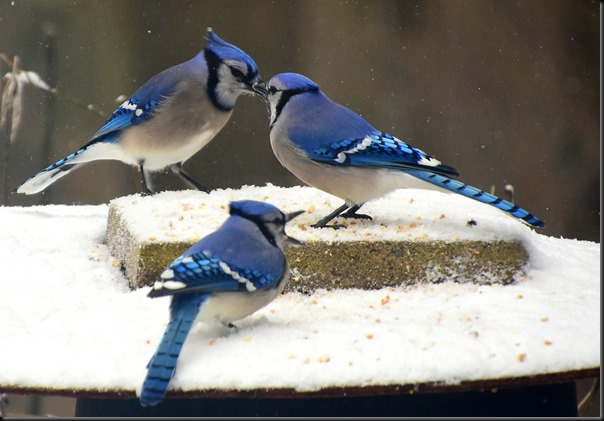 DESPITE SNOW FALLING FROM THE SKY  I CAN PLAINLY SEE SPRING IS IN THE AIR:))
Rains backed off during the night and I saw our first flecks of snow at 7:35 Wednesday morning.  Not to be discouraged I also noticed in the 14 day weather forecast a couple days late next week with temperatures slightly over 50F.  Of course weather is always subject to quick change this time of year and especially this Spring with Old Man Winter still trying desperately to hang on.  We did hear on the news today highway 21 was closed around Kincardine, some schools were closed and some let kids go home early.  Also heard about many people  out of power up around the Hanover area and super bad winds in Toronto.  It’s not unusual for us to have this kind of weather at this time of year……………… 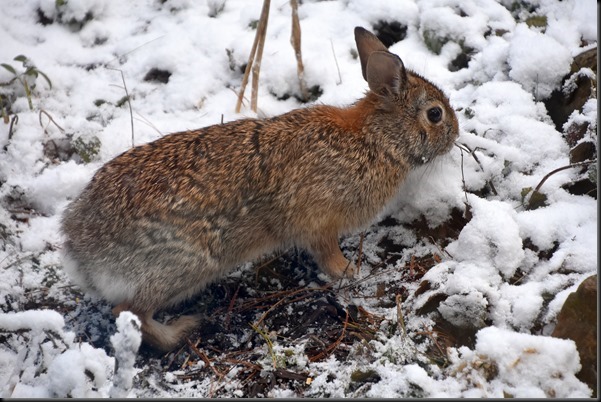 OUR VERY OWN EASTER BUNNY IS STILL HERE 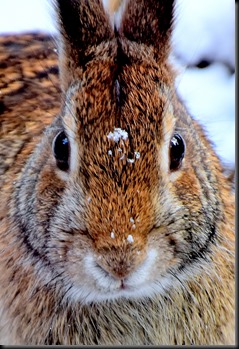 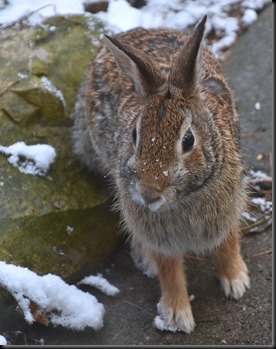 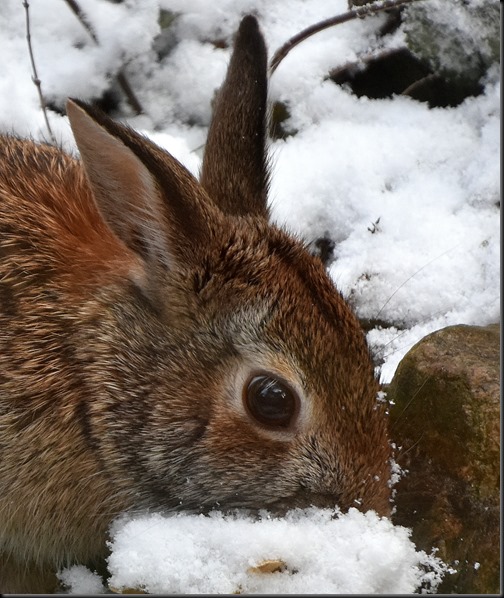 High winds and snow picked up making for a nasty morning so resigned myself to being house-bound.  Of course that resignation only lasted about an hour before Pheebs and I were out the door and headed into Bayfield for a little drive around town.  I had even brewed up a coffee to take along. 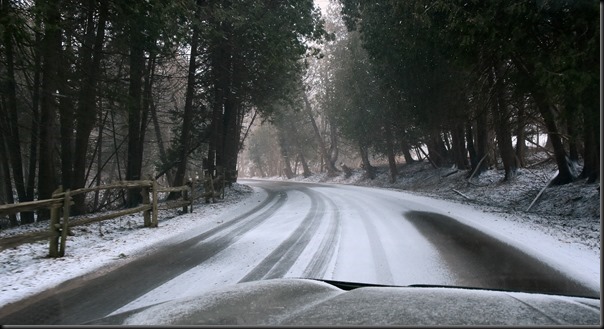 TAKING A SHORT DRIVE INTO BAYFIELD

LOOKING VERY BLEAK AND STORMY AS WE APPROACH THE HARBOR MOUTH 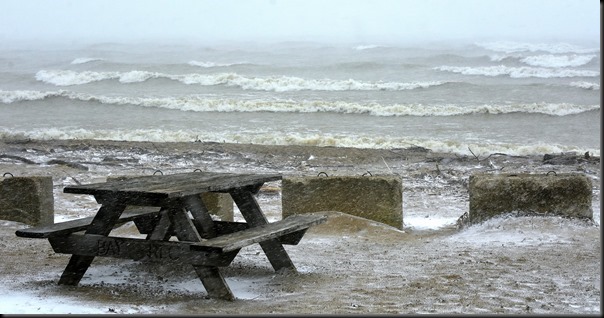 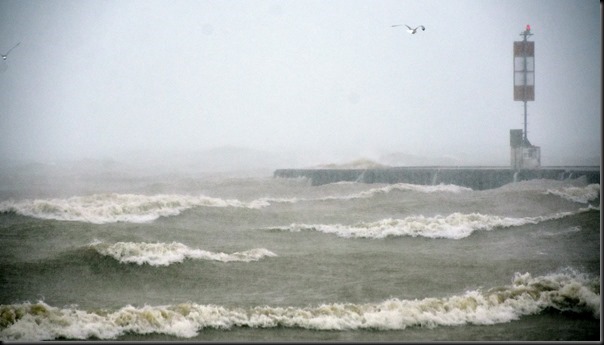 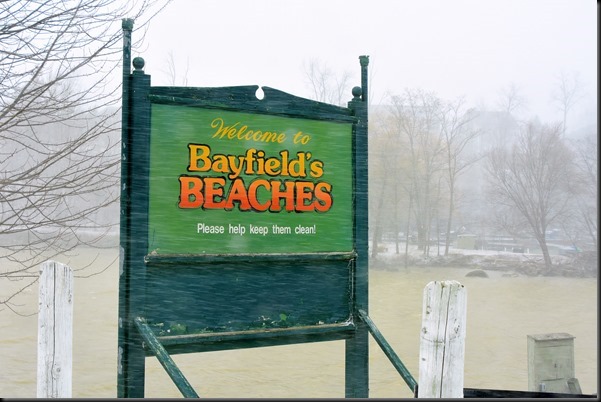 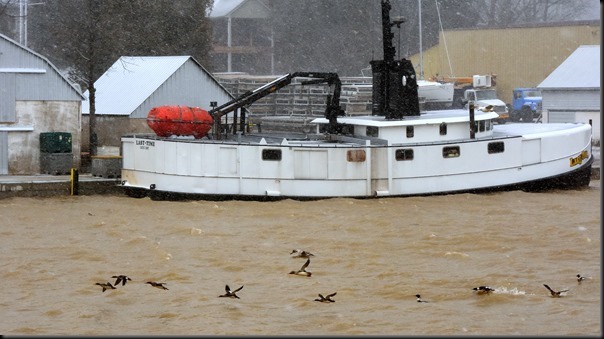 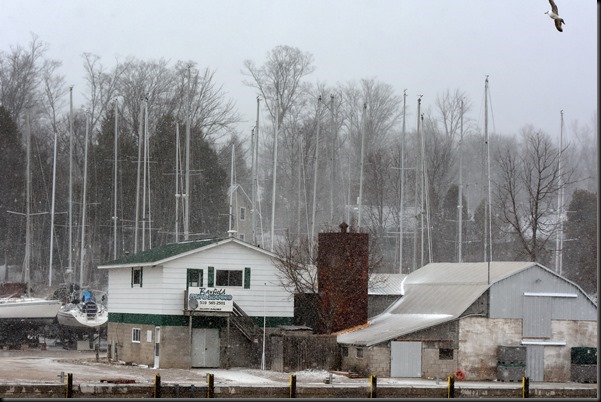 I COULD HEAR THE SOUND OF GIANT WIND CHIMES ACROSS THE RIVER THEN REALIZED IT WAS THE WIND BLOWING ALL THE ROPES, LINES, AND LANYARDS  WITH THEIR METAL FASTENERS AGAINST THE MASTS OF DRYDOCKED SAILBOATS
Didn’t figure there was much sense on venturing on out into the countryside.  Gravel roads were muddy, visibility was limited, and with freezing cold winds upon us there would be no stopping anywhere for either a leg stretch or a walk so we concentrated our short drive around Bayfield itself. 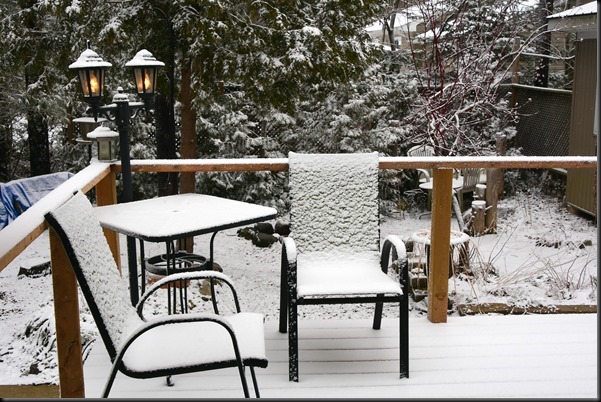 THIS IS WHAT EARLY SPRING LOOKED LIKE AT OUR HOUSE TODAY 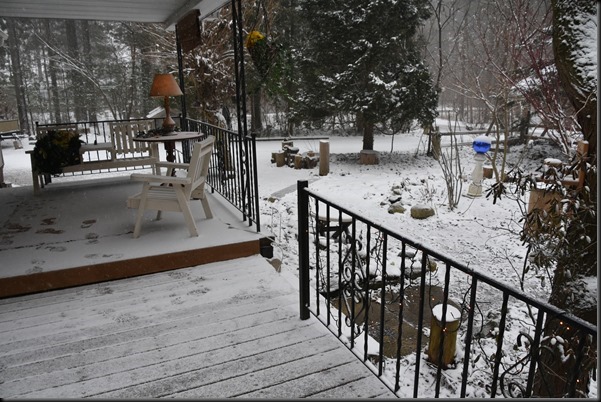 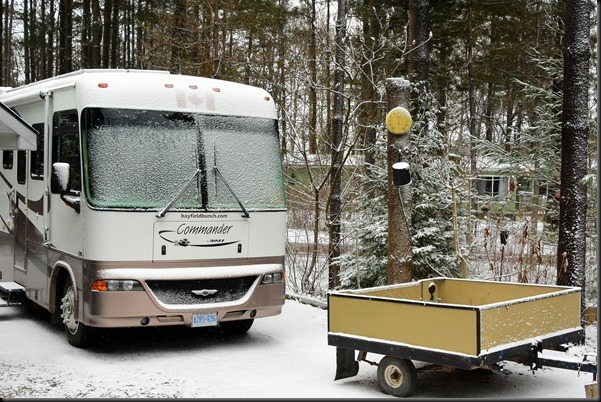 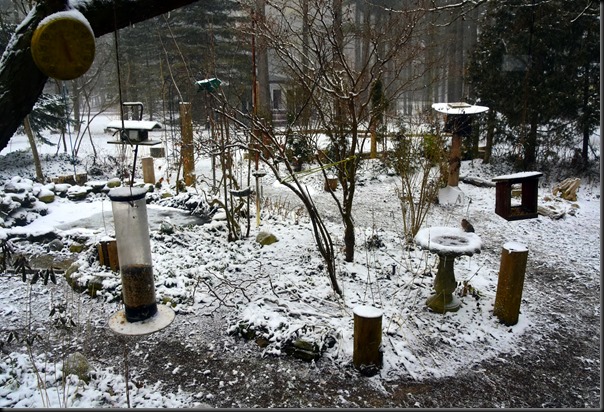 Although Bayfield’s core and harbor area remain much the same as I remember it from years ago the occurring changes can be found if one looks for them.  Many of the quaint old aging cottages are slowly being either upgraded, remodeled, or completely replaced by fine looking homes which blend right in with Bayfield’s ambience.  There are no mega-malls or garrish high rises here and downtown Bayfield for the most part retains shades of it’s old fishing village charm.  It is on the southwest outskirts of town where one sees changes taking place in the form of a few new sub divisions. 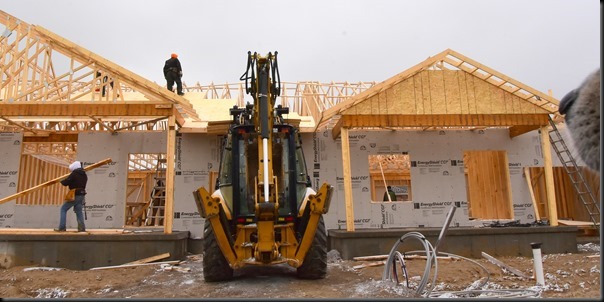 A LOT OF THESE TYPES OF JOINED HOUSES GOING UP 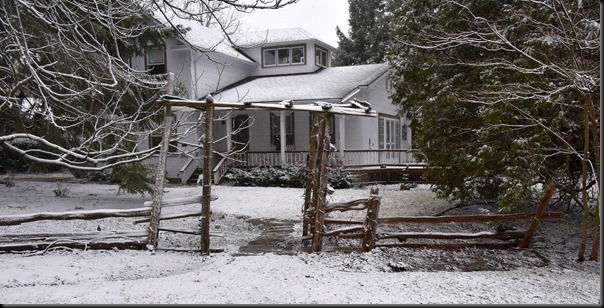 STARTING TO LOOK A LITTLE CHRISTMASY AGAIN IN BAYFIELD 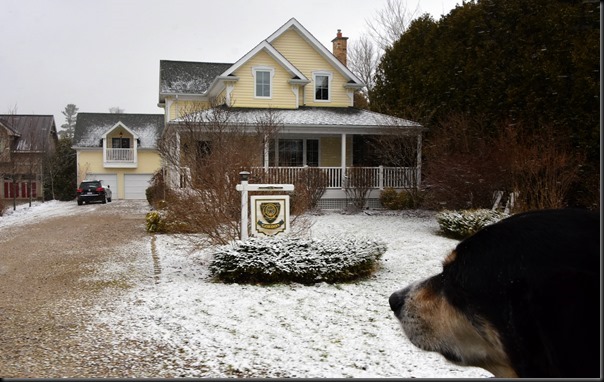 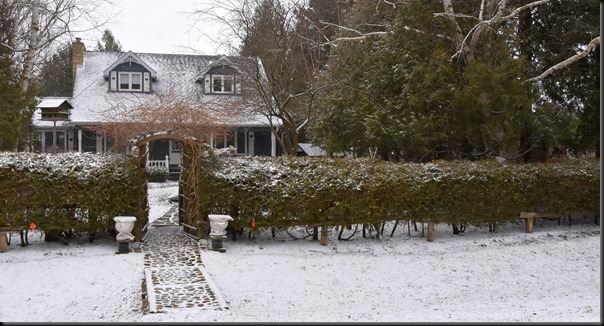 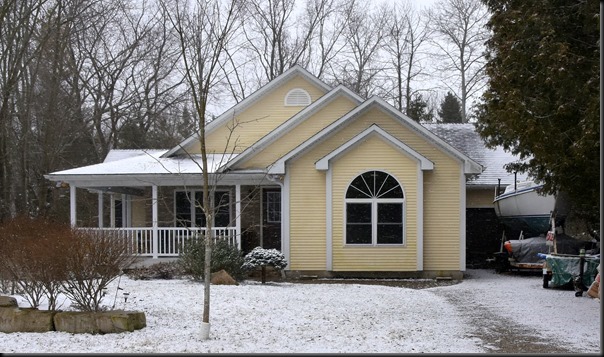 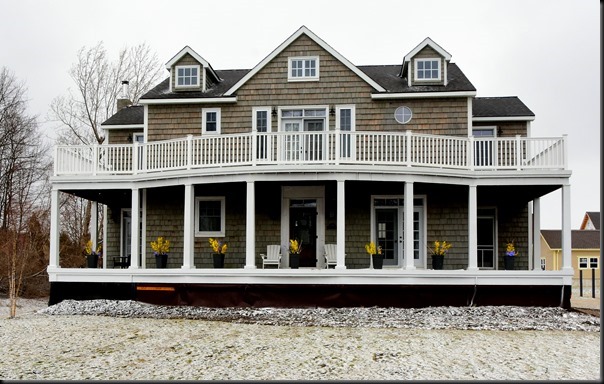 Pheebs and I were back home within an hour of leaving and the rest of my day was spent mainly reading in the corner of our cozy sunroom.  At times visibility was perfectly clear outside while other times roaring wind gusts whipped blowing snow into a frenzy.  It was a good day to be inside all comfy and warm. 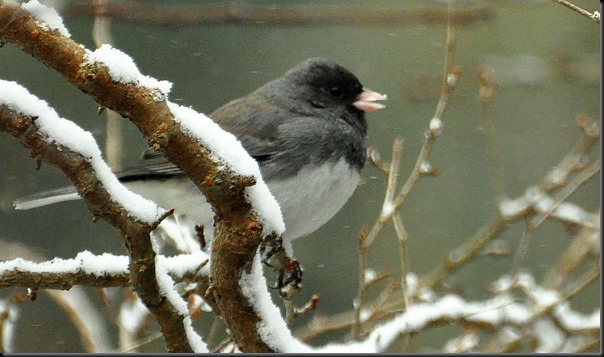 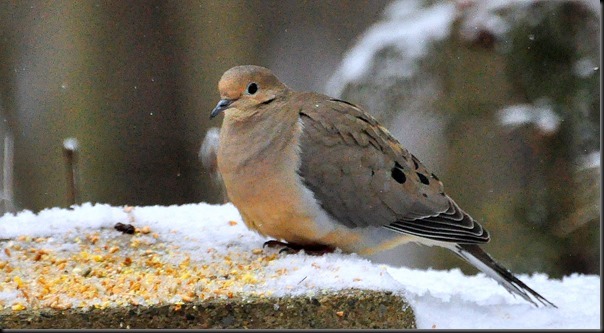 It was one year ago this morning I spent a few hours in the Goderich Alexandria Marine Hospital undergoing a procedure that few people care to talk about.  I hadn't talked about it either........until after the procedure was over.  Here is my post for that day in hopes it may allay some preconceived fears and help others facing the same procedure…. Colonoscopy 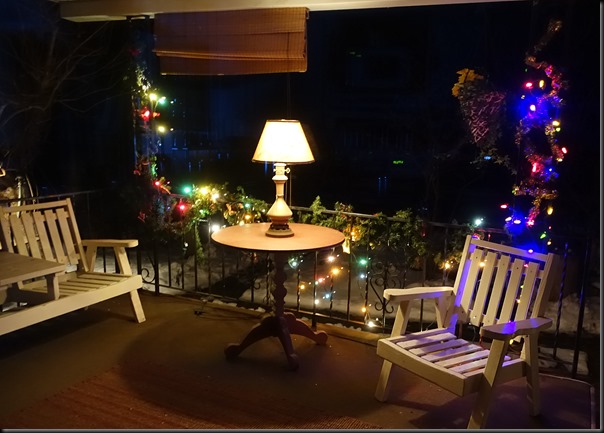