THE DREGS OF NOVEMBER WERE TUGGING AT ME TODAY 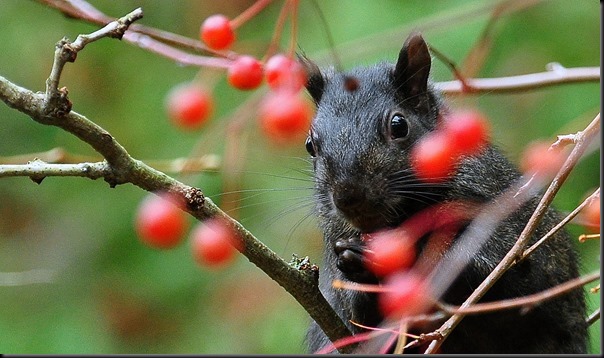 It’s not often we get to see a sunrise here from our Bayfield digs but now with all the leaves off the trees we did get to see part of a nice orange one through the tall pine trees this morning.  The sun slid up behind a cloud bank but throughout the morning we did periodically see it again.

FIRST TIME I HAVE SEEN THIS CONFIGURATION IN A  CORN FIELD 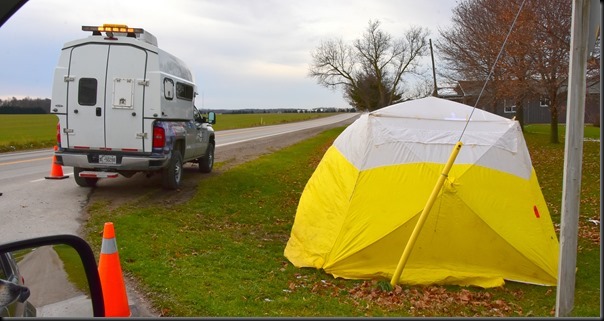 A TUMBLE OF LARGE SNOWY BALES 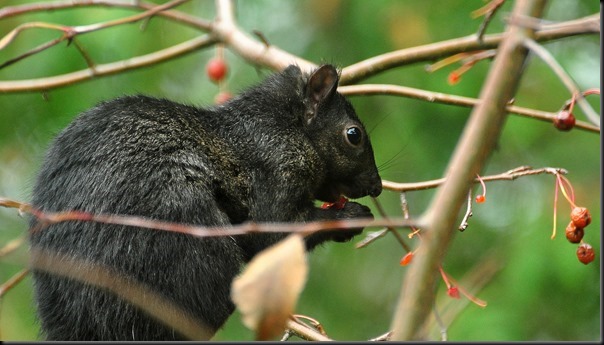 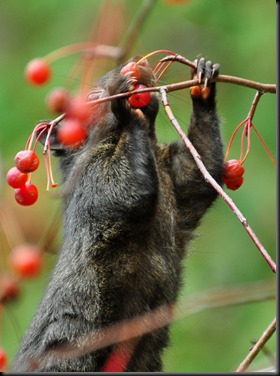 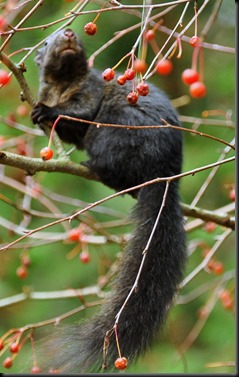 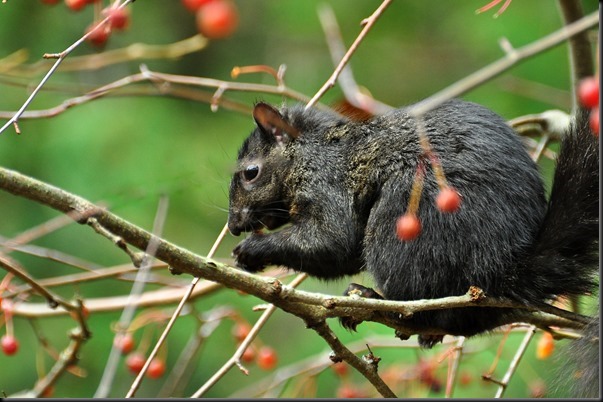 Despite the morning’s sunshine I could feel the dregs of November tugging at me today.  Right from the time I got up to the time I went to bed.  Pheebs and I did make it out but it was a rather lackluster drive and we were not long in returning home. 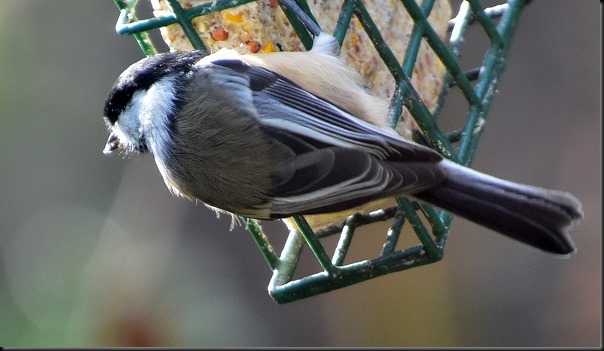 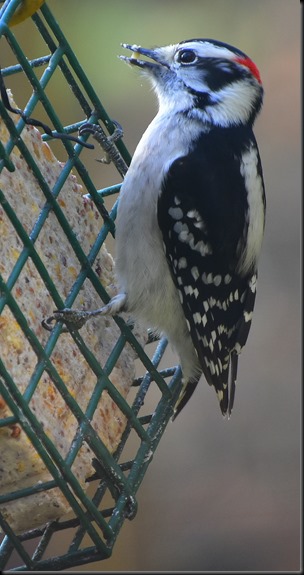 Spent most of the afternoon in my recliner watching nature programs on TV.  Skies darkened and by mid afternoon a steady rain had added to the gloomy day.  Checking our weather site I see we have a ‘snow squall’ advisory for tonight.  Oh Dear and it’s only the third week of November:(( 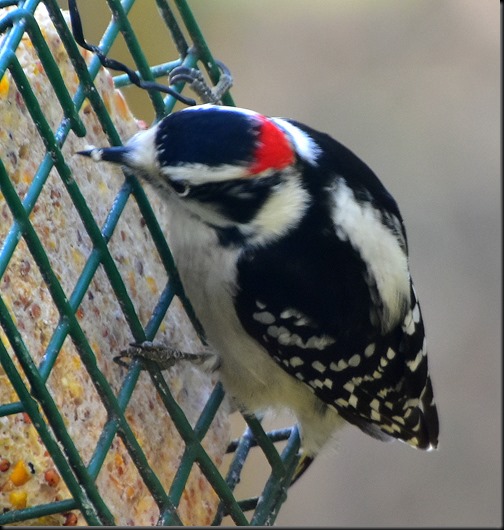 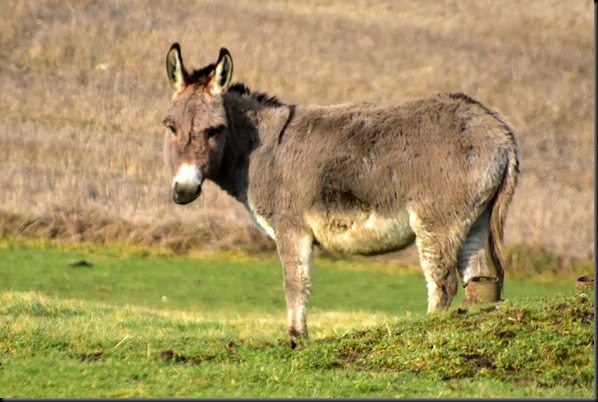 LOOKS LIKE THESE GUYS ARE ALL PLUMPED UP FOR WINTER 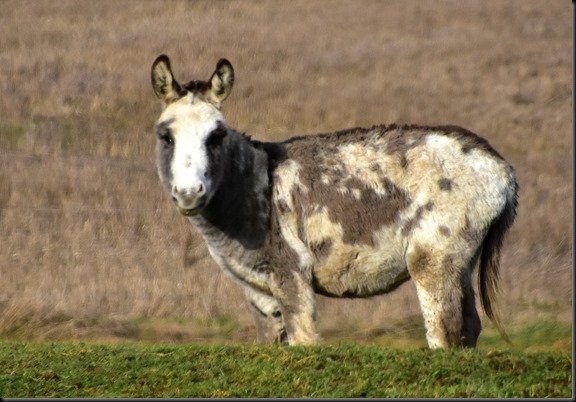 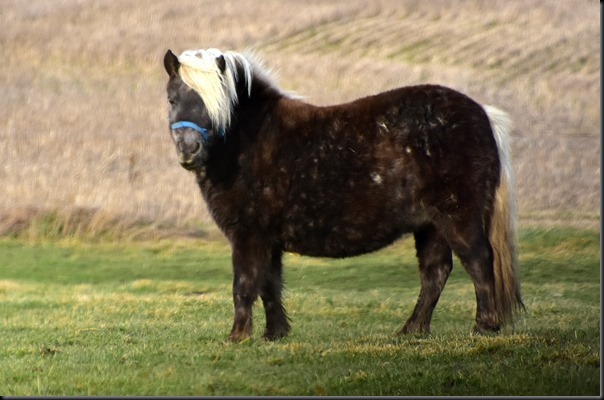 THAT’S QUITE THE COMB-OVER JOB YA GOT THERE

We were sure fortunate in selling our Arizona house last December.  One of the main reasons we had decided to sell it had to do with the exact same situation we are now in.  We worried about several situations which might occur preventing us from returning to Arizona and ‘medical’ was one of the them.  Can you imagine the stress we would be feeling right now knowing we could not get to our Arizona house to look after things there.  Yikes!!  Not sure if some readers are aware of this but fellow Canadian RV friends John and Brenda from John & Brenda's Incredible Journey have just sold their house (Dogpound South) near Phoenix as well.  One thing about RV minded folks is that we are all a bunch of readily changeable people and on-going changes are just a part of a way of life for us.  And I don’t think many of us would like it any other way. 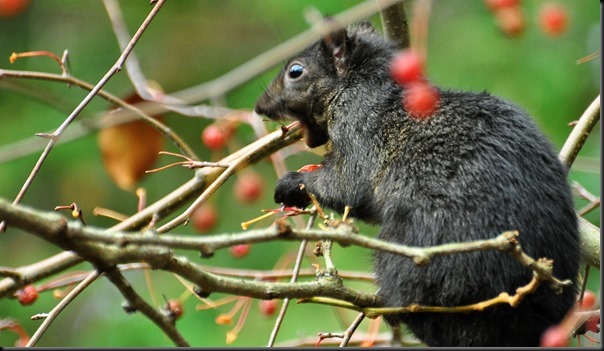 GROANER’S CORNER:(( Greeting cards you will not see at Hallmark:::

'Congratulations on your wedding day, too bad no one likes your wife.'

'I've always wanted to have someone to hold, someone to love.  After having met you, I've changed my mind.'

'I must admit, you brought Religion into my life.  I never believed in Hell until I met you.'

'As the days go by, I think of how lucky I am
that you're not here to ruin it for me.'

'As you grow older, Mum, I think of all the gifts you've given me.  Like the need for therapy'

'Thanks for being a part of my life!!!
I never knew what evil was before this!'

'Before you go I would like you to take this knife out of my back. You'll probably need it again.'

'Someday I hope to get married but not to you.'

'You look great for your age.  Almost Lifelike!'

'When we were together, you always said you'd die for me.  Now that we've broken up, I think it's time you kept your promise.'

'I knew the day would come when you would leave me for my best friend so here's his leash, water bowl and chew toys.'

'We have been friends for a very long time.  What do you say we call it quits?'

'I'm so miserable without you it's almost like you're here.'

'Congratulations on your new bundle of joy, did you ever find out who the father was?'

'You are such a good friend that if we were on a sinking ship and there was only one life jacket
I'd miss you heaps and think of you often.'