HAD ME A PHOTO MISSION THIS MORNING 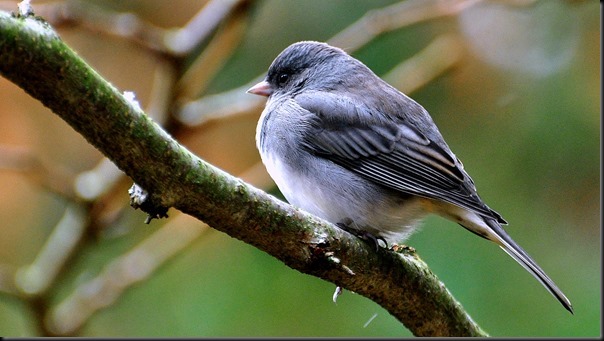 Thursday night I received a Facebook message from an old home town friend who now lives in Barrie Ontario.  He is a sailboat enthusiast and has been looking to buy himself another sailboat and spotted a boat of interest for sale right here in Bayfield Ontario.  He wondered if I could slip over to the north side of the harbor and take a few photos of the boat paying particular attention to the hull.  So without further ado this morning that is exactly what Pheebs and I did.  Now there are probably a hundred boats scattered about and stored up on blocks so what do you think my chances were of finding the right boat any time soon.  Pulling into the main boat storage area I parked by the side of the road and figured I would start with boats in the northeast corner.  Before opening my door I glanced out my driver’s side window.  And there it was right beside me 30 feet away, the very boat I had come to find.  Now what are the chances of that!!  I had figured it would probably be in the last five of a hundred boats I looked at.  What a nice feeling when things ‘occasionally’ happen like that:)) 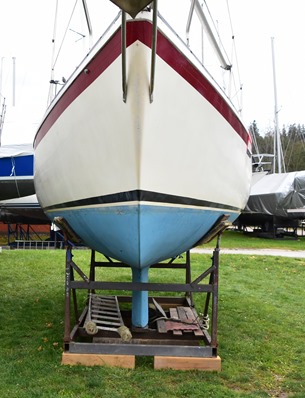 Following our boat mission I grabbed a coffee to go in Bayfield and we headed out for a short snort through the countryside southeast of town.  Not much going on anywhere and with a solid cloud cover the leafless landscape looked rather drab.  However I did manage a few photos before circling around and heading back home. 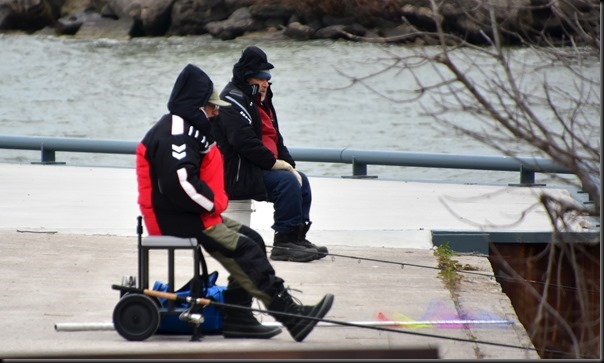 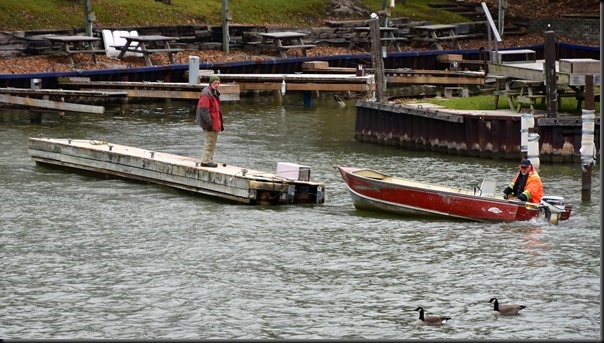 HARBOR WORKERS TOWING PART OF A BOAT DOCK TO A PROBABLE STORAGE LOCATION…..NOTICE THE GUY RIDING THE DOCK WITH NO LIFE JACKET!! 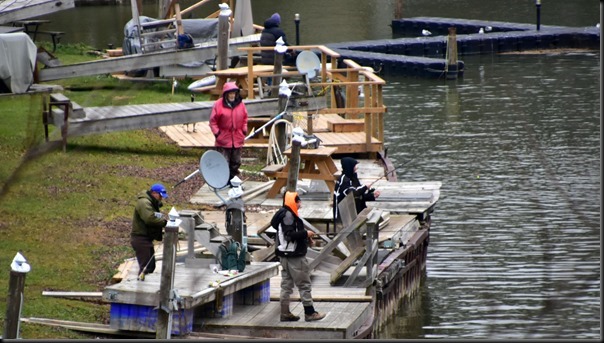 I GUESS FISHING MUST BE A DEDICATED SPORT TO BE OUT STANDING IN THE COLD LIKE THAT….MY DAD WAS AN AVID FISHERMAN BUT I’VE NEVER HAD ANY INTEREST IN IT

Sunny skies and slightly warmer temperatures are predicted for Friday morning so with dry roads for a change it might be a good opportunity to get the Motorhome out for a spin.  Both gas and propane tanks need topping up anyway.  It’s a good idea to keep them full in the winter months because one never knows when a nasty winter storm will roll through knocking out power.  More than once we have had to bail out of our house into the Motorhome until area power was restored. 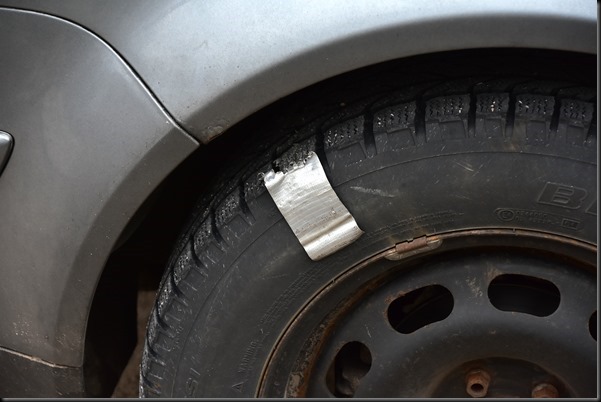 GOT A LEAK IN YOUR TIRE?  NO PROBLEM……DUCT TAPE TO THE RESCUE…..SAW THIS IN BAYFIELD EARLIER TODAY 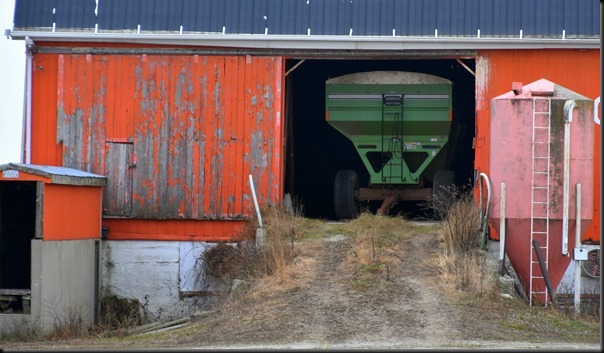 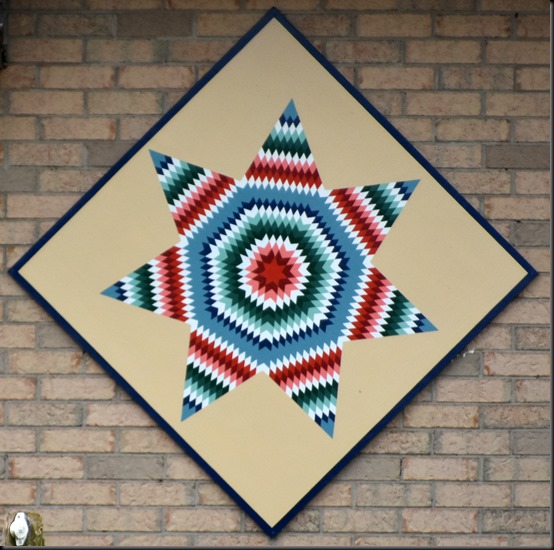 Birds are kinda funny critters.  It seems we either have no birds at the feeders for hours at a time or we have dozens flying about all at once.  Black Capped Chickadees, Blue Jays, Dark Eyed Juncos, Downy Woodpeckers,  Sparrows, and upside down Red Breasted Nuthatches seem to be the mainstay at the moment and they all seem to hang out and travel together making the rounds of all the birdfeeders here in our Park. 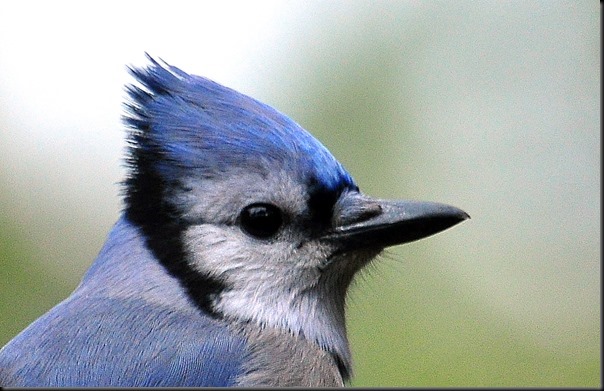 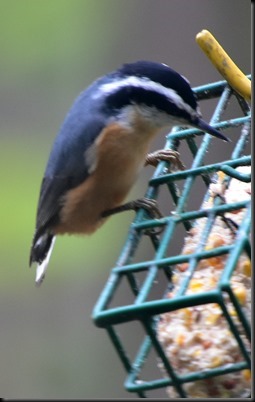 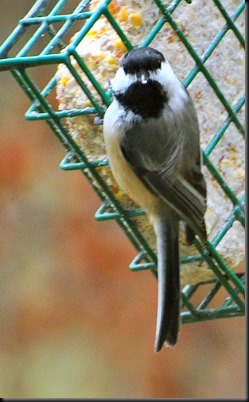 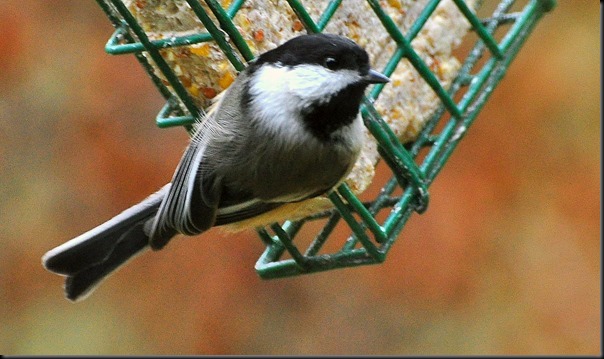 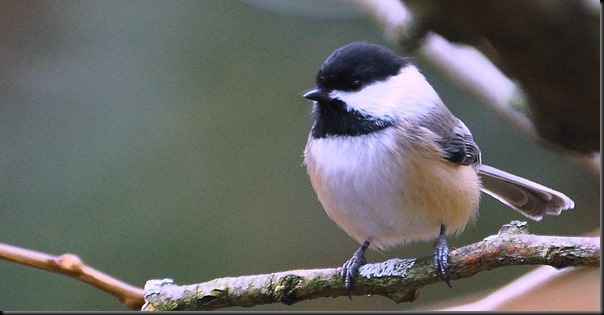 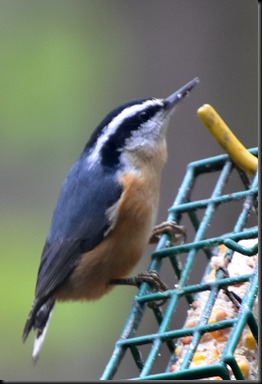 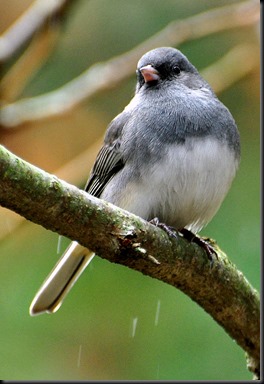 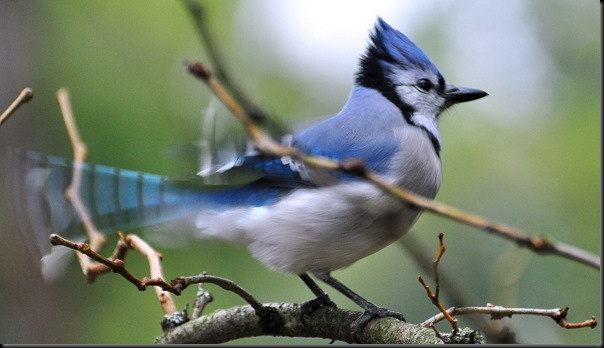 Well we are less than two weeks away from Kelly’s December 5th consultation appointment  in London and hope to find out that day when her upcoming medical procedure will be.  Our winter’s travel plans will be hanging on the results of that meeting. 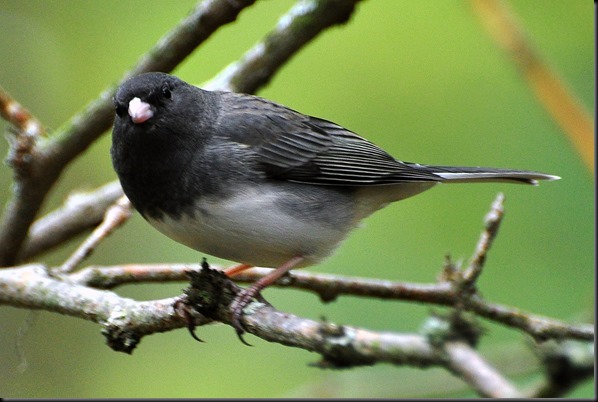 GROANER’S CORNER:(( A businessman boarded a plane to find, sitting next to him, an elegant woman wearing the largest, most stunning diamond ring he had ever seen. He asked her about it. "This is the Klopman diamond," she said. "It is beautiful, but there is a terrible curse that goes with it."   "What's the curse?" the man asked.   "Mr. Klopman."

- I don't do drugs. I get the same effect just standing up fast.

- I don't approve of political jokes. I've seen too many of them get elected.

- Everyday I beat my own previous record for number of consecutive days I've stayed alive.

- A good friend will come and bail you out of jail...but, a true friend will be sitting next to you saying, "Damn..that was fun!

- I live in my own little world. But it's OK. They know me here.

- How come we choose from just two people to run for president and 50 for Miss America?