A PARTIALLY FLAT TIRE LANDS US IN CLINTON AND A TYPICALLY NASTY NOVEMBER WEATHER DAY!! 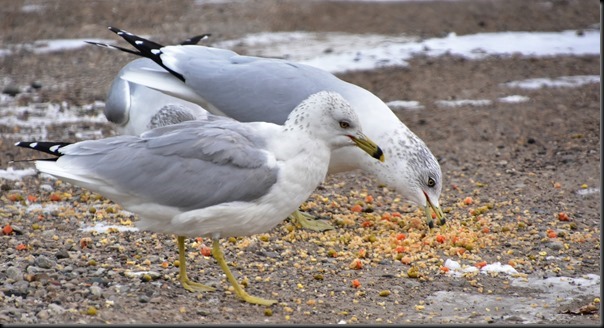 With a half flat tire on the Jeeps passenger side front our first destination this morning was Huron Tirecraft in Clinton Ontario.  Tires were just put on a couple weeks ago.  Swamped with snow tire appointments (5 an hour) they wouldn't be able to get me in for at least an hour and with Pheebs in the Jeep that wasn't going to work so made an appointment for 4:30 this afternoon.  In the meantime they aired up my tire and away we went to first grab a coffee and muffin at Hortons and then it was off to Goderich with us.  Plan was to stay on pavement today knowing area gravel roads would be a soupy mess.  And stay on pavement we did. 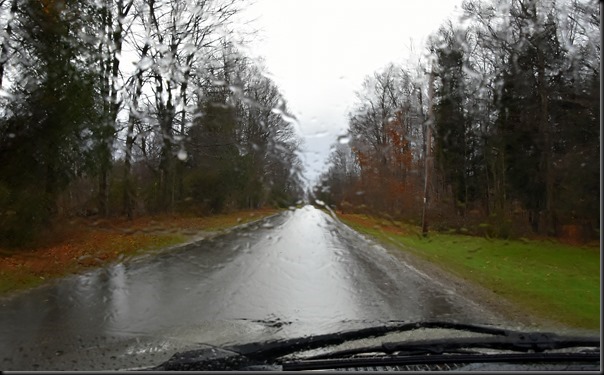 It was a cold nasty morning with high winds and driving rain.  Lake Huron was rough and we never even got out of the Jeep for a leg stretch.  No point in hanging around and it was obvious the day was not going to be getting any better.  Off for home we went and got ourselves back in the house as quick as we could. 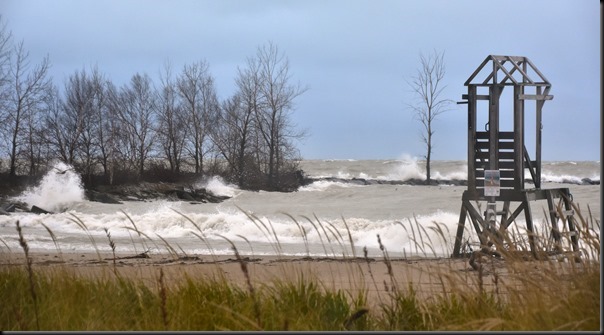 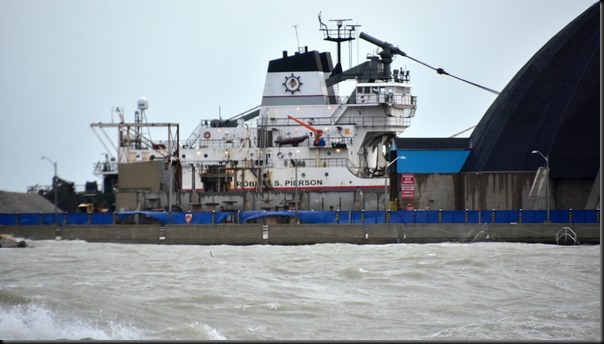 With a cold bleak afternoon going on complete with a few snow flurries Kelly checked our TV's memory banks and pulled out a movie.  'The Martian' starring Matt Damon.  A rather suspenseful tale it was.

SEAGULLS TAKING ADVANTAGE OF SOME SPILLED CORN NEAR THE GODERICH ELEVATORS 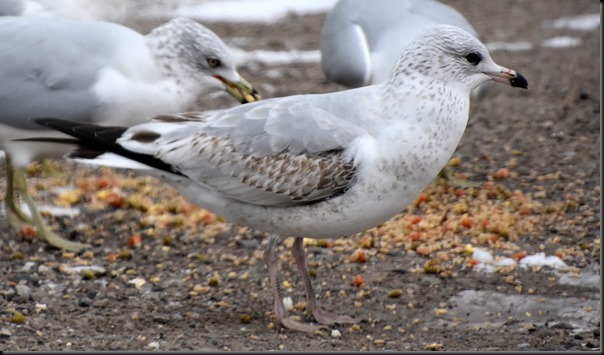 It was slightly after 4 when I headed back to Huron Tirecraft and they had me in there shortly after I arrived.  It was a faulty valve stem again.  When it comes to tires I think we have had more trouble with valve stems than anything else over these last few years.  Also had them put on two new windshield wipers as well as a rear window wiper.  I am now reminded of Johnny Nash’s song, ‘I Can See Clearly Now’. 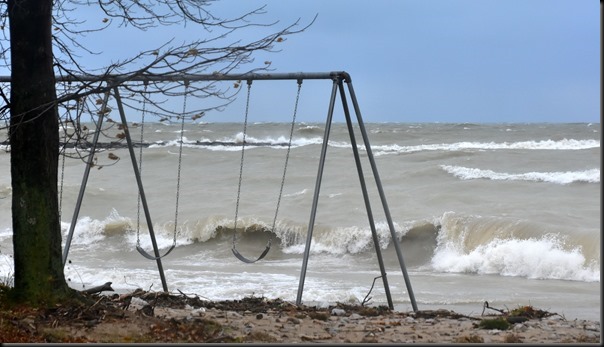 Tomorrow being Friday and this week-end being Christmas In Bayfield we have company coming.  Kelly’s daughter Rebecca and her husband Ricardo along with their little daughter Ella plan to arrive Friday afternoon and stay for the parade Saturday morning.  Of course a deluge of rain is predicted for Saturday so we’ll see how it goes. 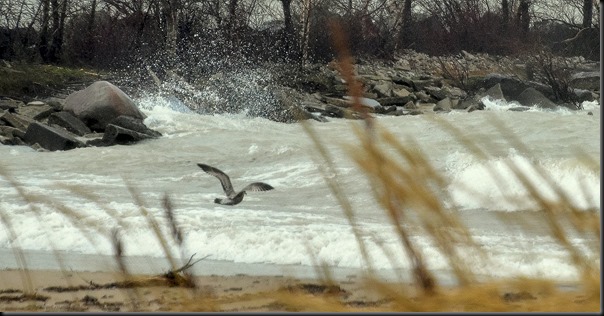 A new girl called Carly came to Jimmy's school.  Jimmy really fancied her, but was already going out with Lorraine.  Some time later he heard that Lorraine's family were emigrating.  On her leaving day he went to see her off.  On his way home, he was singing to himself: "I can see Carly now Lorraine has gone.''

Q. How do you know a blonde has been on your computer?

A. There is whiteout all over the screen.

Knock Knock
Who's There?
Butter!
Butter who?
I butter not tell you a any more knock knock jokes.