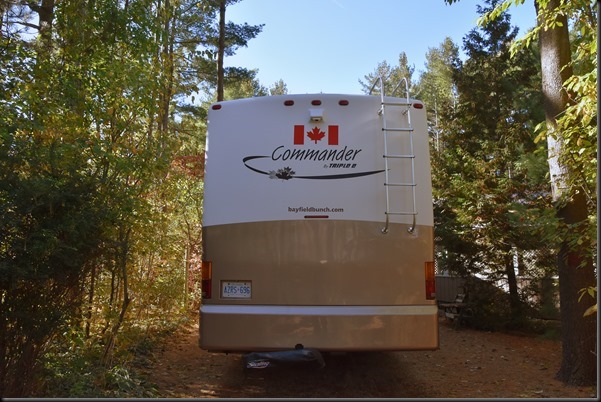 With a sad little doggy face looking out the window I headed out our driveway in the Jeep alone this morning about 8:10.  A change of routine as I headed for the Bayfield Garage.  Libby had an appointment to have her brakes checked as well as an oil change and an undercoating.  At 8:25 a burgundy van rolled in and picked me up.  Being the last Thursday of the month it was my good friend and neighbor Richard and it was his turn to drive for our bi-monthly country road coffee tour.  It was off first thing to Bayfield's Charles Street Market Cafe' for a couple coffees and yummy Morning Glory muffins to go.  The muffins were so fresh out of the oven we could hardly hold on to them. 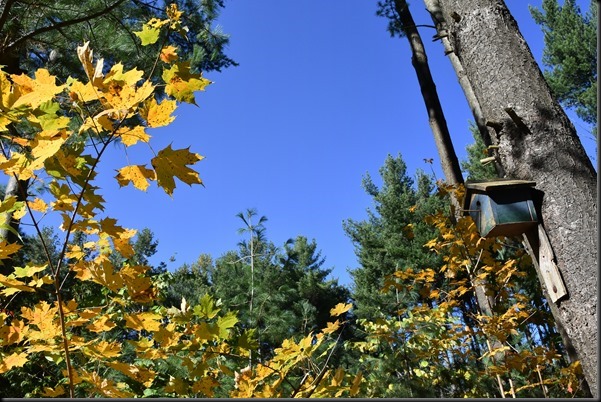 TONIGHT’S PHOTOS WERE TAKEN OUTSIDE THIS AFTERNOON AROUND THE HOUSE 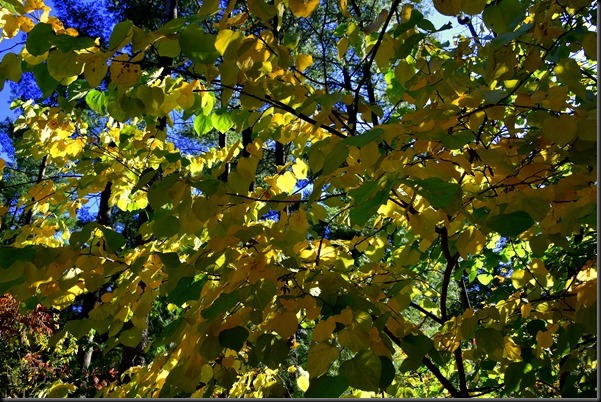 OUR ROSEBUD TREE BESIDE THE DRIVEWAY 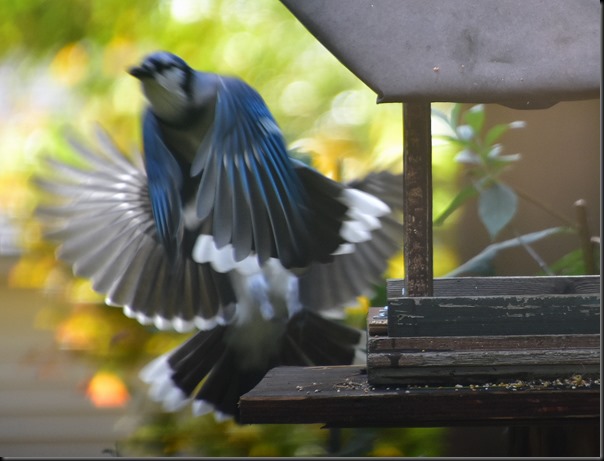 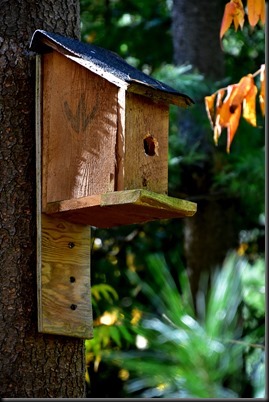 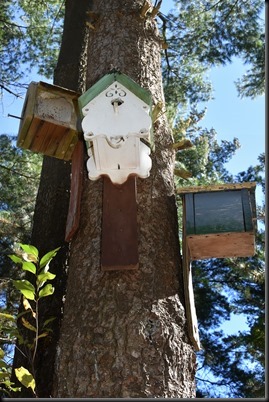 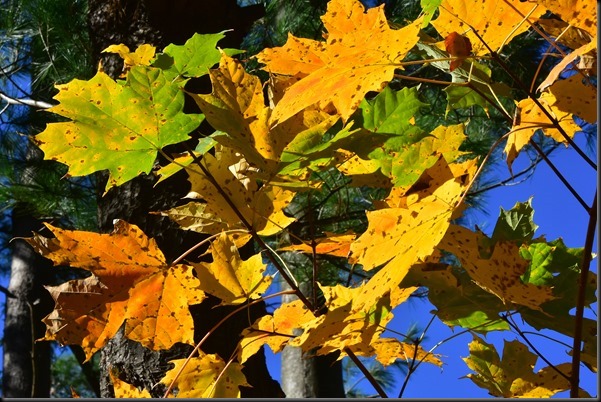 Our sunny morning travels took us Southeast of Bayfield and back around through Grand Bend.  We both marveled at the beautiful day it had turned out to be especially since our recent spate of cloudy wet weather.  Forecast for today hadn't look promising but we remained under sunny skies for the whole day.  We were back to the Park by 11:30 and it would be fair to say we once again were able to figure out the true meaning of life for about the umpteenth different time. 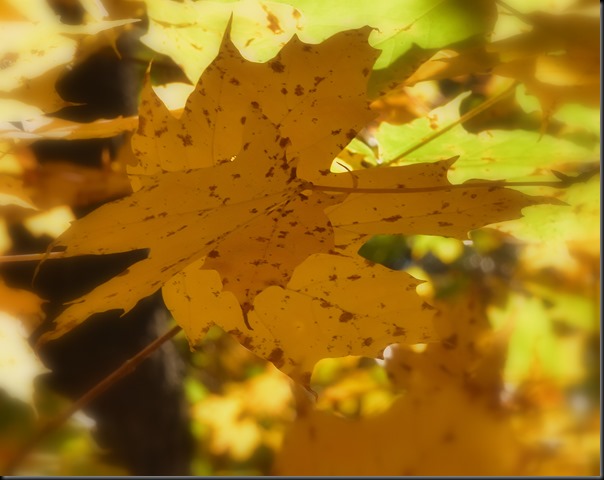 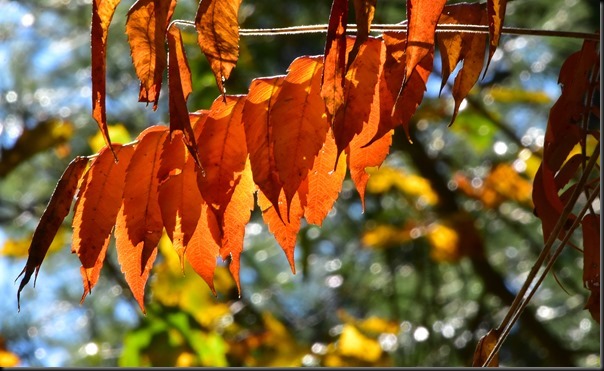 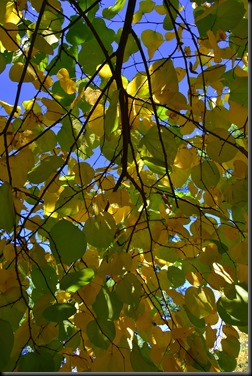 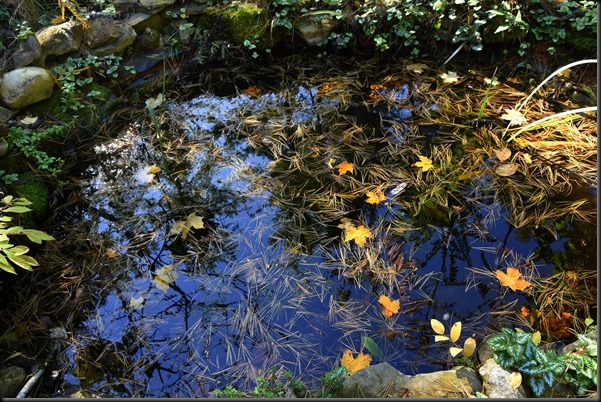 NOT MUCH ACTIVITY IN OUR FRONT YARD POND THESE DAYS

With our sunny day sandwiched between rainy days I figured I had better get a few more outside things taken care of.  Turned the outside water off for the winter and drained the hoses but not before adding more water to our rig's fresh water tank.  With pine needles and leaves coming down in droves I had to spend more time with our screaming leaf blower.  Geeeeezzz, I hate the sounds of those damn things.  Found time to take a few photos along the way for tonight's post as well. 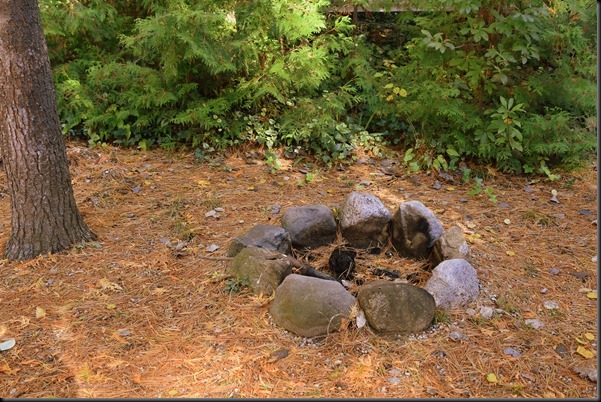 CAMPFIRES IN THE BACK YARD ARE OVER FOR ANOTHER YEAR 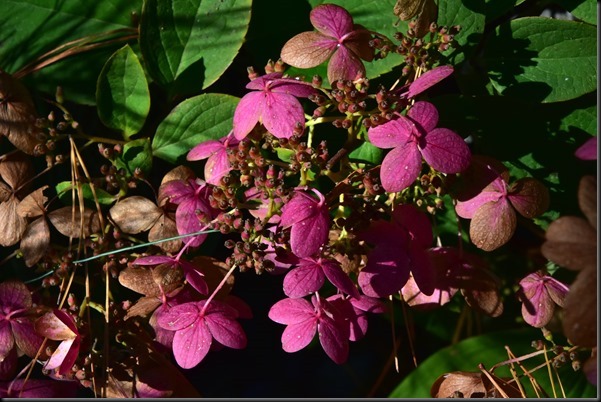 STILL SOME COLOR LEFT IN OUR FLOWER BEDS 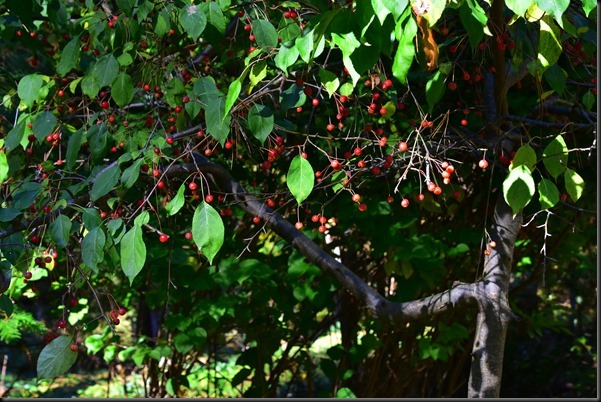 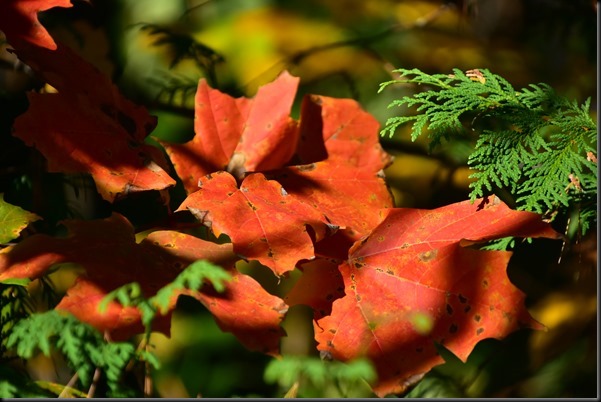 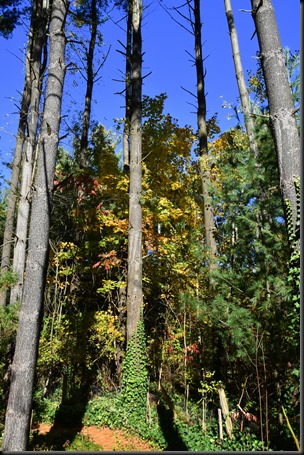 Bayfield Garage called late afternoon to say our Jeep was done so we headed on over around 6 and picked it up.  It’s ready to rumble now with a fresh oil change, lube, and filter plus it’s been newly undercoated.  The undercoating is to protect the metal underneath from salt infested winter roads whether we are here all winter or get caught on some slippery salty roads in our northernmost travels.  Brake pads were good but all rotors were removed for cleaning and something said, unseized brake hardware.   Anyway all is Okay and it’s one less thing to worry about now after I had heard some minor squealing in the brakes.  We have dealt with the Bayfield Garage ever since moving here nearly 15 years ago and find them to be good people.  Jeep goes in to Huron Tirecraft next Tuesday morning to have the summer tires replaced by our knobbier snow/desert tires and with that our Jeep Liberty is ready to head for the Southwest. 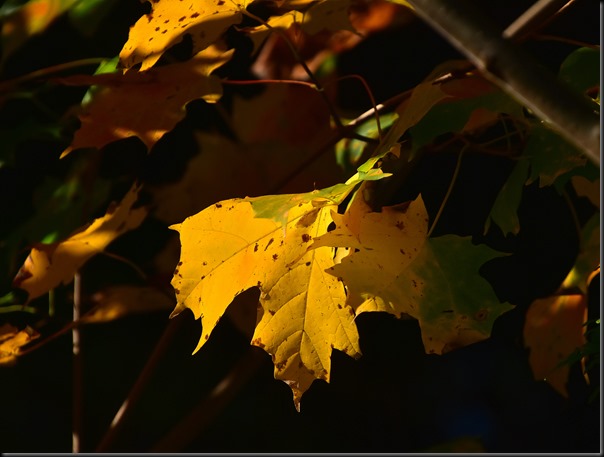 GROANER’S CORNER:(( One day, three unemployed factory workers heard that a large food company was enlarging and needed more staff. So they went downtown to see if they could get themselves a job.  After filing out their applications, each one was interviewed and each one managed to get hired. As they were waiting to be assigned their new duties, a foreman came by and spoke to the hiring boss. The foreman told the boss that he didn't think it was such a good idea as one of the workers had snapped for no apparent reason at his last job.  Also a second was said to have had cracked up after severe mental stress. The third, he believed was their father who he felt was a bit odd but he couldn't put his finger on it.  The hiring boss reassured the foreman and said that they would start on something easy and after a week, the company would re-assess them to see if they would be kept on.  The foreman reluctantly agreed and asked the boss where he thought they should start. The boss replied, "Why not take them and put them in our Cereal Division...Snap, Crackle and Pop should work out fine down there."

Knock knock.
Who's there?
Ketchchup
Ketchchup who?
Kethchup to me and I will tell you.