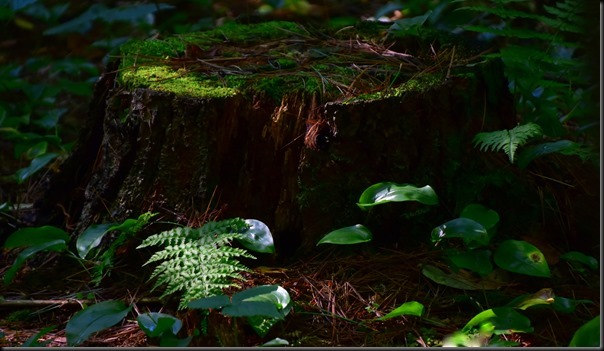 AN EVENING WALK IN THE FOREST

Suspecting a problem with our water heater for awhile a retired plumber fella by the name of Mike who lives in our Park came over to have a look at it Sunday morning.  As it turned out the water heater was the least of our problems.  A fair amount of sludge in the bottom of the heater tank but it was easy to drain out.  He decided to also have a look underneath our unit  at the plumbing below the water tank and that is when a big problem was discovered.  Unbeknownst to us we have had water leaking underneath our mobile for quite some time and to say it is a huge mess under there would be putting it mildly.  But the leak had nothing to do with the hot water tank. 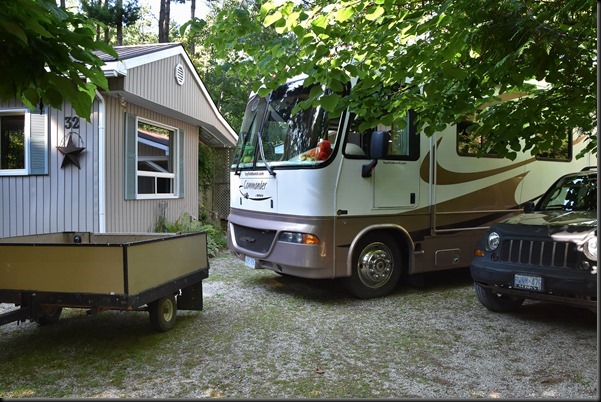 I spent an unpleasant half hour or so Sunday afternoon mucking around on my stomach underneath our unit hauling soaking wet things out like insulation and lumber I had been storing .  Luckily we have a cement pad under our mobile home but the accumulation over the years of dust and dirt now mixed with leaking shower, sink, and washing machine water has created a very nasty mess. 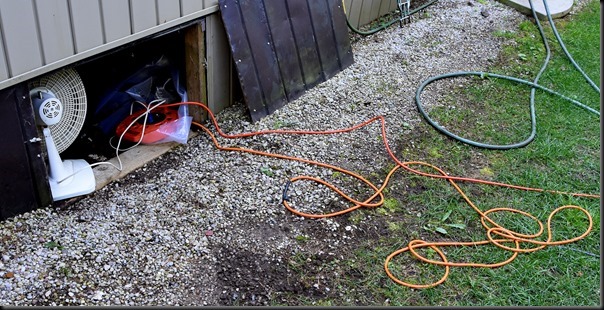 FANS GOING TO DRY THINGS OUT UNDERNEATH OUR UNIT 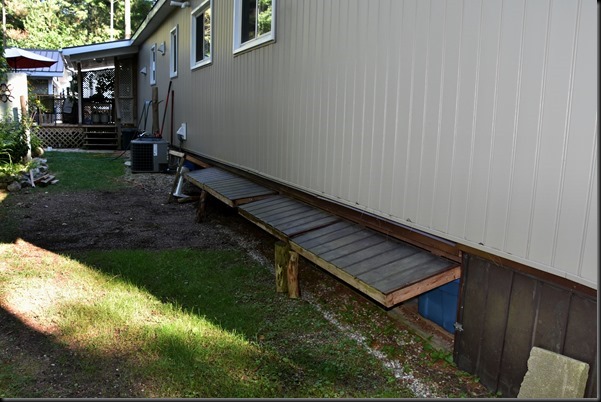 NEED TO GET AS MUCH AIR CIRCULATING UNDERNEATH AS POSSIBLE

Mike was able to determine the leak was stemming from somewhere underneath our bathroom  and said he would come back Monday morning with some lights and tools to have a closer look and that brings me up to today. 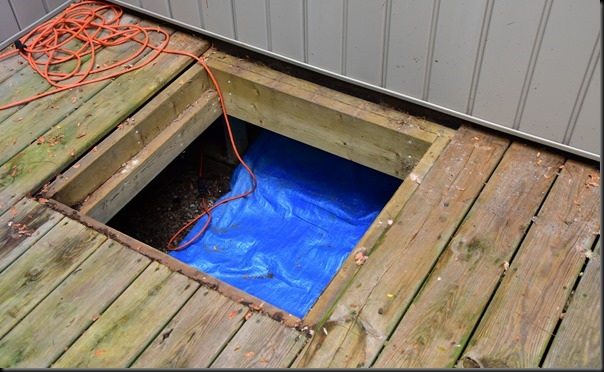 There is only about two feet of crawl space under our unit so it's a really tough place to get into let alone fix anything.  Mike is probably around my age or a bit younger and like me is no spring chicken anymore so crawling around underneath a trailer in a tight fitting place is not the easiest of things to do.   With the aid of tarps on the soaking wet concrete he was able to wiggle himself underneath to where the problem area is and soon determined it was a case of some incorrect plumbing that had indeed caused our leak.  In fact it may have been slowly leaking since having our new shower installed 3 years ago.  Never having any reason to go under our unit except to turn the water off in the Fall and on again in the Spring I never noticed the leak because it was only one small section of the mobile I was ever part way under. 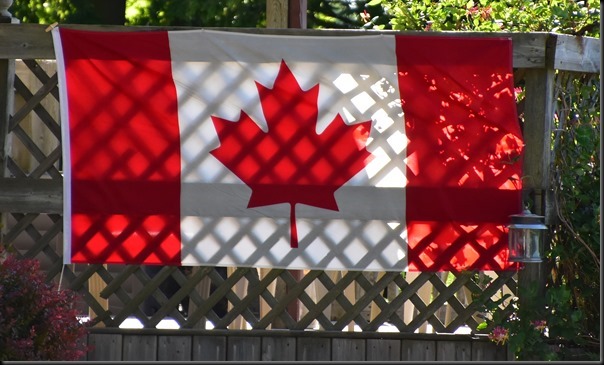 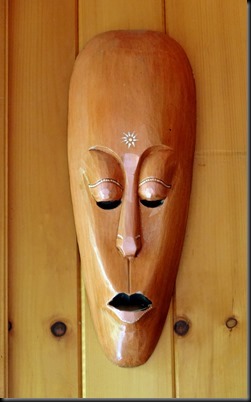 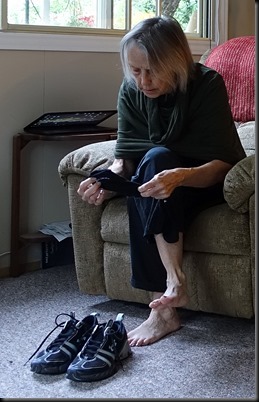 KELLY SUITS UP FOR PHEEBS MORNING WALK……THAT’S KELLY ON THE RIGHT:)) 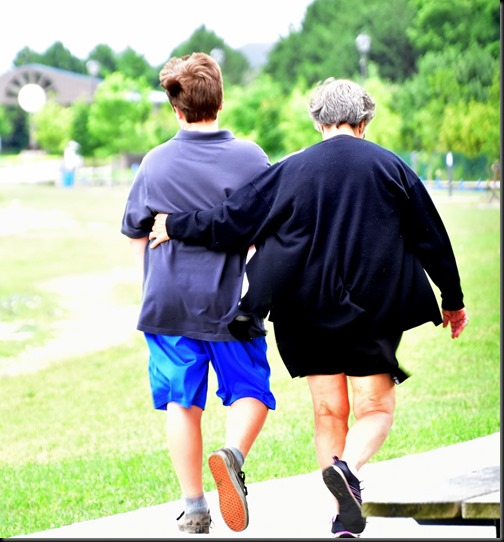 ‘AWWWW COME ON GRAMMA MY FRIEND ARE WATCHING’ 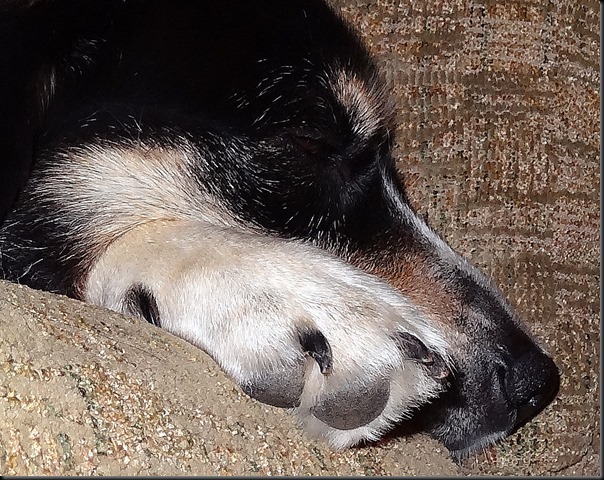 Needing parts and fittings Mike said he would pick them up today and return Tuesday to see if he could re-do the pipe fixtures and have us back in operation again.  Said it’s not going to be an easy job.  Luckily for us we have the Motorhome right outside the door and are able to use the facilities in there.  Without the Motorhome we would really have been up the creek. 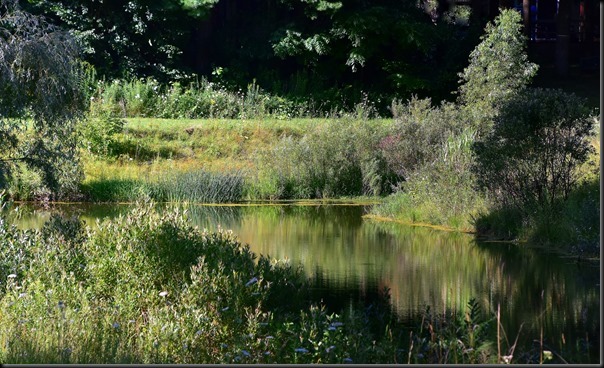 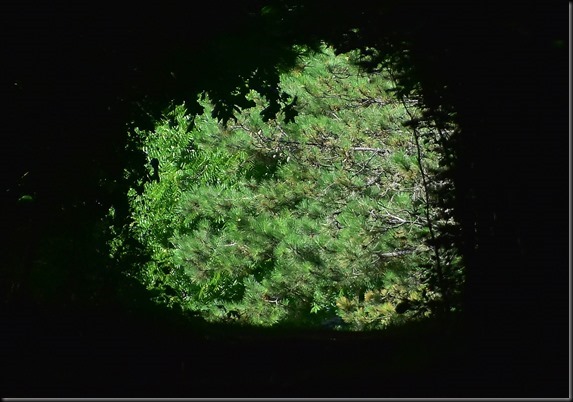 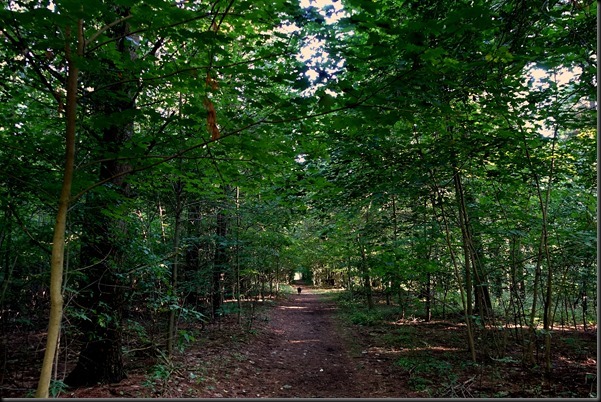 Our day remained dull and overcast right up to about 3 o’clock when things began to brighten up.  Nice to see sunshine spilling through the pine trees again.  Richard came over to have a look at the bent screen door on the Motorhome and I knew if anyone could fix that door it was Richard.  And fix it he did.  Took the door off, took it back to his place, put some magic straightening sauce on it and ‘walla’ he had that door back on the Motorhome in no time flat.  What a guy-what a guy.  Kelly actually took a few Blackberry photos of us. 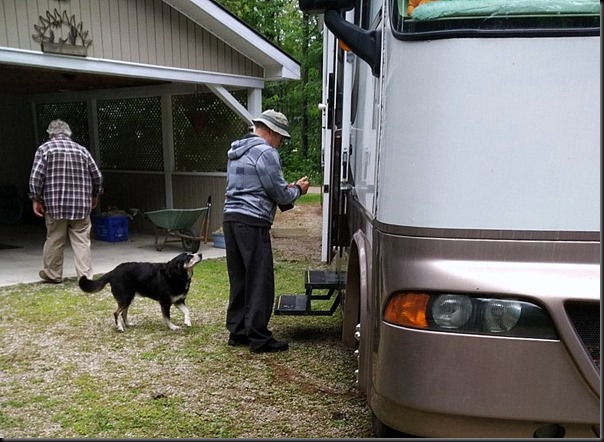 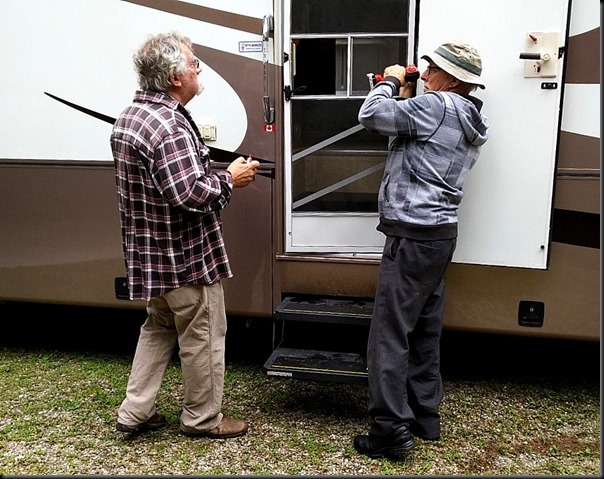 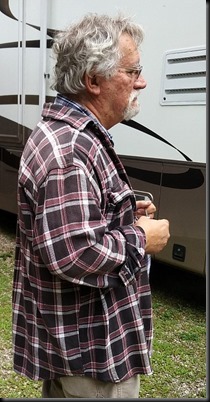 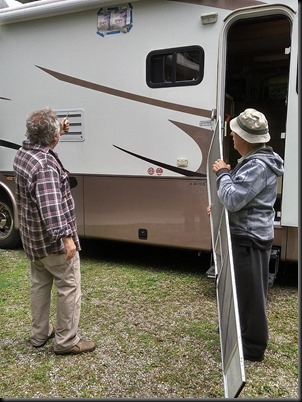 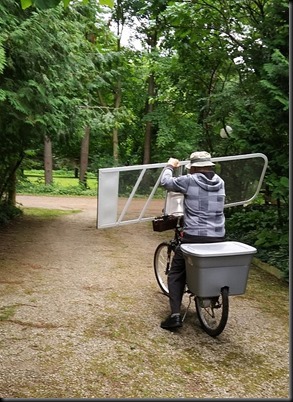 RICHARD MOUNTED HIS NOBLE STEED WITH OUR BENT SCREEN DOOR IN HAND AND HEADED FOR HIS PLACE ABOUT 10 SECONDS AWAY.  HE TELLS ME ON WINDY DAYS HE CAN SOMETIMES GET THAT ELECTRIC BICYCLE OF HIS UP TO 400 MPH

Pheebs and I will try to get out for a quick morning drive before Mike the plumber comes over around 10.  With any luck maybe we can find us a few photos somewhere.  Think it is supposed to be a mixture of sun and cloud around 70F and that’s mighty fine with me 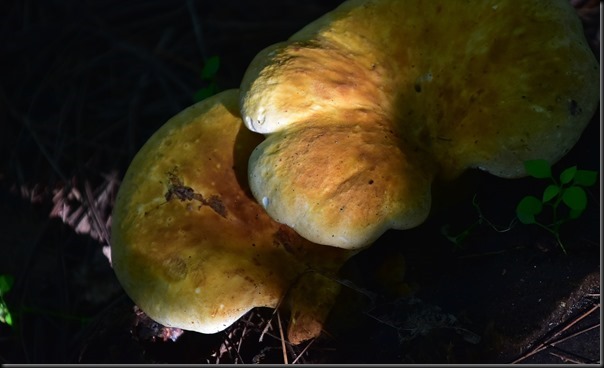 TOASTED MUSHROOMS ON THE FOREST FLOOR

GROANERS CORNER:((  During his physical, the doctor asked the patient about his daily activity level.  His patient described a typical day this way: 'Well, yesterday afternoon, I waded along the edge of a lake, drank eight beers, escaped from wild dogs in the heavy brush, jumped away from an aggressive rattlesnake, marched up and down several rocky hills, stood in a patch of poison ivy, crawled out of quicksand and took four leaks behind big trees.' Inspired by the story, the doctor said, 'You must be one hell of an outdoors man!' 'NAH,' he replied, 'I'm just a crappy golfer.'

“His beard is so thick, when he eats food he mustache some of it away for later.”