CLOUDY DAY TOPPED OFF BY RAIN 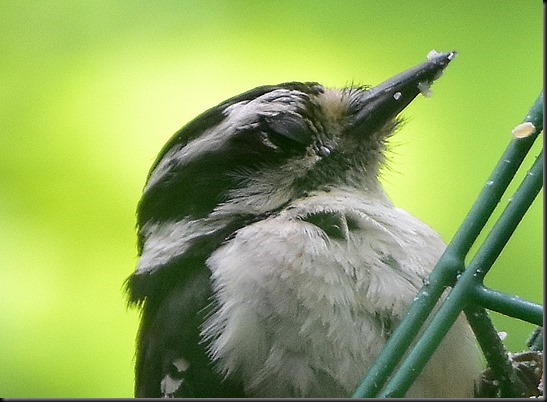 GROANER’S CORNER:(( A pregnant woman gets into a car accident and falls into a deep coma.
Asleep for nearly six months, she wakes up and sees that she is no longer pregnant. Frantically, she asks the doctor about her baby.  The doctor replies, "Ma'am, you had twins! A boy and a girl. The babies are fine. Your brother came in and named them."  The woman thinks to herself, "Oh no, not my brother -- he's an idiot!" Expecting the worst, she asks the doctor, "Well, what's the girl's name?"  "Denise," the doctor says.  The new mother thinks, "Wow, that's not a bad name! Guess I was wrong about my brother. I like Denise!" Then she asks the doctor, "What's the boy's name?"  The doctor replies, DeNephew.