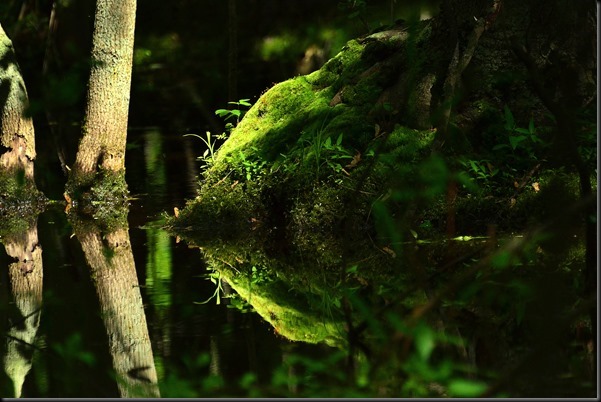 A SWAMPY SECTION IN THE HULLETT MARSH

It was still dark at 5 a.m. when I heard the first birds of the day waking up.  It wasn't the only sound I heard.  Rains had come in the night and I could hear it softly pattering on our metal roof.  After checking the radar weather map I thought there would be no Jeep riding for us guys this morning but rains quit and skies began to clear around 8:30.   That was good enough for us bums and off we went. 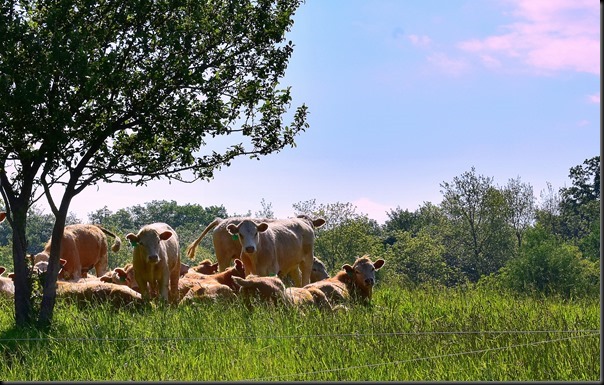 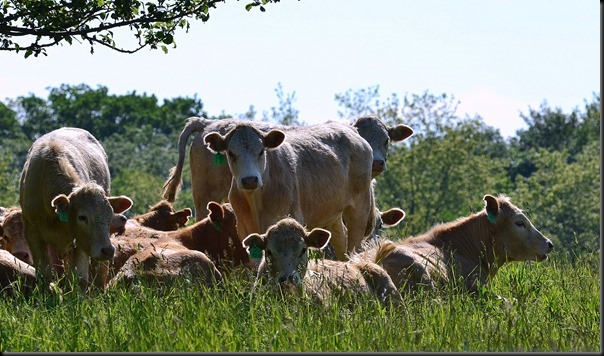 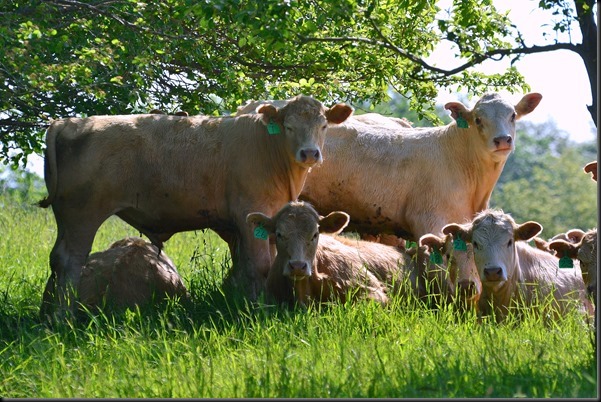 After Saturdays post my objective this morning was to put a lid on any farm machinery photos and due to the fact it was Sunday and fields were still wet from the overnight rain my objective was easily met.  Pheebs and I wandered over to the Hullett Marsh for a bit then cruised a few country roads northeast of Clinton and headed home. 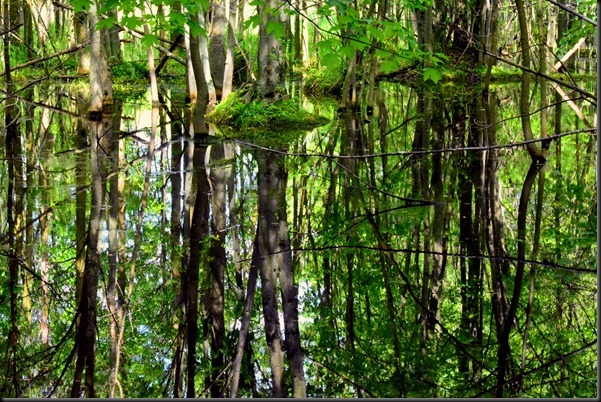 WATER LEVELS ARE HIGH IN THE MARSH 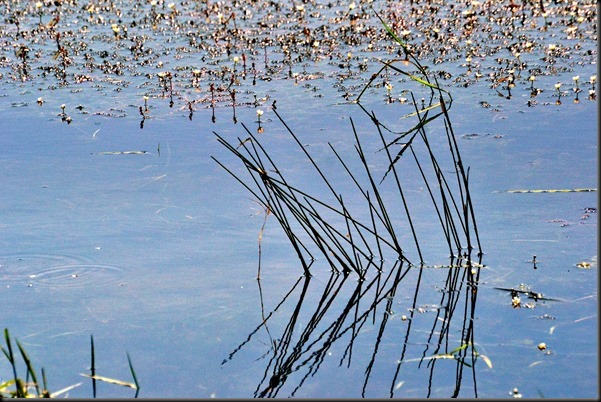 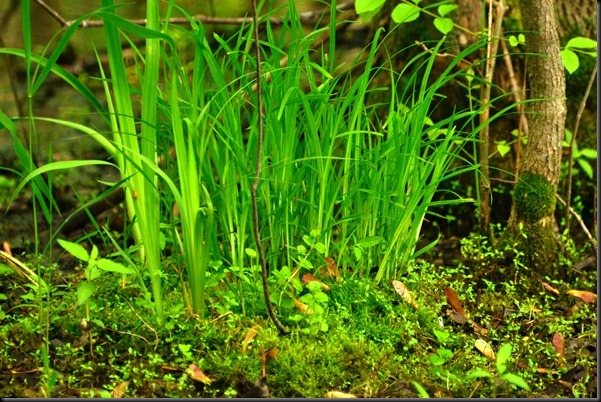 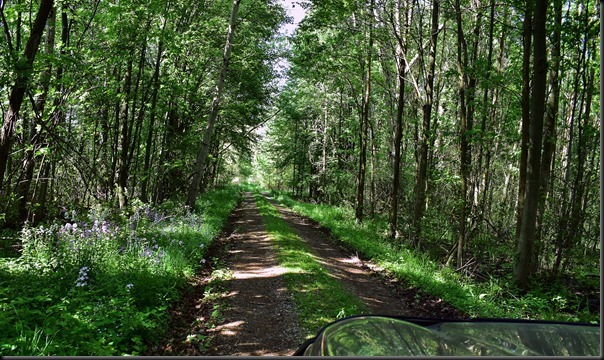 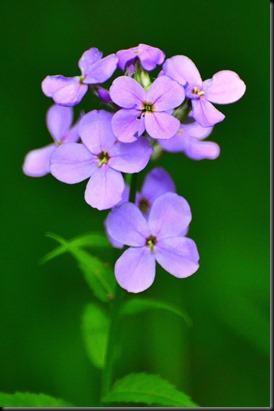 Nearly 25 years ago while working at the Stratford Art Gallery in Stratford Ontario I had access to a JVC video camera and before the modern 'selfies' word was ever coined I began doing some video selfies.  Living by myself I had a very groovy upper floor apartment in an old house located in the city's downtown.  In that apartment with me I had 1 pussycat and 15 Hampsters.   I would occasionally bring the video camera home to tape my Hampsters antics, my apartment, and sometimes me.  Guess you could call it an early form of audio-visual blogging.  Periodically I would set the camera up then sit myself down in my chair, look into the camera and chat away like a newscast about how things were going in my life.  After meeting Kelly in 1993 and we moved to the old farm house near Fullerton Ontario I continued videotaping with a camcorder camera Kelly had.  Been nearly 25 years since I've seen some of those tapes but after coming across a VCR machine in our carport last week I forgot we had I decided to see if I could hook it up to our TV and see if the tapes were still any good.  They were.  I'm still in a slight state of amazement that I was actually able to hook it up and get the right colored wire VCR plugs plugged into the right colored holes in the TV then press exactly the right buttons on the remote a couple dozen times to get the whole connection working right.   I have really been enjoying watching these videos the past couple days.  Me in my apartment before I had even met Kelly.  Our first dog Max as a wee puppy when we first brought him home.  Putting up and decorating an outside Christmas tree beside the farm house in 1998.  Our first Class C RV a 1979 17.5 foot Dodge Centurion, oodles of barn cats, shoveling snow trying to make a path for the oil truck to reach the house, a Christmas dinner at the farm house with Kelly’s kids, Aunt Jean visiting from Florida, my late Mother and the list goes on.  So glad now I took the time years ago to make those many video blurbs.  Watching these videos I can’t help but occasionally chuckle at myself and my way of thinking way back in 1993.  On camera I talked about my ups and downs and life in general.  Guess I was unknowingly setting the stage for something that was to become a big part of my life nearly 15 years later.  Something called ‘Blogging’, a word that had probably not even been invented yet. 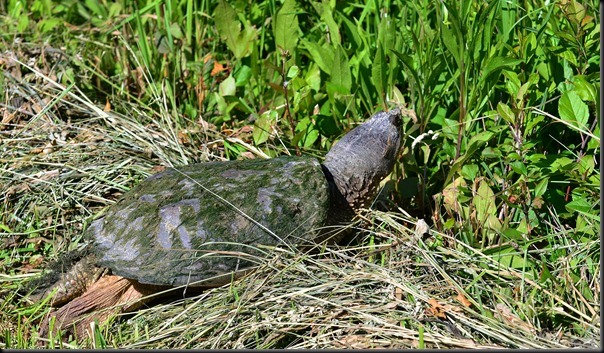 SPOTTED THIS YOUNG SNAPPING TURTLE IN THE MARSH 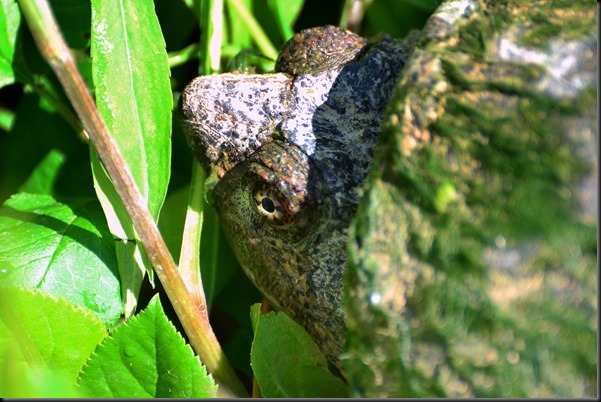 Put the last cement patio block down this afternoon and it was good I didn’t have any more to put in.  Overnight rains ushered in warmer temperatures dragging with them sticky humidity.  My cooler perfect weather balance tipped over to the unpleasant side.  No need for A/C yet but I had my fans cranked. 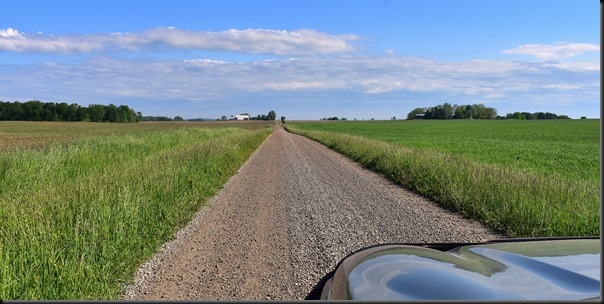 Lunch today was a 3 egg cheese, ham, and onion omelet and by cracky I even remembered to put the eggs in this time.  Supper was cream corn right out of the can and half a dozen breaded chicken strips done in the oven.  And toast.  Liberty lemon yogurt for dessert.  We’re doin good:)) 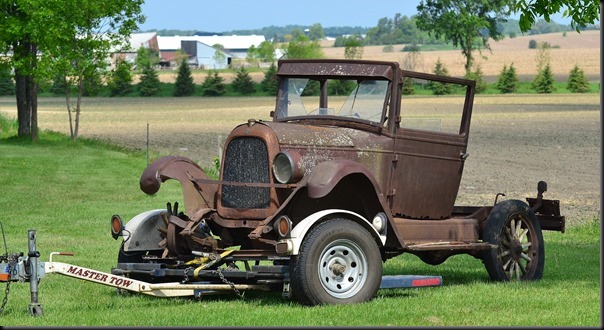 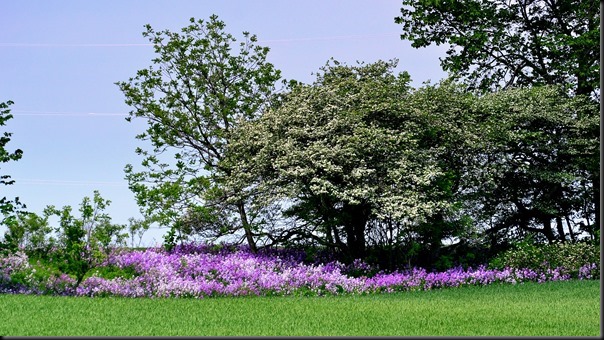 The reason the Shout Box hasn’t been working these past number of days is due to the fact the site does not exist anymore.  The originators have shut it down.  But not to worry, Kelly is diligently working on trying to set up another one.  We do like the Shout Box concept in that it gives folks and alternative way to comment or communicate. 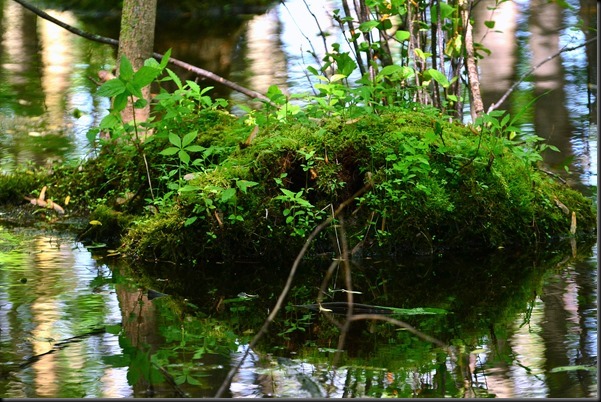 GROANER'S CORNER:((  These two guys were approaching the first tee. The first guy goes into his golf bag to get a ball and says to his friend, "Hey, why don't you try this ball?" He draws a green golf ball out of his bag. "You can't lose it." His friend replies, "What do you mean you can't lose it?!" The first man replies, "I'm serious, you can't lose it. If you hit it into the woods, it makes a beeping sound, if you hit it into the water it produces bubbles, and if you hit it on the fairway, smoke comes up in order for you to find it." Obviously, his friend doesn't believe him, but he shows him all the possibilities until he is convinced. The friend says, "Wow! That's incredible! Where did you get that ball?!" The man replies, "I found it."

Thank you for calling 911. All of our operators are currently busy. Please stay on the line, and your call will be answered in the order it was received. (Worst Muzak possible.) Thank you for holding. Your call is important to us. Please continue to hold. Or, if your little emergency isn't too serious, leave a message at the tone, and one of our crisis operators will call you back. Have a nice day.