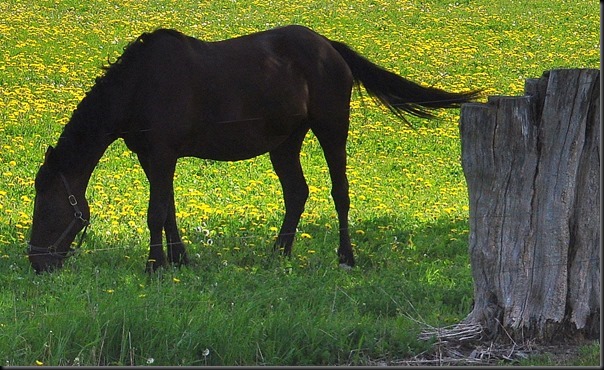 Rains came in the night and stayed all day making it too wet to do anything outside.  I tried reading for awhile early on but tired of that so loaded up Pheebs and we took a drive into Bayfield.  Not much going on anywhere and I soon tired of that as well and we were soon back home again.

ONLY BEACH GOWER WAS A LADY WALKING HER DOG THIS MORNING

A LOT OF NICE HOMES AND PROPERTIES IN BAYFIELD 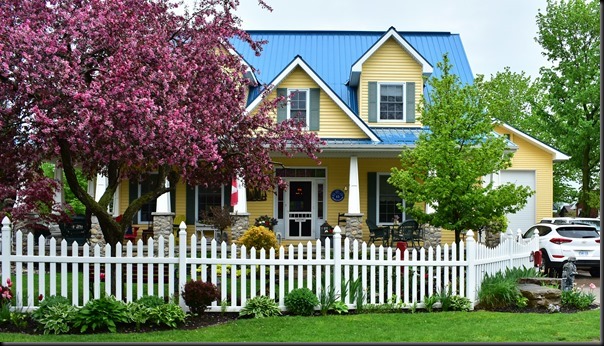 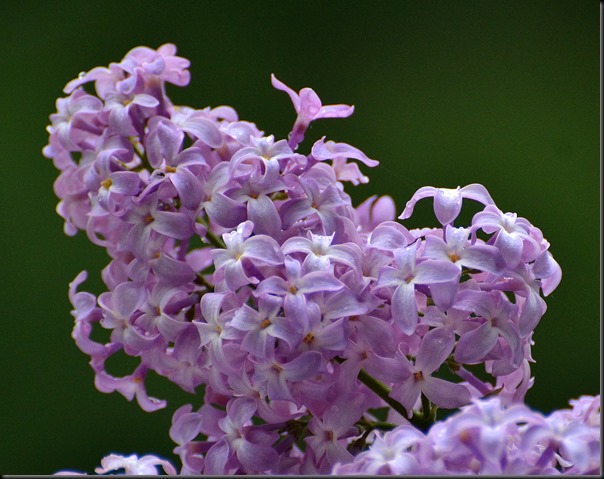 I WAS CURIOUS ABOUT ALL THESE POSTS PUT IN THE GROUND A COUPLE DAYS AGO ON A FARM BETWEEN OUR PLACE AND BAYFIELD….TURNS OUT THEY WILL BE GROWING HOPS HERE AT HURON COUNTY AND BAYFIELD’S FIRST FARM BASED BREWERY….RIVER ROAD BREWING CO.

Couldn’t help but feel sorry for the Bayfield Merchants who’s business survival depends on warm sunny days through late Spring, Summer, and early Fall.  Already with this Springs cold and wet some of them if not many of them will be hurting from a lack of customers.  I drove down main street this morning and didn’t see a sole.  Normally one would have trouble finding a parking spot on a week-end but I could have counted the number of cars on my fingers and toes.  Of course I would have had to take my shoes and socks off to do that but I think you get my drift.  And not a single sailboat on the lake and only one bundled up lady on the beach walking her dog.  Not cold but had it been a sunny morning Bayfield’s main street would have been teeming with people on this May 24th long week-end.  And for sure there would have been sailboats offshore plying the sparkling clear waters of Lake Huron.

THIS IS A VIEW OF GRAND BEND’S FORLORN BEACH THIS AFTERNOON….NORMALLY THAT BEACH IS PACKED FULL OF PEOPLE (MOSTLY TEEN-AGERS) ON A LONG WEEK-END 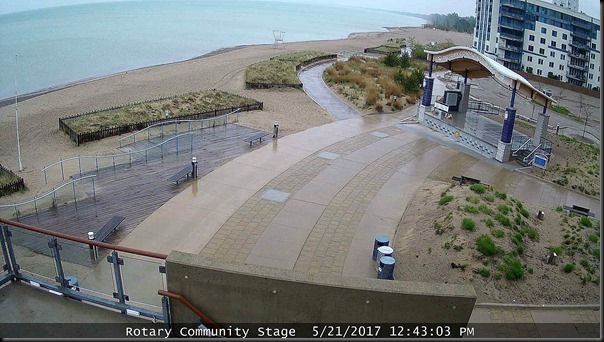 Most of my time today was simply spent in my favorite corner of the sunroom reading and that was about it but here’s something interesting regarding Kelly.  Seven years ago Smucker's stopped selling Jif peanut butter in Canada due to slow sales.  Kelly, a big Jif peanut butter fan started a Facebook page after that in an effort to stir enough interest in fellow Canadian Jif fans to bring the peanut butter back to Canada.  The name of Kelly’s Facebook page is, ‘Canadians hoping to keep JIF Peanut Butter in Canada !!’ and just today it was announced on CBC (Canadian Broadcasting Corporation) news that, 'Overwhelming Consumer Passion' brings Jif peanut butter back to Canada.  Smucker's ends 7-year drought after social media campaign’.  In the article a reference is made to ‘a Facebook group’ which is Kelly’s and since the CBC Jif write-up Kelly’s Facebook page has been going bonkers with member requests to join her site:))

GROANER’S CORNER:(( There were two lovers, who were really into spiritualism and reincarnation. They vowed that if either died, the other one remaining would try to contact the partner in the other world exactly 30 days after their death.Unfortunately, a few weeks later, the young man died in a car wreck. True to her word, his sweetheart tried to contact him in the spirit world exactly 30 days later. At the seance, she called out, "John, John, this is Martha. Do you hear me?" A ghostly voice answered her, "Yes Martha, this is John. I can hear you."
Martha tearfully asked, "Oh John, what is it like where you are?"  "It's beautiful. There are azure skies, a soft breeze, sunshine most of the time."
"What do you do all day?" asked Martha.  "Well, Martha, we get up before sunrise, eat some good breakfast, and there's nothing but making love until noon. After lunch, we nap until two and then make love again until about five. After dinner, we do it all over again until we fall asleep about 11 p.m."  Martha was somewhat taken aback. "Is that what heaven really is like?"
"Heaven? I'm not in heaven, Martha."  "Well, then, where are you?"  "I'm a rabbit in Arizona."

A child comes home from his first day at school. His Mother asks, "Well, what did you learn today?"  The kid replies, "Not enough. They want me to come back tomorrow."

“A quarter-acre of undeveloped land may not seem like much to some people, but to me it's a lot.”