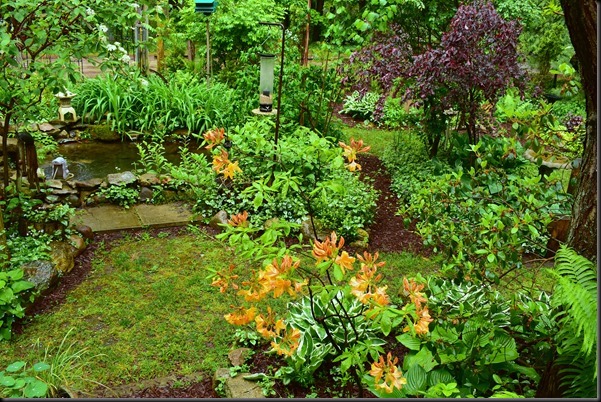 With Kelly in Spencerport NY it was a slightly different routine at our house this morning.  Coffee didn’t come to me so I had to go to it.  I have a little 2 cup coffee maker that I sometimes use and will be using for the next couple weeks.  I pre-set it at night with filter, coffee, and water so only have to flick the switch on in the morning.  I only ever make 1 cup and it’s de-calf.  Coffee out of the way I next whupped up my morning shake. 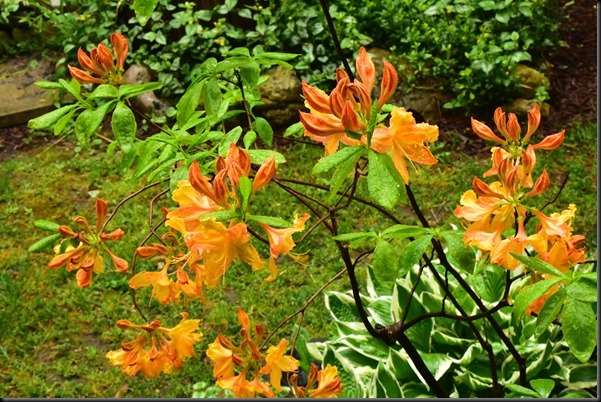 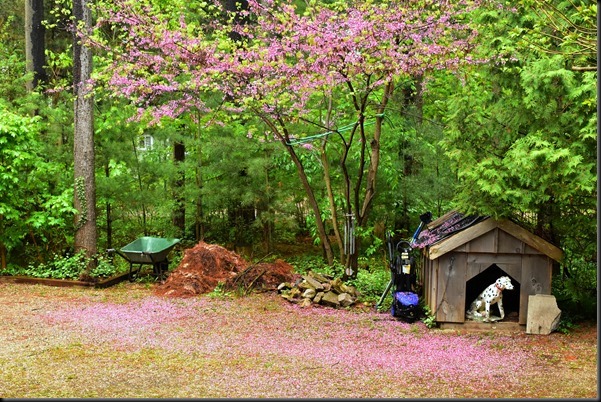 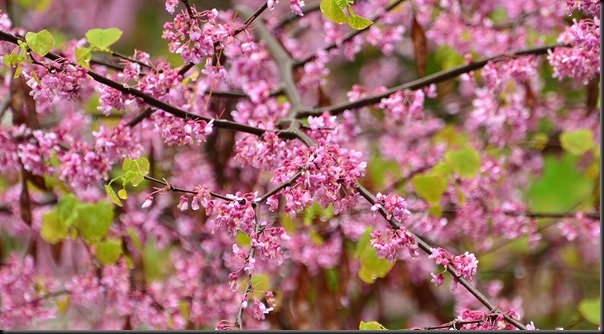 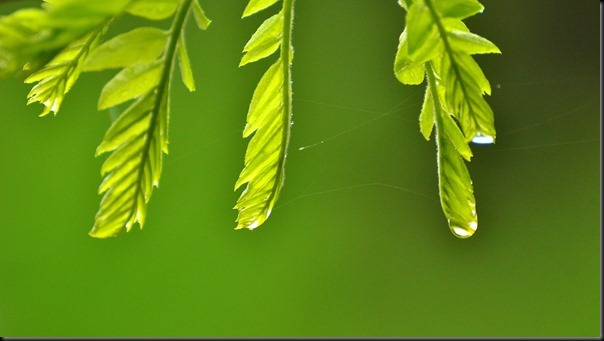 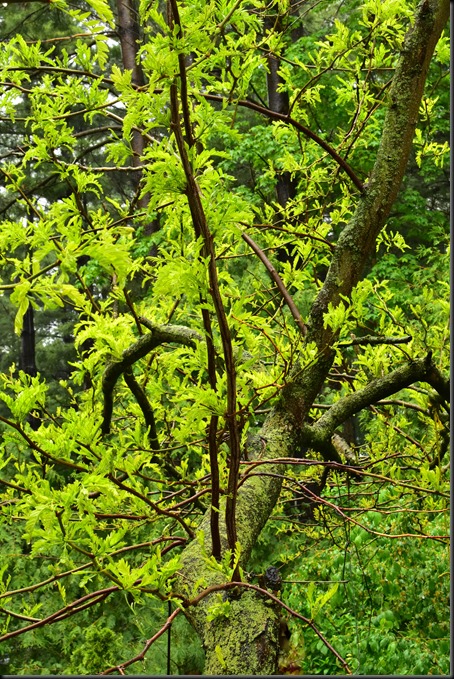 OUR SUNBURST LOCUST IS LEAFING OUT NICELY

Dodging between rain showers I took Pheebs for a walk around the Pine tree trail about 9 and an hour later had an early lunch when I fired up the stove and made us a 3 egg sausage and cheese omelet with some celery thrown in.  And it was a mighty fine omelet too.  Still drizzling rain so there was no point in scrambling the Jeep to go anywhere.  As it turns out it rained for the whole day. 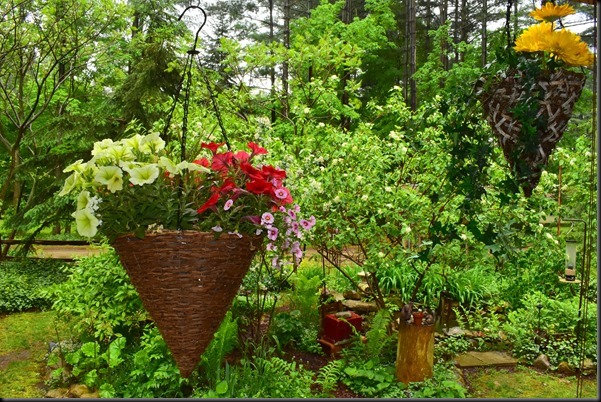 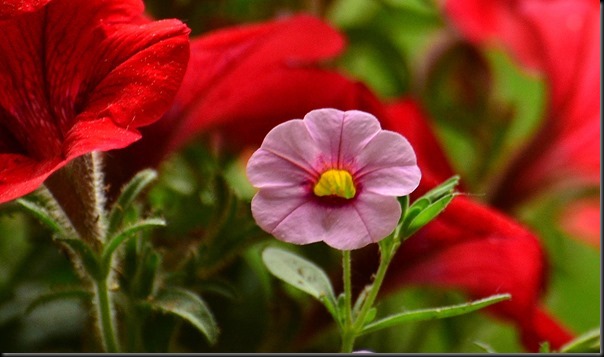 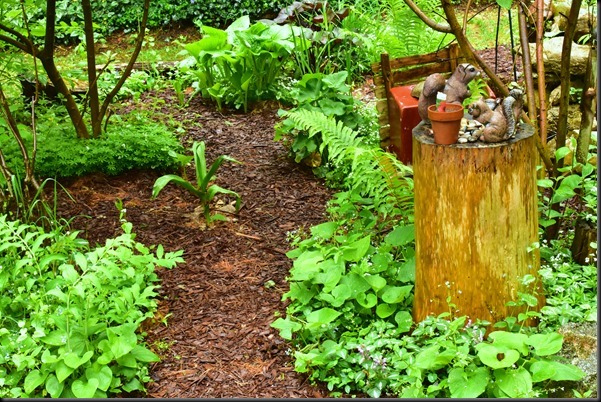 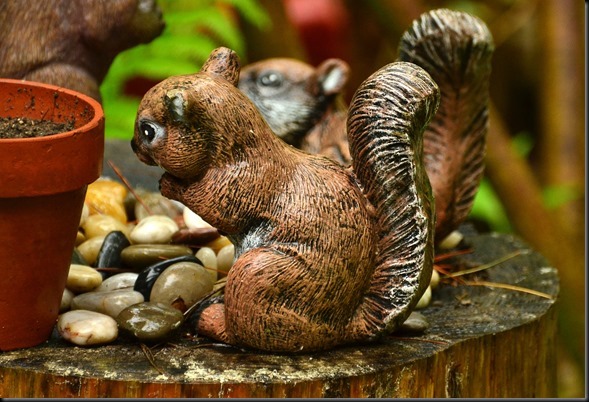 Kelly opened the big box with all the camera equipment in it and took a few photos with her Blackberry.  Yep I’m still pretty excited alright.  In the donor’s email they said, “you could trade these lenses or camera away for other equipment you’d like (perhaps through the local camera shop”)….Well I’ve been doing a lot of thinking about this and researching additional Nikon lens information.  I will definitely keep the Nikon D7200 and Sony RX100 cameras.  The 2 Nikkor lenses are close to what I already have so here’s what I am thinking about doing.  For over 10 years now I have had to carry 2 bulky DSLR cameras and lenses around to cover the distance spectrum from 18mm to 300mm.  One lens from 18 to 55mm and the other lens from 70-300 millimeters.  For a long time I have always wanted a macro lens for extreme close-ups but they have always been way to pricey for me.  While on-line looking at macro lenses I suddenly remembered Nikon makes a Nikkor 18 to 300 millimeter all in one lens with the bonus being it also has macro capabilities.  Aha a light bulb snapped on.  If I were to trade in or sell the two Nikkor lenses that  have been given to me plus my 70 to 300 lens I already have I could get myself down to carrying only one camera and one lens.  Less weight and less bulk.  Wow how much easier and convenient would that be for me.  The newer and lighter NIKKOR 18-300 lens is the way I am leaning at the moment.  Also if I were to sell my Nikon D3100 camera that would still leave me with my D3400 and the bigger and better new to me D7200.  Decisions, decisions………. 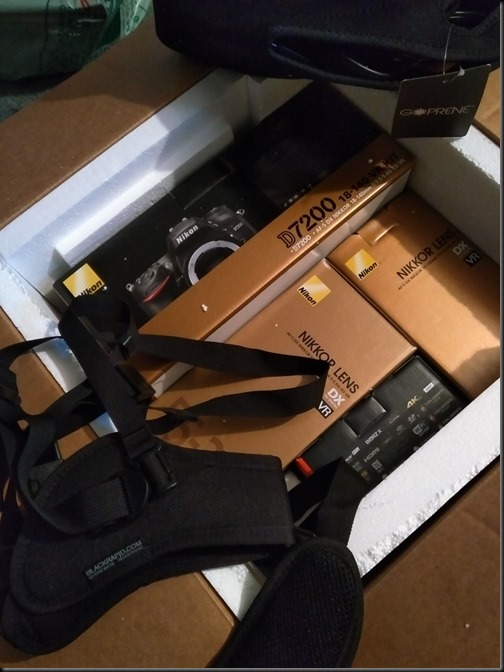 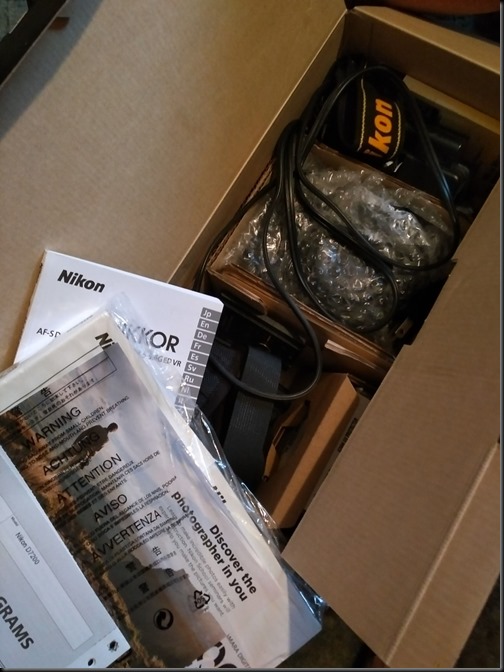 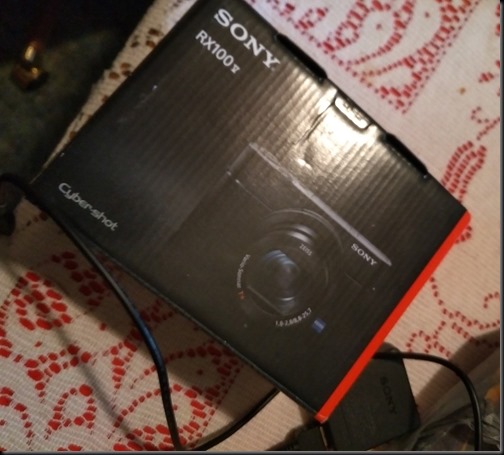 For supper tonight we plan to grill us a Calimari with chimmicuri marinade, roasted garlic, fennel polen sea salt, moroccan olives, cherry tomato salsa, and topped with a lemon mayonaisse.    Might have us side of roated apple chutney as well.  For dessert we will do a Poached Pear Pot Au Creme.’  And a fine drink with this wondrous meal??  Well a big glass of cold skim milk of course.  And if you believe any of this I’ve got a bridge for sale in Brooklyn for ya too:)) 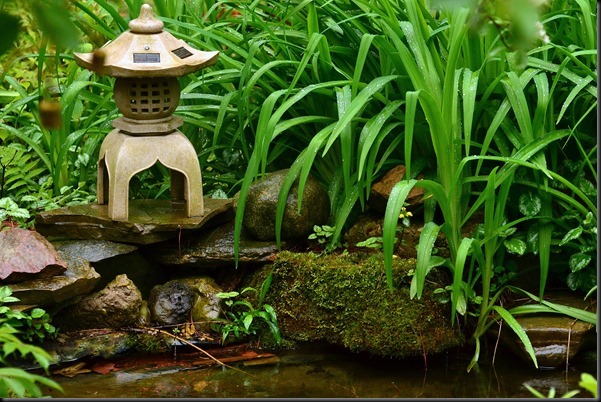 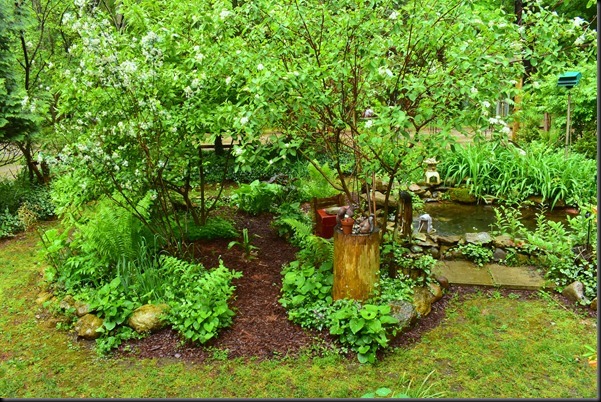 Okay for our real supper tonight I rustled us up a bowl of chicken soup laced with a few boiled potatoes I found in the fridge.  Followed that with a roast beef sandwich and a big glass of cold skim milk.  For dessert I thought I’d try something different for a change so had myself a peanut butter and honey sandwich.  Yes indeed cooking is my specialty alright. 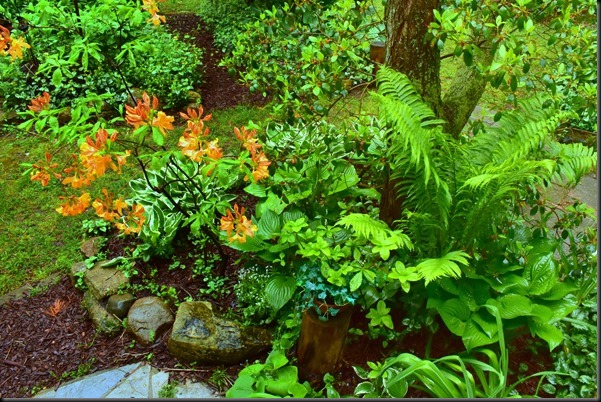 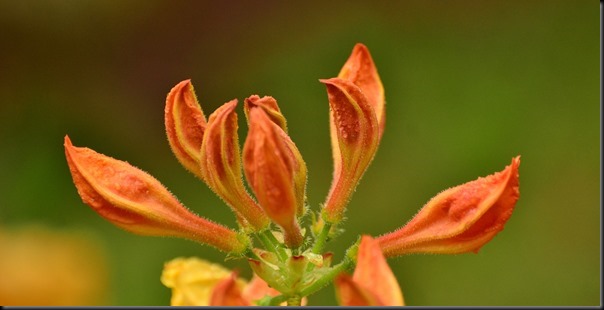 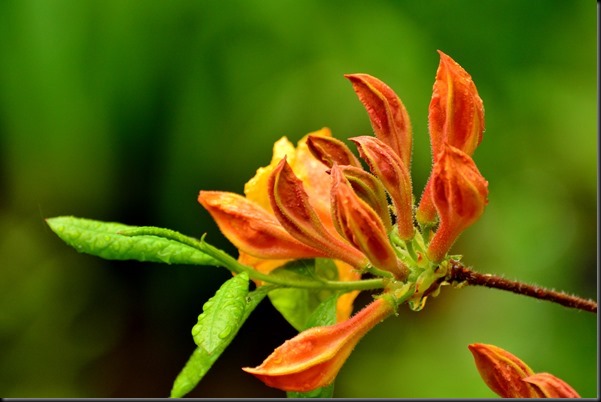 With the days non stop rain I did a lot of reading today, bonked around on the computer and watched a bit of TV.  It was simply one of those days for staying in the house and I felt Okay about doing that.  Spent a fair bit of time in my recliner dozing with Pheebs on my lap doing the same.  I can tell she is missing Kelly because she has been following me around like a little lost shadow. 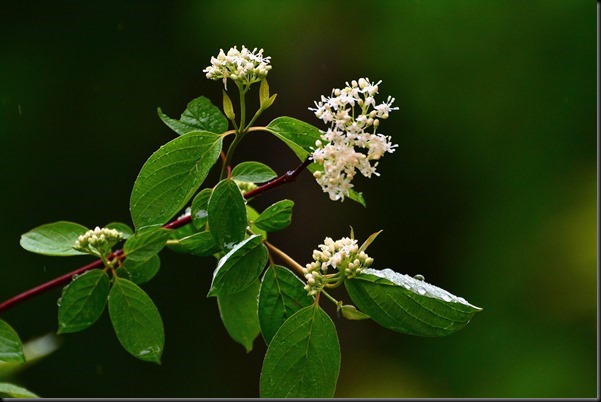 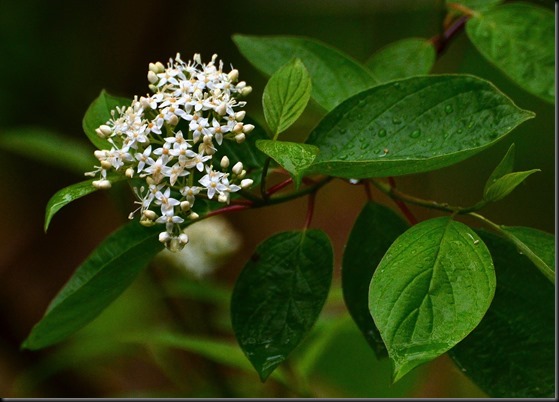 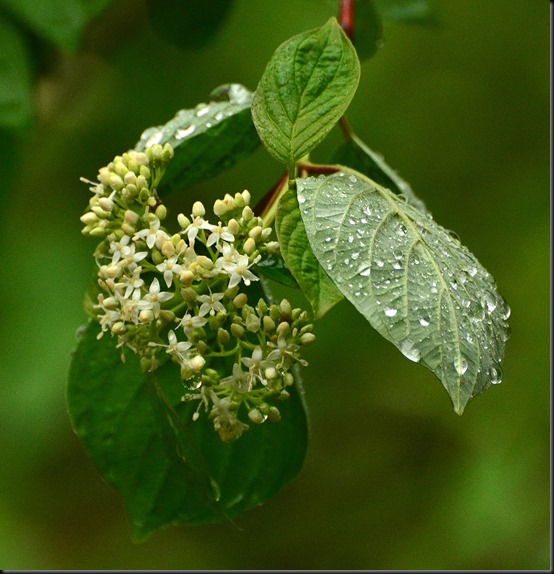 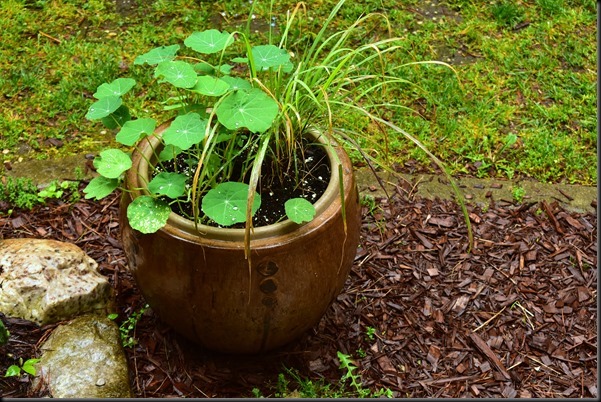 A nice story over at RV’s Sues camp near Twin Falls Idaho this week.  Here’s the beginning of Sue’s story…… Reggie and Homeless Dog: 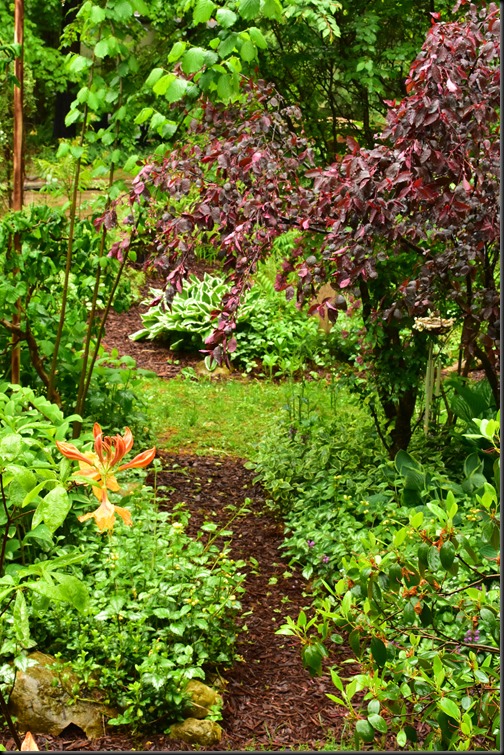 A FOOT PATH THROUGH OUR JUNGLE

A truck driver was driving along on the freeway. A sign comes up that reads "low bridge ahead." Before he knows it the bridge is right ahead of him and he gets stuck under the bridge.
Cars are backed up for miles. Finally, a police car comes up. The cop gets out of his car and walks around to the truck driver, puts his hands on his hips and says, "Got stuck, huh?" The truck driver says, "No, I was delivering this bridge and ran out of gas."