KELLY SURVIVED HER ENDOSCOPY THIS MORNING AND SAID IT WAS NO PROBLEM AT ALL:)) 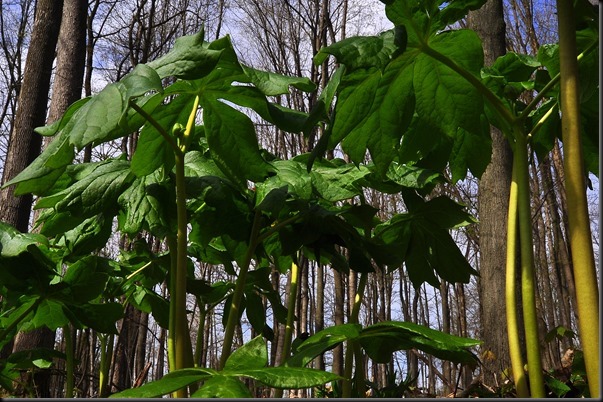 Unlike our drive to London a few days ago we made the journey there and back today in warm sunshine as opposed to cold rain.  Never took any photos but very much enjoyed the lush Spring scenery along the way. 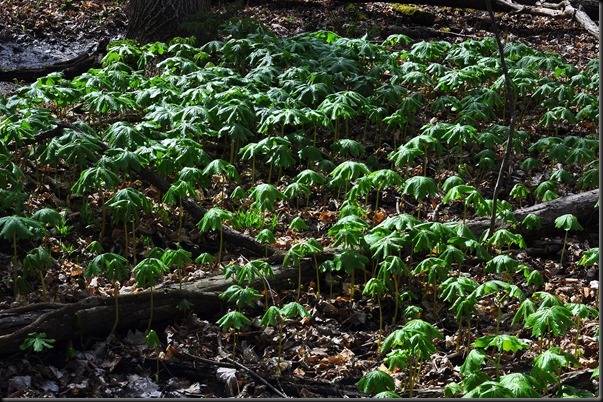 MAYAPPLES ON THE FOREST FLOOR

We were on the road shortly after 8 a.m. and an hour or so later I dropped Kelly off at University Hospital’s main door.  We were plenty early and as luck would have it they took her in for her endoscopy procedure early as well. 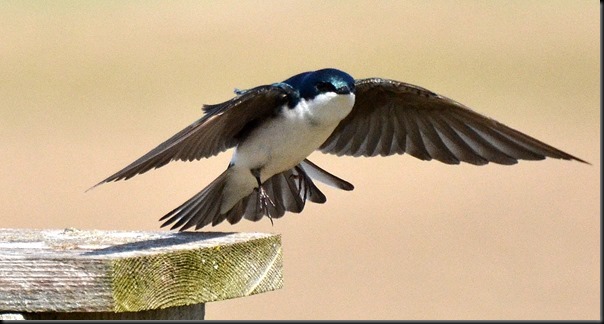 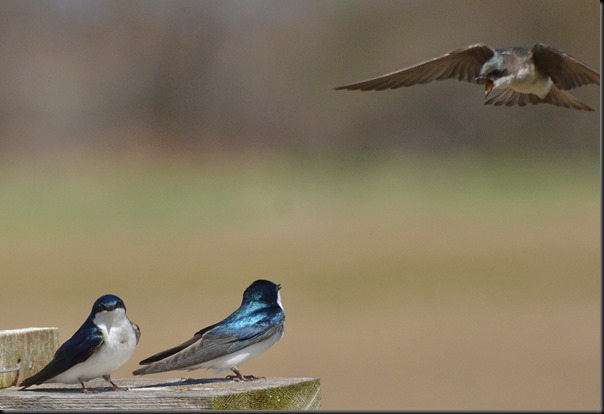 I had a few stores over in and near Masonville Mall I wanted to bang around in for awhile so between that and relaxing under a shady tree in the Mall’s parking lot reading my Kindle I was quite content to wait for the cell phone to ring and ring it did about 11:30 much earlier than anticipated.  Zipped over to the hospital right away and luckily found a parking spot right outside the main door.  Minutes later I met Kelly in the lobby near the elevators and we were off. 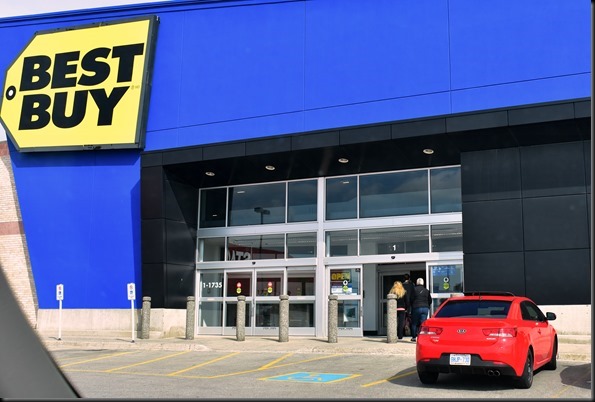 She said there was nothing to the endoscopy and remembers none of it.  That’s a big change from when I had an endoscopy in the same hospital nearly 40 years ago.  I still remember to this day how unpleasant the choking was.  Some things were found in Kelly’s stomach, several biopsies were taken, and a new medicine has been prescribed.  They are also setting up an additional abdominal ultra-scan for her and will call with an appointment date. 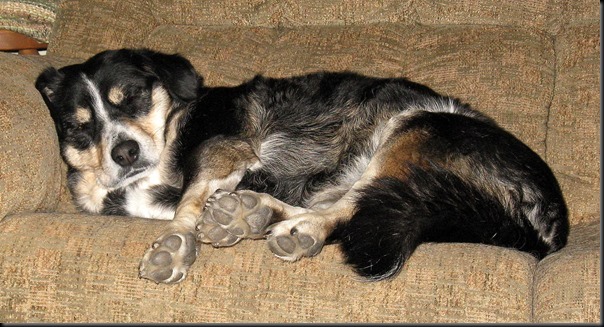 QUEEN OF THE COUCH 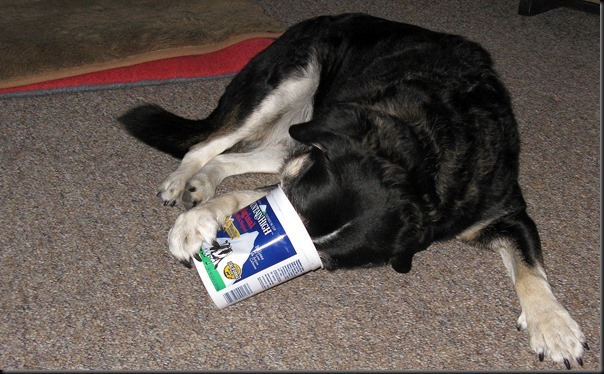 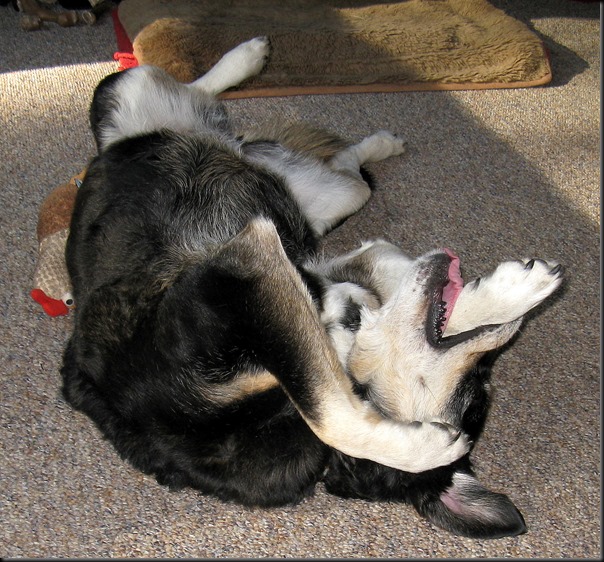 HERE’S PHEEBS WASHING HER PAWS A COUPLE DAYS AGO 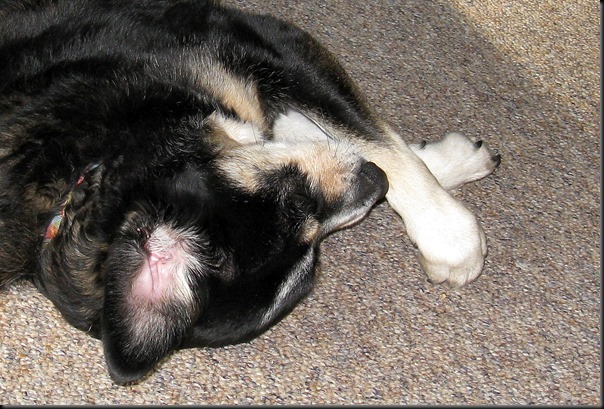 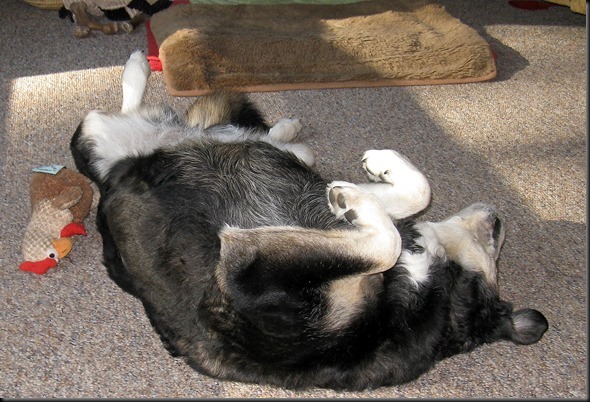 Missing out on her morning coffee at home this morning Kelly was in dire need of a brew so we headed straight away to McDonalds near Masonville Mall where she grabbed herself a large McCafe’.  From McD’s we popped over to one of her favorite stores nearby, ‘Winners’.  From there it was off for home where a very excitedly happy little dog was patiently waiting for us.  It was shortly after 2 p.m.  And that pretty well sums up our day. 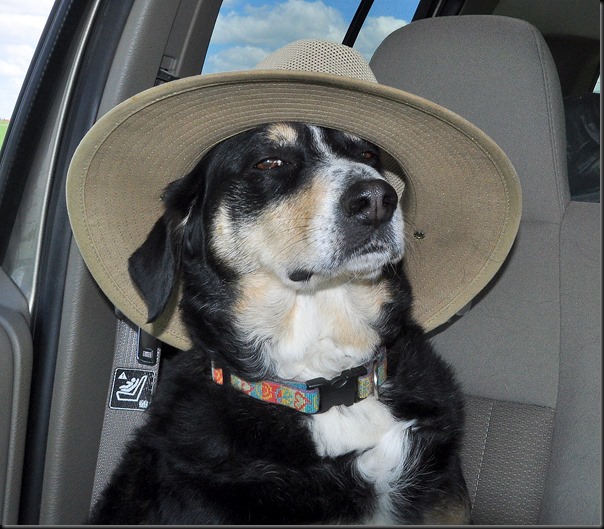 GOT MY DAD’S HAT ON SO YA BETTER NOT MESS WITH ME!! 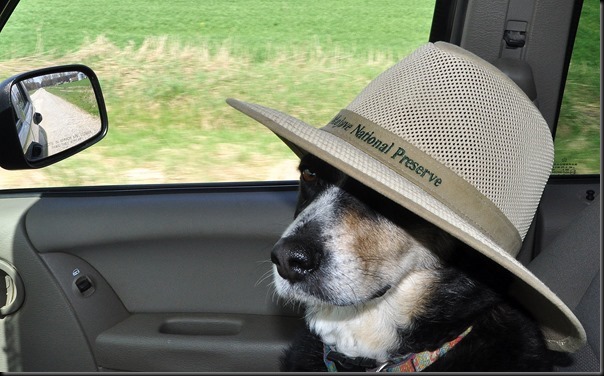 Here’s something I’m a little surprised about.  We’ve been home nearly 2 months already and not once have I felt that gnawing hitch-itch (urge to hitch up the Jeep and hit the road) of mine stirring.  It’s actually a pleasant relief for a change and as long as it stays away but returns sometime next September or October I’m thinking I will probably be alright with that.  In the first bunch of traveling RV years I’d only be home a few weeks before that darn hitch-itch would set in making for a restless summer.  I’ve been aware of changes going on in my mind this past year and that is just one of them……………. 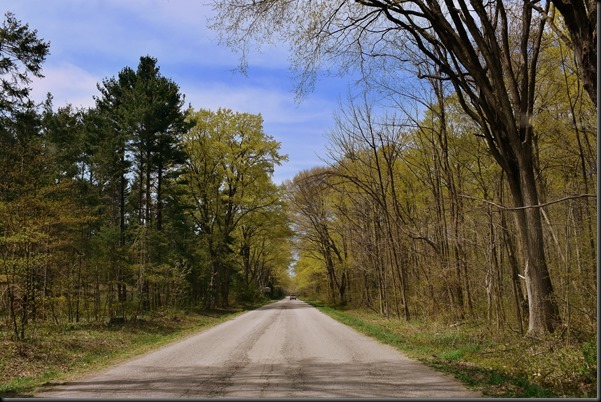 GROANER’S CORNER:(( While driving down the road the motorist saw a roadside stand which had a fortune teller sitting under an umbrella. She was just sitting there smiling and laughing. The motorist passed on by and went a couple of miles on down the road. All of a sudden he spun his car around and sped back toward the fortune teller. As he got closer to the still laughing fortune teller he began to slow down. He pulled up next to the woman and jumped out of his car and suddenly began slapping and beating her.
A policeman passing by screeched to a stop and wrestled the man to the ground. After cuffing the man he stood him up and asked him, "What do you think you're doing?" After a moment the man replied, ... "Well, I've always wanted to strike a happy medium."

A German tourist asks a Mexican if they have any Jews in Mexico. The Mexican says, “Sí, we have orange jews, apple jews, and grape jews!”

Q: Did you know that they had automobiles in Jesus’ time?………..A: Yes, the Bible says that the disciples were all of one Accord.