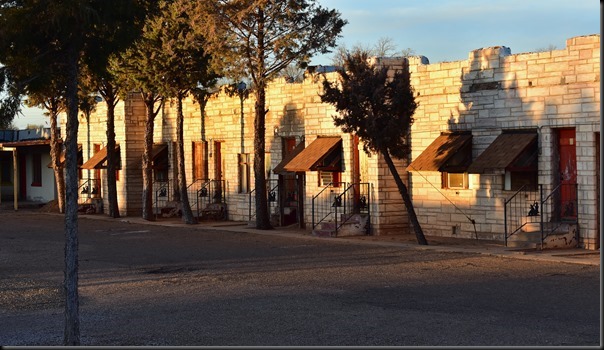 It was 6:40 a.m. Arizona time when a big old southwest wind blew us out of the Cactus RV Park in Tucumcari New Mexico and pushed us all the way up highway 54 to Pratt Kansas today.  One of the best sustained tail winds we’ve had for awhile. 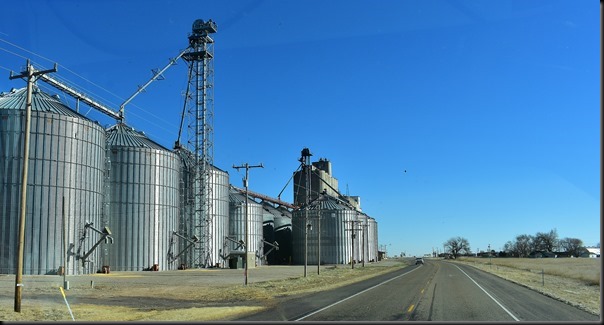 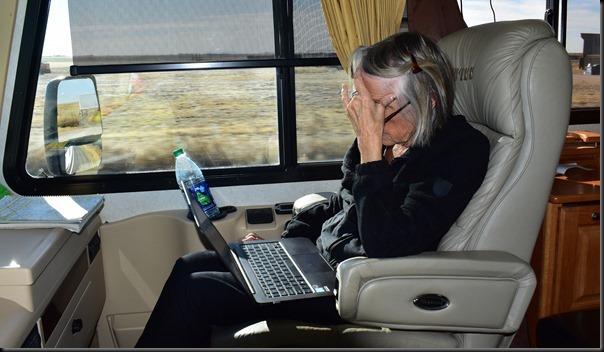 KELLY LIKES TO READ THE  DAY’S NEWS ON HER COMPUTER…..ME??  I’VE QUIT LISTENING TO OR WATCHING NEWS ALTOGETHER!! 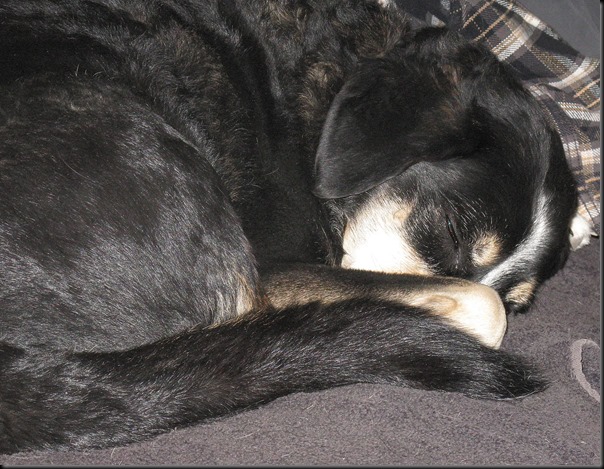 SOME TRAVEL DAYS ARE JUST NOT AS EXCITING AS OTHERS

Not a whole lot to write about tonight we just kept plugging away up highway 54 through places like Logan New Mexico, Dalhart and Stratford Texas, Guymon and Hooker Oklahoma and Liberal and Pratt Kansas.  That makes 4 States we traveled through.  Pratt is where this post is coming to you from.  We are at a very windy but most welcome Walmart as you may have guessed.  Just as the Walmart in Socorro two nights ago we are hanging out near all the Spring garden supplies in the parking lot.  And it’s even warmer here in Pratt Kansas to today than it was in Tucumcari New Mexico Thursday.  I think just under 70F maybe.  Groovy:)) 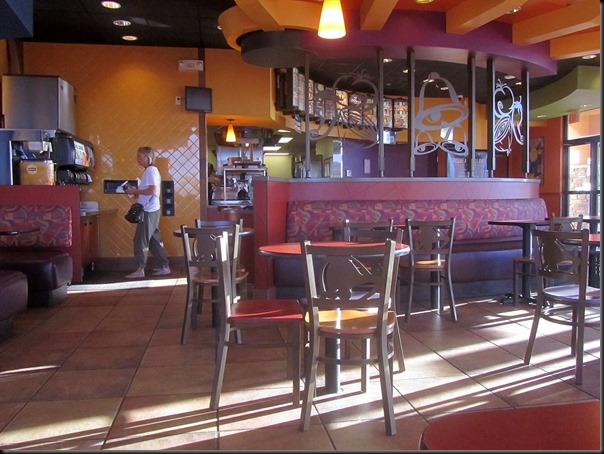 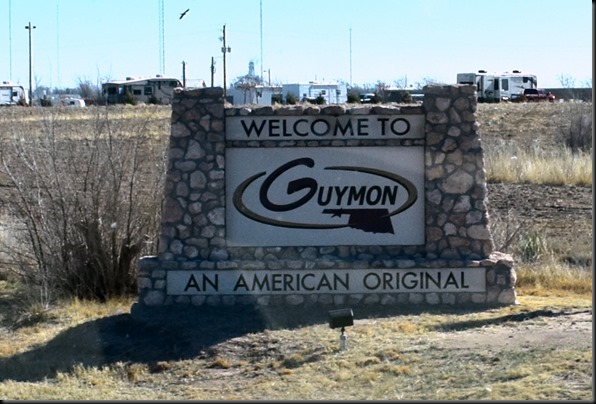 HEY PAT I BET YOU RECOGNIZE THIS PLACE 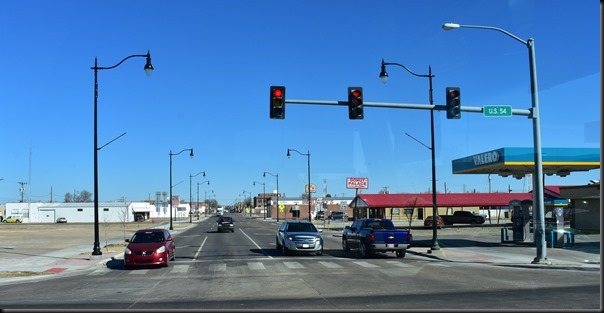 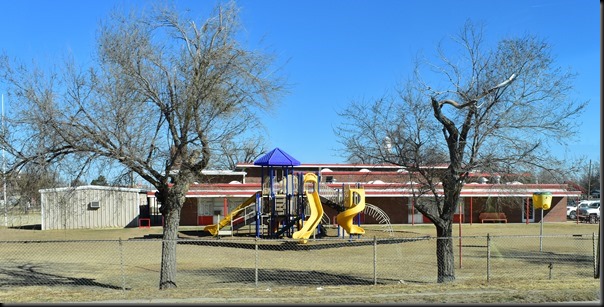 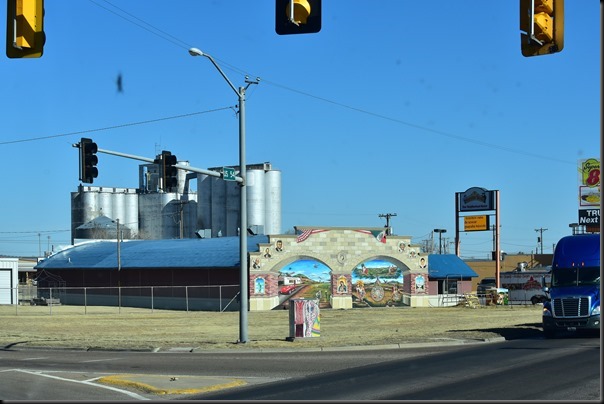 Thought about the late Rod Ivers today as we traveled along highway 54.  This is the route Rod liked to use when driving his Motorhome between Olathe (Kansas City) and Mesa I think it was where he had a house.  A person thinks of a lot of things on long driving journeys. 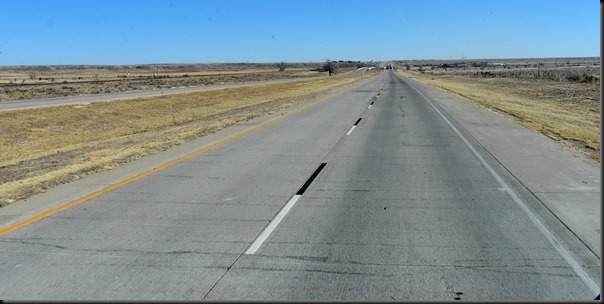 THIS PHOTO PRETTY MUCH SUMS UP OUR DRIVE TODAY 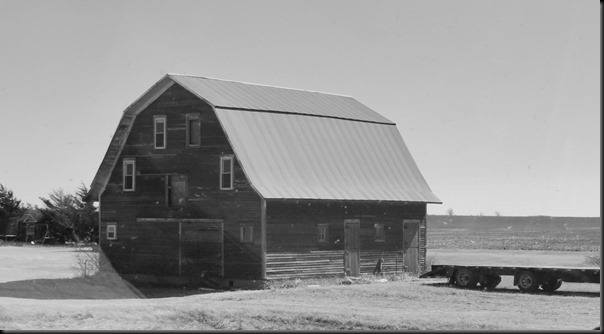 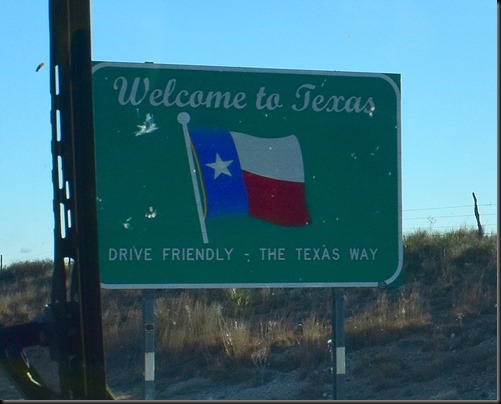 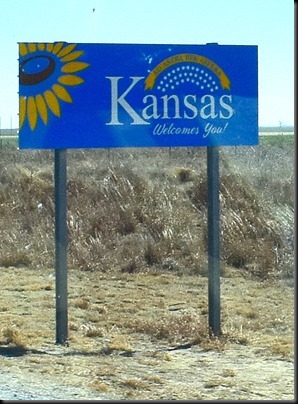 After some discussion we opted to stay on the same route we used last year as opposed to maybe sliding over through Wichita Kansas and up to Topeka then picking our way northeast from there.  From here it’s pretty much a straight shot north to I-80 then another straight shot  east to the other side of Chicago before bearing northeast again to the border in Port Huron.  And it’s mainly interstate driving without a bunch of little slow down stop and go towns along the way. 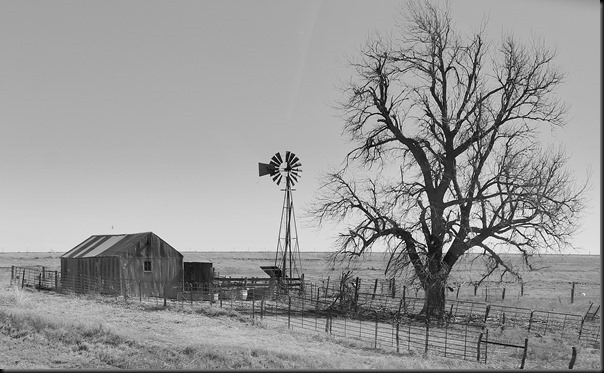 GROANER’S CORNER:((  Police officer pulled this guy over for speeding and told him that his eyes were bloodshot, and asked him if he'd been drinking. The guy said "Your eyes are glazed, have you been eating donuts?"

What do you call 50 politicians buried up to their necks in cement? Not enough cement.

Confucius say: Man who want pretty nurse, must be patient.

What do you call a woman with one leg shorter than the other? ……… Eileen

A daughter asks her mother, “What are character qualities that I should look for in a marriage partner? You know, for someone that I will be spending eternity with." The mother replied, ”Go ask your father, he did better than I did.”