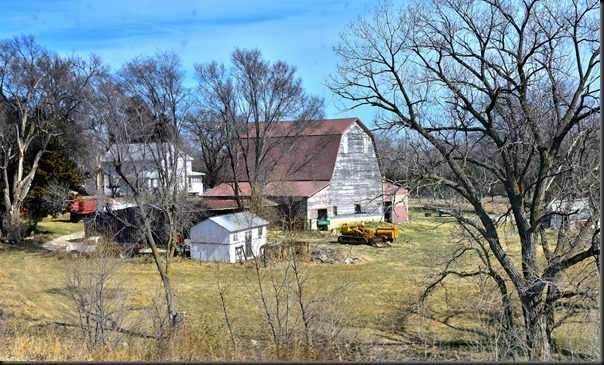 Went through a time change somewhere Friday so we are now only an hour behind our Ontario time.  We rolled out of Walmart in Pratt Kansas about 7:30, picked up I-35 heading north a block away and off we went.  And yes indeed how nice to have the wind behind us again.

SO NICE TO SEE RIVERS, CREEKS, AND PONDS WITH WATER IN THEM

SURE IS FLAT OUT HERE

Not a lot of tall vegetation in this part of Kansas as we traversed mainly flat lands and gentle rolling hills.  Although the plains have a beauty all their own I don’t think I would like living out there.  We northerners like our trees too much. 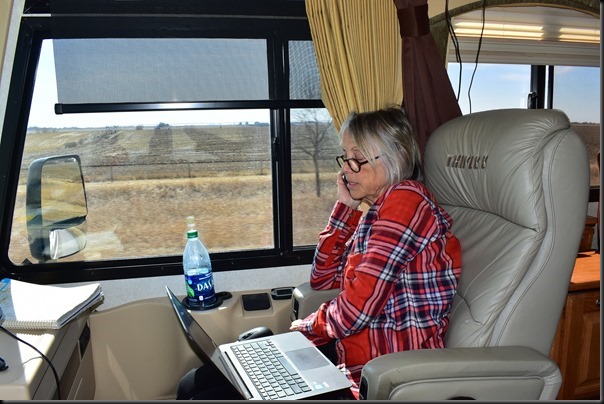 OUR ACE NAVIGATOR IS ALMOST ALWAYS ON THE BALL

Not wanting to have to do Chicago on a week day my goal today was to get us within striking distance of putting Chicago behind us sometime Sunday.  Reaching the outskirts of West De Moines Iowa does just that but it made for a long driving day to get us here with the section between York Nebraska to Des Moines Iowa a tough haul.

That helpful tailwind all the way from Pratt sure turned into one big ugly Monster of a crosswind soon as we turned east onto I-80.  With the seemingly endless hills and looooong grades every mile of the way between York Nebraska and Des Moines Iowa it was quite an exciting drive at times.  Well at least for me it was.  I am soooooo impressed with this Triple E Motorhome of ours and especially the big Chevy 8.1 Vortec motor.  A very powerful engine indeed and I’ve heard it said the next step up from this engine is a diesel.  Despite today’s gusting crosswinds and long grades the Big EEE never faltered and powered it’s way though.

THIS IS CALLED THE ‘MORMON BRIDGE’ 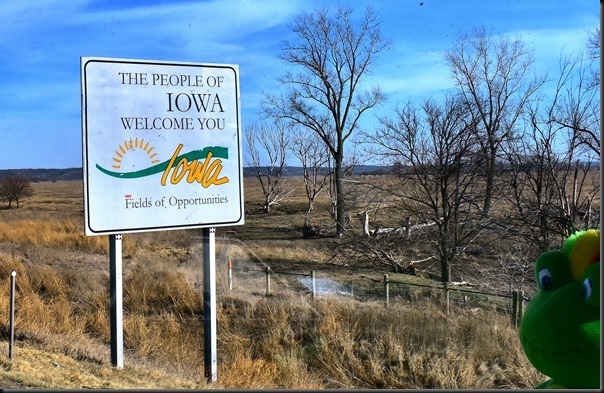 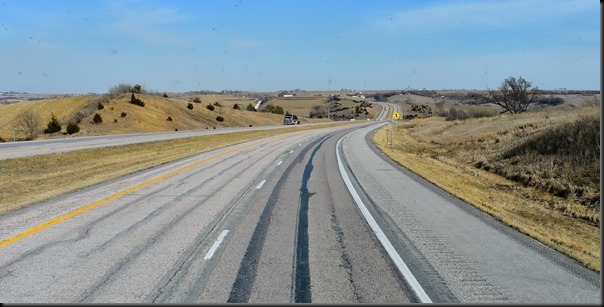 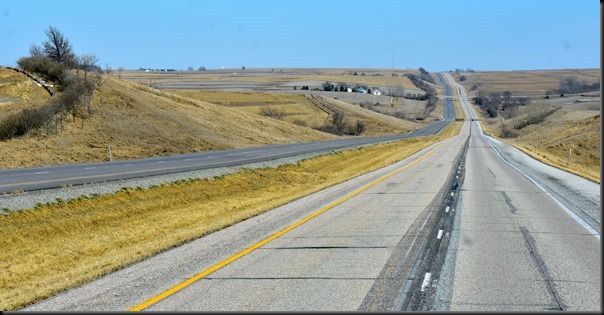 Needing a break from our afternoon slog Kelly found us a Cracker Barrel on the west side of Omaha Nebraska so we weren’t long in wheeling ourselves right in there and strapping on the old feedbag.  We do love our Crackle Barrels and today’s stop was our first one of the year.  While waiting for our food I got a kick out of a couple young fellas playing checkers at a table behind Kelly.  When their Grandmother came and got them the checker board was next occupied by what I assume was a Father and daughter and it was interesting listening to the Father teaching his daughter the game of checkers.  The photo quality isn’t the best but I think the look on the little girl’s face says it all. 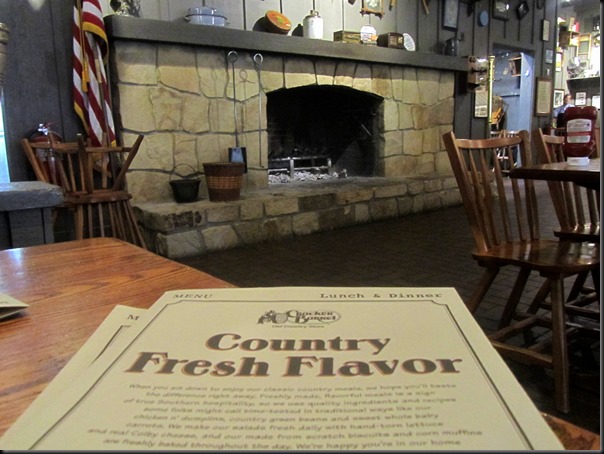 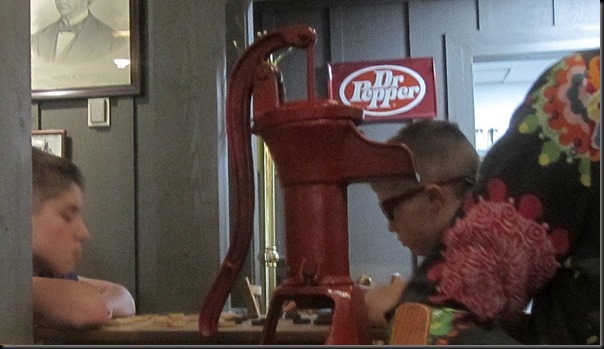 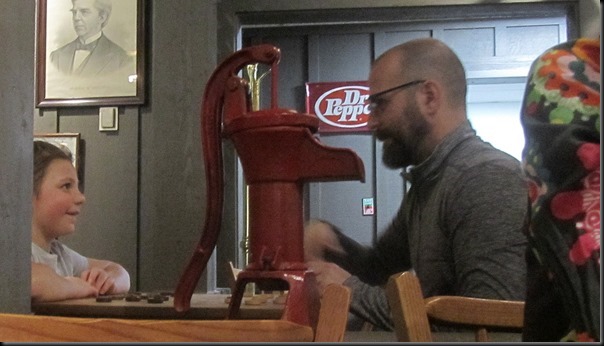 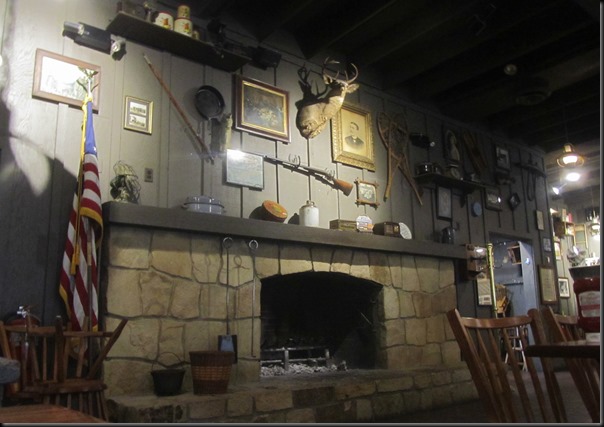 We are at a Walmart in West Des Moines several miles south of I-80 tonight.  The housing and living density in this section of the city is unbelievable.  Multilevel same-same Condos squeezed in everywhere and there must be more people packed in per square inch than anywhere I have ever seen before.  Just can’t imagine how people live like this.  I guess we just sometimes forget how fortunate we really are living where we do in Bayfield Ontario Canada.  Bayfield still retains much of it’s old small fishing village charm on the shores of Lake Huron, third largest fresh water lake in the world.  And our house is only about a mile from it’s clear blue green waters.  Yep gonna be nice getting home again alright.  Cold weather snow or not it doesn’t matter.  Looking forward to ‘Home Sweet Home’:)) 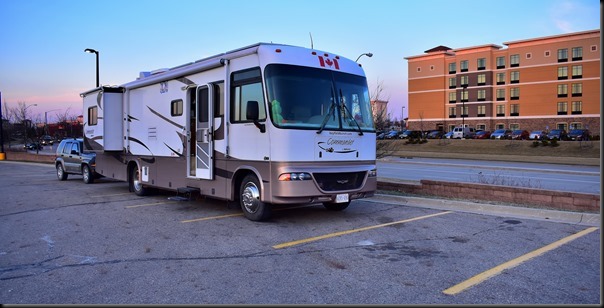 GROANER’S CORNER:((  I asked a friend of mine by phone what he was doing. He told me he couldn't talk because he was working on an 'aqua-thermal treatment of ceramics, aluminum, and steel while under a dangerously constrained environment.' I was impressed until the following day when I learned that meant he was 'washing dishes with hot water under his upset wife's supervision.'

A couple was dining out when the wife noticed a familiar face at the bar. She recognized him as an old flame.  "Honey," she said to her husband, as she pointed out the man, "that guy at the bar has been drinking like that since I left him seven years ago."  Her husband said, "That's silly, no one celebrates that much!"

The inmate on death row was scheduled to be put to death by firing squad the follow morning. Throughout the day, the prison guards were being very nice to him.  But when they asked him if he wanted something specific for his last meal, he didn't want anything special.  When they asked if there was something special he wanted to do, he said nothing.  Finally when he was put before the firing squad, the guard asked if he wanted a cigarette and a blindfold.  "No," the inmate said, "just get it over with."  "Well, is there anything that I can do for you before you go?" said the guard.  The inmate thought. "Actually," he said, "Music is my life. One thing I would really like, is to sing my favorite song, the whole thing, with no interruptions."  The guard nodded and told him to go ahead.  The inmate started, "One billion bottles of beer on the wall..."