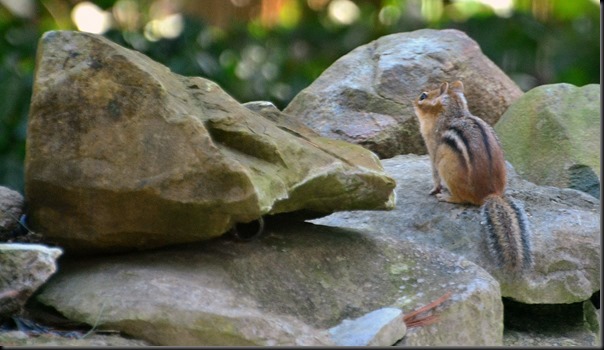 Sunshine, blue skies and upper 30’s temperatures had me outside hauling more summer things out of the shed.  I actually love this time of year on nice days like this. 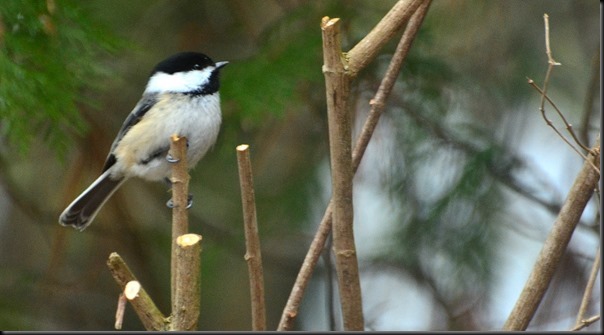 Richard and Gayle our long time friends and neighbors invited us over for coffee this morning so we spent an enjoyable 3 hours getting ourselves all caught up on things. 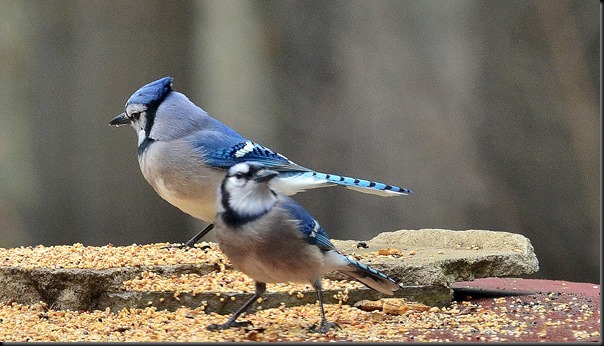 For nearly two freezing weeks now looking out our living room window I have been bothered to see our salt encrusted Motorhome sitting there with no way to get that rust inducing salt washed off.  This afternoon with milder temperatures upon us I crawled under our front deck and turned our outside water on, hooked up the hoses, and fired up our power washer.  Half an hour later I had most of that highly corrosive road salt washed off the rig both on the outside and underneath.  Surprisingly even with snow still on the ground and 38F temperatures my wet hands did not get cold at all. 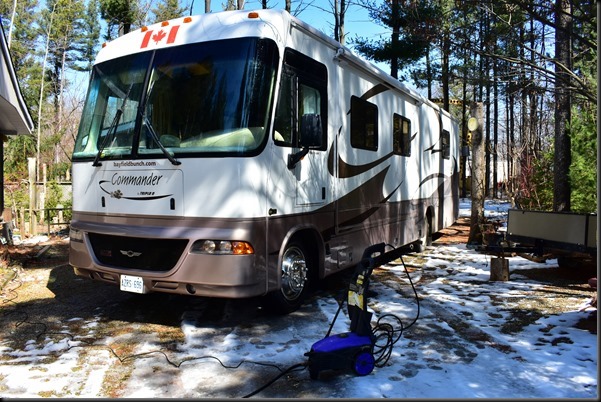 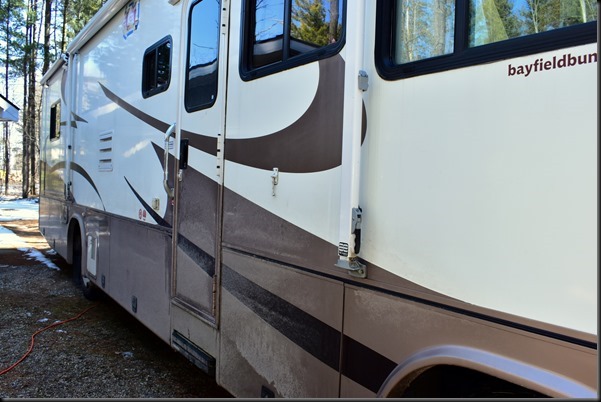 JUST HATE SEEING THAT ROAD SALT ON OUR RIG

It’s been kinda fun these past few days as I putter about outside re-discovering things around the yard I had done last summer and mostly forgot about.  Not totally forgot about but having not thought about them for a few months I am now enjoying my newly remembered ongoing projects.  Best part is looking at things with even more new ideas and changes in mind.  Gee I like when that happens. 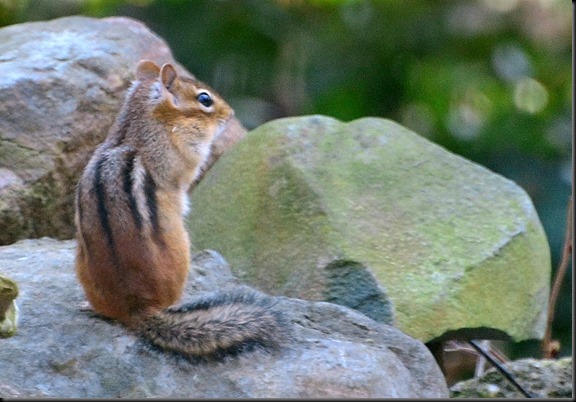 Thought this was an exceptionally well done Nature video.  It’s not long and be sure to have your ‘sound’ on.  Full screen would be an added advantage too. 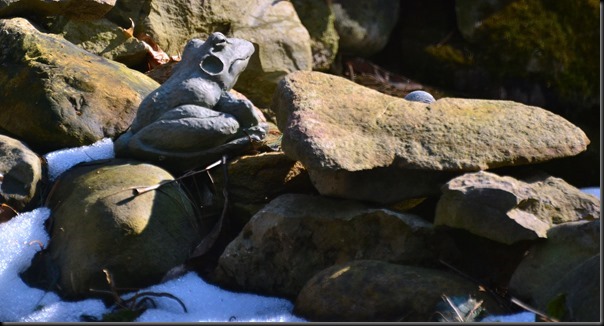 GROANER’S CORNER:((  There were two evil brothers. They were rich and used their money to keep their ways from the public eye. They even attended the same church and looked to be perfect Christians.  Then, their pastor retired and a new one was hired. Not only could he see right through the brothers' deception, but he also spoke well and true, and the church started to swell in numbers.  A fundraising campaign was started to build a new assembly.  All of a sudden, one of the brothers died. The remaining brother sought out the new pastor the day before the funeral and handed him a check for the amount needed to finish paying for the new building.
"I have only one condition," he said. "At his funeral, you must say my brother was a saint."
The pastor gave his word and deposited the check.  The next day at the funeral, the pastor did not hold back. "He was an evil man," he said. "He cheated on his wife and abused his family." After going on in this vein for a small time, he concluded with, "But, compared to his brother, he was a saint."

A wealthy investor walked into a bank and said to the bank manager, "I would like to speak with Mr. Reginald Jones, who I understand is a tried and trusted employee of yours." The banker said, "Yes he certainly was trusted. And he will be tried as soon as we catch him."

Dave: I got this great new hearing aid the other day. Mary: Are you wearing it now? Dave: Yup. Cost me four thousand dollars, but it's top of the line. Mary: Wow! What kind is it? Dave: Twelve-thirty