LOOKING FOR SOME ‘COLOR’ ON A GRAY, DRAB, COLD DREARY DAY

I’m not real good at doing nothing except on those few rare occasions where I really do feel like doing nothing.  I’m usually Okay on those days but not so Okay on days I feel like doing something but then there’s nothing.  Well nothing that interests me that is.  Of course there is generally always something to do for anyone at anytime but the trick is to turn that sometimes nothing into every day something.  Sometimes it works and sometimes it doesn’t.  It’s not the nothing that doesn’t work but the perception of nothing.  Didn’t work for me Sunday so I sat in the house looking out the window waiting for winter to go away so I could get outside and turn my nothingness into somethingness.  Patience Al patience…………. 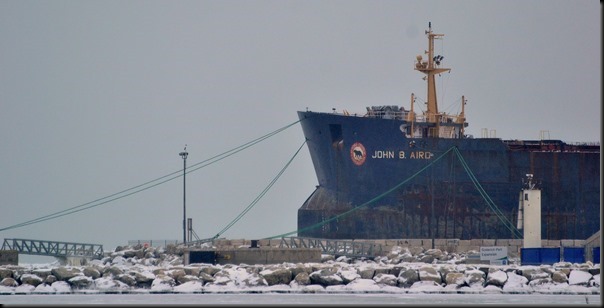 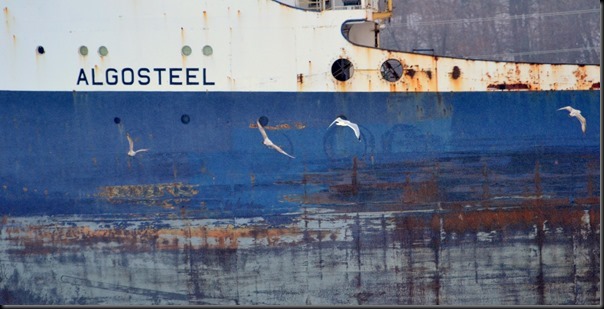 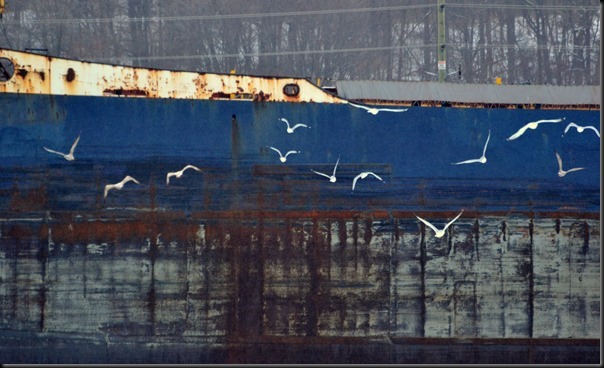 DOES KINDA LOOK LIKE A BIG GHOST FREIGHTER THOUGH DOESN’T IT…..OR JUDGING FROM THAT LARGE CONNING TOWER MAYBE A RUSSIAN SUB HAS JUST SURFACED TO CHECK OUT THE HARBOR’S DEFENCES 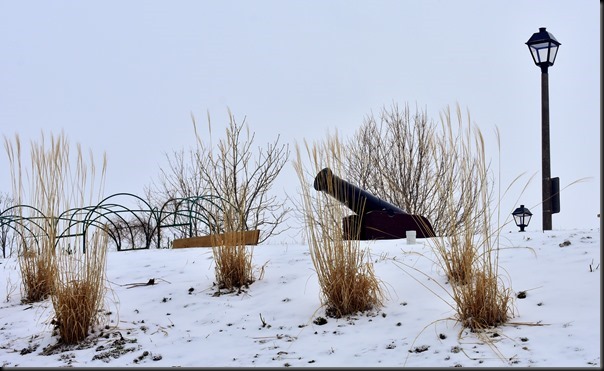 NOT TO WORRY FOLKS, GODERICH KNOWS HOW TO TAKE CARE OF HERSELF AND IS WELL DEFENDED

With another drab, dull, and drearily cold looking morning going on outside I was fortunate in that I at least had somewhere to go even though it was to Goderich’s Maitland Valley Medical Center.  Before arriving there Pheebs and I cruised through McDonalds for a carrot muffin and a Senior coffee to go.  From there it was down to the harbor and beach area to see if we could find us some ‘color’ in the gray looking day. 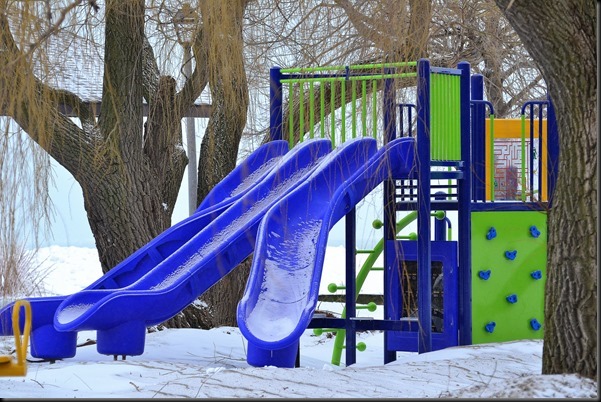 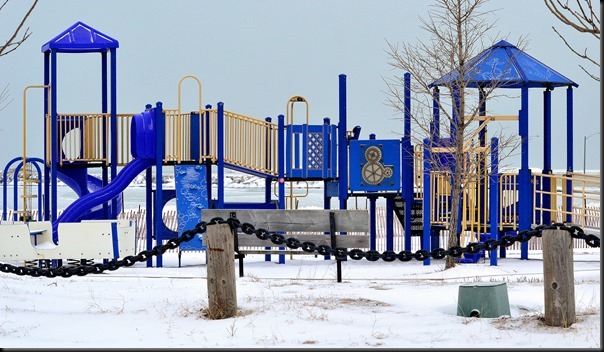 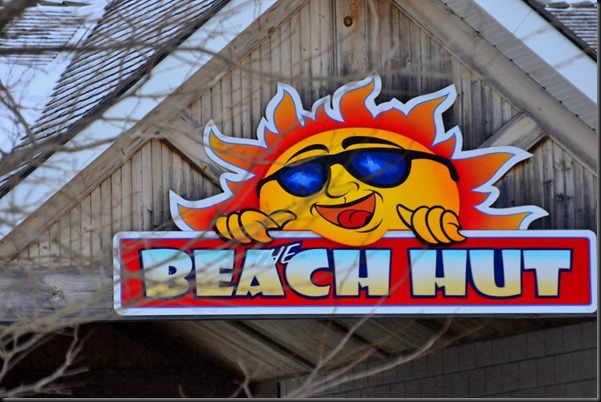 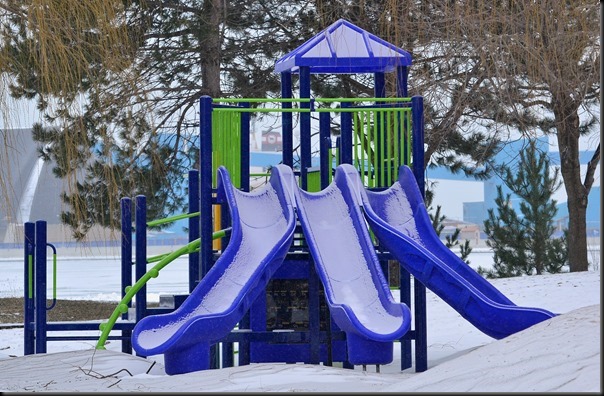 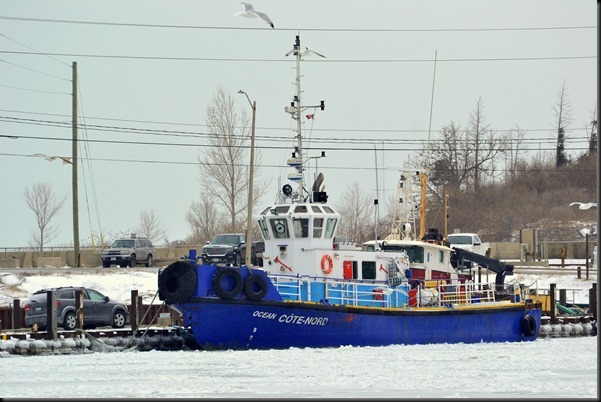 From the harbor and beach areas it was back up to higher ground, through the town and over to the Medical Center.  Had a couple things to drop off with one of them being some blood which I was currently carrying inside me.  I’m always surprised at how there is no pain when they stick that needle in my arm compared to years ago.  Probably has something to do with newer technology needles compared to those big old dull Turkey basters they once used. 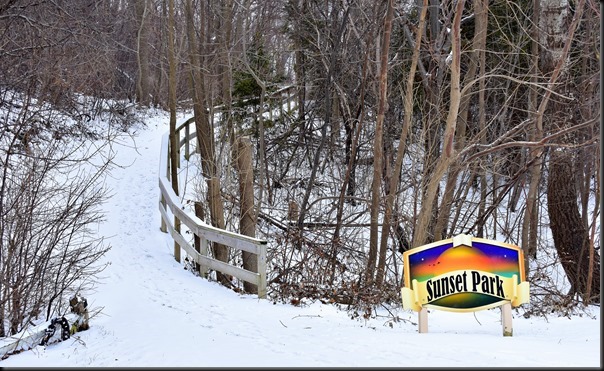 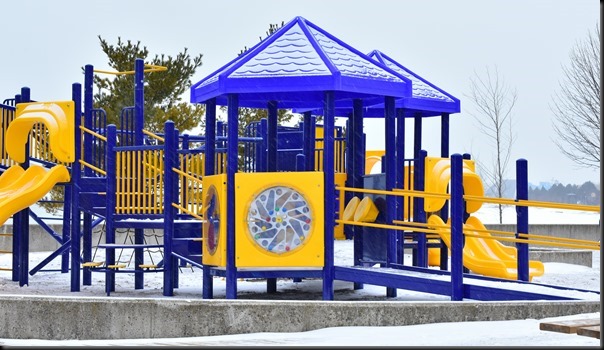 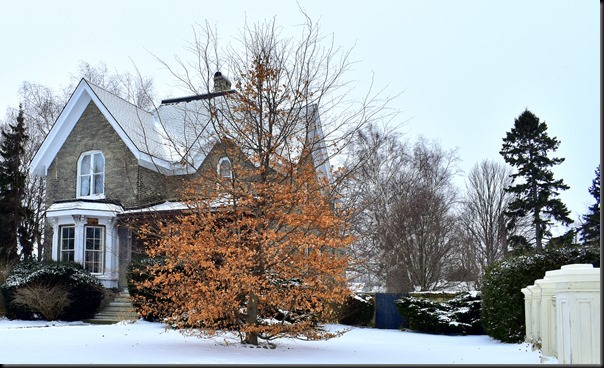 With a fine snow in the air we headed straight on back to Bayfield.  Weather forecasters are predicting a major winter storm with lots of snow over the next couple days.  We of course have our fingers crossed the storm will swing south of us. 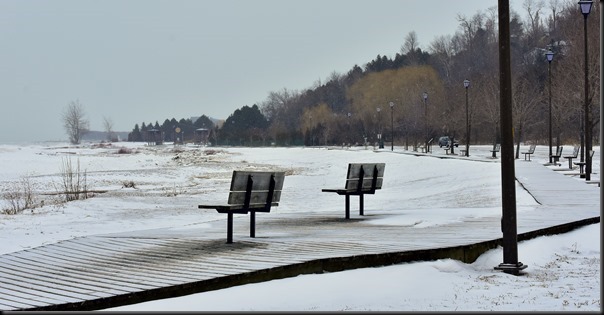 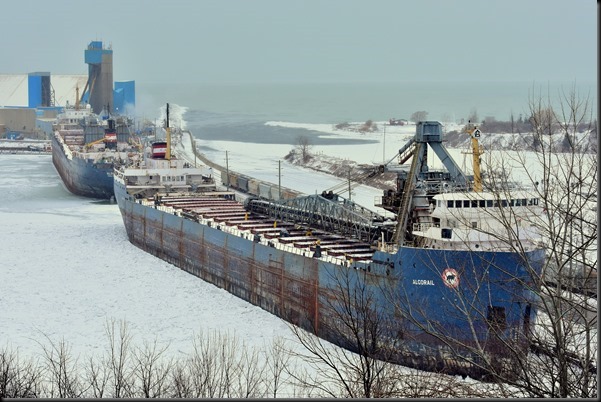 Thanks to sharp eyed readers I have a few minor corrections regarding a couple things mentioned in my posts over the past few days.  First, I had said the large lake freighters in the Goderich harbor had wintered there.  Not so apparently as a reader informed me those freighters have been in and out of the harbor working all winter.  And I made a similar mistake when I referred to one of Bayfield’s fishing boats waiting for Spring’s better weather and water.  Again a reader corrects me there by saying the fishing boats, due to a warmer winter have been in operation all season.  Thank you readers:)) 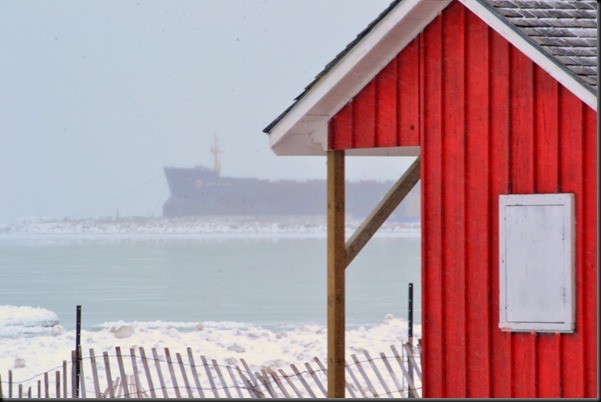 “Cotton farming is a classic struggle of goods versus weevils.”

God: "Whew, I just created a 24-hour period of alternating light and darkness on earth."
Angel: "Oh yeah? What are you going to do now?"
God: "I think I'll call it a day."

Did you know drunken hunchbacks are in a perpetual stooper.

During a fire at a convent, a group of nuns are trapped on the third floor. Thinking quickly, they took off their habits, tied them together and used them as a rope to climb down from the window.After safely reaching the ground, a reporter asks, “Weren’t you worried that the habits would have ripped as you were climbing down? They look old and worn.”“Of course not!” said one of the nuns. “Don’t you know how hard it is to break an old habit?”