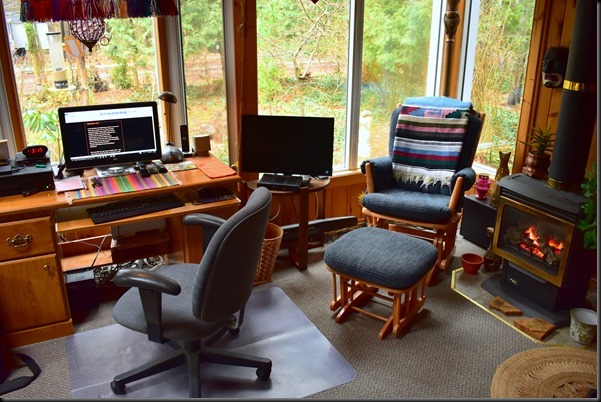 It was thunder and lightning and rain on the roof that had us awake at 5 a.m. this morning.  Surprised again at how mild it was when I stepped outside with Pheebs between rain showers but as expected our mild temperatures are soon about to end.  With predicted rain and a few cold winter days headed our way we had to do some scrambling this morning and that included quickly unpacking the rig and getting it winterized. 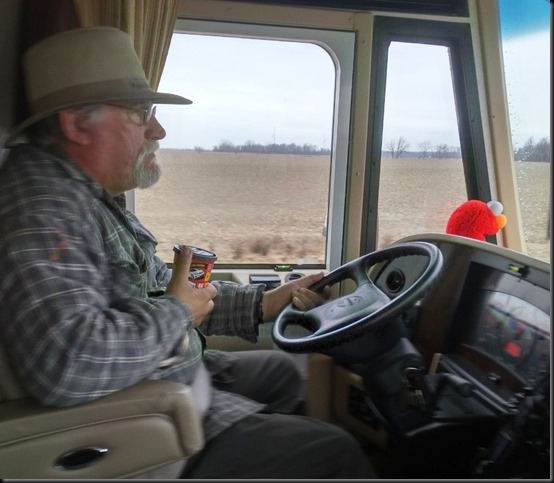 KELLY HAD TAKEN A FEW PHOTOS WITH HER BLACKBERRY AFTER OUR MONDAY MORNING HORTON COFFEE STOP IN FOREST…..FORGOT TO INCLUDE THEM 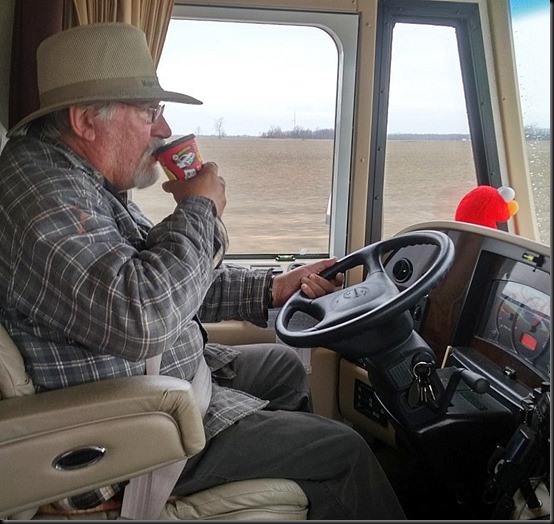 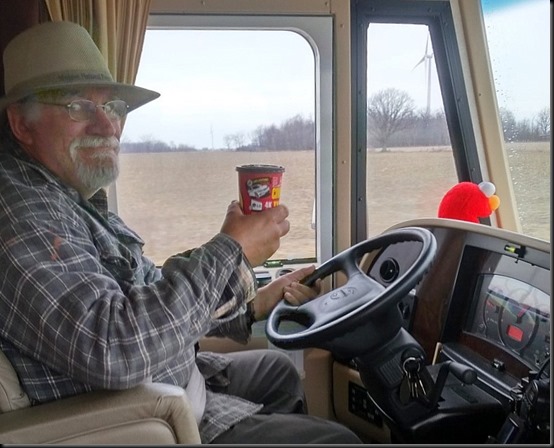 We were both up, out, and at it before 7:30.  Two hours later we both felt like we had put in a full day's work and had to retreat inside for a recliner rest.  I bet we can all remember days when we could work 8, 10, 12, and more hours in a day but for us I'm afraid those days now behind us.  Hate to have to admit that but it's another one of life's little age related realities.  Seems to be a lot of them jumping out of the woodwork lately. 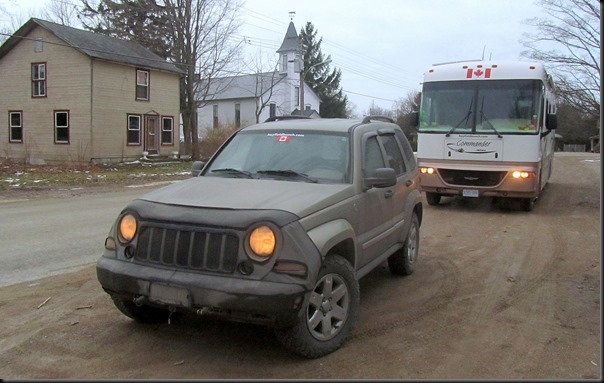 Had planned on taking Pheebs out for a coffee and muffin this morning then washing the Jeep at the car wash and dropping around to Goderich's Maitland Medical Center but with this morning's rushing around those plans are on hold until Wednesday morning.  All three of us are still pretty whacked out from our long journey.  Aside from Pheebs and I going to Bayfield's Foodland for a jug of milk this afternoon I didn't stray too far from my recliner. 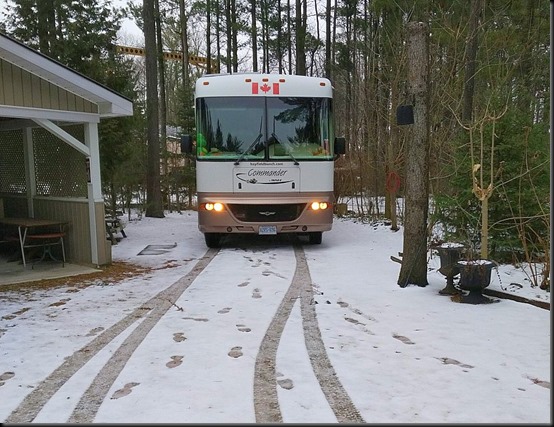 Our temperatures hung around 50 all day under an overcast sky with a few passing sprinkles.  Windy!!  Part of me wants to get outside and start the yard clean-up and another part of me wanted to just stay inside where it was warm and cozy.  It was that second part that won the day:)) 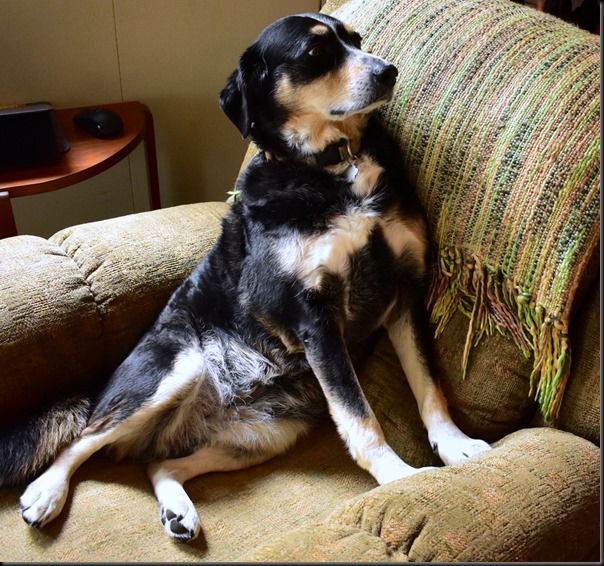 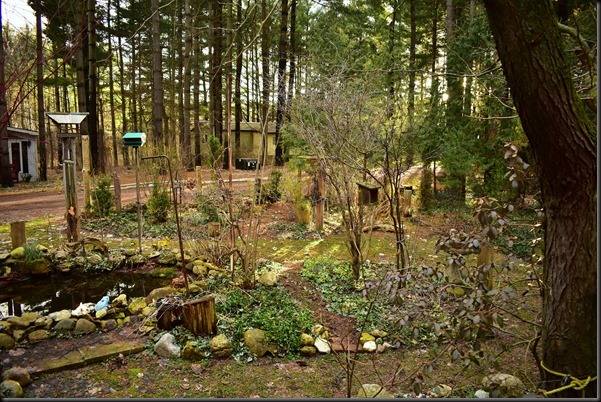 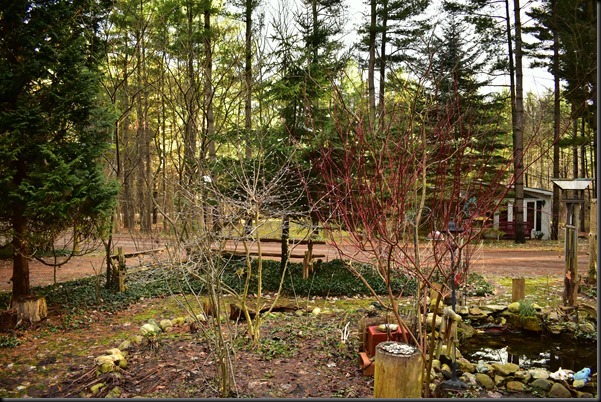 OUR FIRST RAYS OF SUNSHINE SINCE ARRIVING HOME THIS YEAR:)) 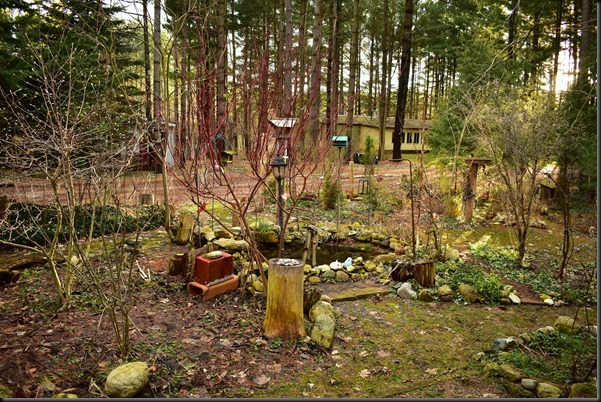 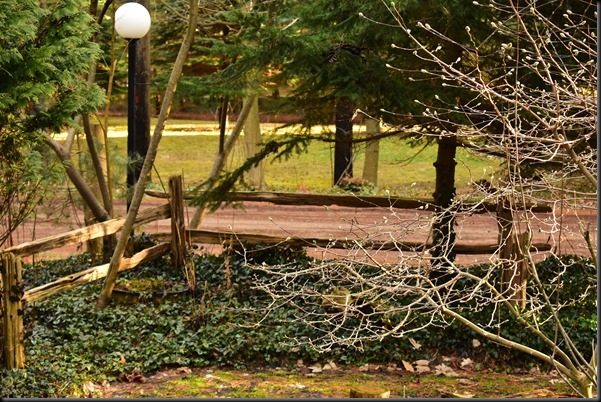 Thank you to everyone for your comments and emails regarding our homecoming.  Happy to see many of you planning on ‘hanging in there’ until we once again hopefully get the big wheels rolling in the Fall.  You are all a true source of inspiration for me each day. 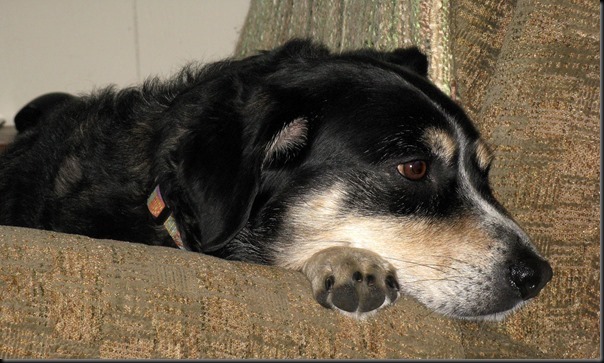 ‘OH MY I AM SO MUCH NEEDING A JEEP RIDE AND I SURE HOPE ME AND DAD CAN GET OUT FOR  COFFEE AND A CARROT MUFFIN IN THE MORNING, MAYBE A LITTLE COUNTRY DRIVE TOO’

GROANER’S CORNER:(( Merv was in a terrible accident at work. He fell through a floor tile and ripped off both of his ears. Since he was permanently disfigured, he settled with the company for a rather large sum of money and went on his way. One day, Merv decided to invest his money in a small, but growing telecom business called Plexus Communications. After weeks of negotiations, he bought the company outright. But, after signing on the dotted line, he realized that he knew nothing about running such a business and quickly set out to hire someone who could do that for him.  The next day he had set up three interviews. The first guy was great. He knew everything he needed to and was very interesting. At the end of the interview, Merv asked him, "Do you notice anything different about me?" And the gentleman answered, "Why yes, I couldn't help but notice you have no ears." Merv got very angry and threw him out.  The second interview was with a woman, and she was even better than the first guy. He asked her the same question, "Do you notice anything different about me?" and she replied: "Well, you have no ears." Merv again was upset and tossed her out.
The third and last interview was the best of all three. It was with a very young man who was fresh out of college. He was smart. He was handsome. And he seemed to be a better businessman than the first two put together. Merv was anxious, but went ahead and asked the young man the same question: "Do you notice anything different about me?" And to his surprise, the young man answered: "Yes. You wear contact lenses."  Merv was shocked, and said, "What an incredibly observant young man. How in the world did you know that?"
The young man replied, "Well, it's pretty hard to wear glasses with no ears!"

Why did the little Moron tip-toe past the medicine cabinet?   So he wouldn't wake up the sleeping pills.