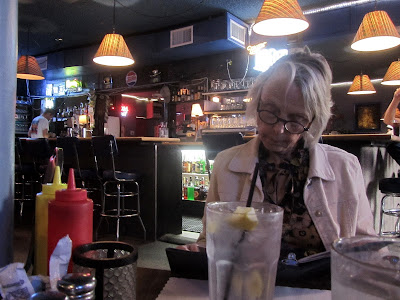 KELLY AT CARLEES IN BORREGO SPRINGS

I have added an update to this earlier post today

We didn't have any luck publishing my Friday or Saturday night blog posts at the Borrego Springs library so that rules out a Verizon problem.  The 501 error message still comes up.  Kelly tried publishing from her computer and it was a no go so we know it's not my computer.  By the process of elimination we are trying to whittle things down.  I am using the 'Blogger' format right now as a test instead of Open Live Writer so let's see what happens.  I'll start by trying with just 1 photo.............

As much as I dislike this 'Blogger' format I figured I had better try to at least do an update about our last two days so here goes.......

I am soooooooooooooooooo frustrated with all this!!!!!!!!  We still have no idea why my Friday post would not publish despite Kelly working on the problem today trying to figure out what a 501 error meant.  Thanks for your test affirmations.  Rather than me pouring a big effort into my Saturday post tonight and have it not work I intend to make this short with fewer photos to see what happens.
Winds returned and had us up early today.  Another nice sunrise.  Slipped into Borrego this morning to do laundry and after that we popped into a popular eatery here in town called Carlees.  After all these years of coming here we had never been in there before so today decided to check it out.  Really good food and lots of it.  In fact we had so much left over it made our supper tonight. 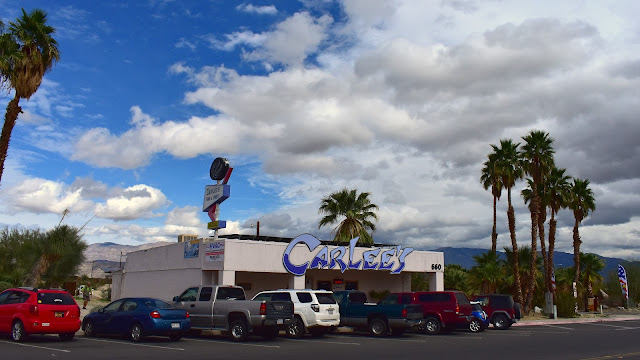 We hadn't seen George and Susie from Our Awesome Travels since Bloggerfest 2016 so we decided after Carlees to drive over to Peg Leg Smiths and look them up.  Yep they were home so we had ourselves a darn good chin wag catching up on things. 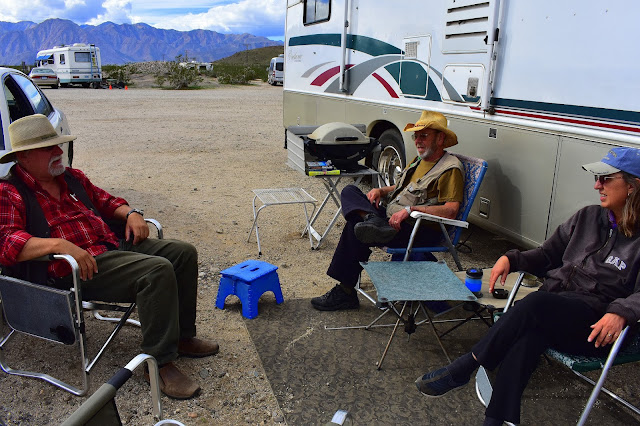 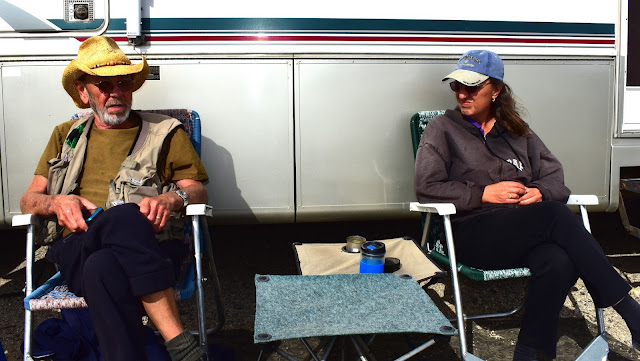 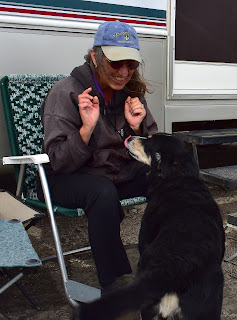 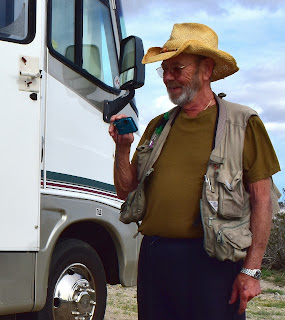 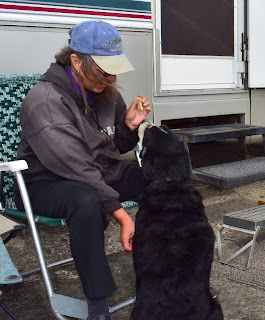 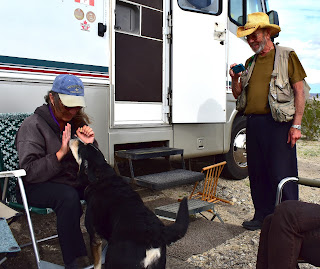 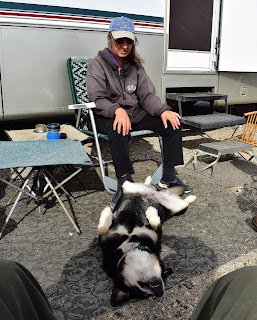 I have been in this unenviable position before where I have been temporarily forced to use this miserable 'Blogger' format and what an absolute pain in the you know what it is!!!!!!!!!!!  Trying to place and arrange photos the way I want them is just nuts!!!!  Now that we have our problem narrowed down to 'Open Live Writer' Kelly was able to get onto a Live Writer forum and we have found out we are not the only ones having the 501 error problem.  Since 2 days ago there has been some sort of problem going on between Open Live Writer and Picasa's photo editing program.  My question here for fellow Bloggers is, are you using the Live Writer and Picasa combination to publish your posts??  If so are you experiencing this 501 error problem?? 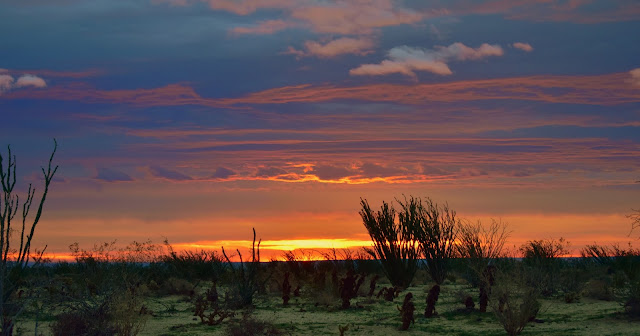 Okay, now for today which happens to be Sunday February 12th.............We spent a sizeable time this morning at the Borrego Springs library trying to resolve our current blog problem but with no luck.

Gave up, grabbed a couple coffees to go at Calicos and headed back to the rig but on the way decided to check out a few more desert roads for future boon-docking sites along the way.  And that's how we met Pam and Terry and no they weren't RV Bloggers.  I uploaded the following photos in the wrong place but to correct the problem here in the 'Blogger' format is way too much work so read on and the photos will tie in with Terry and Pam.

The Borrego Air Park is a community of homes built around several runways and a lot of folks living there have their own airplanes parked in their garages alongside their cars.  One of the roads crosses the northwest end of a runway and one has to stop and check for incoming aircraft before crossing.  We drove around slowly to see if there were any Jeep roads leading off into the desert that might be suitable for a Motorhome.  Coming up a a street we saw a fellow ahead with his bicycle upside down on the road.  The bicycle was upside down not the fellow.  We drove by and waved.  Came to an east-west runway and turned around because the road ended there.  The fellow still with his bike downside up waved as we went by again.  We turned left at a corner there but that road too ended at the runway so we turned around again.  Coming up to a stop sign the bicycle fellow waved and walked over to us wondering if we needed help finding anything.  And that led to us meeting a couple really nice friendly people this afternoon.
We told Terry we were scouting out future boon-docking sites and after talking by the car for a bit he said, "come on over to my place and we'll grab a map and talk to my wife".  And that's what we did.  Terry headed off on his bicycle with us following.  To get to his place we had to drive down one of two runways but he said that particular runway was inactive.  Just before it joined the 'active' runway he led us into his place.
We went into the nice ranch style house and met Terry's wife Pam and boy this couple couldn't have been nicer and more helpful to us.  Terry is a very clever techie guy and in the course of our conversation he gave us reams of information on a lot of things.  Pam had a couple maps spread out on the table as they both suggested boon docking spots.  Pam was a wealth of knowledge in regards to shopping in Indio as well as where to stay if we go up that way.  Here's one of Terry's many tips......To update cell phones and computers etc while in Borrego Springs go to the east end of Christmas Circle to do that because it's a much stronger wifi signal there than at the library.  He also explained things to us about our Verizon Jet Pack, our cell phone, signal boosters, antennaes etc. etc.  A very clever fellow indeed.  What a nice couple these folks:))


I've just finished putting this post together and it has been an aggravatingly long and frustrating process using this slow Blogger format.  I have my fingers crossed Open Live Writer and Picasa will quickly resolve their problems.  Blogging for me comes in 4 parts.  Writing, Photography, Photo Editing, and Blog Composition.  If any one of those 4 things is out of whack.....I am out of whack.  We'll see what tomorrow brings.............

GROANER'S CORNER:((  "Oh God," sighed the wife one morning, "I'm convinced my mind is almost completely gone!"
Her husband looked up from the newspaper and commented, "I'm not surprised: You've been giving me a piece of it every day for twenty years!"