GOING TO HAVE TO REEL MYSELF IN AND STRAIGHTEN MYSELF OUT 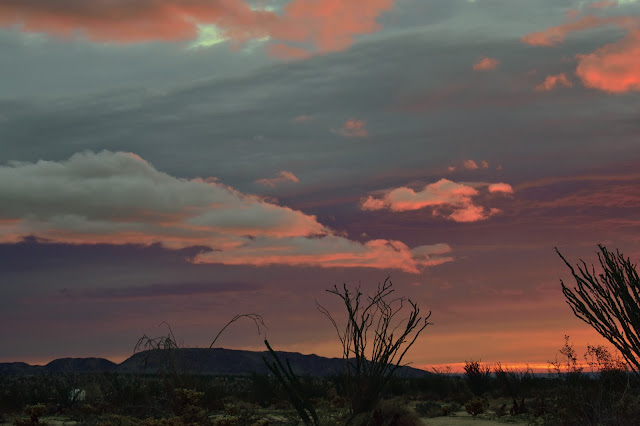 Well I'm having a bit of angst with myself tonight folks.  The Live Writer/Picasa issue is not resolved and we're beginning to think it may not be resolvable.  We've determined it is not a problem at our end and has to do with a Picasa and Live Writer conflict somewhere.  I've been going around in circles trying to decide what is I should do.  Maybe switch my blog from Blogger to Word Press??  No!!  Should I be thinking of a new photo editing program that works with Live Writer??  Possibly.  Should I try and make do with the Blogger format or should I just wrap up this blog and call it a day.  Well that is an option but I am not really wanting to give up blogging just yet.  It is a hobby that has brought me a lot of enjoyment and satisfaction over the years and I like to think it has done the same for others as well despite my griping and grumbling way too much of the time.  And speaking of grumbling I've been feeling kinda bad about my 'over the top' grumbilating about a couple rigs parked near us a couple days ago.  They haven't been a bother at all and today I met one of the fellas and as usually is the case he was a nice fella.  I've said it before and I will say it again darn it.......it is not you people out there who are the problem it is me Oscar the Grouch who is the problem most of the time it seems.

I'm using the Blogger format for now until I can decide what it is I want to do.  I know this frustration is temporary and will pass but for right now and probably the next few days I'm just going to have to reel myself in and get myself straightened out.

Looks like a large rain front heading into southern California and Arizona Friday, Saturday, and Sunday so tonight we decided to pull up stakes here on the sandy soil near Borrego Springs and head back in the morning to Yuma where we can get our tires on a harder rocky surface.  Maybe catch some movies on those rainy days.  And besides we have something to pick up at Best Buy in the Yuma Palms Mall anyway.................. 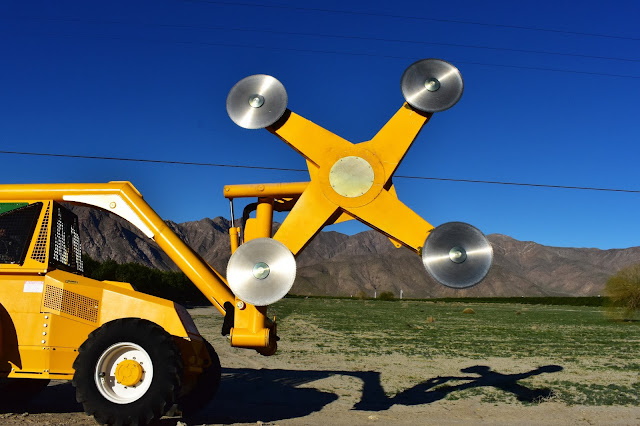 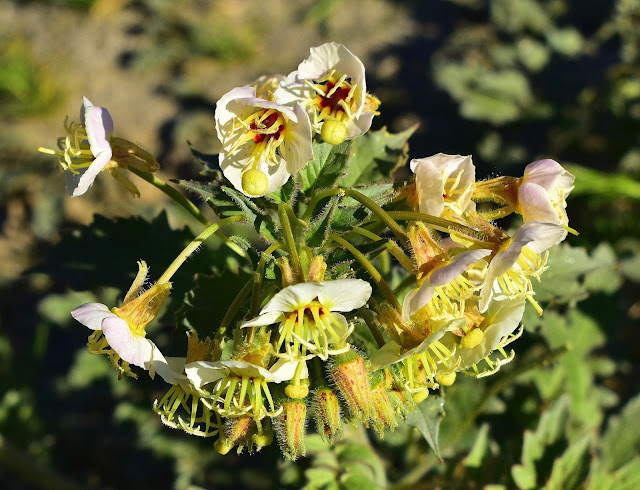 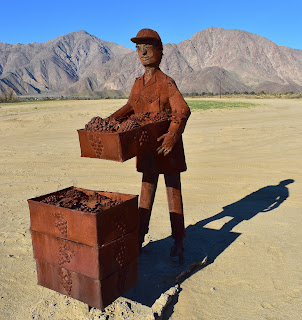 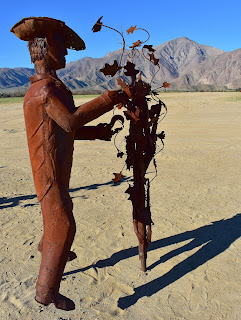 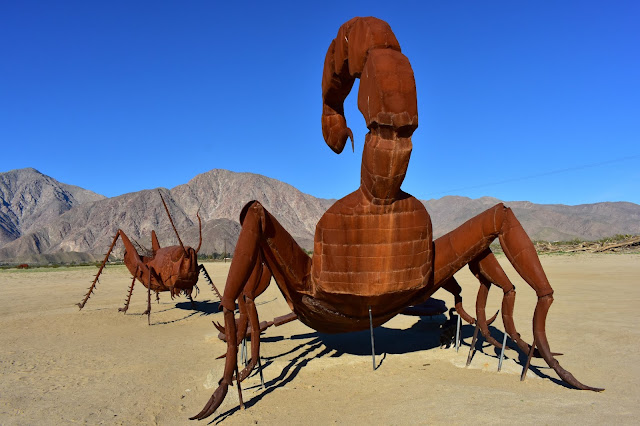 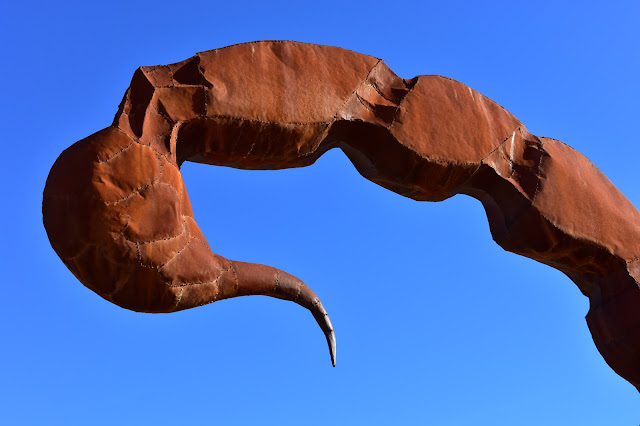 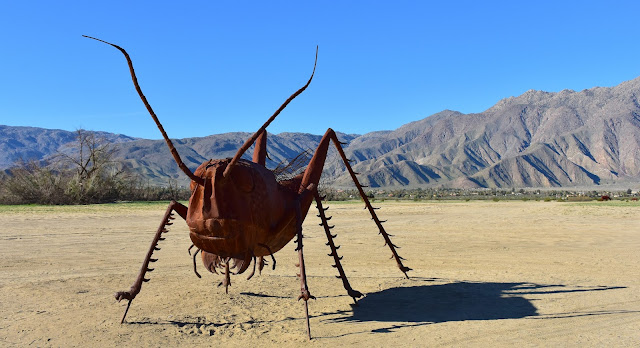 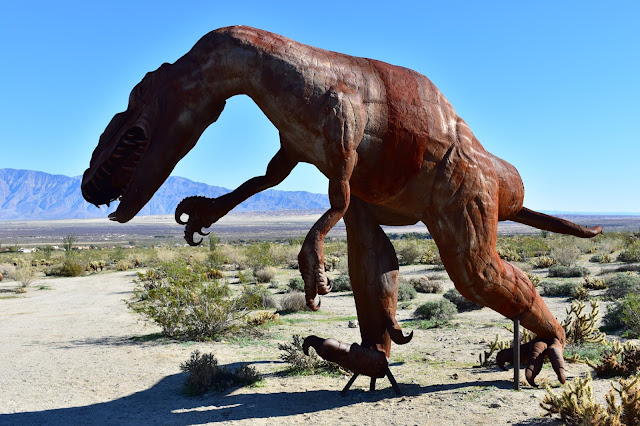 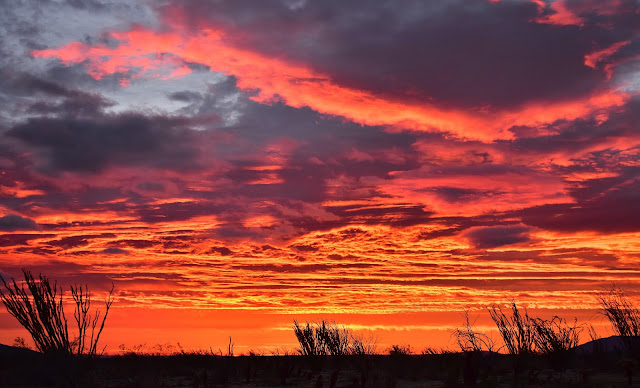 GROANER'S CORNER:(( Mr. Jones is driving past the state mental hospital when his left rear tire suffers a flat. While he is changing the tire, another car goes by, running over the hub cap in which he was keeping the lug nuts. The nuts are all knocked into a nearby storm drain.
He is at a loss for what to do and is about to go call a cab when he hears a shout from behind the hospital fence, where one of the inmates has been watching the whole thing.
"Hey, pal! Why don't you just take one lug nut off each of the other three wheels and use them to replace the missing ones? That'll hold your tires on until you can get to a garage or something."
Mr. Jones is startled by the patient's seeming rationality, but realizes the plan will work, and installs the spare tire without incident. Before he leaves, he calls back to the patient. "You know, that was pretty sharp thinking. Why do they have you in there?" The patient smiles and says, "I'm in here because I'm crazy, not because I'm stupid."

“Instead of being rewarded for his invention, Dr. Guillotine was charged with neckless endangerment.”

A religious education class was almost finished making their models of the nativity scene and one little boy had done a lovely job. Some animals, Mary, Joseph, three wise men, and shepherds were all there. However, the teacher noticed an extra, rather overweight man in the scene as well.  “Who is that person?” she asked.“Oh, that’s Round John Virgin.”