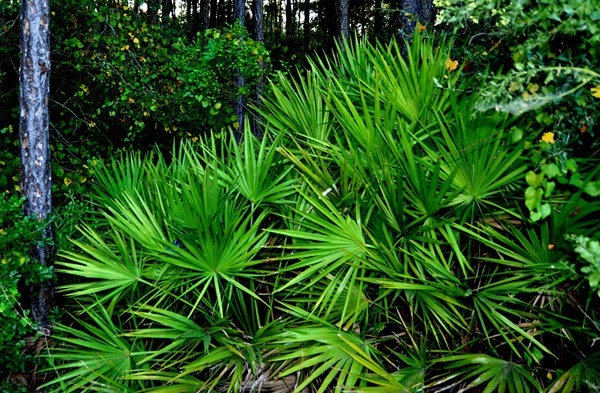 Rough night but as morning wore on my day improved.  Took longer than usual for me to get myself together and I was feeling poorly right up to the time I finally slipped into my driver’s seat.  It was 8:50 before we were moving and I again was amazed at how I instantly felt so much better soon as I had something to focus on other than how badly I was feeling.  I do have a theory about that.

Another gorgeous morning as we made our way from Thomson Georgia the few miles back to I-20 and headed west.  Surprised again at the light traffic so relished every mile because I knew when we reached I-75 later there would be no such thing as light traffic.  Again it was long rolling hills we drove through bordered by forests on both sides of the road with many of the trees being tall pines. 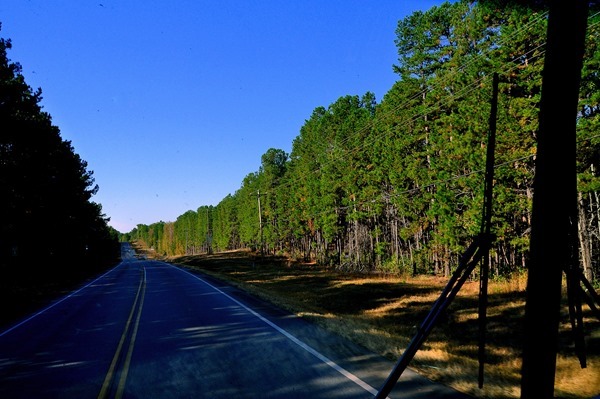 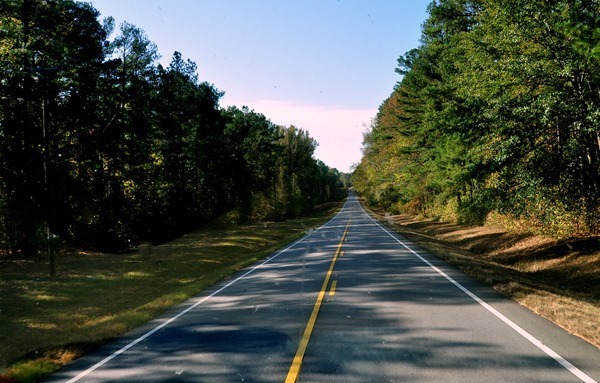 Not wanting to get anywhere near Atlanta we picked up highway 129 heading on down to Macon.  A combination of 2,3, and 4 lanes this road turned out to be a nice scenic drive and I felt at home on it.  Winding it’s way through a combination of farm land and forest we got to see some cows, old barns, big round bales of hay, a silo and some old pieces of farm machinery.   The road twisted and turned as early morning shadows crossed it’s path in front of us.  How nice to be off the interstates for a awhile. 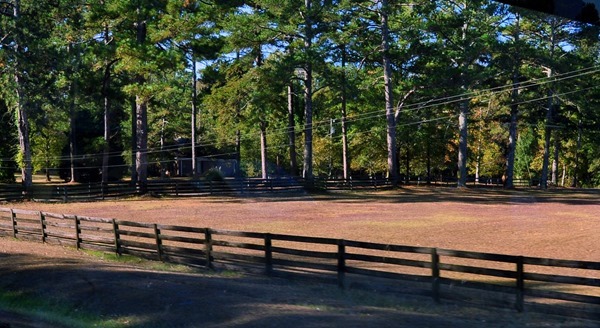 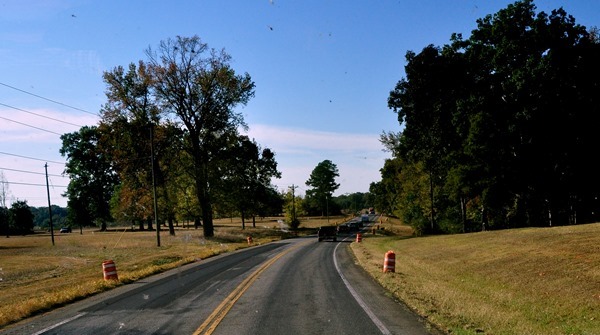 Coming to the small town of Gray we pulled into a small mall and shut things down for a leg stretch and a much needed short rest.  Only 13 miles away lay the outskirts of Macon Georgia where we would climb ourselves aboard I-75.  This would be the last stretch of peaceful road we would be seeing for a long time and I thought to myself I bet we won’t see anything like this again until we are well west of the Mississippi River in a week or two. 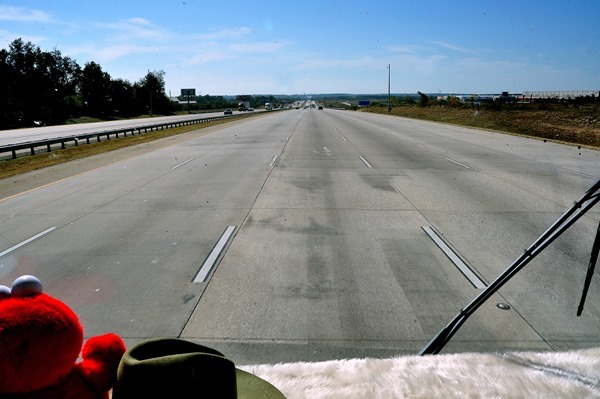 A VERY RARE BREAK IN TRAFFIC SOUTH OF MACON GEORGIA

I-75 was busy as expected and I couldn’t help but remember back to the first time I had ever driven this section of road.  It was over 52 years ago in the summer of 1964 that I and another fella came blasting through here in my 1961 Volkswagen Beetle.  We was headed for Florida we was.  And by golly we even made it too.

FOUND 4 RECENTLY TAKEN PHEEBS PHOTOS IN MY OLDER CANON POINT AND SHOOT………..ASLEEP ON THE COUCH 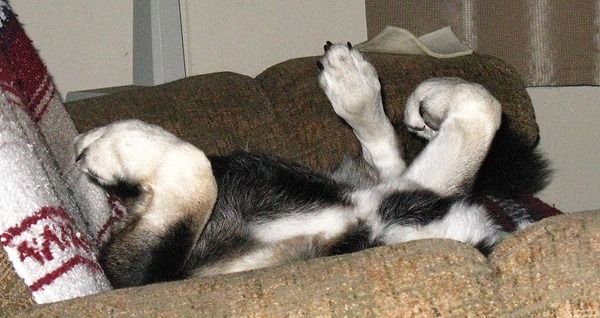 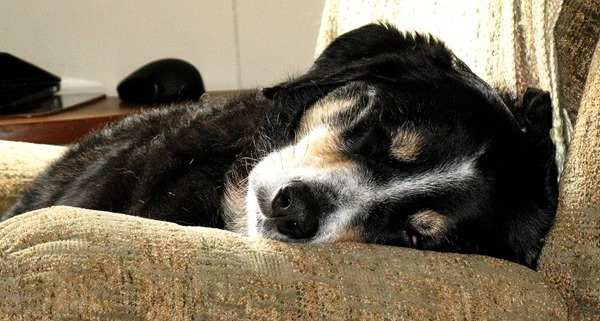 By 2 o’clock I knew I needed to call it a day so Kelly began looking up some spots ahead.  We sometimes use County Parks and out of the way places but today I was too tired to go looking for a spot and after repeated Walmart overnighters I just wanted to get off the road and shut things down.  So that’s what we did.  Found us a nice rest area complete with some shade and threw out the anchor. 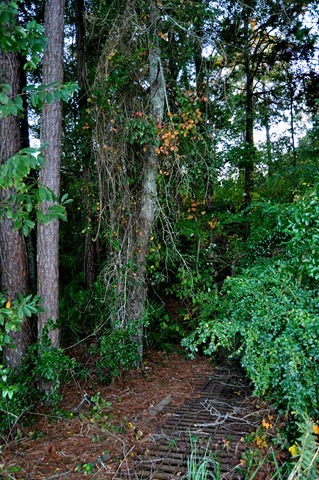 So nice to not have to use the furnace at night now.  With cool comfortable morning temps the only time the heat has bothered us is late afternoon and we took care of that today using our coaches living room A/C for the first time since buying the Big EEE a couple years ago.  It worked great and I don’t know why we didn’t think of that Thursday afternoon while sweltering in the coach at Thomson’s Walmart.  When one does not continuously use something on a regular basis it is so easy to forget one even has stuff at times. 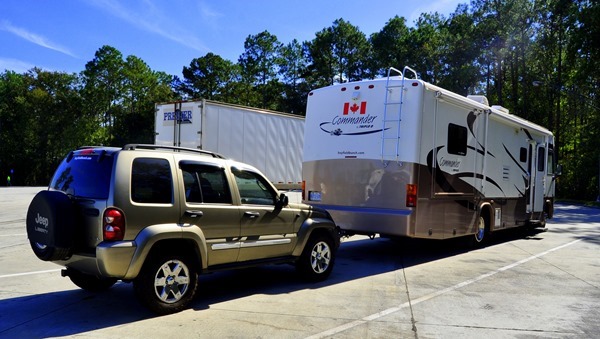 With a bit of luck we are hoping to reach Sarasota sometime Saturday.  At the moment we are near a little place called Adel which is about 40 miles north of Valdosta Georgia.  Well at least that’s where we think we are…………………………. 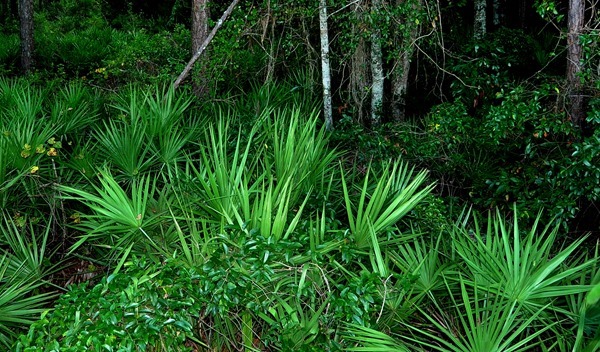 GROANER’S CORNER:)) Eight-year-old Sally brought her report card home from school. Her marks were good...mostly A's and a couple of B's.  However, her teacher had written across the bottom: "Sally is a smart little girl, but she has one fault. She talks too much in school. I have an idea I am going to try, which I think may break her of the habit."  Sally's dad signed her report card, putting a note on the back: "Please let me know if your idea works on Sally because I would like to try it out on her mother."

"So tell me, Mrs. Smith," asked the interviewer, "have you any other skills you think might be worth mentioning?" "Actually, yes," said the applicant modestly. "Last year I had two short stories published in national magazines, and I finished my novel."  "Very impressive," he commented, "but I was thinking of skills you could apply during office hours." Mrs. Smith explained brightly, "Oh, that was during office hours."