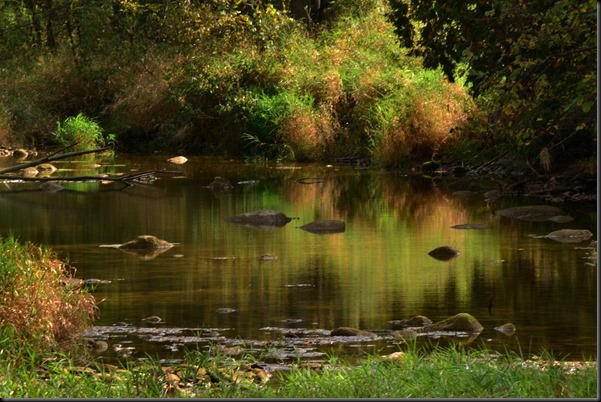 I was optimistic our Sunday morning dark cloud cover would break up so Pheebs and I headed over to the Marsh.  Despite a few short bursts of sunshine it was mainly intermittent lite drizzly showers we encountered on our travels.  Not too inspiring watching Libby’s intermittent wipers occasionally flop back and forth.  When we did get out for a stretch at the Hullett Marsh the air was cold, damp, and windy.  We were home again about an hour after we left. 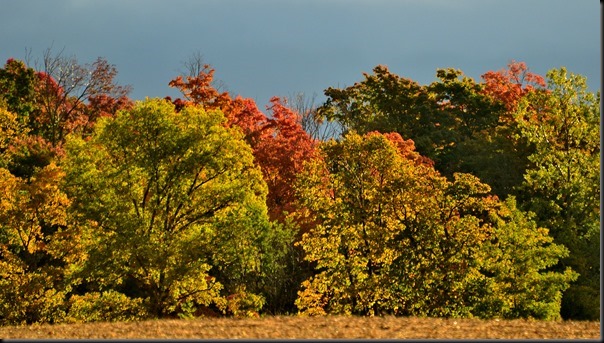 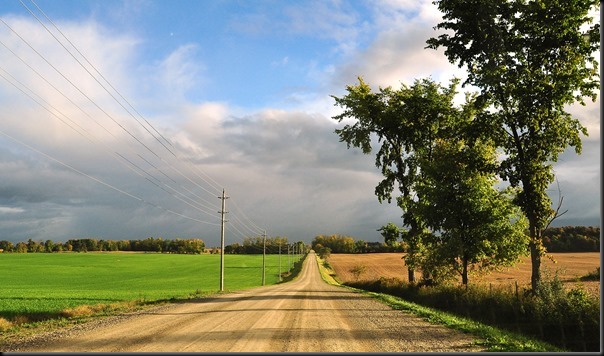 A FEW WINDSHIELD REFLECTIONS IN THIS ONE 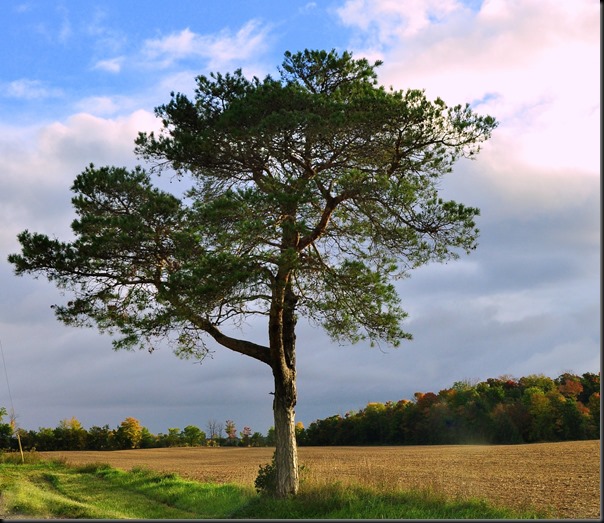 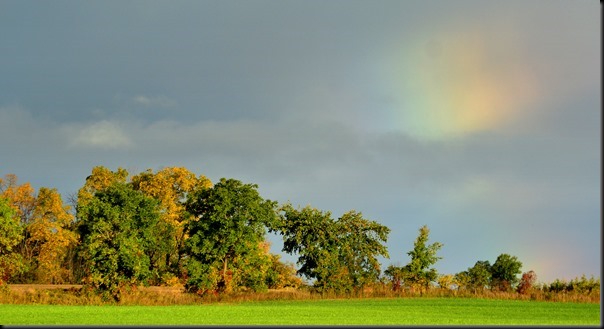 WATCHED AS THIS RAINBLOW PARTIALLY FORMED IN THE WESTERN SKY 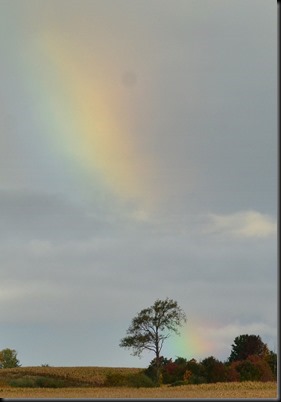 Kelly’s still busy baking up a storm and I kinda kept myself half ways busy fussing about in the Motorhome doing about half a dozen of whatevers.  Now that both the Jeep and Motorhome have been checked over and serviced for our upcoming travels it’s just a lot of little stuff to putter around with.  I’m sure we will be busier next week as we count down to Tuesday October 18th. 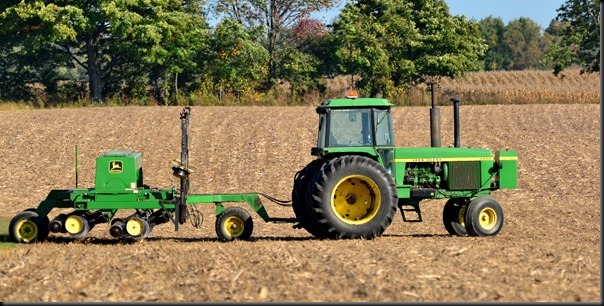 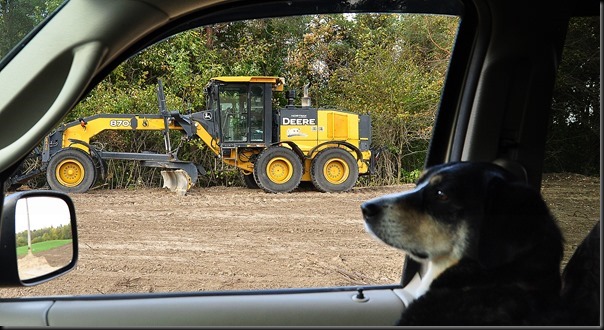 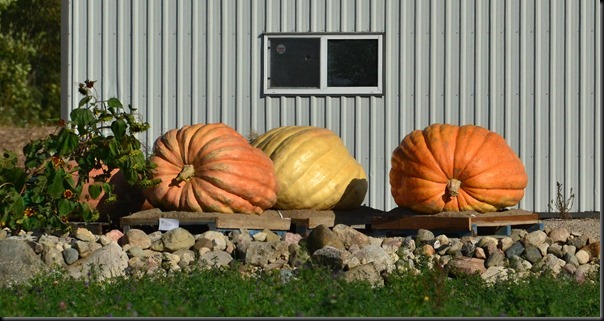 MY MY WHAT BIG PUMPKINS YOU HAVE 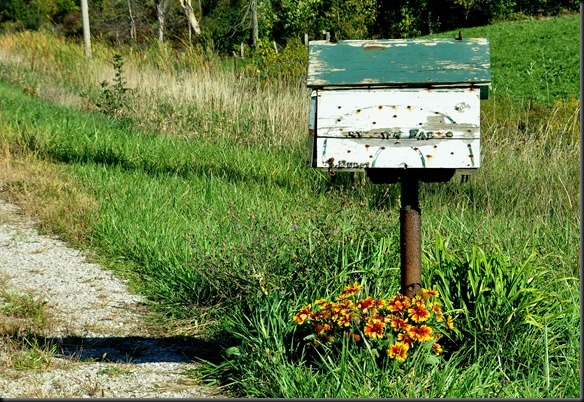 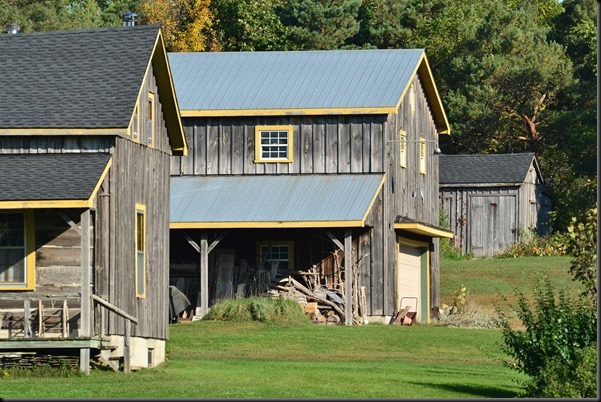 Clouds did mainly clear in the afternoon and oh how nice that warm sunshine felt.  With skies overhead clear tonight we are predicted to head down around the freezing mark so I had better be pulling my woolies on. 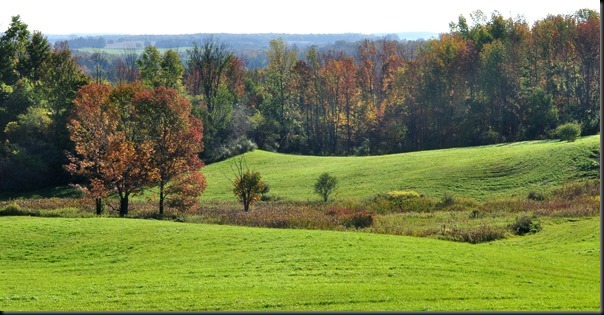 YEP THAT’S THE PHHEBS TROTTING UP THE ROAD 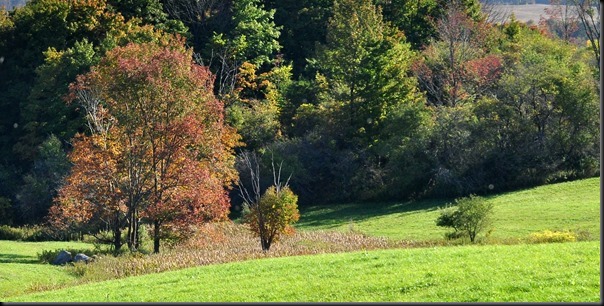 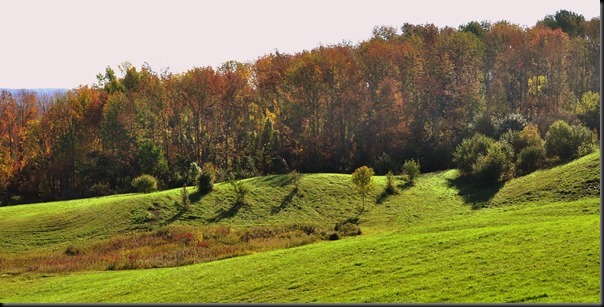 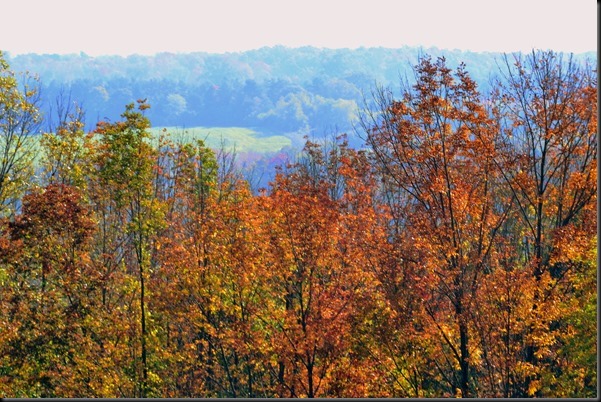 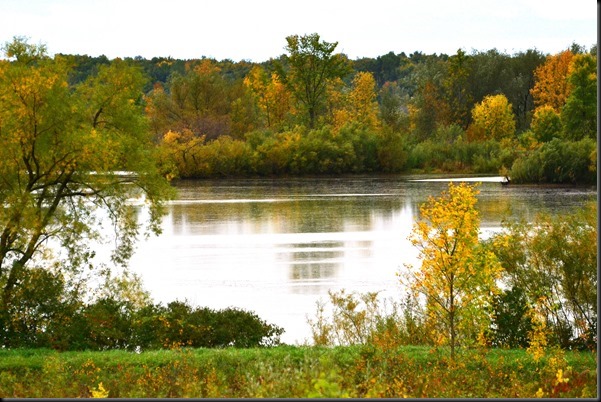 Sure will be glad when all this political stuff is over and done with south of the border except this time I don’t think it is ever going to be over and done with.  The worst may be yet to come.  It’s not the election I’m talking about….it’s the aftermath:(( 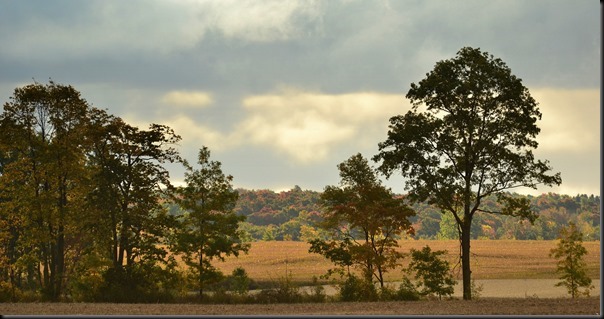 GROANER’S CORNER:((  Long ago, when sailing ships ruled the sea, a captain and his crew were in danger of being boarded by a pirate ship. As the crew became frantic, the captain bellowed to his First Mate, "Bring me my red shirt!"

The First Mate quickly retrieved the captain's red shirt, the captain put it on and led the crew to battle the pirate ship. Although some casualties occurred among the crew, the pirates were repelled.

Later that day, the lookout screamed that there were two pirate vessels about to attack. The crew cowered in fear, but the captain, calm as ever, bellowed, "Bring me my red shirt!" And once again the battle was on.

This time, the Captain and his crew repelled both pirate ships, although this time more casualties occurred. Weary from the battles, the men sat around on deck that night recounting the day's occurrences when an ensign looked to the Captain and asked, "Sir, why did you call for your red shirt before the battles?"

The Captain, giving the ensign a look that only a captain can give, exhorted, "If I am wounded in battle, the red shirt does not show the wound, and thus, you men will continue to fight unafraid."

The men sat in silence marveling at the courage of such a man. As dawn came the next morning, the lookout screamed more pirate ships were approaching, 10 of them, all ready to attack. The men became silent and looked to the Captain, their leader, for his usual command. The Captain, calm as ever, bellowed, "Bring me my brown pants!"