THE FINEST OF DAYS AND THE WINDS OF CHANGE 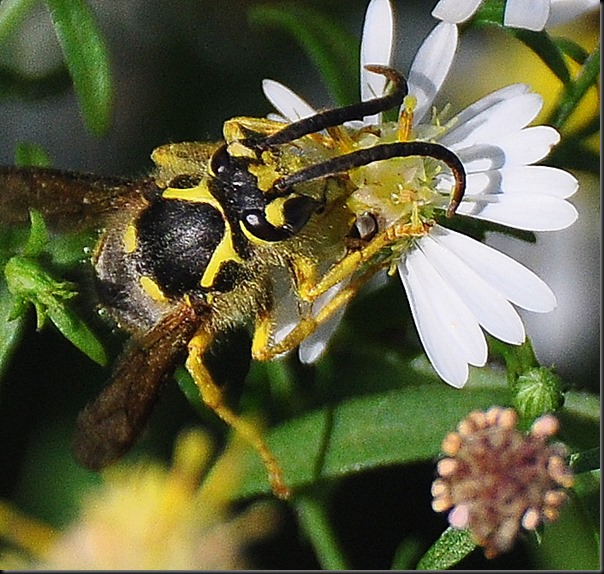 I knew it wasn’t the best time of year to sell a motorcycle, but…..not even one inquiry??  Being a Honda Shadow Aero 1100 it’s a quality low mileage bike.  Oh well, try again in the Spring I guess. 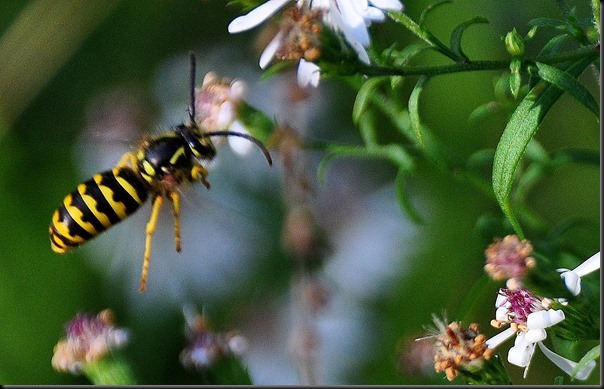 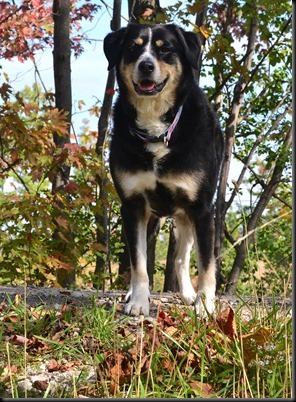 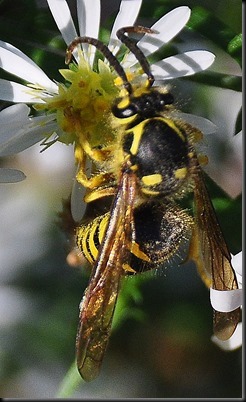 Not a whole lot to write about tonight.  Needed a few things at Walmart so Pheebs and I slipped up to Goderich.  No big ocean going Lake Freighters in the harbor but we did manage a short walk along Lake Huron’s shoreline listening to morning waves tumble up onto the pebbled beach. 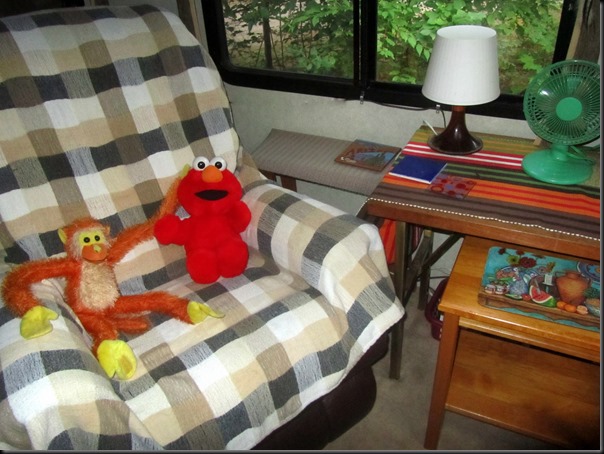 After Monday’s stressful time sanitizing the rig’s fresh water tank I knew i had better not tackle anything more challenging than maybe changing a light bulb today.  I was even leery about doing that. 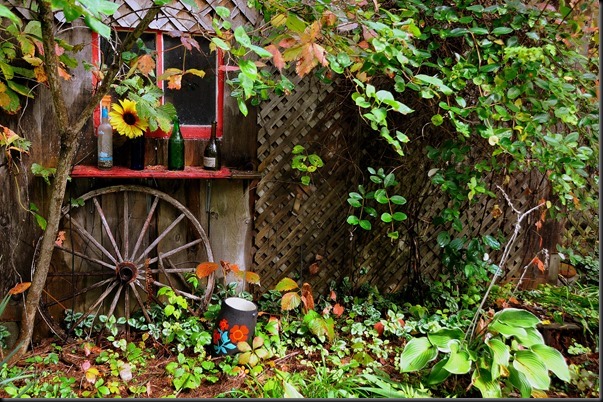 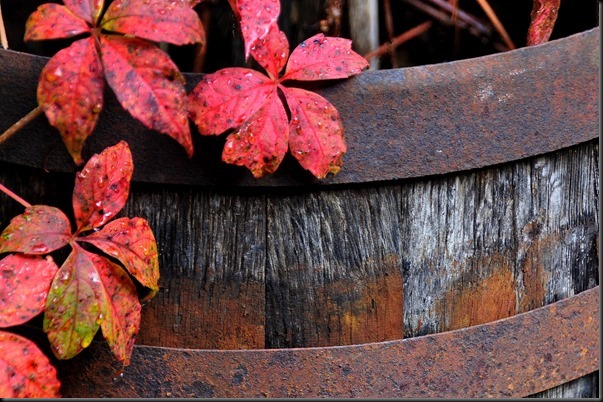 Kelly’s new Blackberry phone arrived Monday afternoon and she wasn’t long in getting the basics figured out.  Must say even I am impressed with the large crystal sharp screen and quality onboard camera.  Became even more impressed when she tapped into some music.  Way better sound quality than our flat screen TV in the sunroom.  And headphone capable to boot.  That’s a big plus for me.  It’s larger than her old Blackberry but it’s thinner and lighter.  Very impressive and it’s actually my very first up close look at a smart phone.  Luckily for our pocket book I am not a phone person or I would for sure be putting a strain on our line of credit wanting a Blackberry too. 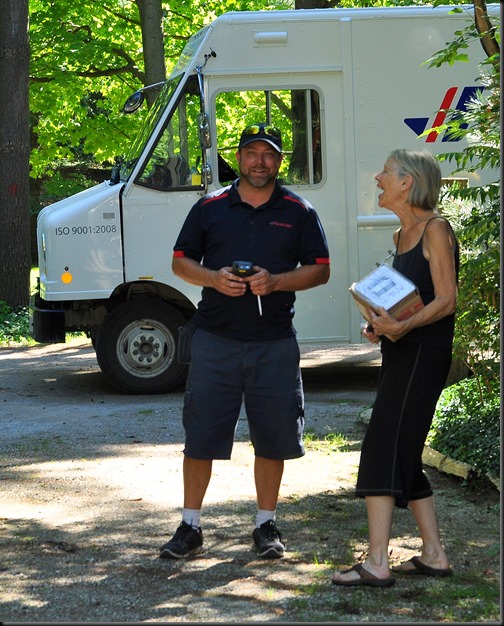 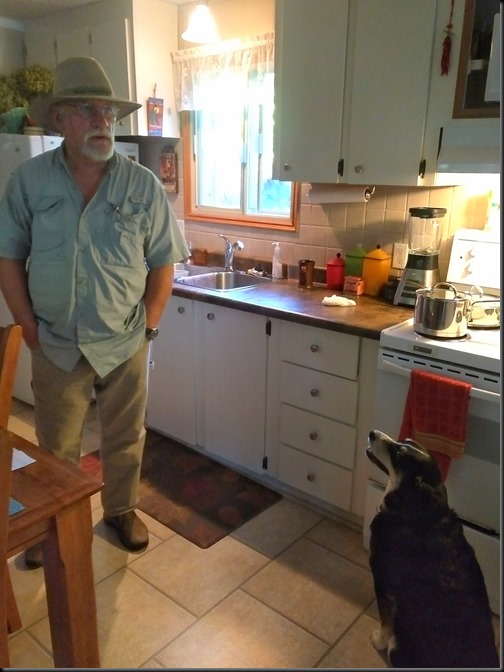 Pheebs and I took us for a walk around the Pine tree trail this afternoon and I couldn't help but marvel at these finest of days.  There is a different casting of light to each day as our Earth rotates slowly northward allowing old Sol's rays to strike us at an increasingly shallower angle.  A changing presence in the air, a diverse feel to the winds, a comforting nostalgic aura of calm.   Daylight hours are shortening, nights are clear and crisp leaving heavy morning dews.  Sounds in the forest are changing.  Songbirds are gone as the air clears itself of buzzing insects.  Crickets are ever present while the shrill sound of Blue Jays give the woods a natural northern feel.  It is the lull before winter's storm and for me it is the finest time of the year.  I am always content to be right here in  Southwestern Ontario during these always beautiful Autumn days. 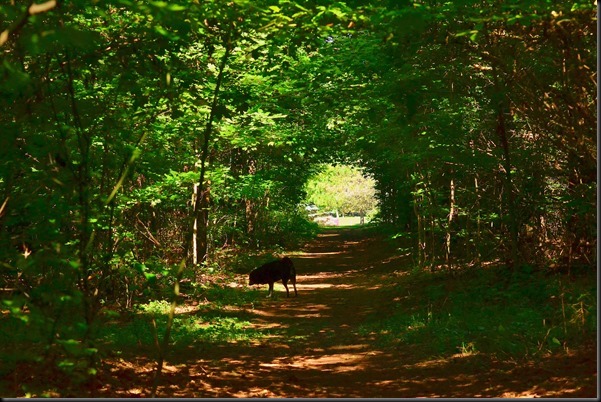 WANDERING ALONG OUR PARK’S PINE TREE TRAIL THIS AFTERNOON

Sometimes tipped back in my comfy recliner late at night surrounded by all the calming comforts of home I think to myself, ‘I wonder how many more RVing years we have left.  One, maybe two, is three years a possibility.  The lifestyle can’t go on forever and the thoughts of ‘hanging up the key’s is unthinkable yet that nagging question is always there and it has been on my mind more of late than ever before.  I may have more to say about this in the coming days or maybe I’ll just not try to think about it so much and let the winds of change blow where they may…………. 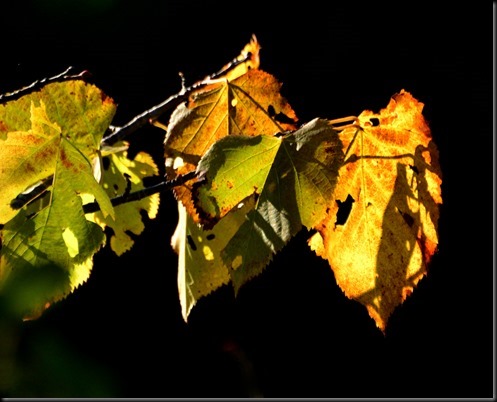 GROANER’S CORNER:((  A man looked at the menu at the airport restaurant, and saw that the sandwiches were named for planes.  "I'll have a 'jumbo jet'," he said.  When the order arrived, he was disappointed to see how small his burger was, but he ate it anyway.  He called his waiter over. "Was that the 'jumbo jet'?" he asked.
"Yeah," the waiter answered. "Went pretty fast, didn't it?"

- Did you know Phoenix is so dry because it's in an arid zone-a.

- What do you call a bunch of rabbits in a row all hopping backwards?  A receding hare line.

After a round of golf, four ladies sat around the club house, chatting.  Seeing the ladies, the Pro approached them and asked: "How did your game go?  The first lady, a brunette, said she had a good round ... making the comment that she actually had 25 riders. The Pro was a bit perplexed not knowing what a "Rider" was.
The second was a blonde lady who quickly chimed in and said that she had a very good round as well with 16 riders.  The third lady then said that her round was average and that she only had 10 riders.  The fourth lady admitted that she played the worst round of the day and that she only had 2 riders all day long.  The Pro was completely confused not knowing what the term "rider" meant. But, because he didn't want to look dumb, he made a quick polite remark, wished the ladies well and then left.  He then approached the bartender and asked "Hey, can you tell me what these ladies are talking about when they refer to "Riders"?"  The bartender simply smiled and said..."A 'Rider" is when you hit a shot long enough to ride on the golf cart to your ball.